Has the campus girl been stressing you a lot? I mean, you invested loads of money and she played hard to get. You finally got her, but every time you pick your phone she is asking who it is you are texting and she condemns female company? Well, here comes the redemption; Eritrea! This poverty stricken country took pity on its men on Monday and decided to help them-by coercion though-to survive the campus girl-esque troubles. You either marry two or more women, or be threatened with jail time! 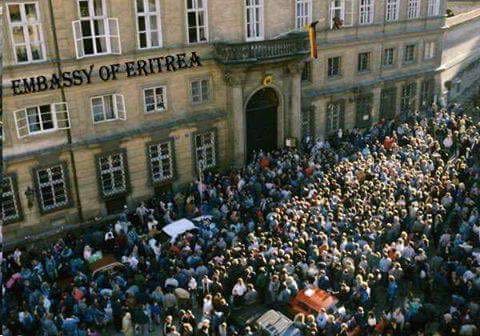 Social media has been errant with this Eritrean talk. Apparently, Eritrea is under populated. Worse still, the few men are outnumbered by the few women. In the government instigating such a law, it is calling upon all the men in the world, starting with neighbouring countries like our own Banana Republic, to go down there (not Mabirizi style) and help the country (as they probably help themselves).

Again, Eritrea is under populated. The priviledges that come with such a situation are untold. You can engage coitus without worrying about family planning, because the country needs numbers. Two, you can have multiple partners and multiple offspring, because the country needs numbers. The women have no option; they cannot refuse. That would be breaking the law, and that is punishable. 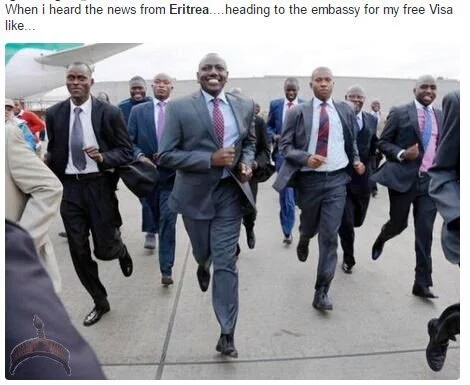 This meme spells it all; gentlemen, don’t be left behind

With such an opportunity, I see mankind celebrating. And by mankind I don’t mean the human race, I mean man, i.e masculine humans. I see mankind renewing their passports. I see mankind heading to Eritrea for redemption. I see mankind ever grateful to the Arabic Eritrean government for hearing the pleas that have so long been lodged in their souls.

In Eritrea it is not okay to be polygamous and still want more; no. It is perfectly legal, ideal and MUST be done by every male. Suck it up ladies, someone is saved. Oh, and deal with it!