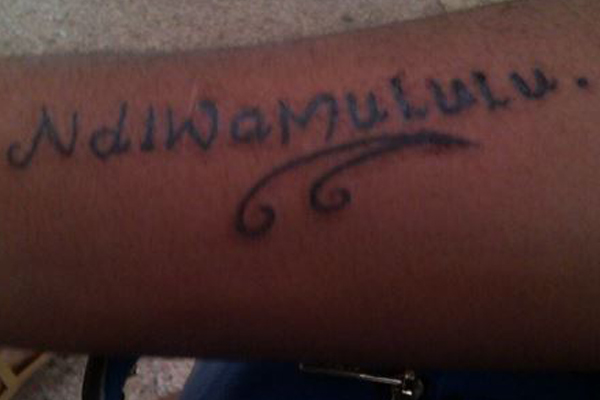 The success of a man, as per one of the English sayings, is determined by his woman. It even becomes better when the woman is an anchor and the best support. Geosteady is one such man. The singer/songwriter who has climbed to fame with his outstanding works in music may have his wife to thank for all this, as he revealed that the famous ‘Ndi Wamululu’ tattoo that has been making rounds in the news is on his wife’s hand.

Approximantely two weeks ago, Geosteady released ‘Ndi Wamululu’. A few days later, many online news sites ran the story of a fan with a too spelling the song title etched on their hand, though not much information was given. 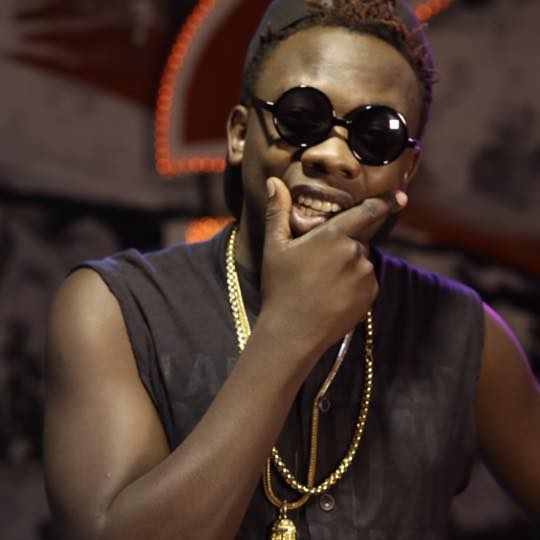 Geosteady was amazed and impressed by his wife’s tatoo

Chano8 managed to talk to Geosteady asking what he thought about the fan, and he dropped the bomb.

“In all my life, this killed me. It is the greatest love and I can’t say thank you because it is not enough” Geosteady said.

“She is my biggest fan, and the tattoo healed. It is actually on my wife’s hand” he added.

Geosteady continues to show an example to many artistes, maintaining a good musical career path as well as properly balancing it with social life, especially family.

His latest works, including ‘Same Way’ ‘Ndi Wamululu’ and now ‘Tukumbe’ which he wrote for Lydia Jazmine are quickly climbing the charts, and with his lady by his side like this, only the sky can be the limit.