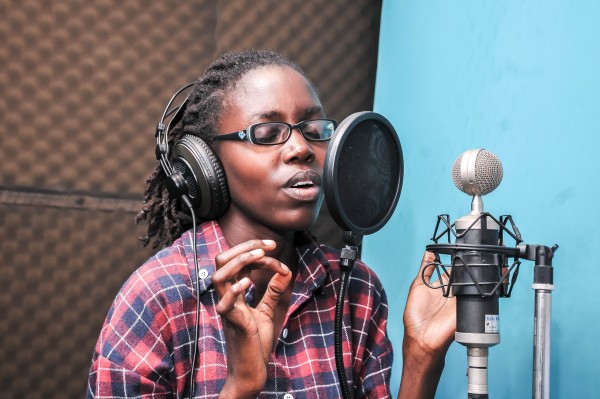 There is a common phrase that states that “no one remembers the second”. However, to Charlene Kasumba, the runner up in Vodafone’s WhatsApp Mania singing competition, it is just a phrase and that is all it will ever be. Recently, she stepped into studio and recorded her first single, to start her career as a musician.

Charlene competed with over 100 participants in the 3 month Vodafone WhatsApp Mania Music Competition that ended in April, making it to runner up and clinching an audio recording contract with Talent 256 International, a widespread name in the Ugandan music industry under the management of Aly Alibhai. 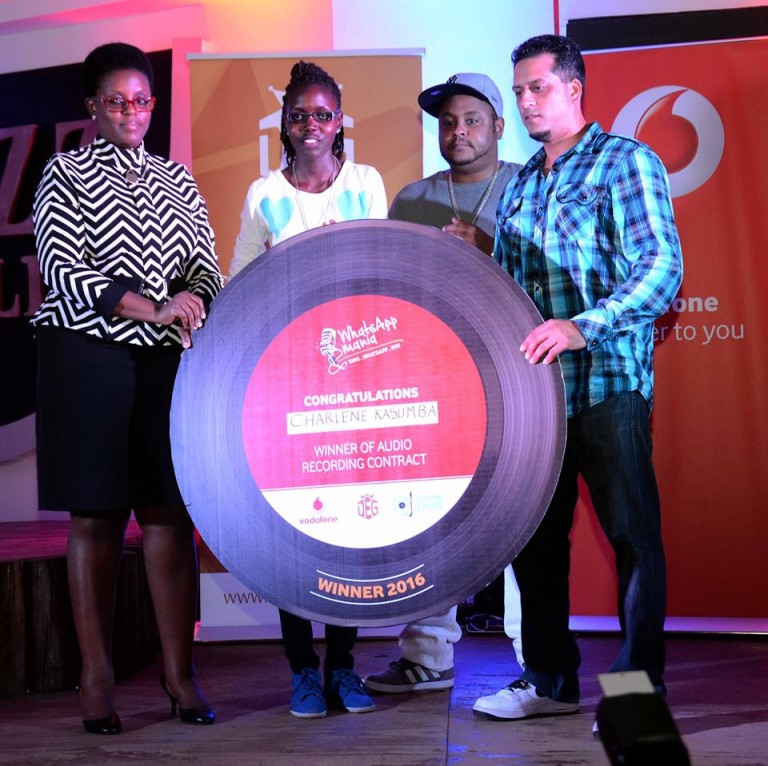 Charlene receiving her award from the organisers last month

The shy freelance photographer has already started exploiting her reward, as she was spotted heading to the Talent Africa offices in Nakasero, and insiders can confirm that she indeed was there to record a song.

Unfortunately the budding songbird was not available to provide a comment on the new venture, and neither was Talent Africa’s Aly Alibhai. For now, we will continue to watch the space as we keep you posted.