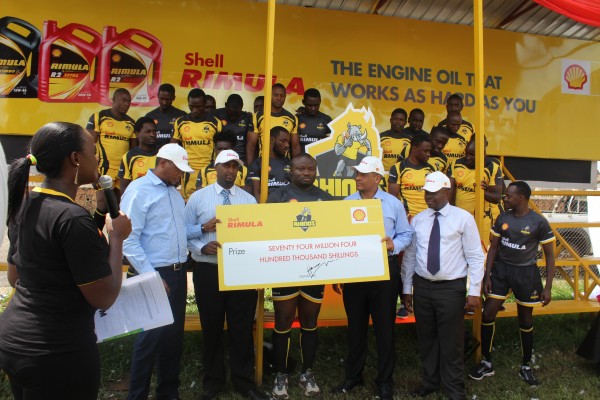 Vivo Energy, a marketer and distributor of Shell products has picked up a big financial syringe and injected it into Rhinos Rugby Club. Through their Shell Rimula brand, they completed a 74.4 million shillings sponsorship deal at Legends Rugby Club today that will see the club rebrand to Shell Rimula Rhinos.

Rhinos unveilled brand new kits for home and away fixtures, as well as a new club logo. 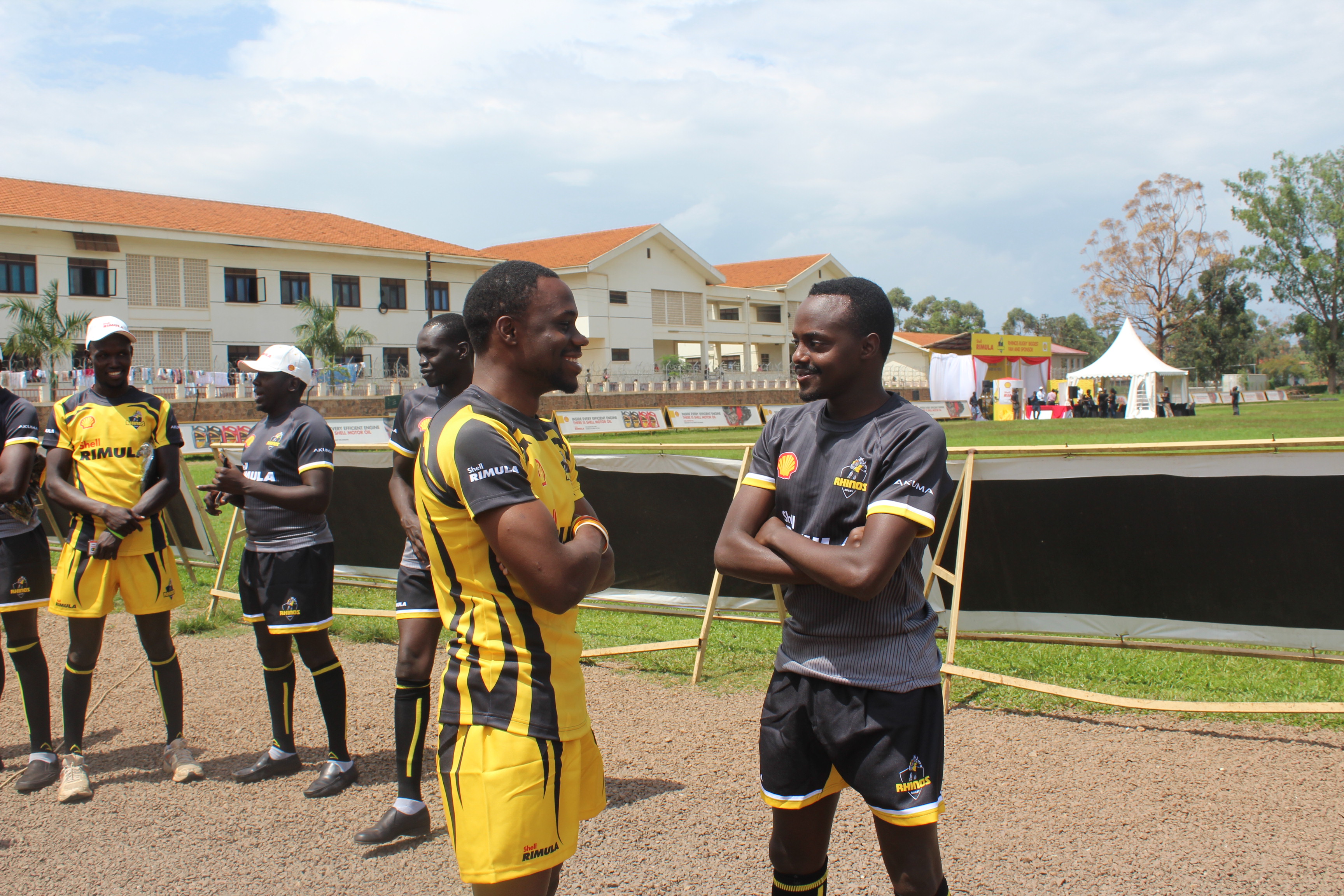 The new Rhinos kits; yellow (home) and black (away)

According to the team captain Marshall Tchumkan, the sponsorship is a boost long awaited and adding it to the strong sense of brotherhood at the club can only make the team stronger.

“We have waited for this so we can come out of our shell and play the rugby we know. We are now transitioning, so I may not promise an immediate trophy, but we definitely will play beautiful rugby and we will make the sponsor happy” he exclusively told Chano8. 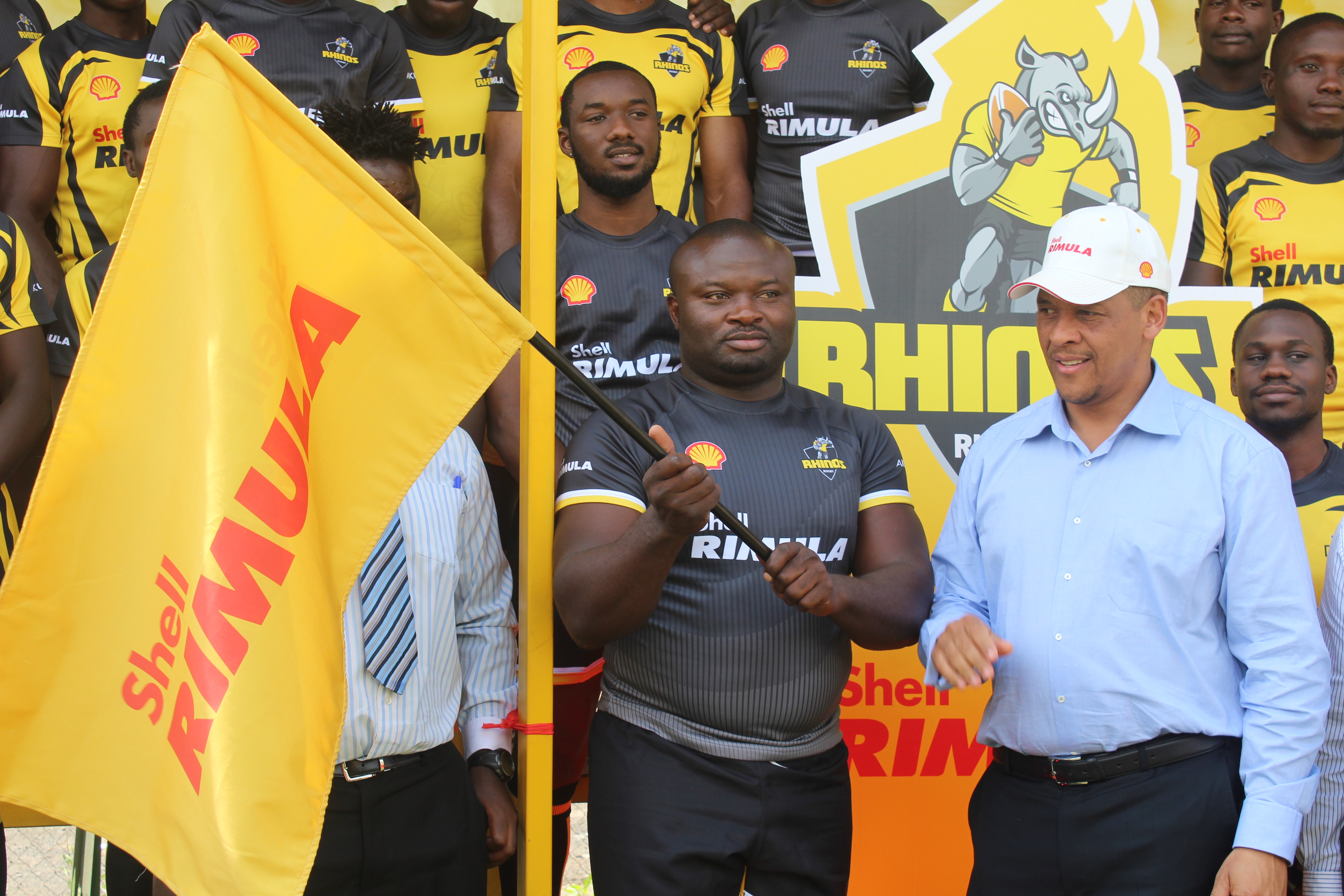 The robust Cameroon-born lock was very appreciative of the fact that the management at Vivo Energy is as rugby minded as the one at Rhinos, so that would be of help in quickly ironing out club matters.

Rhinos Chairman Alex Kalimugogo mentioned that the team is a visionary side, looking forward to winning the league, involving fans and sponsors actively in the game and also hinted on a possible move away from Legends to their own grounds, which he says could be named “The Shell Rimula Arena”. 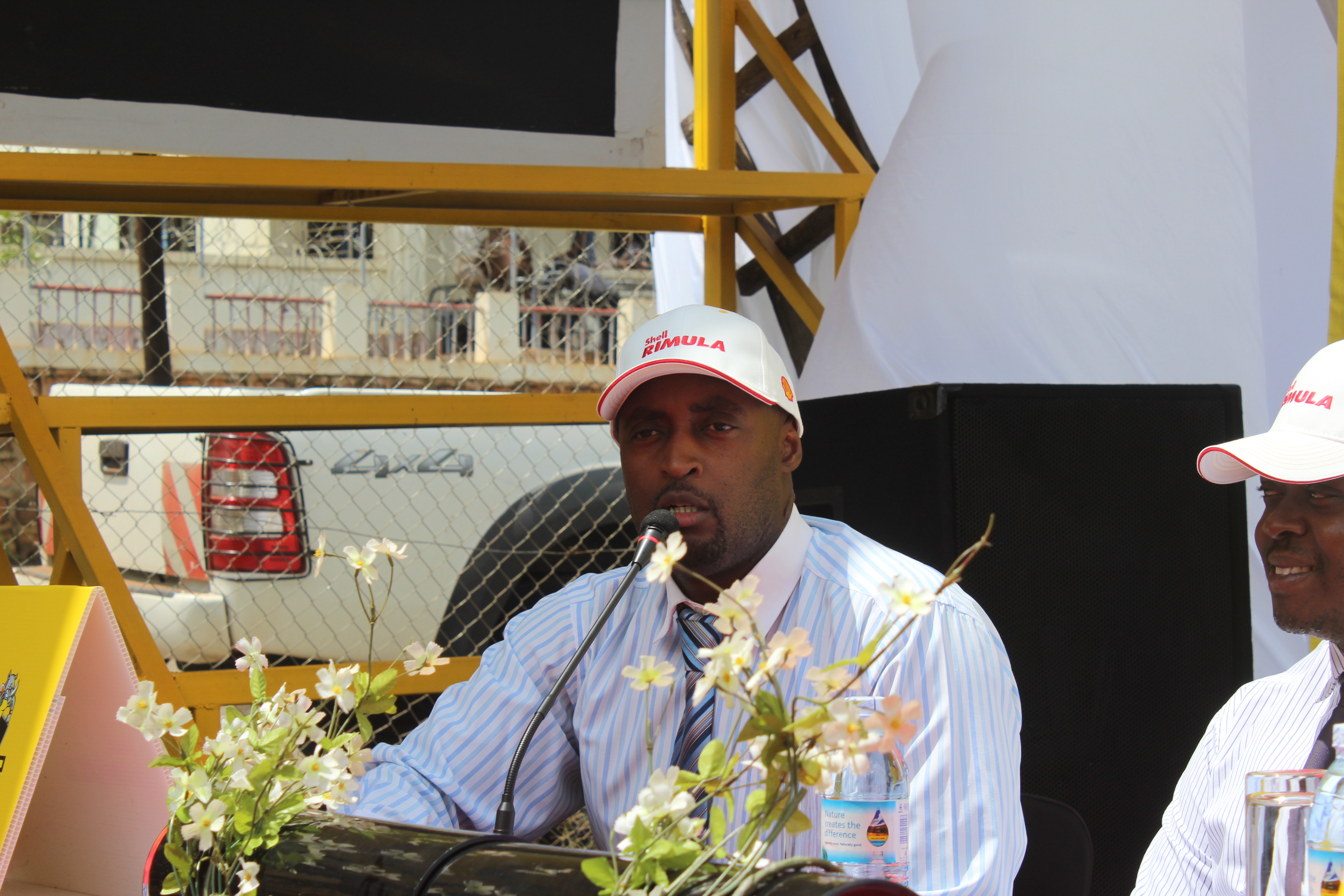 When asked about how players will benefit from the deal, he stated that there will be an overall improvement in their lives.

“We want to improve players’ welfare so they can deliver. We will condition them to boost size and fitness. The leadership of the club will also pursue personal development of the players’ lives off the pitch”. 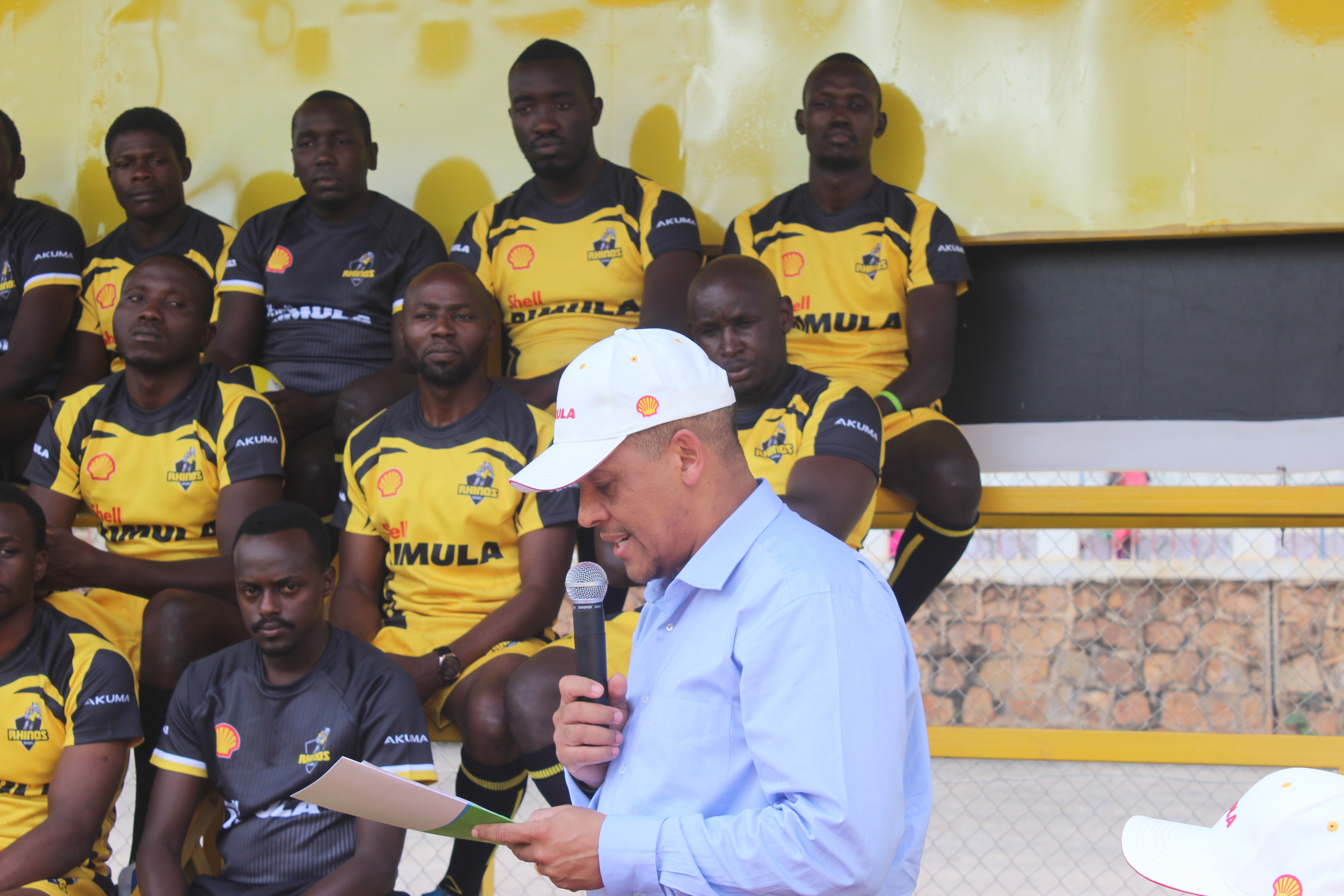 Hans Paulsen delivering his remarks to the Rhinos players

Hans Paulsen, the Managing Director at Vivo Energy called upon the players to be good brand ambassadors on and off the pitch. He stressed that as long as it is a winning partnership, they will stay in support of the club.

The initial contract stretches up to 18 months.