Dancehall artist A Pass recently announced that he will be releasing the Nva Kampala album. There is no doubt that Alexander Bagonza (A Pass) is on a hot streak following several endorsements from Airtel and KFC. He is destined for greatness and it’s only just a matter of time before he takes Africa by storm just like how Nigerian artistes like Wizkid have done.

According to A Pass the Nva Kampala album is going to be one of the most exciting music albums ever done in Uganda. He has set the release date for 13th May 2016. It will also be a variety of different styles like Reggae, DanceHall, Zouk, Afro-Pop, Afro-DanceHall, Ragga, Rnb and Pop.

Some of the songs on the album will include Am loving, Wuuyo, KLA, Follow me, Mariana, Bakyimanyi, Me & You, Bwakedde Mpulira, Tomixinga and Bwakagala Olina among others. All songs were written by A Pass and produced by his close friend Nessim which is only a statement of their talent. 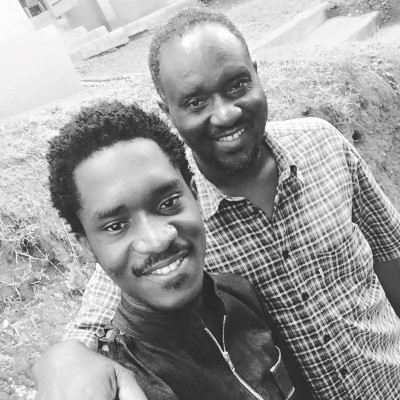 A Pass with his dad

A Pass stated recently that he is promising to quit music for good if his first ever album Nva Kampala isn’t the best album. This is an interesting statement that implies that he is confident about the album which has been mastered from UK and includes only his singles with no collaborations whatsoever. The Nva Kampala album will available on iTunes, Amazon, Tidal, Spotify, Apple Music, Google Play and Shazam among others.