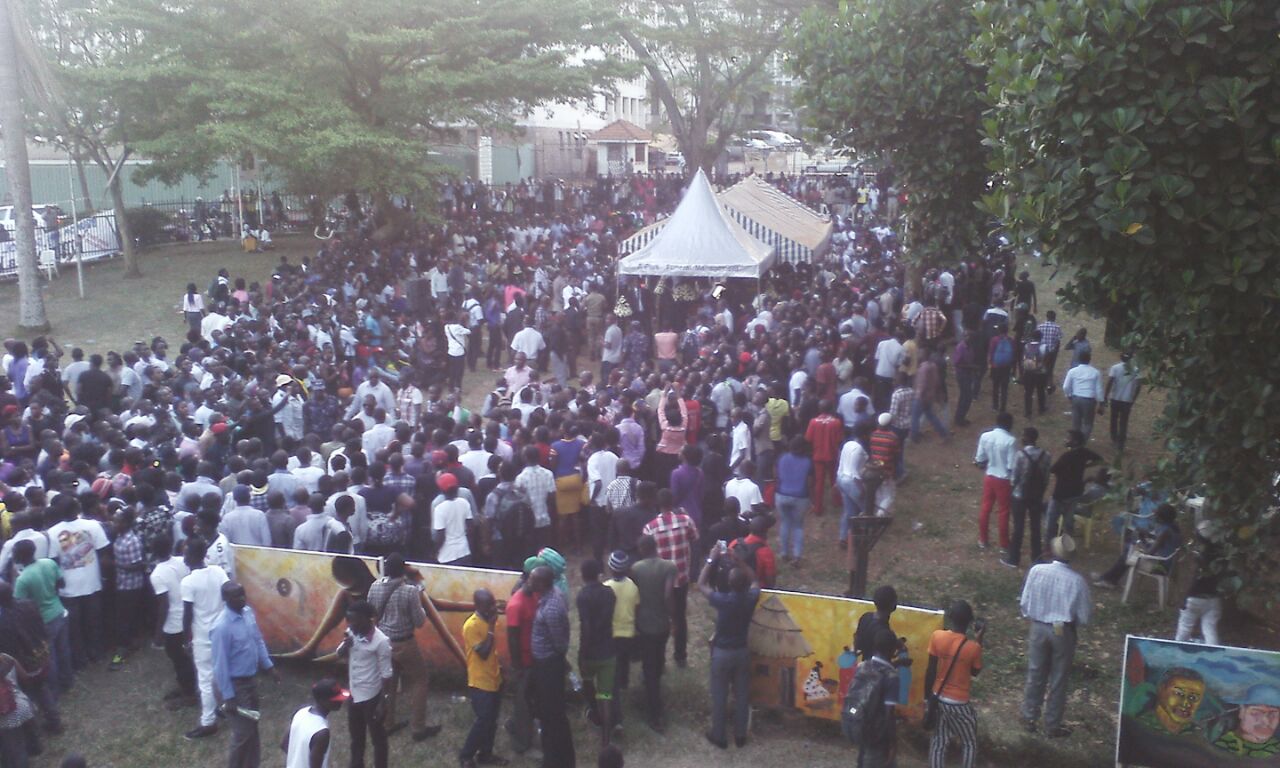 After several hours of waiting, the body of the AK47 has finally arrived at the National theatre for the vigil which will go on until the wee hours of the night.

Several fans and mourners along with celebrities like Radio and Weasel, Toniks, Abryanz, Nince Henry, Chagga and Halima Namakula among others have already made their way to the National theatre where they intend to pay their last respects.

According to our sources, the body delayed to reach the National theatre because it had to be transported from Mulago to Mengo Hospital to carry out a more thorough checkup.

A-Plus funeral management, which is responsible for the transportation and handling of the body has already set up a tent where the body will be viewed from. 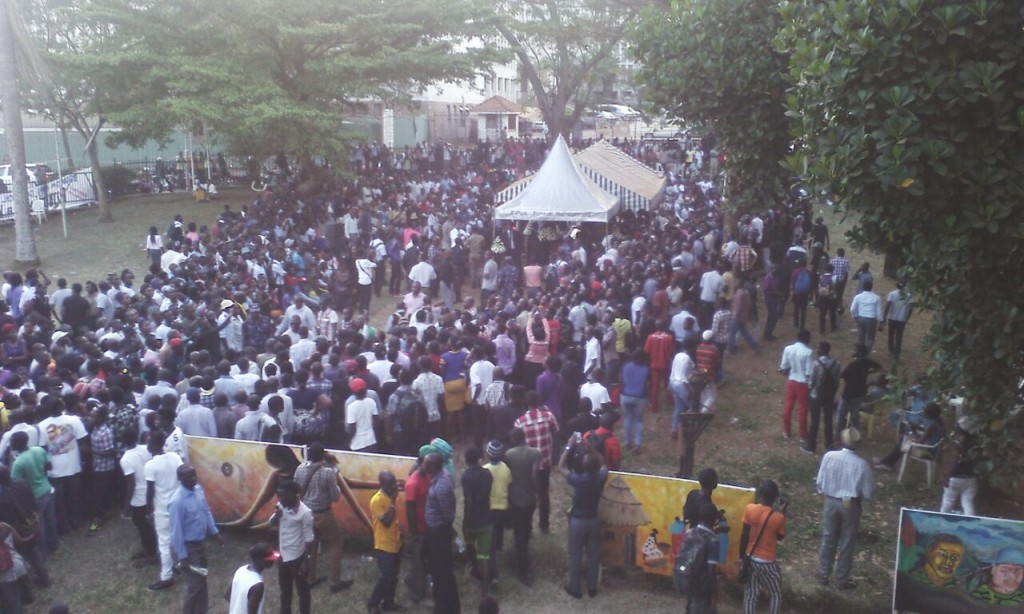 Plenty of people have turned to pay their last respects 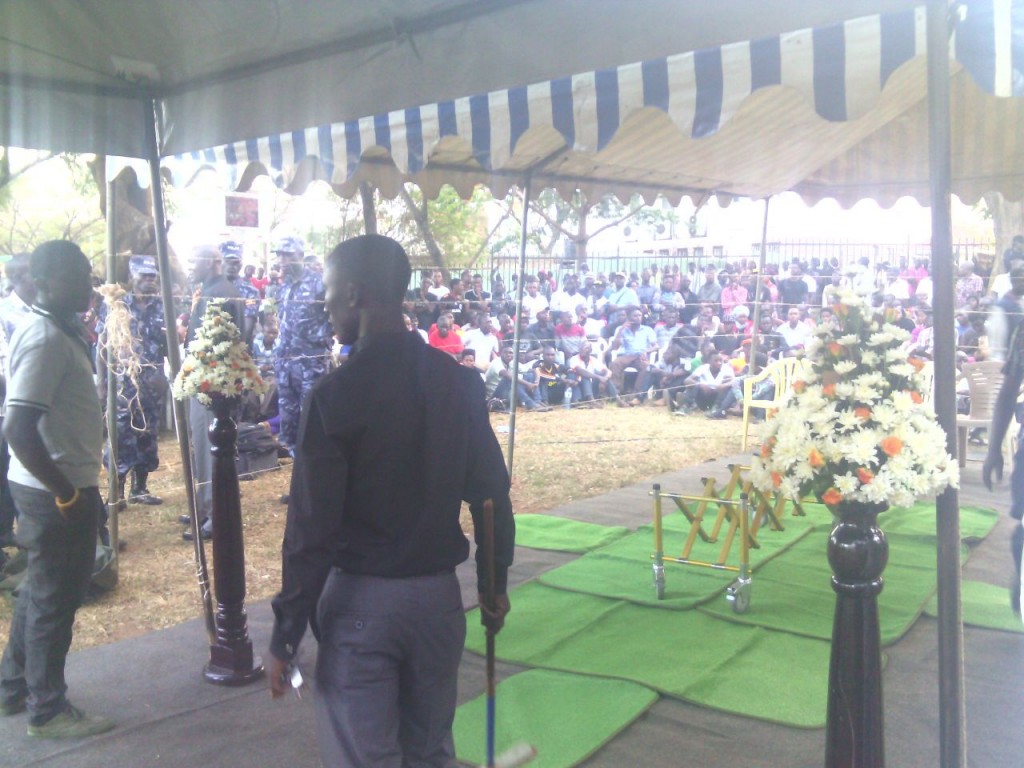