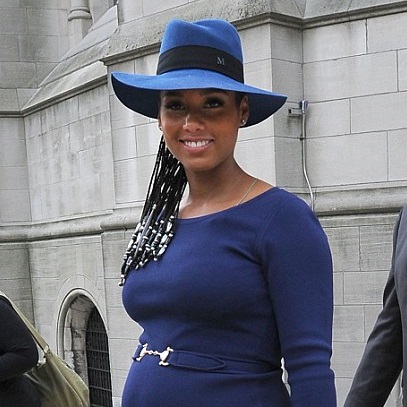 With a very huge fan base, Alicia Keys intends to use them for a greater good.

Alicia recenty posted a nude photo of herself, with only her hands covering her breasts. The picture was purpose driven as she wore a peace sign on her growing tummy, a representative of the #WeAreHere movement, a charitable campaign which she recently spoke with the New York Times about. 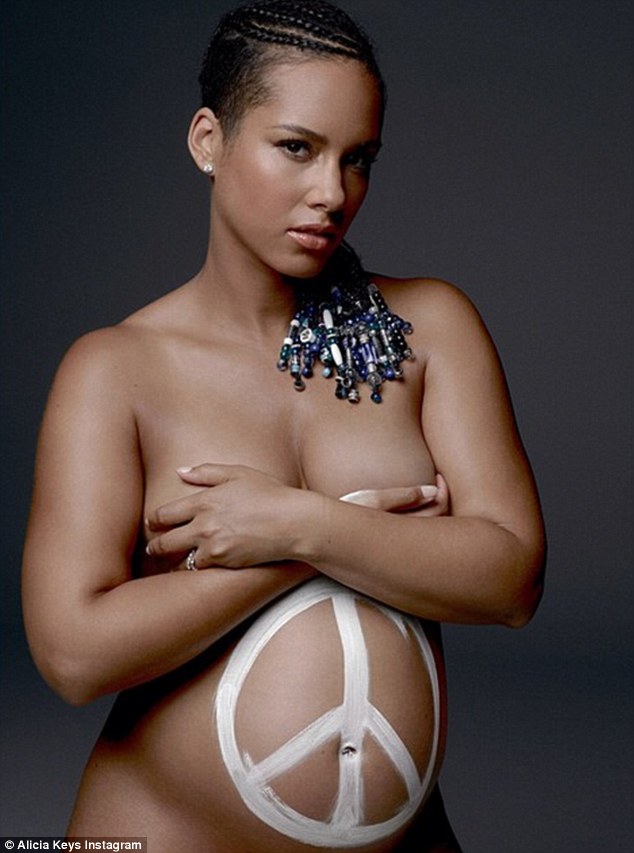 She explained that since the recent events in the Middle East, she has started to consider her role in the world on a more serious level. Recently a friend asked her ‘why are you here,’ and her immediate thought was: ‘Nobody has asked me that question before.’

The main purpose is to bring people together and help find solutions to the problems in this world rather just talk about them and not do anything.

The reason for posting the naked baby bump picture was because it will be able to pull eyes to her cause.

‘It’s time to get people’s attention,’ she explained. ‘People won’t be able to ignore this visual.’

The Falling  singer created the image to express the idea that we should be worried about the type of world we are bringing new children into, and all try to improve it.

‘We’re in the same head space. We think the same things,’ she said, of the injustices facing the world. ‘This is bothering us, so how can we take that to the next step and do something about that, as opposed to just being angry?’