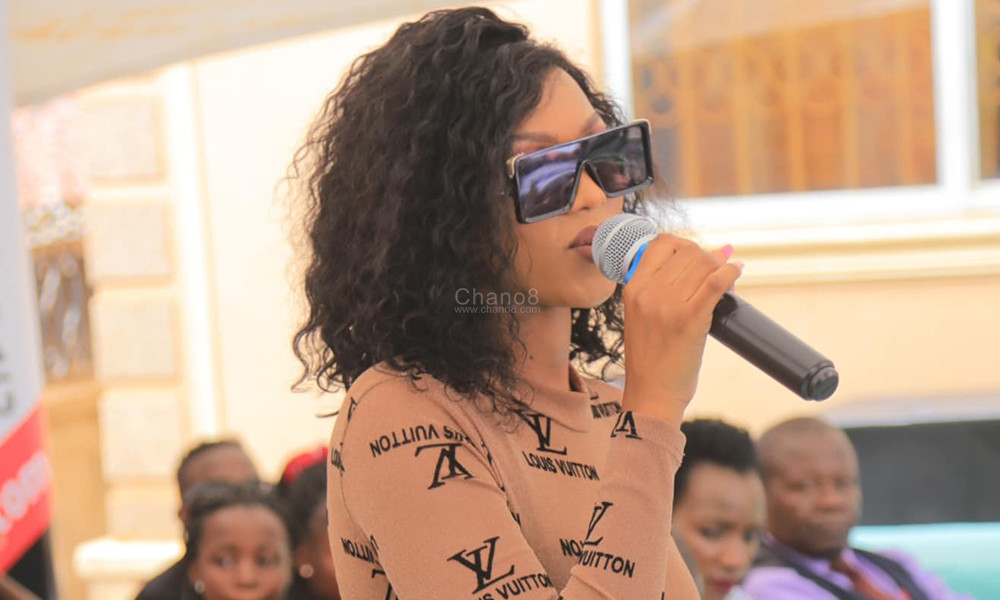 It has become a norm for singer Spice Diana to hold a concert every January and for the two times (2018 and 2019 respectively), she has attracted encouraging crowds and yet again, she is gearing up for this year’s ‘Spice Diana Live Concert’ come Friday the 17th of  January at the Entebbe road based  Freedom City Mall

On Monday morning, the ‘Omusheshe’ singer hosted journalists, bloggers, some artistes, Djs and stakeholders in the entertainment industry at her Makindye,Kampala based studio (32 Records) at a press briefing to bring to light what the fans should expect come D-day

It was not just a press conference but also a party with food and drinks served to the attendees, aimed at saying thank you to, as well as celebrating the good time and cooperation she has from the time she joined the music industry, had with the different journalists, bloggers, musicians, Djs and MCs

“Inviting people and they respect the invitation and come through is something very important. I have never held a press conference as big as this one. We have been holding press conferences to tell people about the concerts but this time we chose to do it differently” Spice humbly said

Spice who has been tirelessly rehearsing ahead of showtime continued to say that she will give her fans nothing but a spectacular musical performance that will see her performing all her fans’ favourite songs live.

As opposed to her previous concerts, the setup will be different and better and the performances from curtain raisers will kick off as early as 7 PM sharp.

“This  is going to be the best concert this year. It will be a live band strictly and we have rehearsed with the best team in Uganda. She will sing 15 songs for 2 hours and a half nonstop.There will be lots of surprise acts. I will be working with a tough crew who will not tolerate any disorganisation on stage” Said producer Bushington who will produce the concert come 17th January

“I will work with Fenon Events for the stage, sound and lighting. There will a lot effects, choreography, she has over 50 dancers and the costumes have already arrived from abroad so come and have a good experience” Bushington added

The Spice Diana Live concert is powered by Club Pilsener, Africell, Yaket Water and World Star Betting and entry fee is Ug Shs 10,000 and 30,000 for ordinary and VIP treatment. 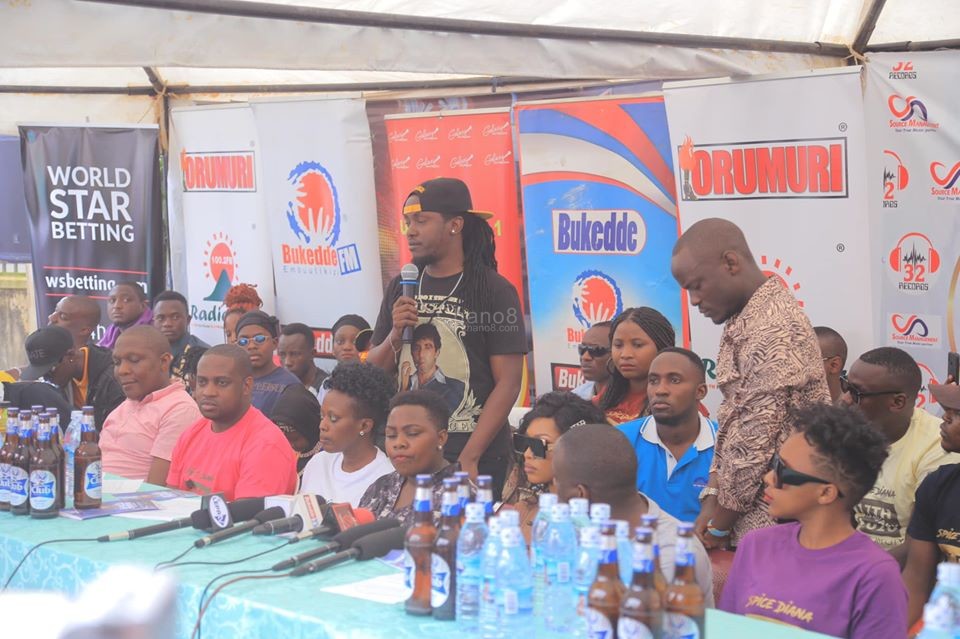 Producer Bushington speaking at the presser