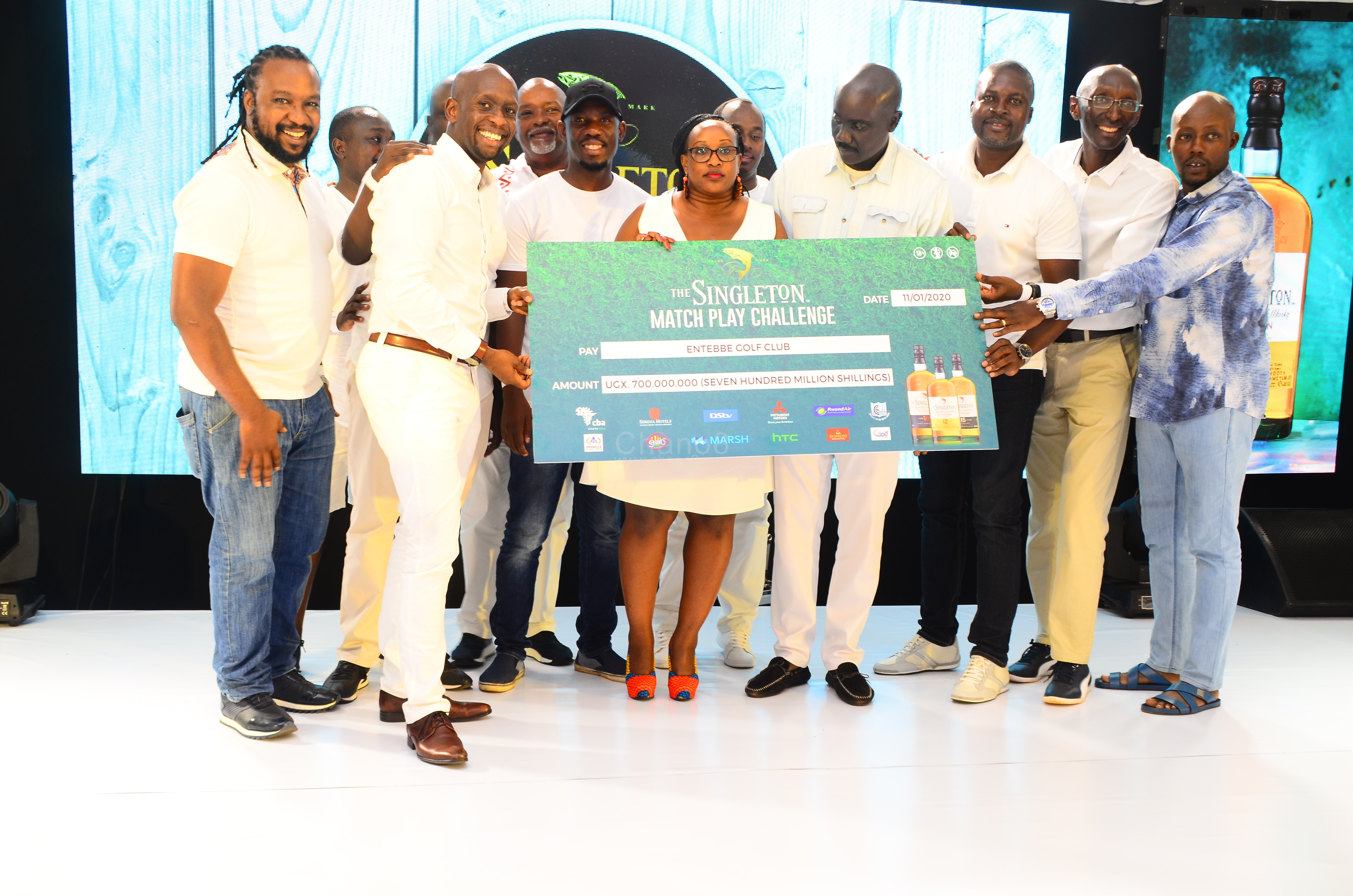 The Entebbe Golf Club was draped in all white on Saturday night as the Singleton Match Play Challenge celebrated the opening round of their 2020 edition during an all-white 19th hole experience that took place at the picturesque course.

Undoubtedly one of the most sought after golfing tournaments in the country, the 2020 edition opened up with a bang as over 100 golfers tried their best to make the cut and be part of the 64 pairs that will in the course of the next seven months go head to head on the grueling course for a chance at the grand prize.

The night also saw the cream of Uganda’s golfing fraternity dine and make merry to the start of an action-packed season. Hosted by celebrated comedian Patrick Salvador Idringi, the night was filled with laughter and comedic wit as Salvador took guests and revelers on an emotional roller-coaster with jokes on end. 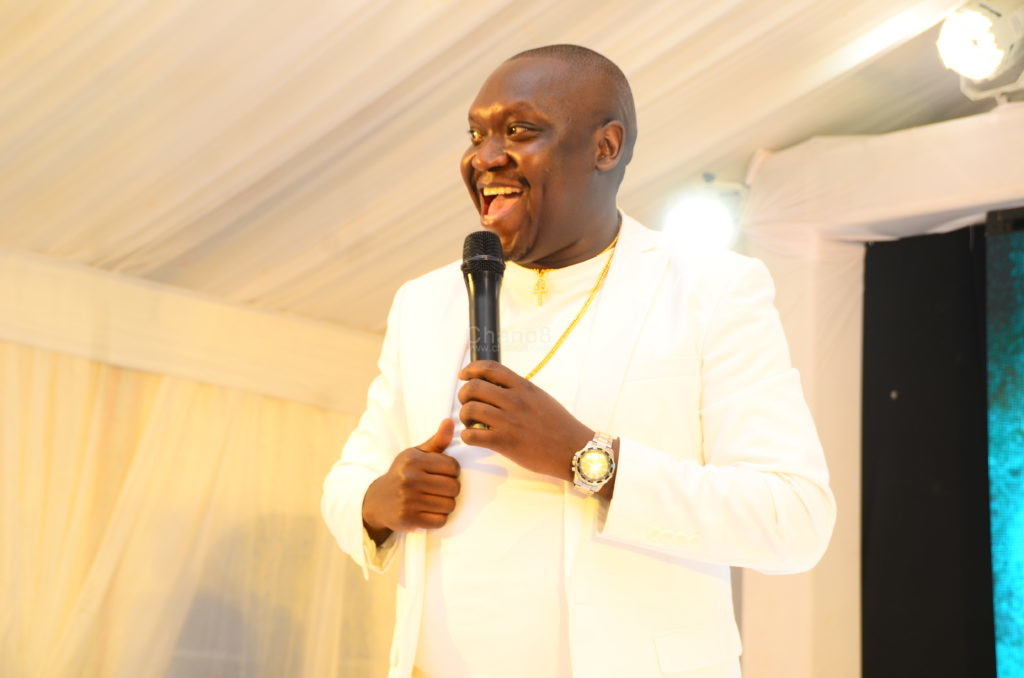 Man from Onbokolo Salvado Idringi cracks up the golfers during the challenge.

60 pairs joined the defending champions while the other three pairs (wild cards) were picked by the sponsor(s) to make the final 64 pairs. These will be playing starting on February 8, March 14, April 18, May 9, and June 20 all the way to the grand finale that is slated to take place on July 18.

Addressing guests at the event UBL’s head of Whisky Portfolio Annette Nakiyaga could not hide her excitement at how big a vision the Singleton Match Play Championship has become.

“I cannot tell you how excited I am that we are doing this once more, if the last three years have taught us anything is that with hard work, commitment and determination we can build something as big as this.I have a feeling that this is going to be yet another exciting year at the Singleton,” said Annette Nakiyaga, UBL’s Head of Luxury Portfolio. 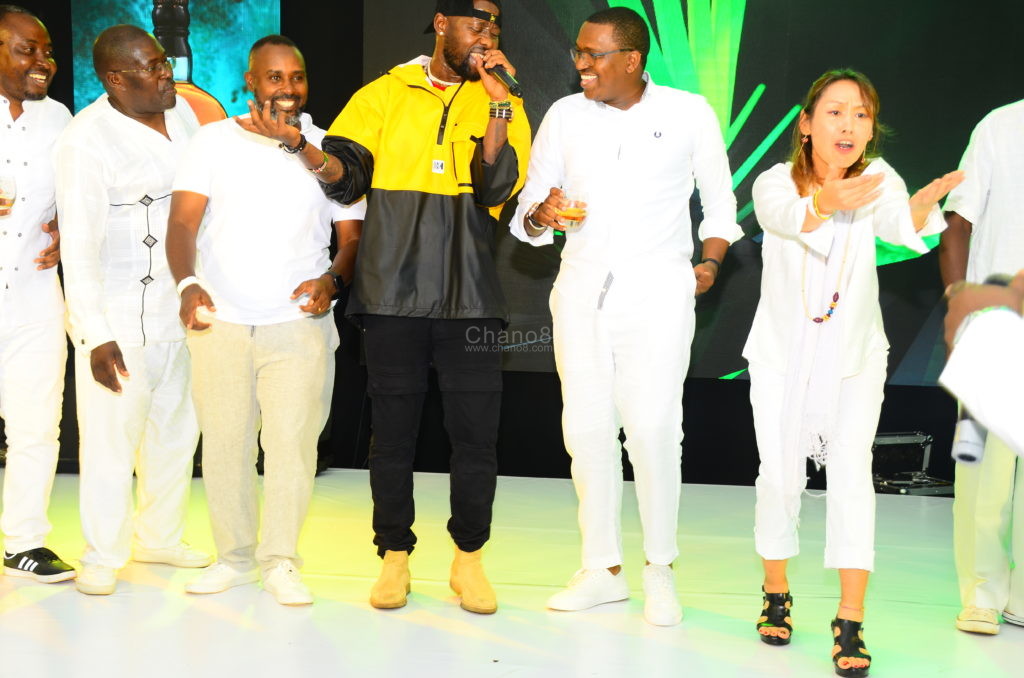 Singer Eddie Kenzo entertains the golfers as the celebrations continued.

The winning pair will get a fully-paid trip to watch the OMEGA Dubai Desert Classic, a series which has welcomed some of the best golfers including Tiger Woods and Henrik Stenson. There will also be business class return air tickets for the first and second runner-up pairs, as well as the winners of the subsidiary events in both the men’s and ladies’ categories. Other prizes include monthly subscription packages on DStv, golf accessories and HTC goodies. 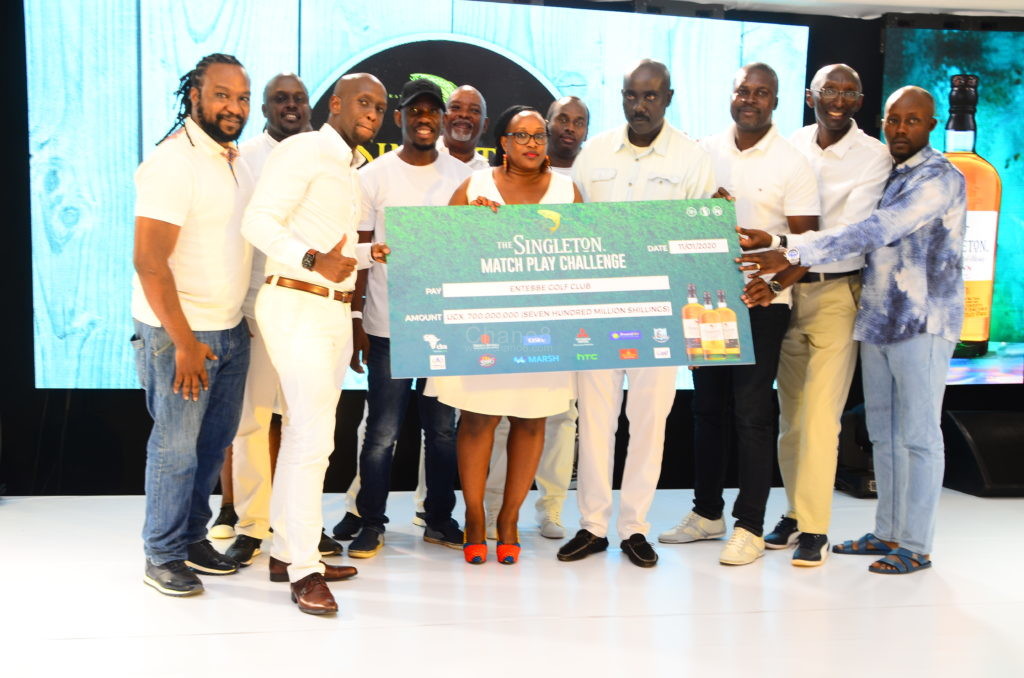 Winners walked away with mega prizes after the tournament.