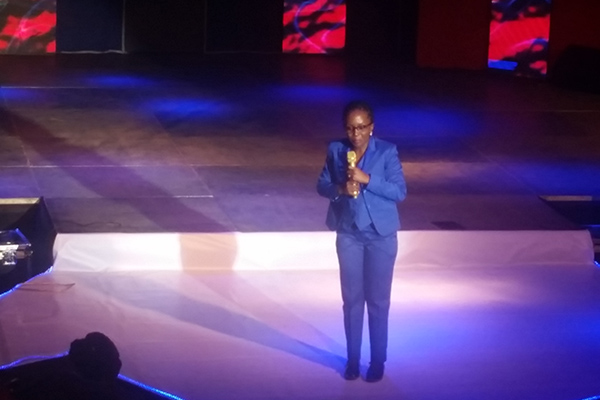 Starting with an amazing performance Lillian Mbabazi’s Sundowners band, the I am Kansiime show was bound to be a major success and indeed, it was more than what people thought it would be.

When the guest of honour Yvonne Chaka Chaka took her seat at the V.I.P section, Lillian Mbabazi welcomed Kansiime and her sister on stage. The African queen of comedy showcased her good vocals while doing the famous Kigezi dance that her tribe mates and other fans pumped for what was going to be an exciting show. 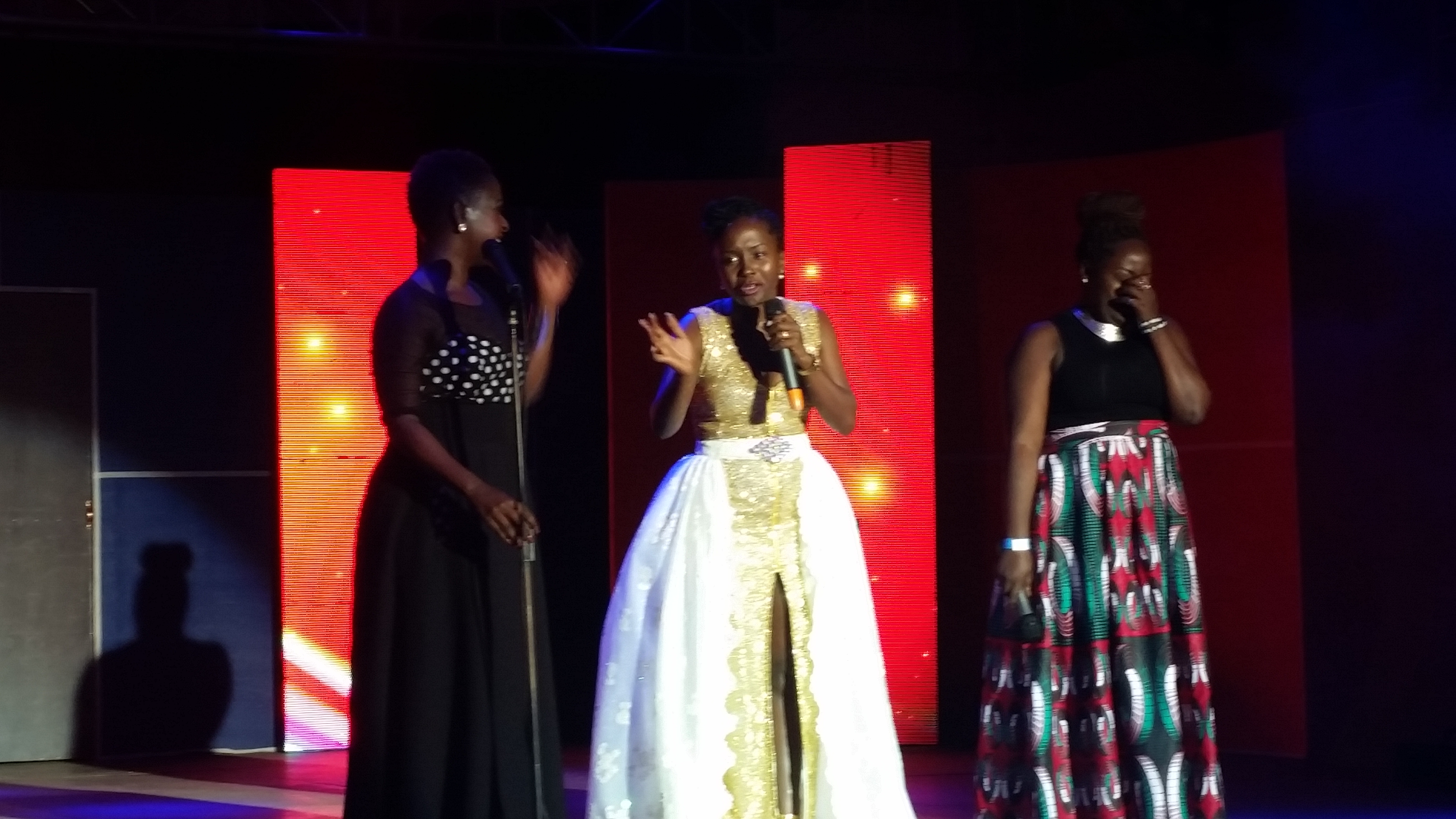 Lillian Mbabazi, Kansiime and Shane put on a flawless show

With Kansiime being the main act, she started off her skits all dressed in school uniform and boy oh boy, her rib-cracking performance had fans gasping for air. Her Fun Factory family also had their moment of absolute madness when they showcased their skits which were basically about modern life from marital struggles to clubbing and drugs among others. Everything was well planned out and went according as planned.

When Kansiime walked on stage for her main performance all dressed in a blue suit she was welcomed with a round of applause. She started off by hitting at NTV for always using beautiful girls like Flavia Tumusiime and Faridah to read the news and that if she was part of the team she would be a freelancer because they wouldn’t want to associate with her. Taking a shot her husband Ojok, she said he now days knows everything that’s happening in the world thanks to NTV hiring Flavia.

Kansiime’s performance was so jaw dropping that at one point, she went off the script and hit at the couples who would laugh and seek for support on their partners, ‘can’t you laugh and keep your hands to yourself’ she wondered. 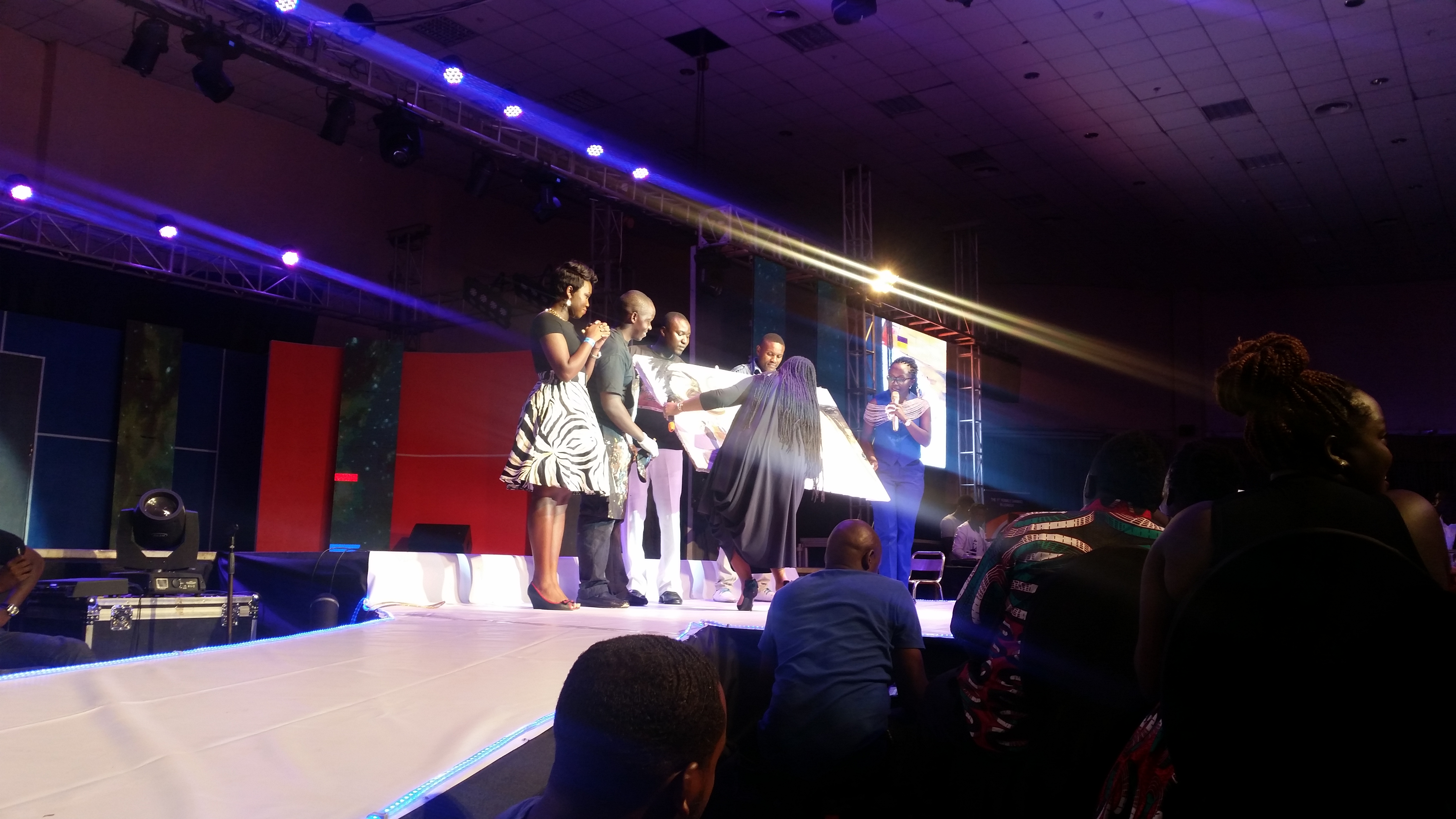 Yvonne Chaka Chaka is presented with a painting

Yvonne Chaka Chaka who made a trip all the way from South Africa could be seen cracking up at the jokes and little did the fans know that she was going to bring out her dancing shoes. While thanking and praising Kansiime at the end of her performance, the legendary artiste put on show for the fans by performing her popular songs like umqombothi which was a fan favourite in Uganda.

With that said, the I am Kansiime was definitely worth every penny.