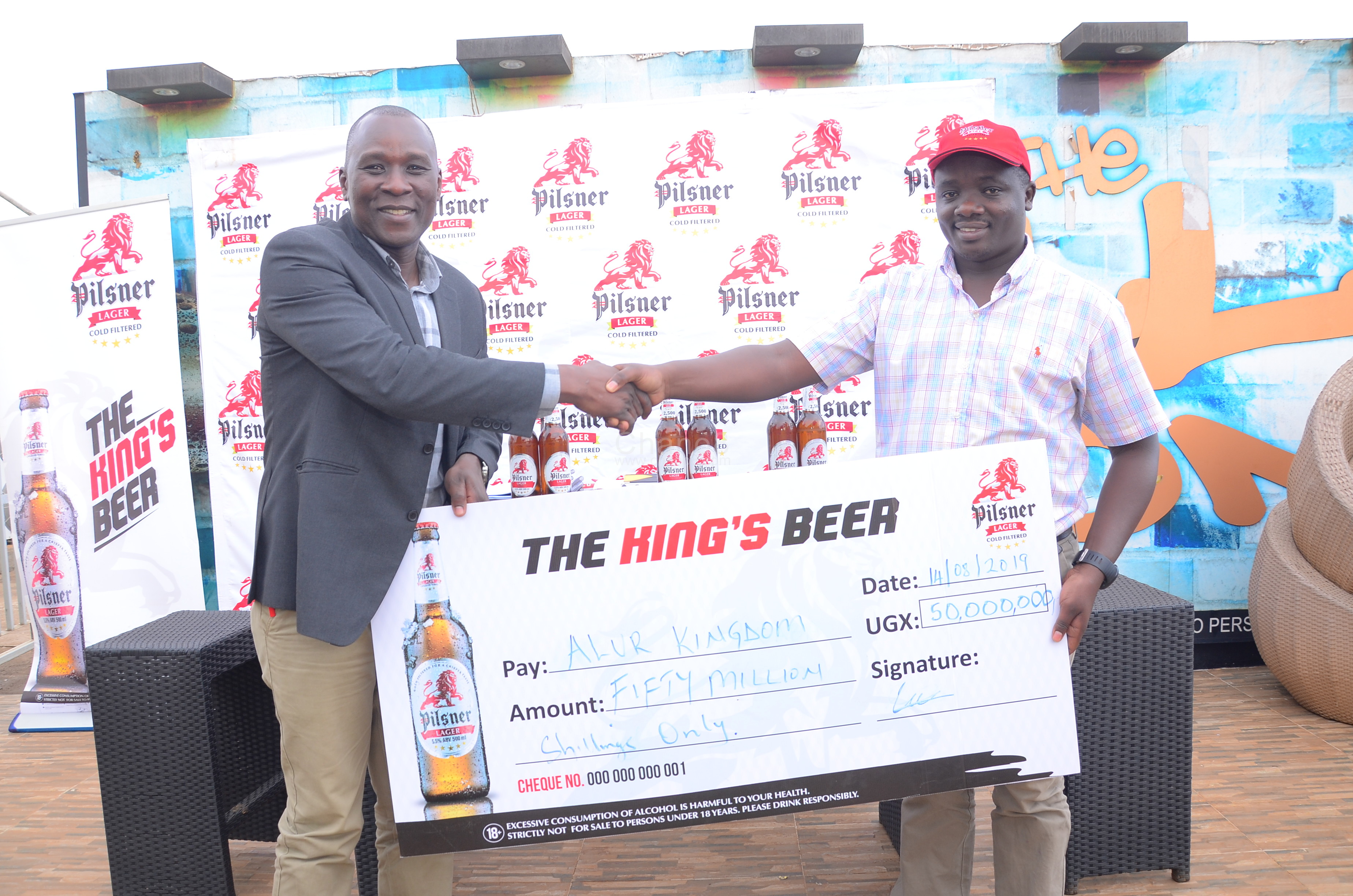 The tournament dubbed ‘Kopu Pa Ubimu’ which runs until September 30th has received a UGX50 million massive cash boost from Pilsner Lager. The football tournament is an annual event that is played by the youth in the chiefdoms in the Alur Kingdom.

It will be played at Zonal level (knockout, home and away basis), second round, quarter final, semi-finals and then finals.

While announcing the sponsorship package, Value Beer Brand Manager, Edgar Kihumuro told the media at the Brewery in Luzira that Pilsner was delighted to be part of the celebrations which will unite the Alur people through sports especially the youth.

This year’s preliminary qualifying games will be played among the 32 teams in the Chiefdoms and Chief-lets in Alur Kingdom and will be played in different venues throughout the kingdom. 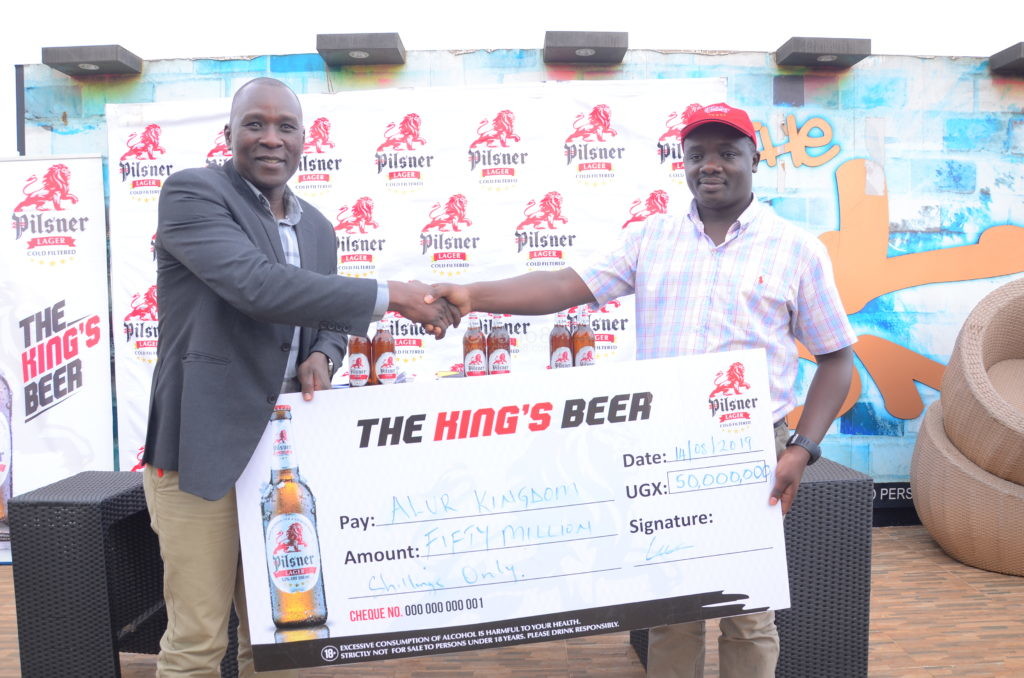 Edgar Kihumuro the value beer Manager handing over a 50 Million cheque to the Rt.Hon Vincent Ochaya the Prime Minister of Alur kingdom.

“The love of football by our young people is incredible and that is why the Kingdom organizes this tournament every year to unite them and also showcase our traditional customs and pass on this knowledge to the youth to ensure continuity of culture. All the elements of the celebration are focused on the preservation of our history, tradition, culture, and heritage as Alur people,” said the Kingdom’s Premier, Rt. Hon. Vincent Ochaya Orach.

The organizers of the tournament expect to attract over 5 million participants and spectators this year from within the kingdom and the neighboring Democratic Republic of Congo. In addition to the cash sponsorship, Pilsner Lager has also pledged prizes for the winners and will also provide the kits for the participating teams.

The opening match will be held on August 15th at Nebbi Primary School Grounds. The tournament will attract participation from 16 teams drawn from the districts of Zombo, Nebbi, Pakwach and the Democratic Republic of Congo.

The finals are expected to be held on September 28th and will be presided over by King Ubimu Philip Olarker Rauni III.