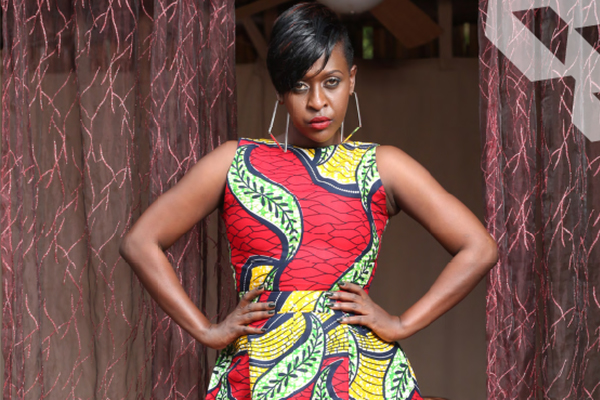 Lilian Mbabazi is one of those music divas who is so focused on her music career.  She was one of the original members of the most famous but no longer existing all-girl singing crew called the Blu*3 which had divas like Cindy, Jackie Chandiru and Mya who joined after Cindy had quit. Reasons for Blu*3’s inexistence are still scanty but apparently all members including Lilian herself went solo.

However, her taking on a solo career has not held her back but instead has come with a whole lot of goodies and successes especially after holding a massive and sold out concert dubbed the ‘Up Close And Personal’ at one of the biggest and prestigious hotels in the country, Serena. She is a kind who is so self respectable, a mother of two and gives respect, love and support to fellow artistes, this has seen her career prosper higher and doing many collabos for example one with dance-hall star A Pass entitled ‘Memories’, which is doing so great currently.

Talking about love and support to fellow artistes, the ‘Simple Girl’ hit singer recently confessed how she is a fan of Tanzanian born super star Alikiba and his music, “It’s always great meeting artists from other countries… Finally met the talented Alikiba from Tanzania, oh and am such a fan of his music”. Said Lilian in a social media message. Alikiba is the master mind behind hit songs like ‘Mwana’, ‘Chekecha Cheketua’ among others.

The sky is the limit for the ambitious music diva as she takes on this challenging music journey, and we wish her all the best. The user-friendly Chano8 App is now available for free download on Google play store. Please download and install for a chance to win tickets to upcoming concerts.