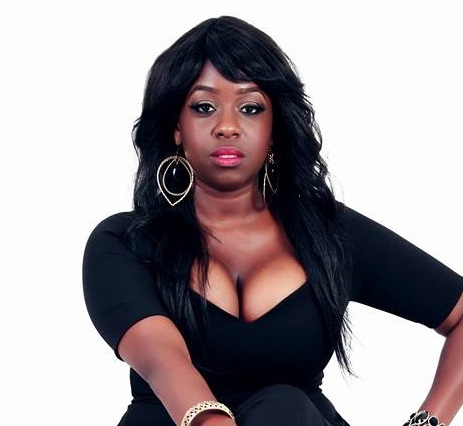 Following yesterday’s story from Kampala Sun where artiste Angella Katatumba is said to have received 60million shillings from city tycoon Jack Pemba after they had a sexual relationship. This didn’t go well with the “For you Gulu” artiste who decided to sue the company together with the writer over allegations of defamation and distorted publication of malicious information.

“I seldom respond to tabloids. After all, words like “allegedly” exonerate journalists behind these stories and personally, I’ve never gone after any media house because, I understand that it’s one of many ways for certain journalists and media houses in this town to make their money. Much as there are some responsible and respectable journalists, there are also some reckless and irresponsible ones who ruin the reputation of journalism. With that said, the most recent Kampala Sun stories published about me involve larger issues. The Kampala Sun journalist, Solomon Muleyi, called me prior to publishing these stories and I gave him DETAILED accounts of the truth. To my surprise and shock, this “journalist” Solomon Muleyi, ruthlessly without any consideration whatsoever, repeatedly kept on writing distorted versions of the stories that have hurt my reputation and businesses in more ways than one. Solomon’s irresponsible and malicious tone that stated obvious lies as facts even after finding out the truth from me, are at the very least negligent and more importantly illegal. Luckily we live in a world where illegal acts are punishable by law.” Angela posted. 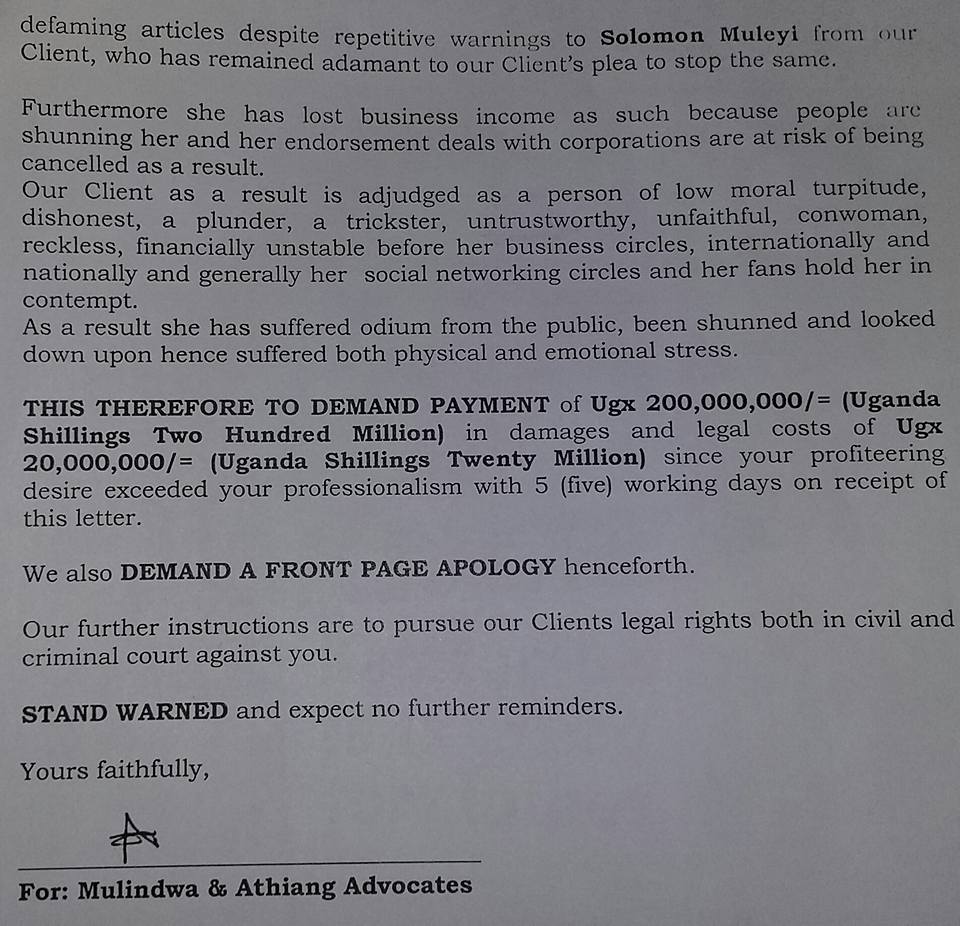 Through her lawyers Mulindwa and Athiang advocates, the main reason for the notice of intention to sue are based on false and untruthful stories published by Solomon Muleyi. They also added that the articles were defaming their client, who is a role model to many because she’s a director at Hotel Diplomat, Climate change icon of British council and an artiste at the same time.

In compensation, Angela and her lawyers want a total of 200,000,000 million shillings in damages and 20,000,000 for legal costs as well as a front page apology from Kampala sun.

However, Solomon says he has proof that he received the info from Angela’s ex-boyfriend known as Kiyingi Newton who sent him messages of whatever transpired between her and Jack Pemba. “Angela’s ex-boyfriend Newton who is also a rapper by the stage name NTO is behind this whole thing of tarnishing her name. He called me and gave me most of the information I wrote and I have screenshots to prove that.” He said.