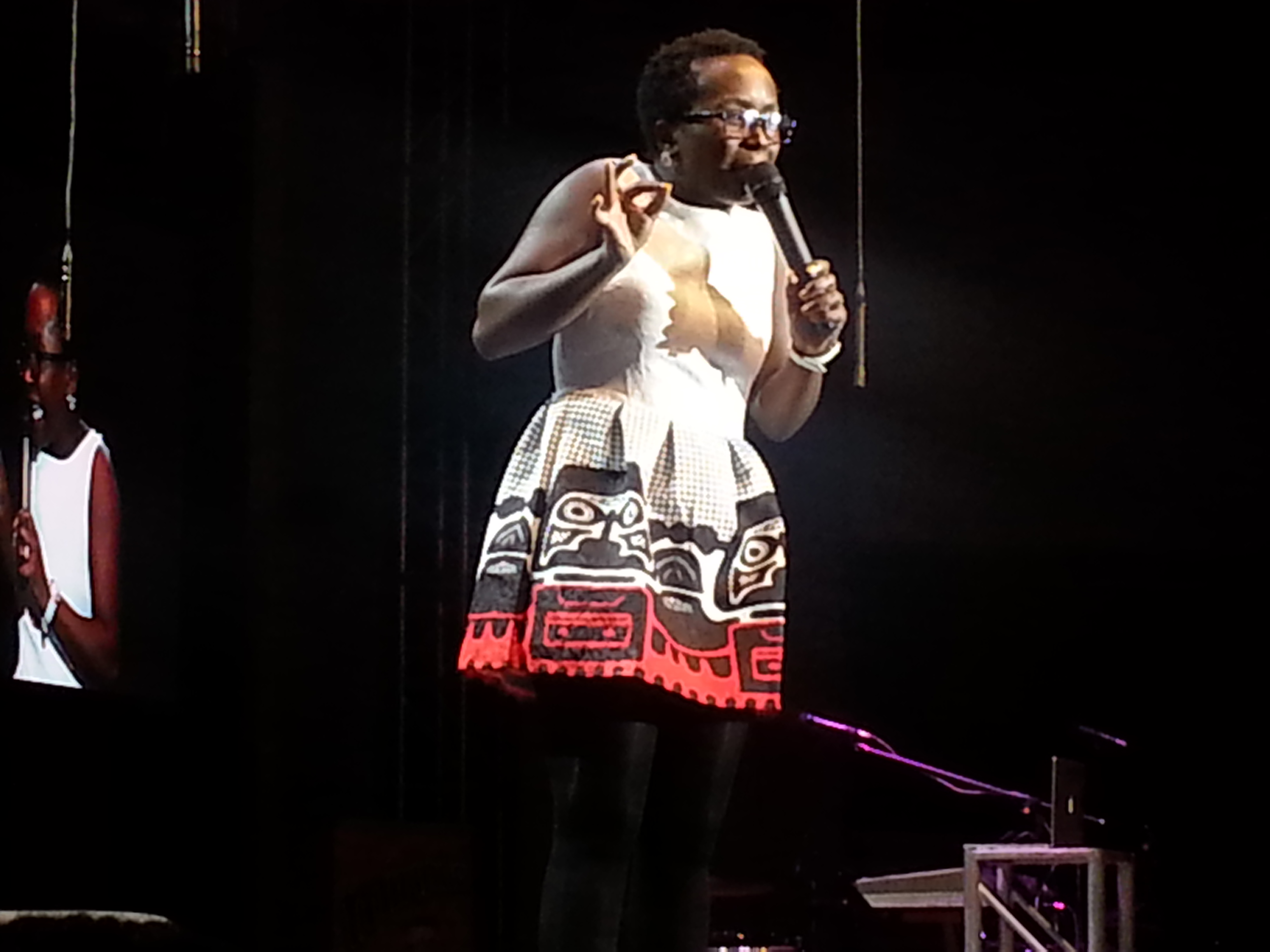 5 star madness which was held by Anne Kansiime and the Fun Factory last night at Imperial Royale was simply breathtaking.

The night started off with a soulful performance from  Mo roots, which got fans in a groovy mood. From the sounds of Bob Marley to Beyonce’s XO people couldn’t help but give a round of applause. At one point Anne Kansiime jumped on stage and showcased her singing capabilities which was only filled with humor.

The show was started off with the comedians doing a repeat of the Museveni – Janet renewal of their marriage vows, their facial expressions and the songs they sung along to, were simply mind blowing, one couldn’t help but wonder how these comedians come up with these jokes. 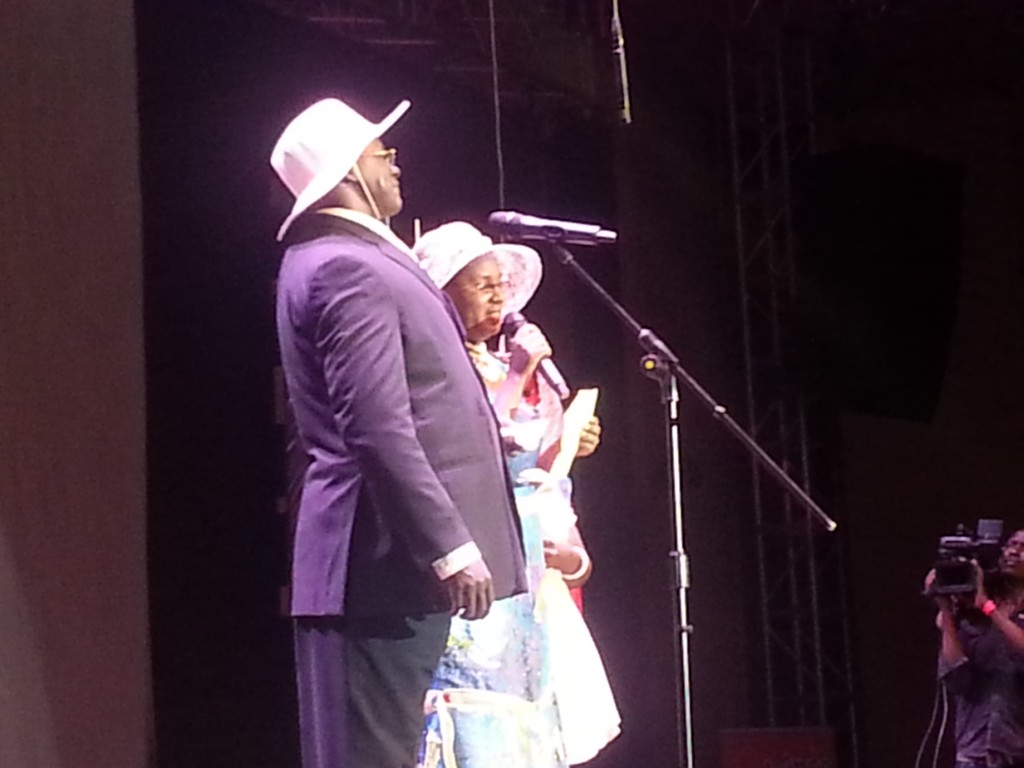 The show focused mostly on the highlights of 2014 and with the major one being Desire Luzinda’s nude pictures. When Anne Kansiime who was one of the sponsors of the night, stepped on stage, she couldn’t help it, but crack jokes about the ‘Ekitone’ star. She said it’s not easy being Desire Luzinda, do you know how it feels like not to have private parts, some people like Zari have tried, but she ended up being called a dessert. 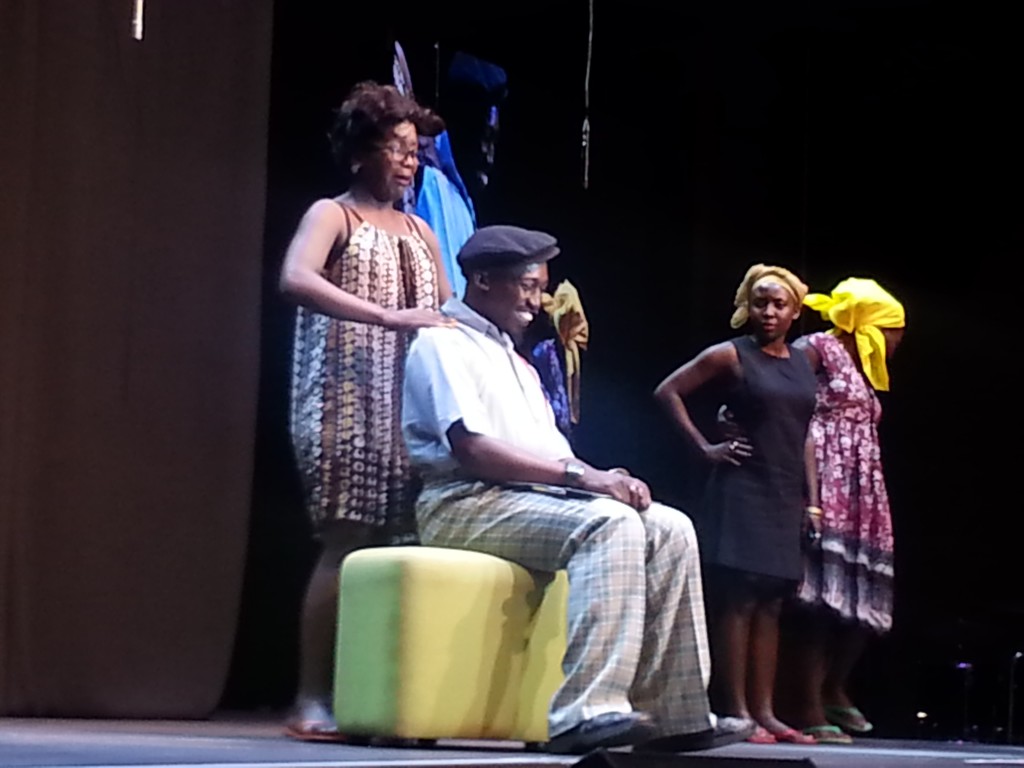 I would probably go on and on about the jokes these comedians had in store, but instead will just leave it at that. Their rib cracking show, which lasted about four hours was sold out and that was amidst all the many parties that were happening yesterday. 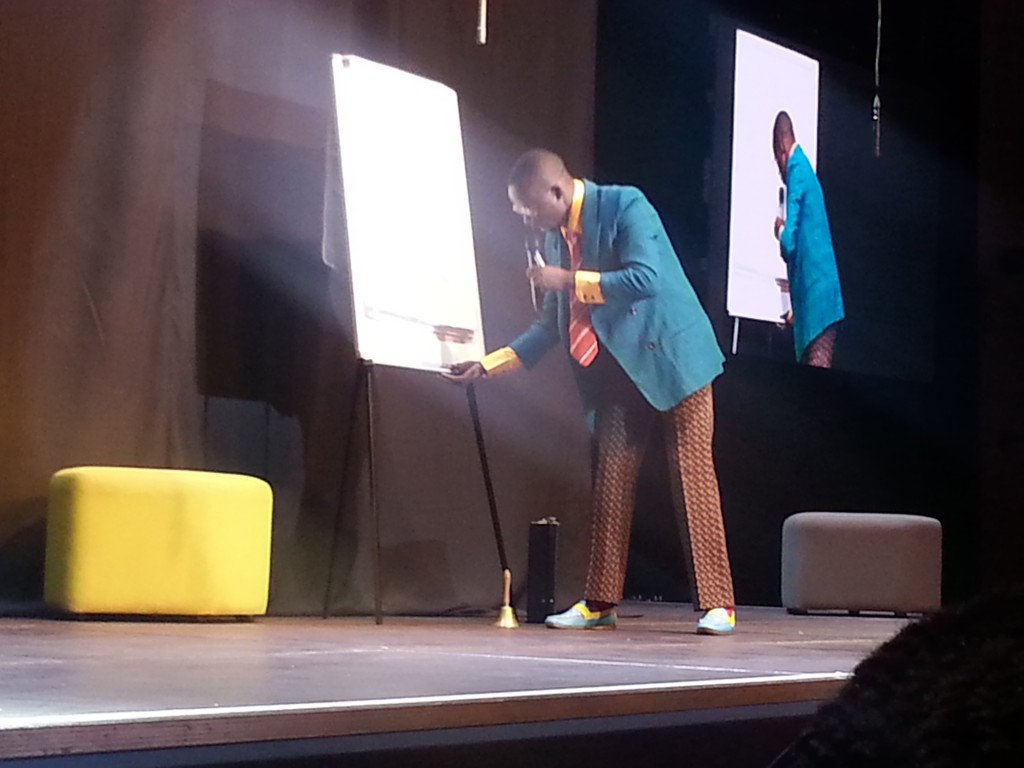 The teacher whose rhyming was just flawless. 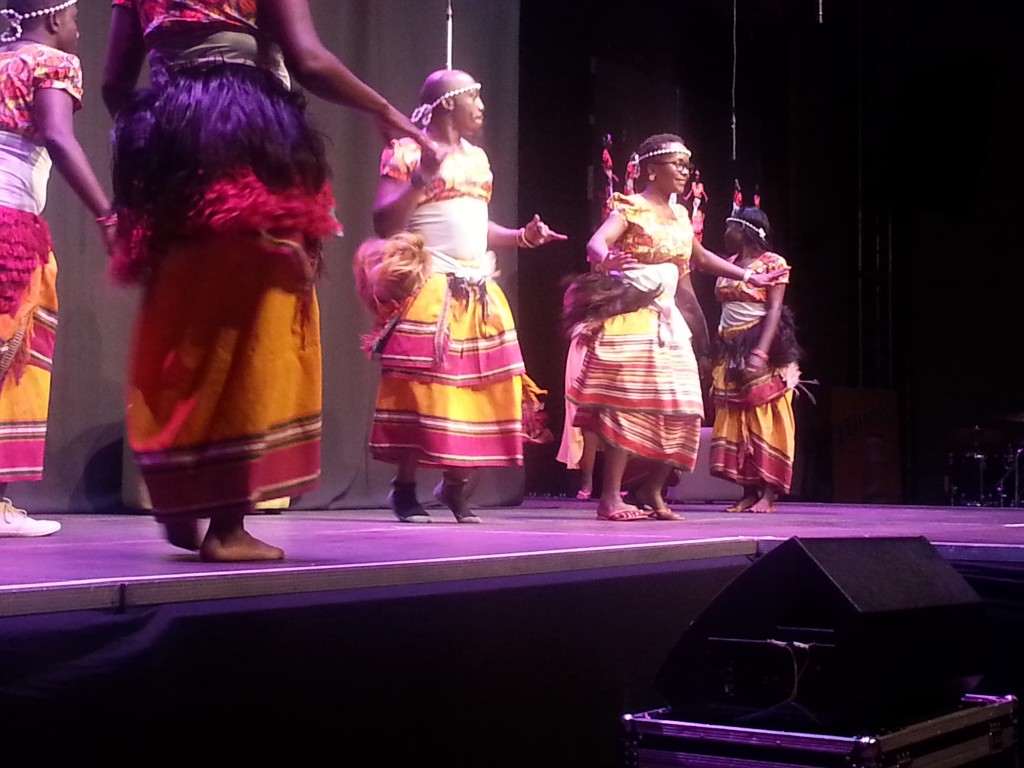 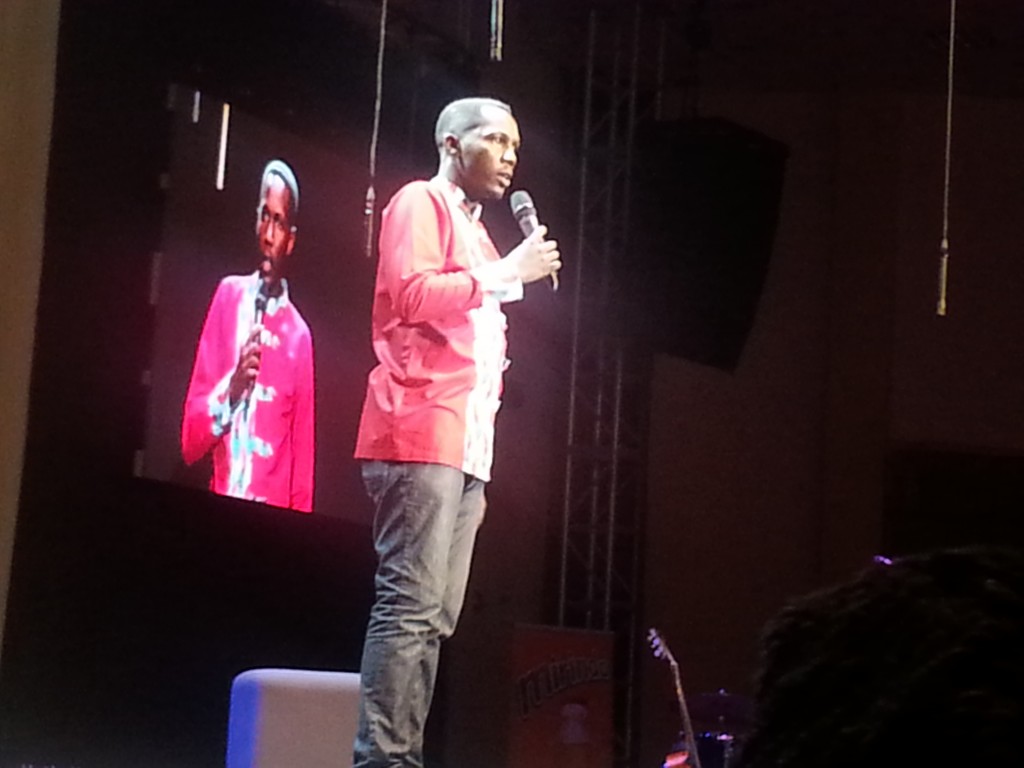 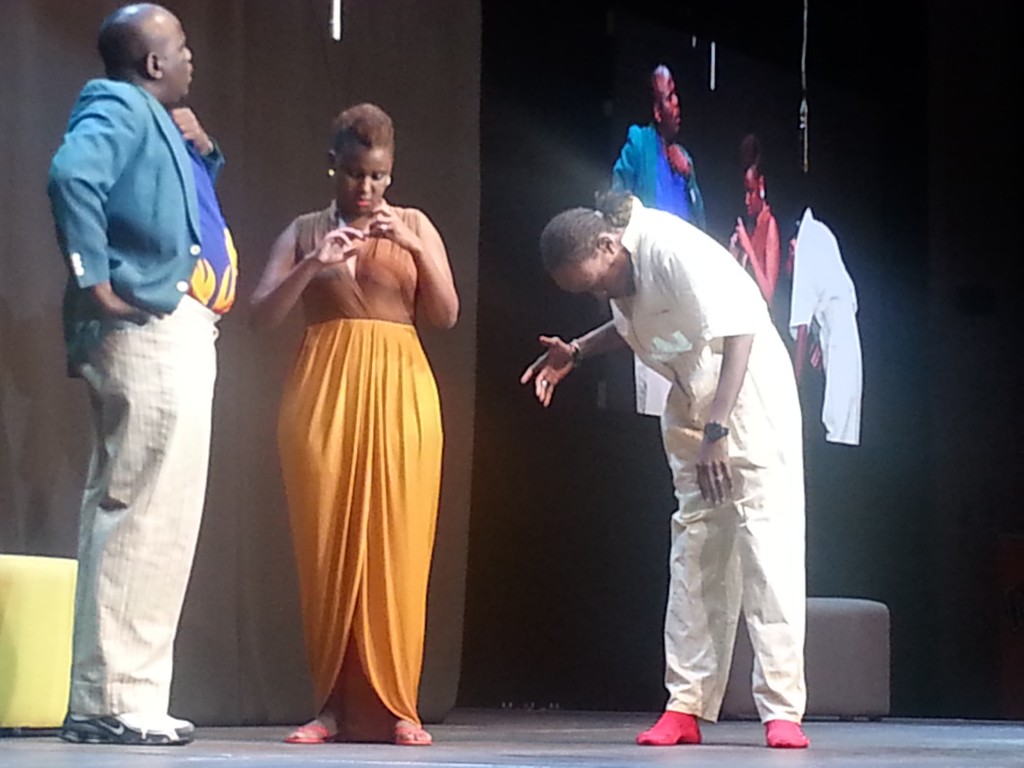 The lie detector robot. They nailed it 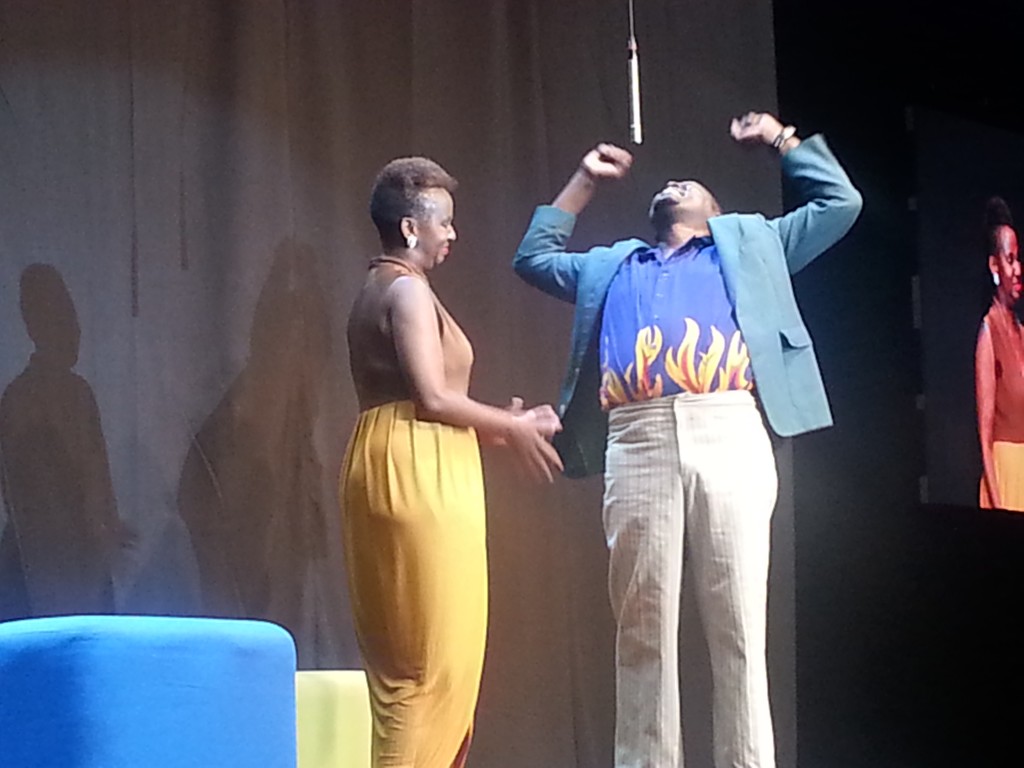 Celebrating the victory of landing a nice lady 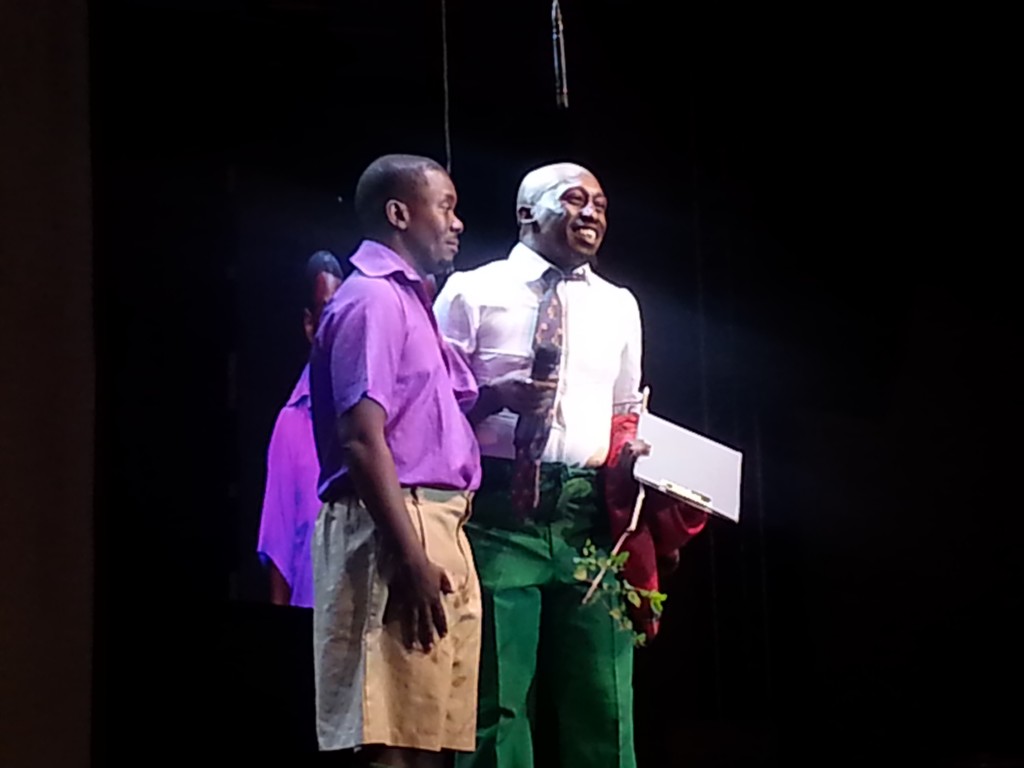 Playing the UPE act. They totally nailed it 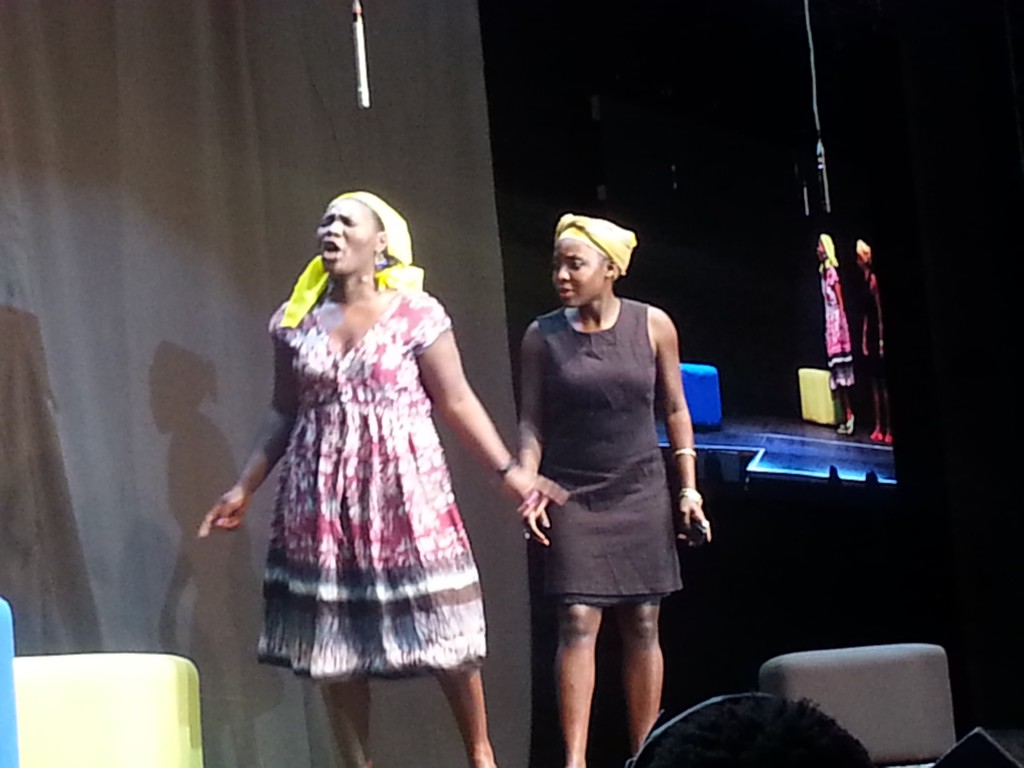 Ssenga teaching her daughter how to behave