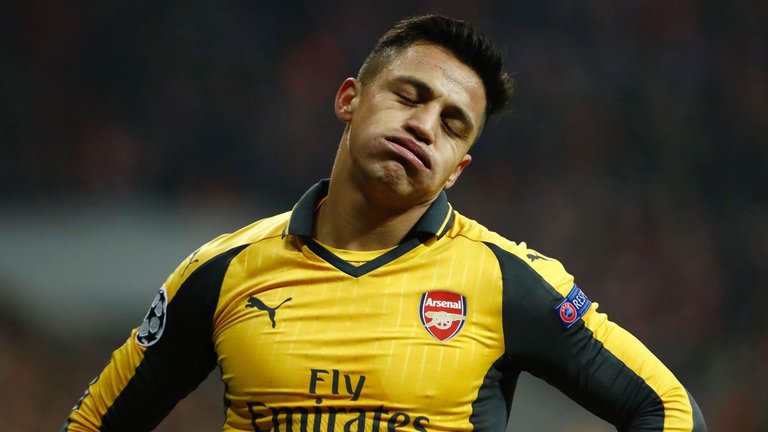 Arsène_Wenger’s English side might be the facing the end of their road in the champion’s league after Arsenal FC was embarrassed by Bayern Munich FC on Wednesday earlier this week when they were defeated 5-1. Arsene Wenger was visibly devastated and fears they won’t be able to come back from this loss. 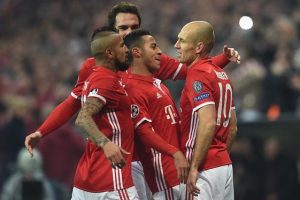 Barring an unlikely four-goal turnaround at the Emirates Stadium on March 7, Arsene Wenger’s side are set to exit at the last-16 stage for the seventh season in a row after  goals from Arjen Robben, Robert Lewandowski, Thiago (2) and Thomas Muller  condemned them to a heavy loss at the Allianz Arena.

Defender Laurent Koscielny limped off injured four minutes after half-time but though there is doubt that his influence could have made a difference. Once Bayern got their noses in front they kept passing and moving it in great positions. In the second half the German side made it hard for The Gunners to create any formidable moves to save their team, which is disappointing.

They could have just stayed in the game at 2-1 or even 3-1, but it was difficult when their top players, Mesut Ozil and Alexis Sanchez were not even getting a touch. They couldn’t even get a kick of the ball because Bayern were keeping the ball so well. It was really demoralizing and in the end they picked Arsenal off. The result will fuel calls for Wenger to stand down as manager after more than 20 years in charge. 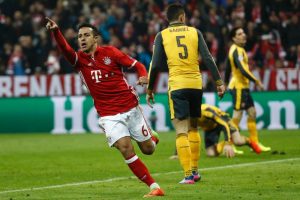 It is the same old Arsenal. Familiarity almost breeds contempt for some of the supporters who just want a change from Arsene Wenger because they do not see any light at the end of the tunnel. The fans are bored. They want something different and might get that in the near future and it will be interesting to see how Arsenal moves forward then.

David Ospina was preferred to Petr Cech in goal, but Walsh refused to blame him, instead pointing at star names such as Ozil and Sanchez. Claiming they were questioning Ospina before the game, but he had a really good game and made several good saves. The goalkeeper was nothing to do with it. It was a generally bad day in the office.