The question on many people’s mind was whether Bad Black real names Shanita Namuyimbwa had spent Shs11 billion (over US$3 million) she allegedly stole from her ex British lover David Greenhalgh but today, we learnt that she actually spent most of the money on posh cars.

“General kayihura sir with much respect from Bad Black, I kindly request you to tell your police station of kireka to give me back my cars which they sold because I have served my sentence which was passed by the judge of anti-corruption court in 2012 and in my judgment there were no any order to give out my properties to anybody.” She wrote. 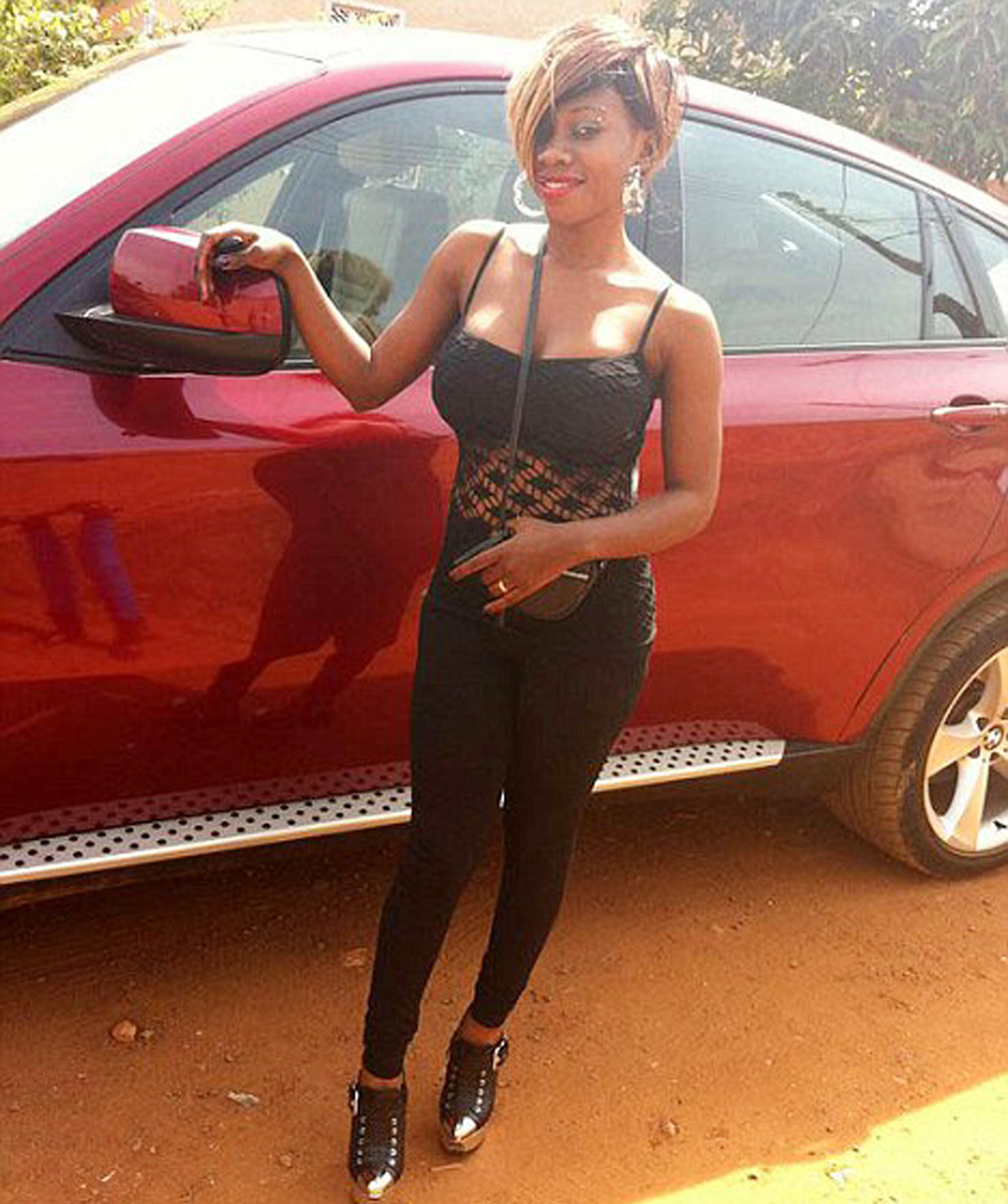 Bad Black next to one of her posh rides

“After which she gave them an ultimatum of two days or else hold a post. “I’m giving you two days before I protest in town and next I need a court of appeal to refund my 100 million as soon as possible because I was granted bail under medical condition.”

Black concluded her post claiming that she needs justice as a Uganda.