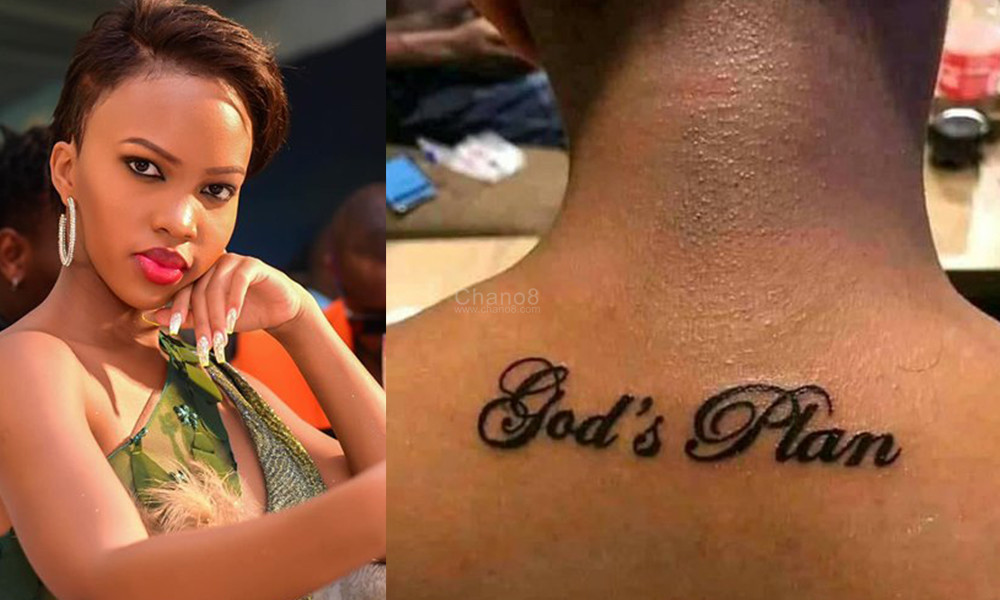 The say ‘Never Say Never’. This skipped socialite and TV presenter Sheilah Gashumba’s mind way back in 2013 when she took to her official Facebook page and posted “Classy girls don’t  have tattoos, reason is no one will intentionally scratch a Bentley or a private jet. If U got a tattoo on U, UR a bajaj. #DO YOU AGREE?”

This simply meant that being a ‘classy girl’ she thought she was, she couldn’t waste her precious time to go to a tattoo parlour to get inked.

In the wake of her alleged break-up rumours with her boyfriend, one God’s Plan which she came out to quash, the young celebrity surprised us when she recently inked the name ‘God’s Plan’ on her skin, at the back of her neck to be exact.

“Got two tattoos last and I must say that they are my favorite tattoos so far” Sheilah tweeted after getting inked and moments later, the photo showing exposing the tattoo surfaced on social media.

It is not yet clear whether Sheilah herself shared the trending photo showing her new tattoo but for some reason it made its way on social media. Since then, people have been bashing the NTV’s ‘Style Project’ show co-host saying that she contradicted herself 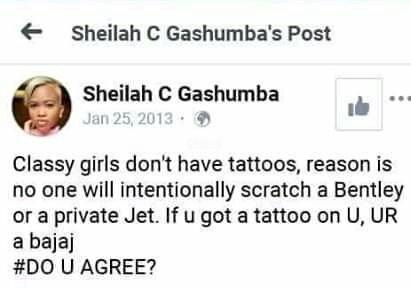 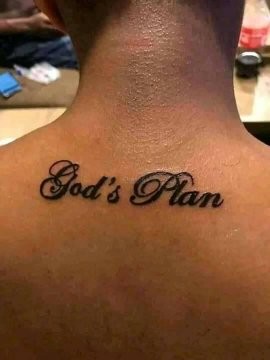