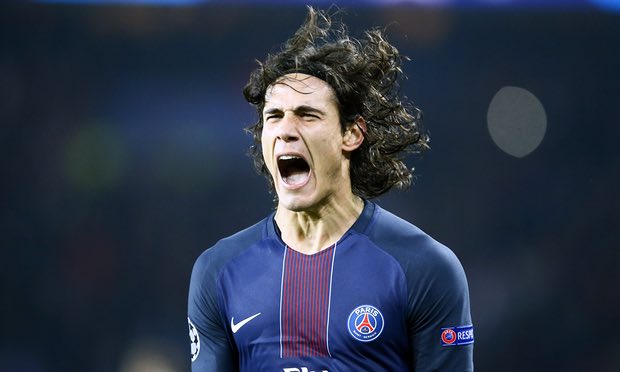 In a shocking turn of events the much anticipated game to kickoff the champions league didn’t end so well for the Spanish side Barcelona FC when they were walloped 4-0 by their French counterparts PSG (Paris-Saint-Germain) in the City of love on Valentine’s day. As the rest of the world was celebrating with their loved ones, fans of the prominent Barcelona FC went home in tears and no amount of flowers or wine could console their broken hearts. 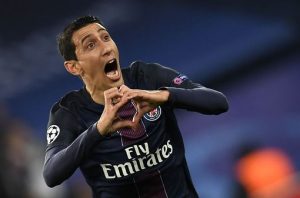 Ángel_Di_María scored two stunning goals as Paris Saint-Germain thrashed Barcelona 4-0 on Tuesday to take control of their Champions League last-16 tie.In one of the most remarkable performances in the competition’s history, the Ligue 1 champions completely dominated Barca at the Parc des Princes, taking the lead through Di Maria’s free-kick after 18 minutes. Julian_Draxler added a second in the 40th minute before Di Maria curled home their third from the edge of the box 10 minutes after half-time.

Edinson_Cavani sealed the rout with a low strike to put PSG in a formidable position ahead of the second leg at the Nou Camp on March 8. The score line, which equals Barcelona’s worst ever Champions League defeat, could have been even worse on an awful night for the Spaniards, who also squandered the chance to grab an away goal when Samuel Umtiti’s header struck the post from point-blank range. 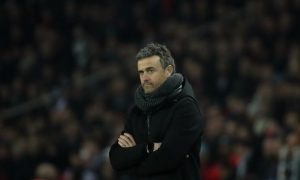 They will need to make Champions League history to advance as no side has progressed after conceding a four-goal first-leg deficit. Luis Enrique made three changes from their 6-0 victory over Alaves, while Unai Emery recalled Draxler as one of two alterations from PSG’s win at Bordeaux.