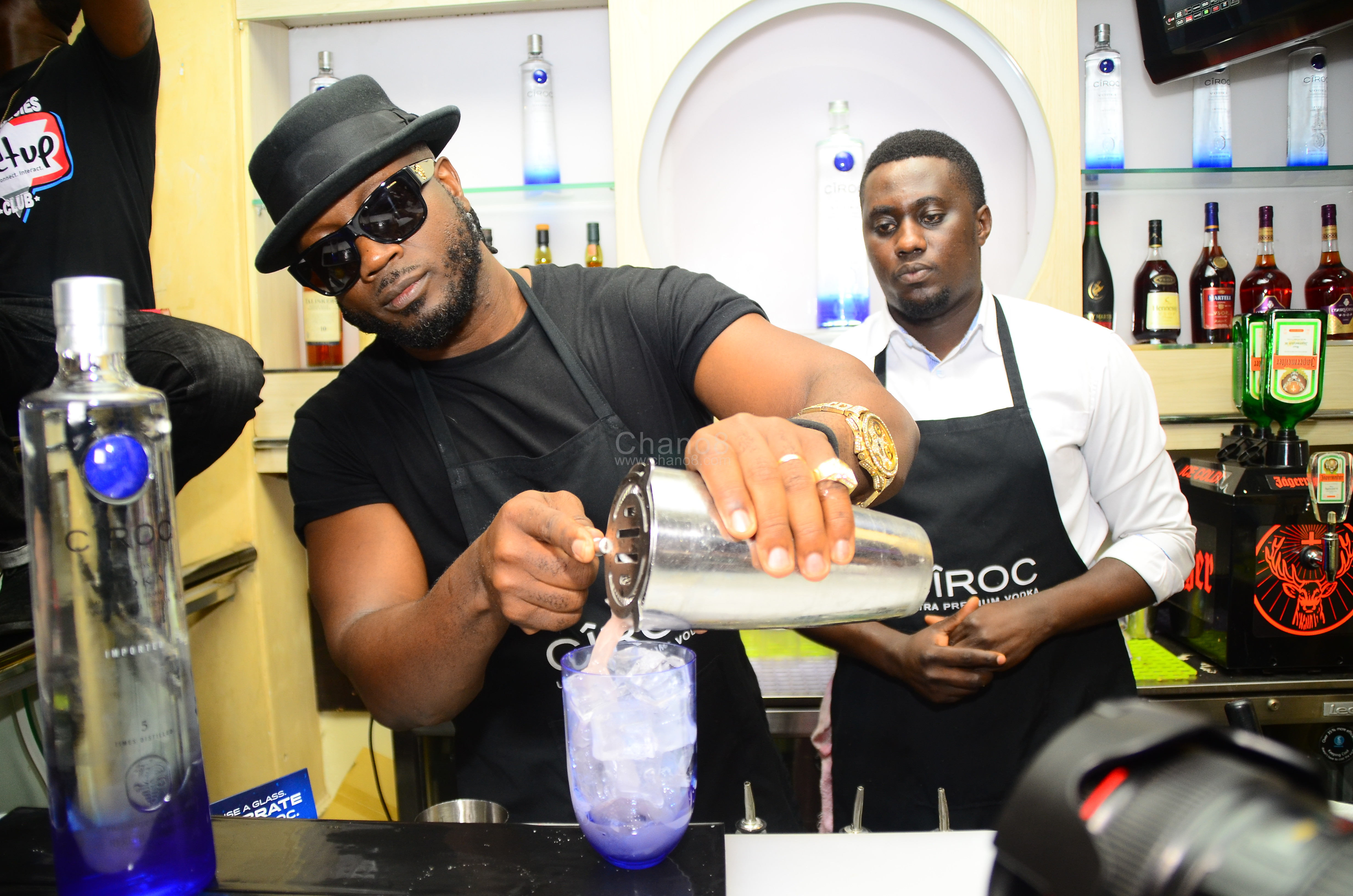 Last Friday was yet another opportunity for another artiste to showcase his or her skills as a bartender at the monthly Ciroc Pop Night party at the premium club Guvnor and this time round, it was none other than the flamboyant Bebe Cool.

Many people know what Bebe can do with the microphone when he steps on stage but surely not many had seen him behind the counter as he momentarily swapped the microphone for the bar tender’s apron at the sixth edition of the fun-filled party.

So when the right time came, Bebe was introduced to revellers amidst loud cheers and straight away ushered to the bar where the counter was set up for him by the pro bartender with all ingredients he needed. His task of the night was to make 2 signature cocktails and sell them to the revellers.

The 2 signature cocktails dubbed ‘Nkuliyo’ and ‘Wire’ Ciroc were named after some of his current hit songs which he had to serve fresh and chilled. And indeed by 2:00am he was ready to go and after coming up with his first mix, he served it to the nearest ‘beautiful lady’ who gladly accepted the offer. 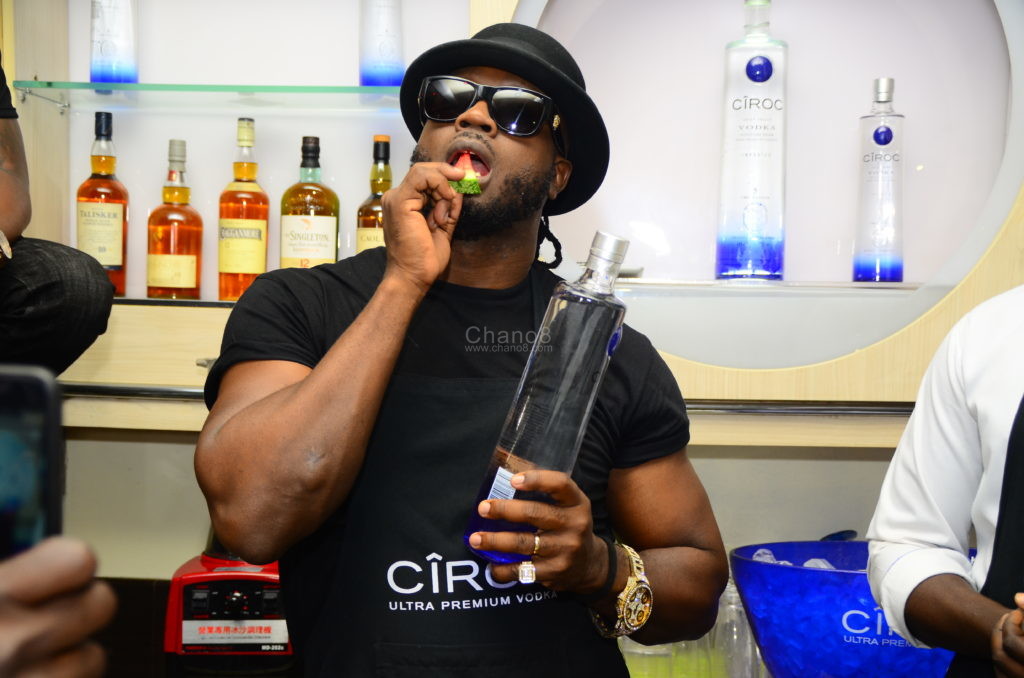 Beb Cool tastes a fruit as he does his job behind the bar counter at the Ciroc Pop Party.

The lucky lady beaming with smiles proudly showed off her coveted gift. By the time Bebe was done with his second attempt, the fans were already waiting for him to do what he does best – entertain them on stage.

And he didn’t waste much time and went for the microphone. He had carefully selected his current hit songs on the menu. Songs like ‘Wasibuka wa’, ’Love you every day’, ‘Kankolera’, ‘Nkuliyo’ before sampling 2 new songs which he hasn’t officially released yet; one featuring B2C and another featuring DJ Roga and Slick Stuart. 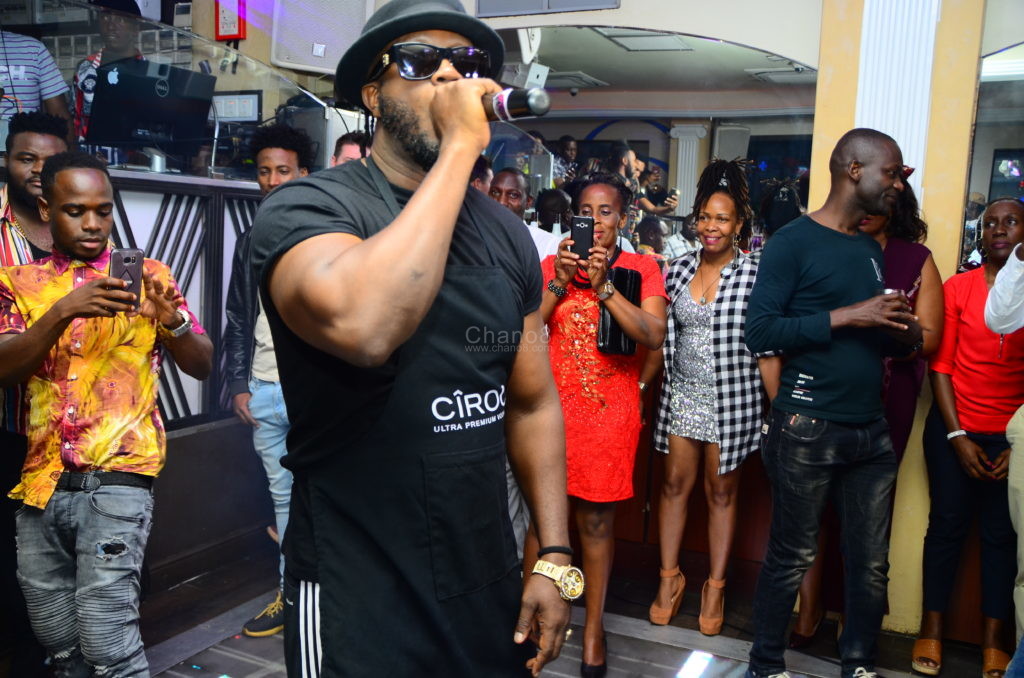 And the his took to the dance floor as he performed his latest hit songs.

He then performed ‘Easy’ before concluding with the latest club banger ‘Wire Wire’ as excited fans joined him on stage while others grabbed the microphone and sang along at intervals.

Bebe Cool who had earlier said “Work without party makes life senseless,” then concluded with a repeat of ‘Wire Wire’ before closing at around 2:4am as the party continued till wee hours of Saturday morning. 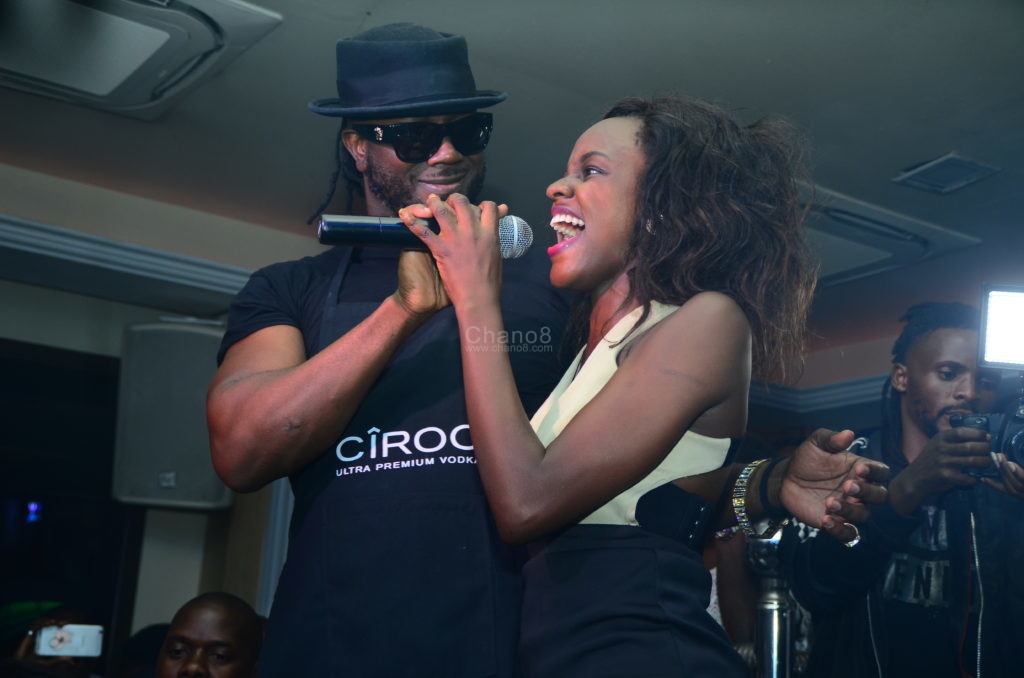 Some fans joined him on stage to also sing. 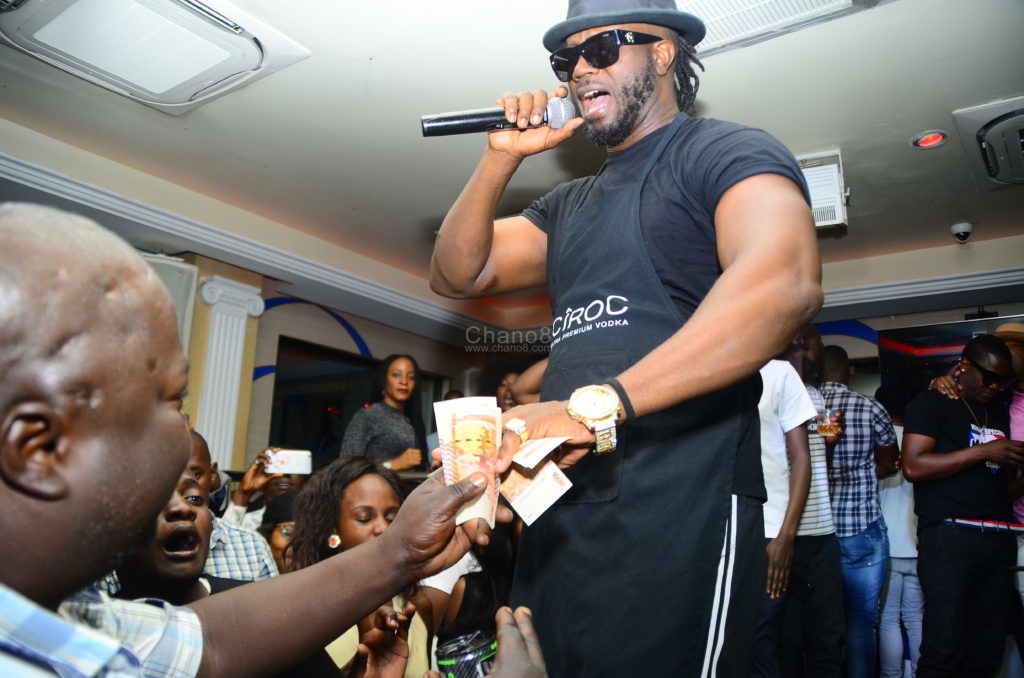 While others showered him with cash 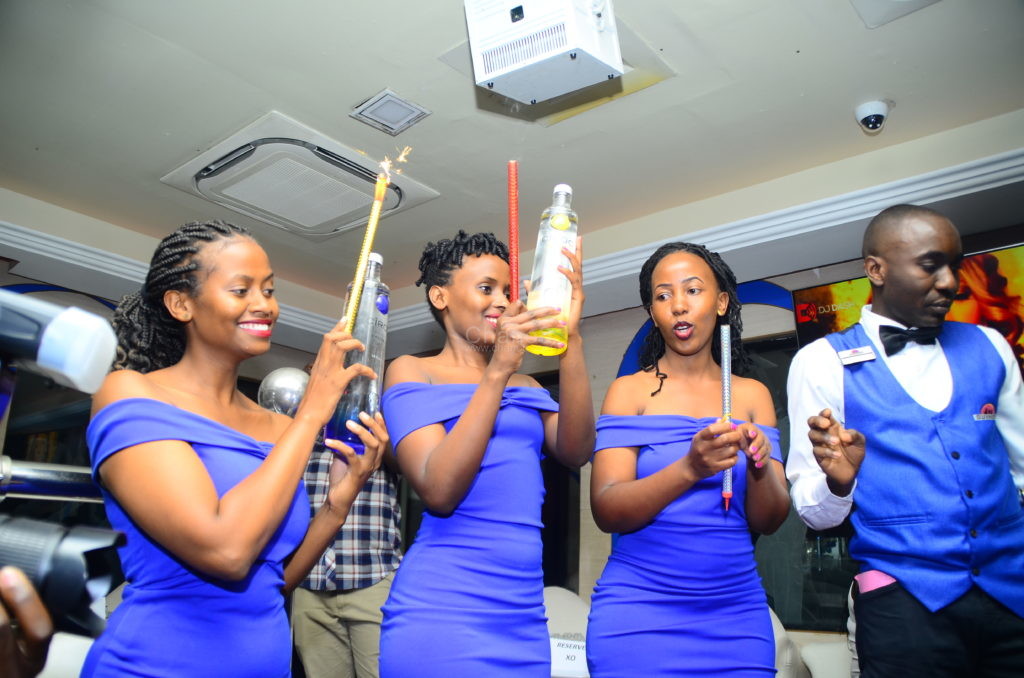 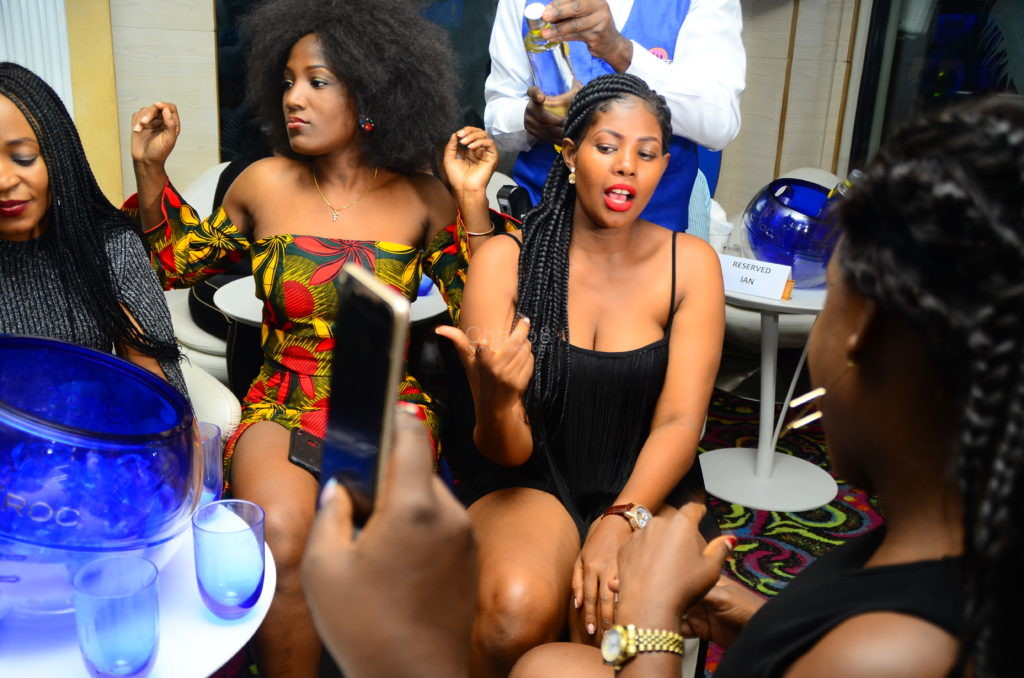 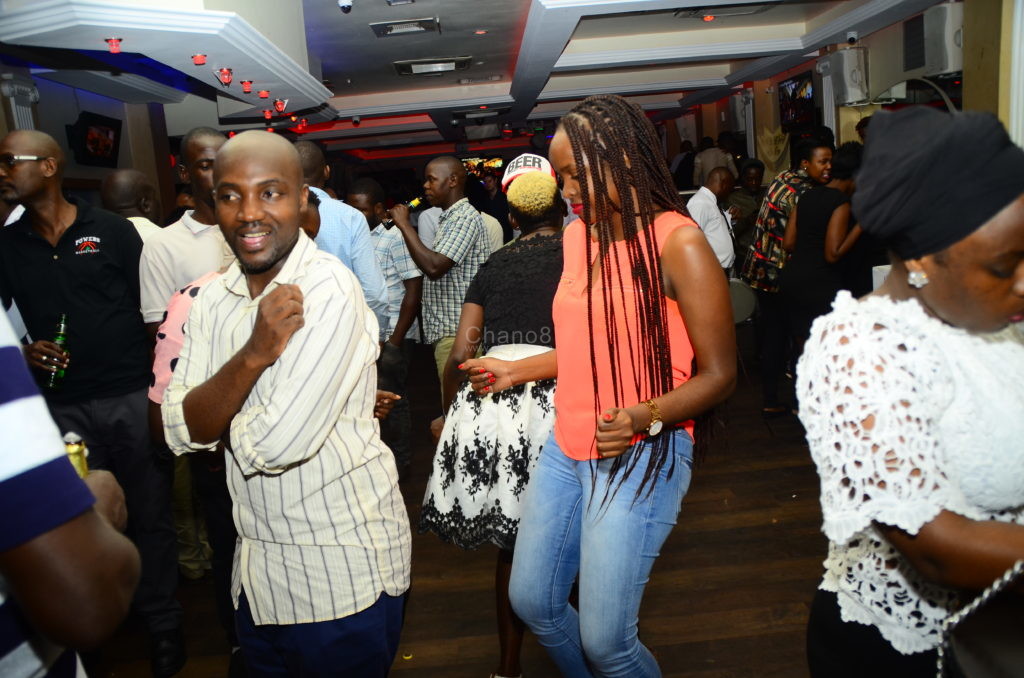 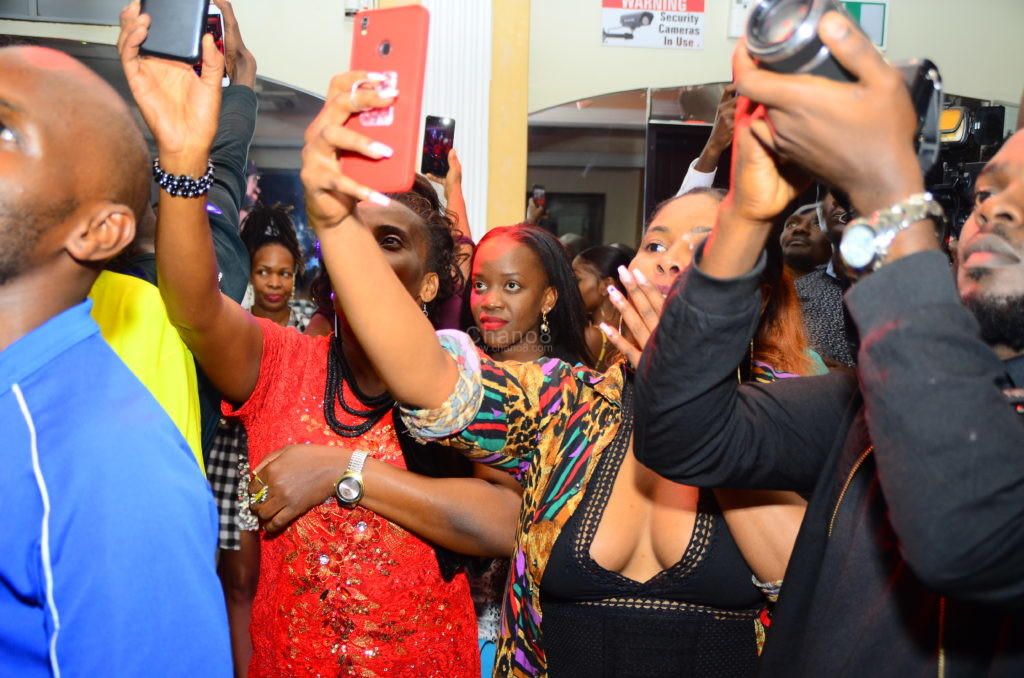 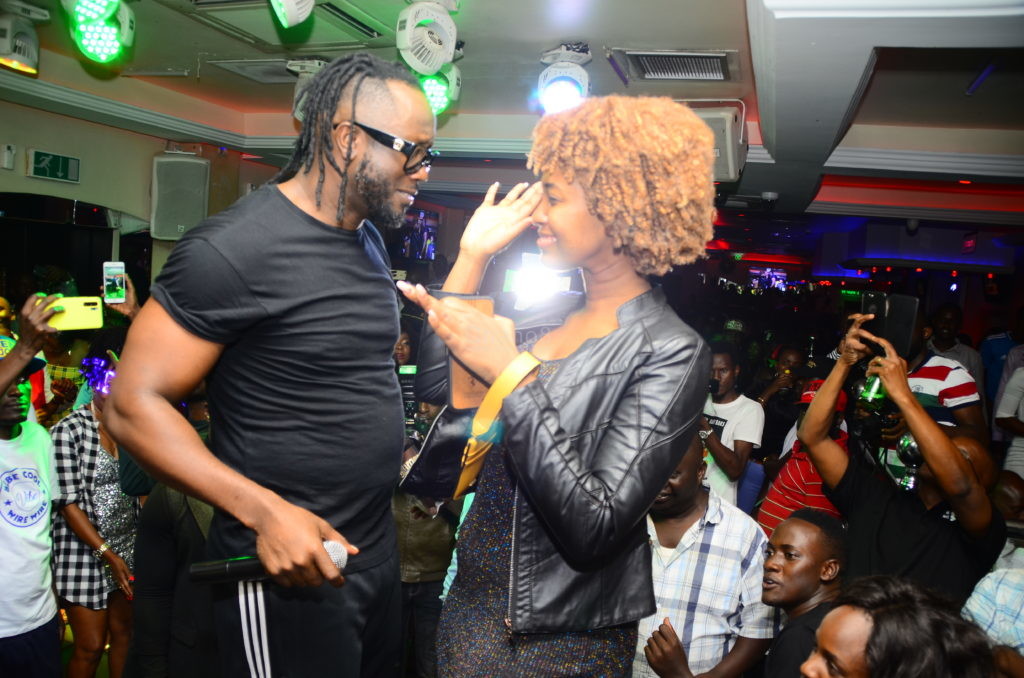 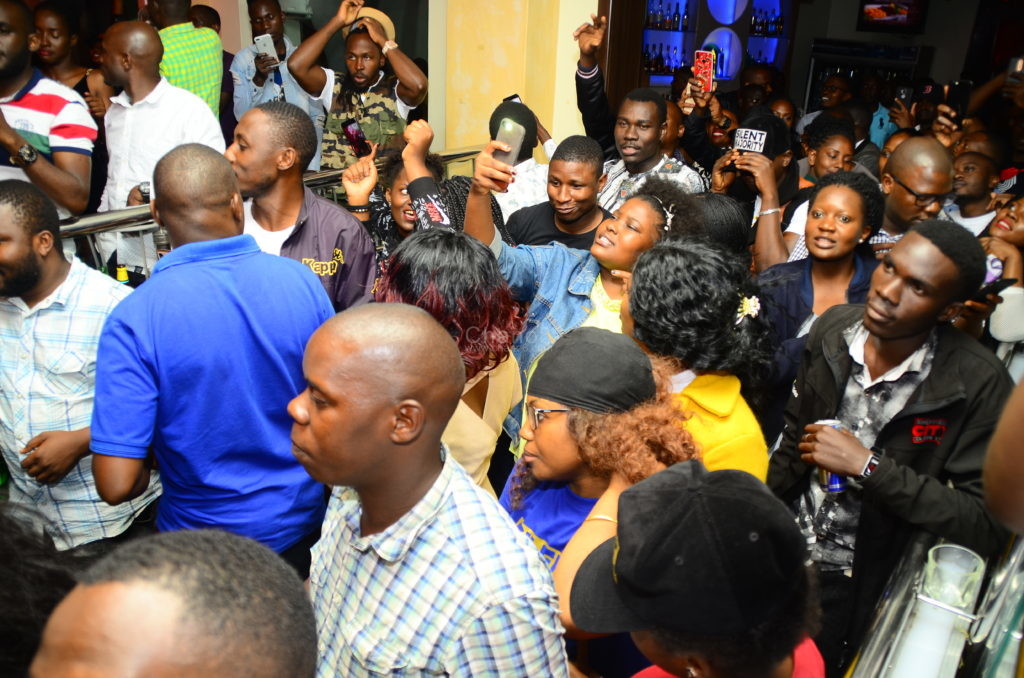