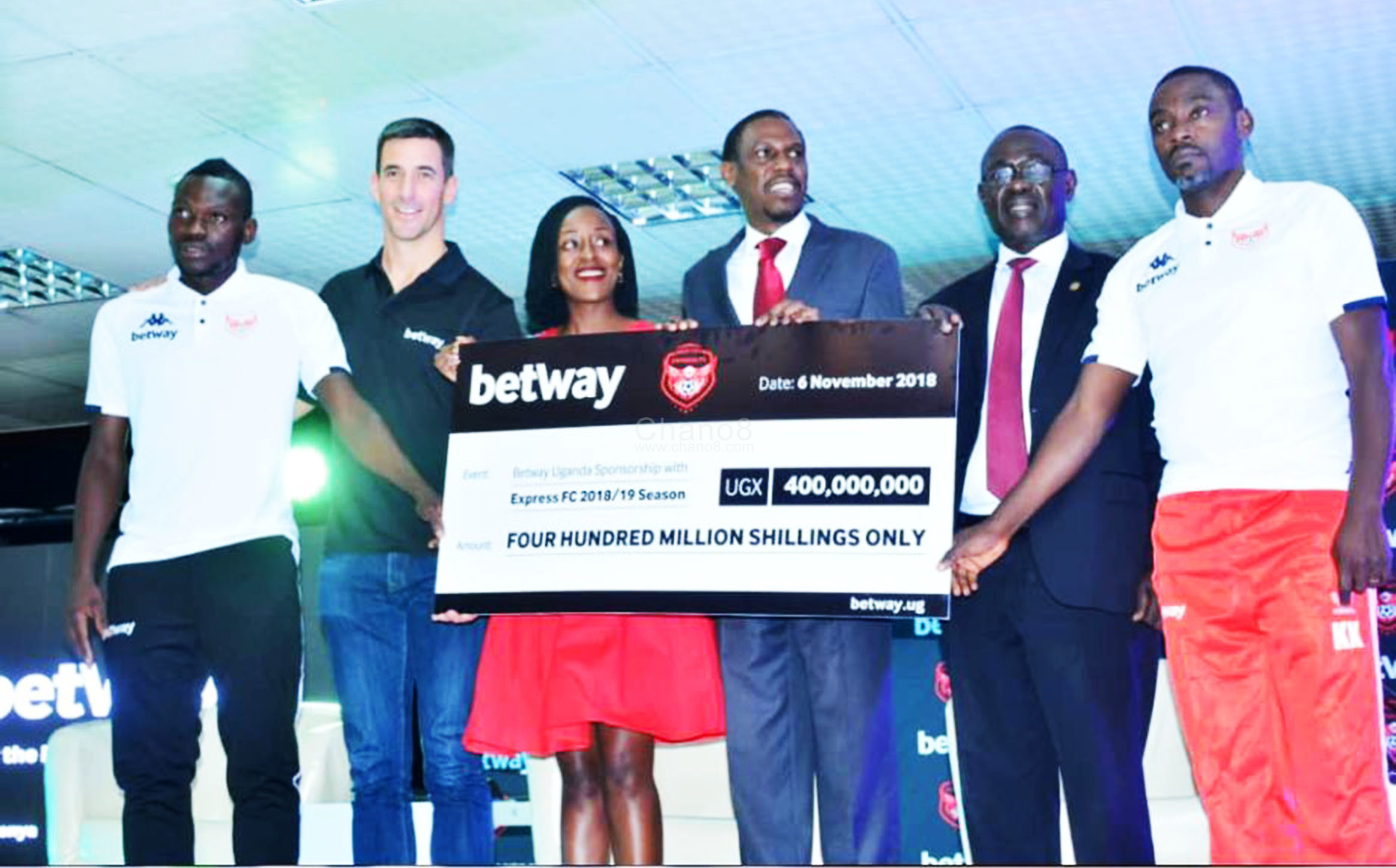 Express this morning unveiled their new sponsorship package with Betway after their contract with Arua-based Onduparaka FC run out at the end of last season. The official unveiling or marriage ceremony took place this morning November 6th at Hotel Africana where a host of journalists and media personnel were in attendance.

The sponsorship package worth UGX.400 million per year is expected to run for three years which the new chairman of the Wankuluku outfit described as a partnership.

In his opening remarks at the unveiling Chairman Kenneth Kirwoya Kiwanuka described Uganda’s oldest club as not only being about football but is “A way of life” and says the deal is for at least three years which “will go a long way in ensuring there is football success in the club”. He also emphasized the issue of discipline which he said became a priority after the new executive took over management of the club.

“We expect the fan base of Express and entire football fraternity to support Betway. When the fans support Betway, Betway also supports Express.” Kiryowa Kiwanuka added. 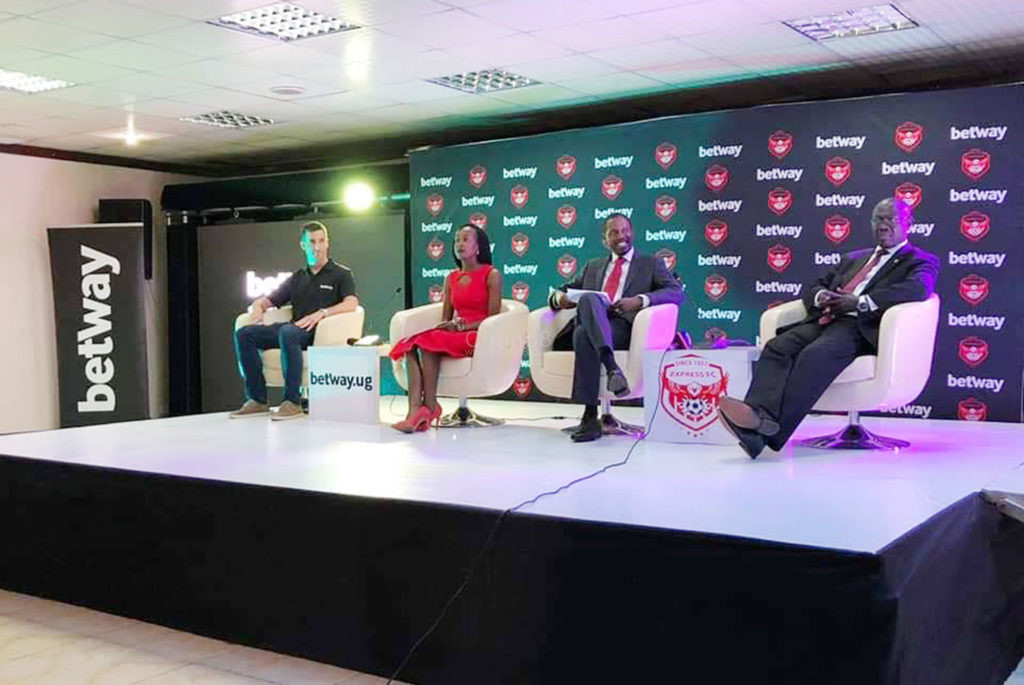 The Express Chairman Kirwowa Kiwanuka and Deputy Francis Buule(R) with Country manager Adelle and marketing manager for Africa Mark(R) at the unveiling.

The Betway marketing manager for Africa Mr Mark Rowles also emphasized their commitment to the club and its plans.  While breaking down the details of the deals, Betway country manager Adelle Nyaruguma Agaba said the partnership is aimed at returning glory at Express, a club that survived relegation last season by a whisker.

“As Betway we are delighted to continue supporting local football. We are committed to making Express great again. We all know that Express has won the league 6 times and the Uganda Cup a record 10 times which means they are capable of winning again.” 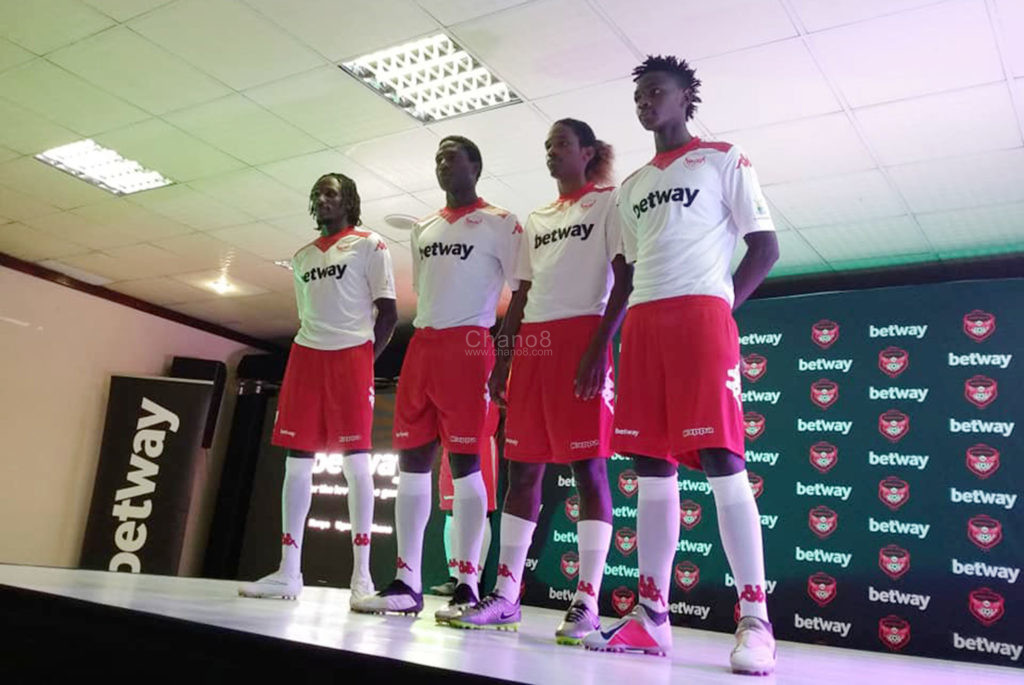 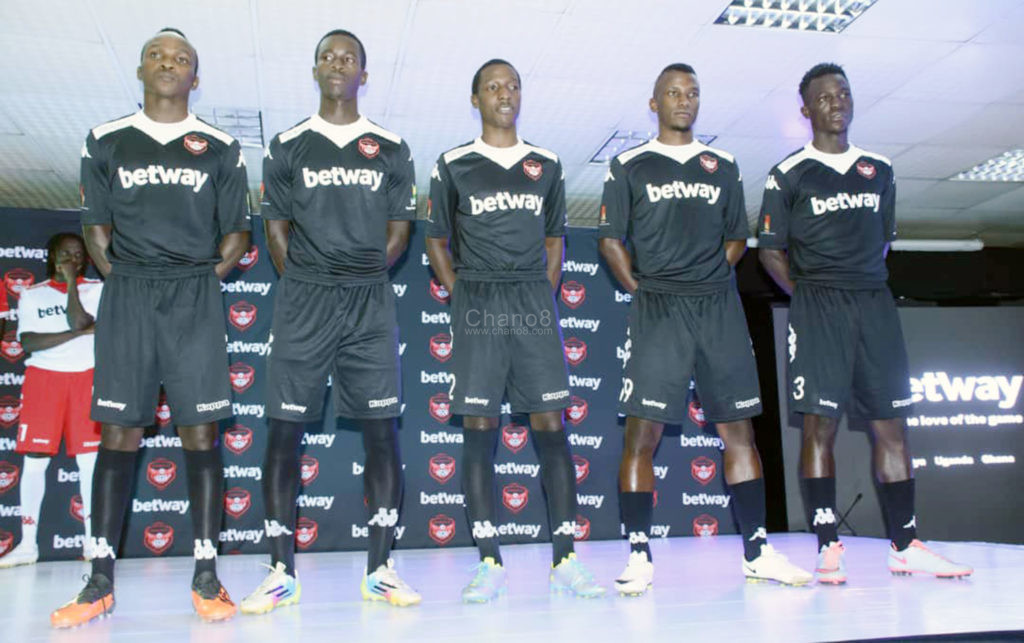 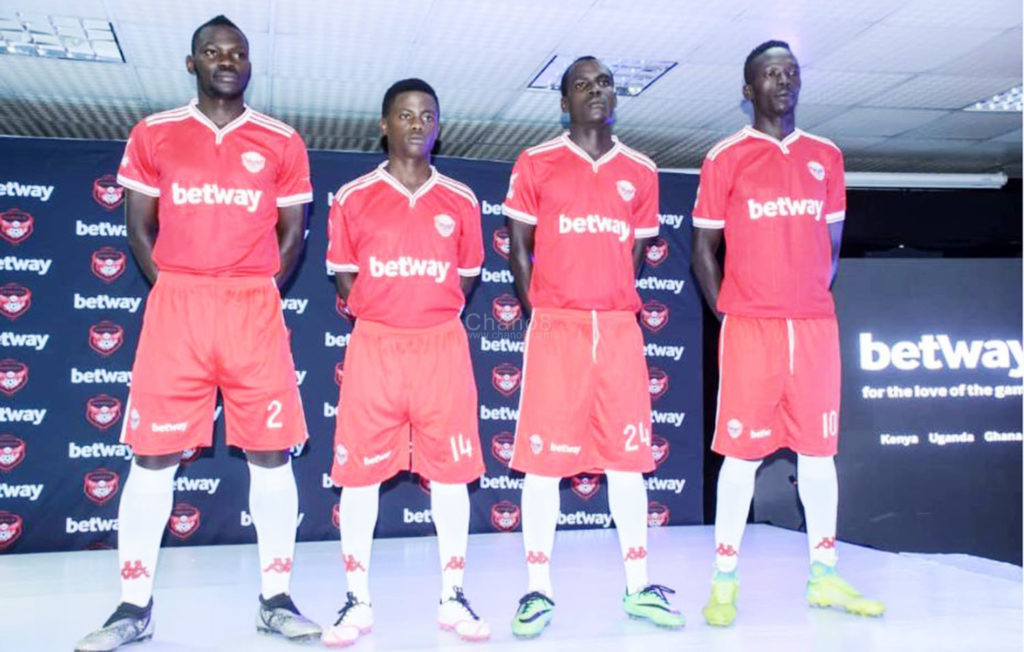 Part of the deal ensures the online betting company will not only be Express FC’s headline sponsor for the 2018/19 season but also includes shirt sponsorship, stadium naming rights and budgeting leverage in managing the club. The stadium will be named Betway-Muteesa II Wankulukuku stadium and Betway will ensure it is improved and renovated.

Betway now joins other organizations like Equity Bank, Uganda Breweries and Buganda Land Board in working with Express.