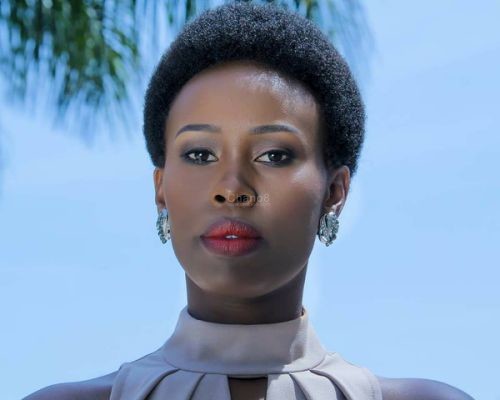 However the elections turned Chaoteci as supporters of the different groups especially those of NRM and FDC (Wadri’s group) clashed resulting into the death of Bobi’s driver.

He was later arrested on Tuesday and charged for illegal possession of firearms and ammunition. Several other MPs and people were arrested too with most of them charged of treason. However, the where abouts of Bobi Wine remained unknown throughout the voting period and only sketchy details started emerging on Thursday afternoon after his lawyers were allowed to see him in Makindye barracks. 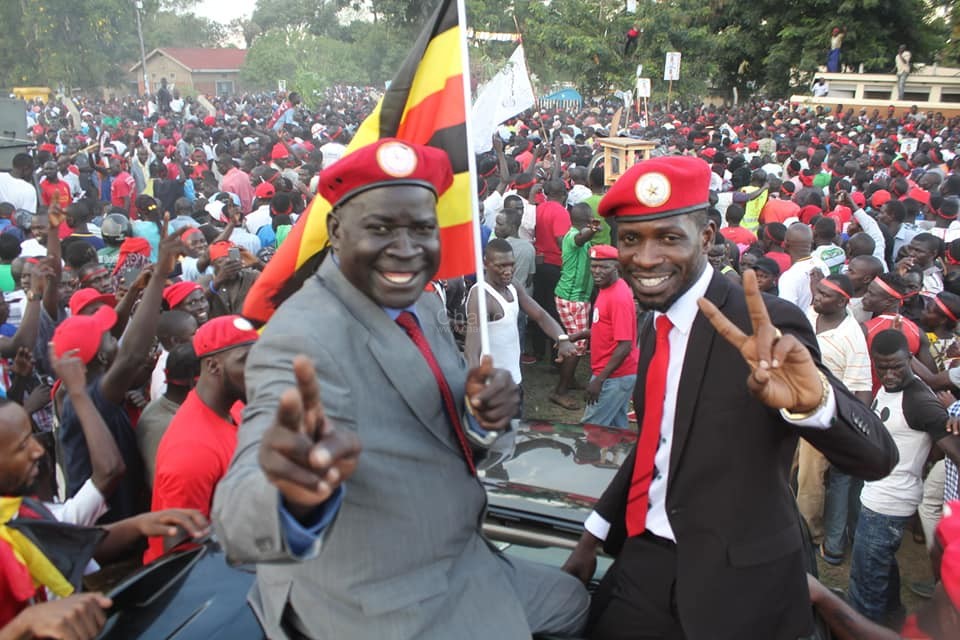 Bobi Wine (R) and Kassiano during campaigns in Arua.

They all admitted he was in a very state after he was badly beaten. One person who has been affected the most is his wife Barbra Itungo aka Barbie who has been crying to the government and anyone else for help especially to have access to him.

Yesterday, that chance was granted to her and a few family members. What she saw was a horrific experience which she has described in a detailed update that we would not wish to disport but shared below here for you. 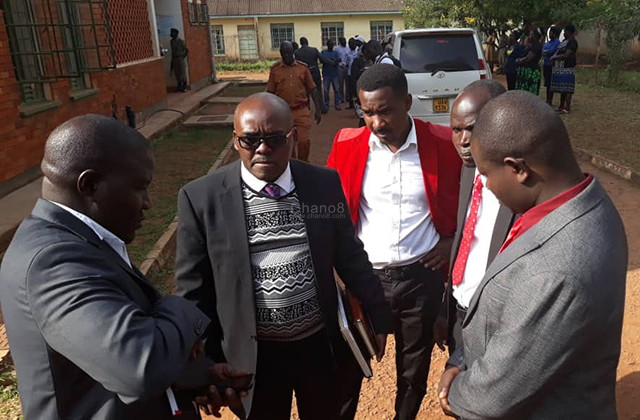 Bobi Wines Lawyers had also updated the public about his bad health.

She admits her husband was badly tortured and in need of urgent medical attention because he is in excruciating pain. She also says Bobi maintains his innocence and is grateful to the people who have supported him and above all;  is strong at heart and that, his resolve has not diminished. Here is the full statement.

Today I went with lawyers and members of the Uganda Human Rights Commission to Makindye military prisons, and after many days I was able to see my husband with my own eyes. I am first of all thankful to God that he is still alive! Let’s continue to pray for him.
Bobi is in pain. Bobi is hurting EVERYWHERE. We nearly lost him! He wonders how he is still alive after such treatment.

Bobi cannot stand on his own. He has a swollen face- very deformed. At first sight, it is very unlikely that you would recognize him. You may not understand this unless if you see him. His forehead is bruised and his eyes are red. He has many wounds including one on his ear. He seems to have been punched many times on the face. He cannot walk. He was carried into the room where we saw him. He cannot sit straight. He speaks with difficulty and has a lot of pain breathing. He has great pain in the left side ribs and hip. He bled a lot through the ears and through the nose. Blood stains are still visible! He is in such a terrible state and in need of urgent medical attention. I could not believe that an innocent man can be taken through all this because he has a different political opinion.

According to his story, he was not even at the scene where chaos allegedly took place in Arua. He was with friends watching news at a restaurant when news came out that his driver had been shot dead. He quickly went into his room as gun shots raged on, and for many hours throughout the night, he kept hearing soldiers banging doors and breaking into rooms of the hotel. Later, the soldiers came to his room and broke into it. They found him standing in the room and the soldiers immediately ordered him to kneel down. Before he could reach the floor, one soldier hit his head with an iron bar and he fell down. They all descended on him, stepping on his head with boots and hitting him everywhere. He became unconscious thereafter and after so many hours, he realized that he was at the Arua airfield on handcuffs. He can’t tell what they might have done to him during that time. After gaining consciousness, he was given many injections and has no idea what they were for. They took him to Gulu where he was detained. He can hardly remember what took place in court yesterday as he was only regaining consciousness. He was later airlifted to Makindye where he is being detained. I have seen many victims of torture- never have I seen anyone in the state which Bobi is in! When he narrates these stories, you see the kind of trauma he is going through. When you set your eyes on him, you cannot help but wonder what kind of human beings can do such things to a fellow human being.

Here is the good news- Bobi is strong at heart. His resolve has not diminished. His bones have been broken, but his spirit has not been crushed. He is still the husband I met many years ago. He knows that he is innocent of all that he is being accused of. His only crime is standing for justice and for trying to speak for the common person. He was surprised when we told him that he is accused of possessing firearms- he was hearing about this for the first time. Instead, the soldiers who arrested him took away his wallet and the money he had on him. He wonders why he is being tried by military courts! But he knows that this is part of the price he has to pay for what he believes in. He asks Ugandans to remain firm, even in the face of such repression.

He is deeply hurt by his driver, Yasin Kawuma’s death and very sad that he was not allowed to bury him! We told him about the dire health condition of Hon. Francis Zaake and others, and he sent sympathies.

He asked me to be strong for the sake of our children and I promised him that I am strong and I will remain strong. I told him how many people in Uganda and abroad are very concerned about him and he asked me to appreciate you all on his behalf.

Our request is that he is urgently allowed to access his doctors so that he gets the much needed medical attention. Especially since he highly suspects that he underwent internal bleeding.

May God’s angels be with you Bobi in that military facility where I am not. May the God of heaven fight this battle for you and for all of us.