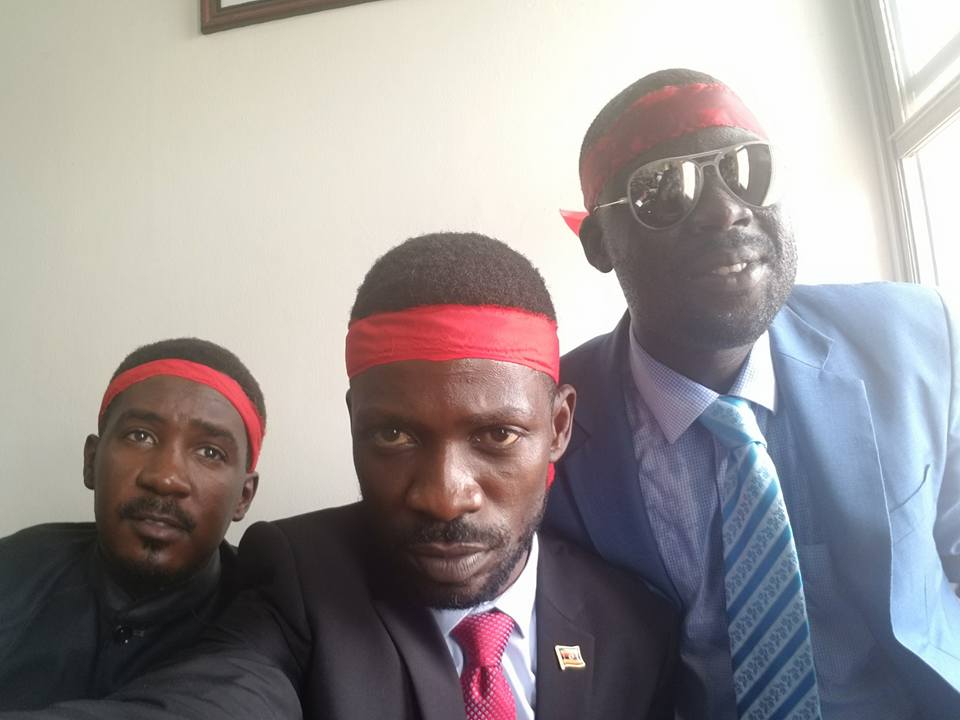 Yesterday the 26th of September, fire broke up in the Ugandan Parliament forcing the speaker of parliament right honourable Rebecca Kadaga to adjourn the sitting for today the 27th. Lots of things like opposition MPS wearing red ribbons on their heads, causing chaos and fighting to an extent of throwing chairs were the order of the day and Kadaga has all reasons to adjourn the house.

Today although there was an order from Uganda Communication Communication (UCC) for all TV stations not to broadcast the plenary proceedings live, there was more chaos in the august house that saw Bobi Wine and other 25 legislators including a minister be suspended by Kadaga although there is information that they were arrested and taken to an unknown place.

On suspension, Bobi Wine together with the 24 other legislators refused to vacate the chambers thus being forced out by security.   The suspended MPs will miss parliament for three sittings without attending committee meetings others.

However, although up to know some of the arrested MPs’ where abouts are still unclear, iformation reaching out desk is that Bobi Wine has been kept at Nagalama Police Station together with honourable Allan Sewanyana

“Amidst a ruthless wrap up by state operatives at the parliament today, Hon. Kyagulanyi Ssentamu together with other honourable members were detained in police vans and driven to separate police stations. Right now, He is in custody at Nagalama police station. He’s been detained with Hon. Allan Sewanyana and Hon. Lee from West Nile.” One of the group Admins on Bobi Wine’s Facebook page wrote