Earlier this week, it was reported in many media outlets that, musician Bobi Wine was involved in land wrangles after demolishing houses near his One Love Beach and the residents decided to call for the intervention of General Henry Tumukunde for their assistance.

This got the ghetto president enraged and immediately went to his Facebook wall claiming that some ministers engage in matters that don’t concern them.

“It’s absurd that even ministers were invited to a public meeting but they could not stand on their two feet and tell the truth. I have no land wrangle with anybody whatsoever. Please stop spoiling my name. I own a beach in Busaabala but not everything that happens in there is my responsibility” Bobi Wine wrote 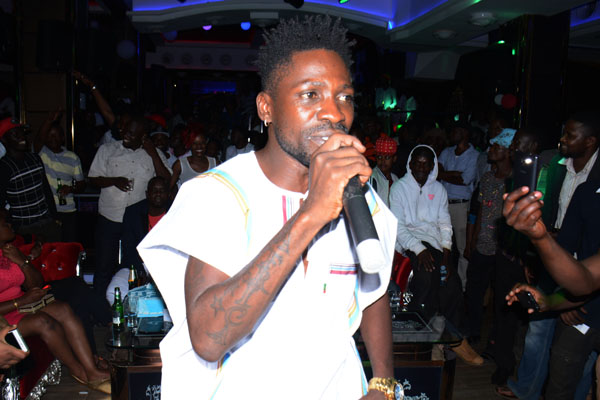 The ‘Situka’ artiste had earlier clarified that the move by the residents was aimed at tarnishing his name.

“There is a deliberate move to tarnish my name by some people who hate me for no reason. I want to make it clear that I am not be involved and neither do I have any link in the demolition of people’s houses in Busaabala. It is not the first time such lies are put against me. I have never destroyed any body’s property, but some bad hearted people are bent on destroying me by trading lies about my name.” He wrote.

The stand off resulted from disagreements involving land owners and squatters in Busabala. It is reported that, the residents narrated to Tumukunde that police provides security to an unknown group of men believed to be linked to singer Bobi Wine who invade the community and destroy their houses and gardens.

No official communication has come through from General Tumukunde or government yet over the matter but this open rant from Bobi will surely get a reaction. We’ll keep you posted in case of any new developments.