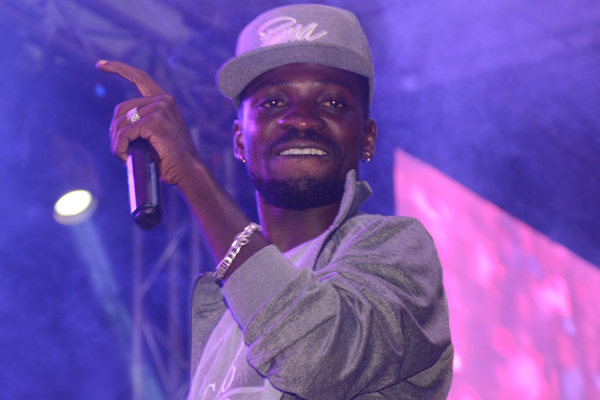 Earlier this year reports came out suggesting that Jackie Chandiru was abusing drugs and a picture of her in a pink top made rounds. However, it was later confirmed the picture was taken a long time ago about seven years ago to be precise when she was still small.

The former Blu3 singer has since checked herself into a rehab facility is currently looking much better than people had thought. Several celebrities like Bobi Wine have come to show their support for their fellow musician. The ghetto president shared a photo while he was with wife and Jackie and captioned it,

‘Tough times do not last but tough people do! Am so proud of the strength you have my dear ‪#‎JackieChandiru‬. I am your fellow celeb, but am your fan too. Only God has the power over you.’ 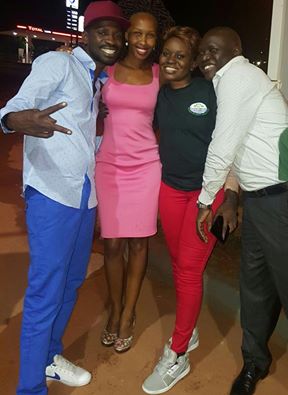 Bobi Wine hangs out with his wife and Jackie Chandiru

Bobi wine who is prepping  for his Busabala fest concert in October has often come out to show his good will whether it’s supporting fellow artists or listening to his fans outcry and trying to find a solution. Other artists like diaspora based Zani, took it a step further and released a tribute for Jackie who was seriously fighting her drug addiction,

“Hi there, as you know I don’t just release music everyday just for the sake of it, but when I do so, it’s because of a great reason. Passion, love, emotions, inspiration and support. Today I’ve decided to release a song and music video that I did with one of Uganda’s wonderful and most talented beautiful artist Jackie Chandiru,” she wrote on her social media.

Like Russel Brand once said, the mentality and behavior of drug addicts and alcoholics is wholly irrational until you understand that they are completely powerless over their addiction and unless they have structured help, they have no hope. We at Chan08 are glad that Jackie is recovering just well.