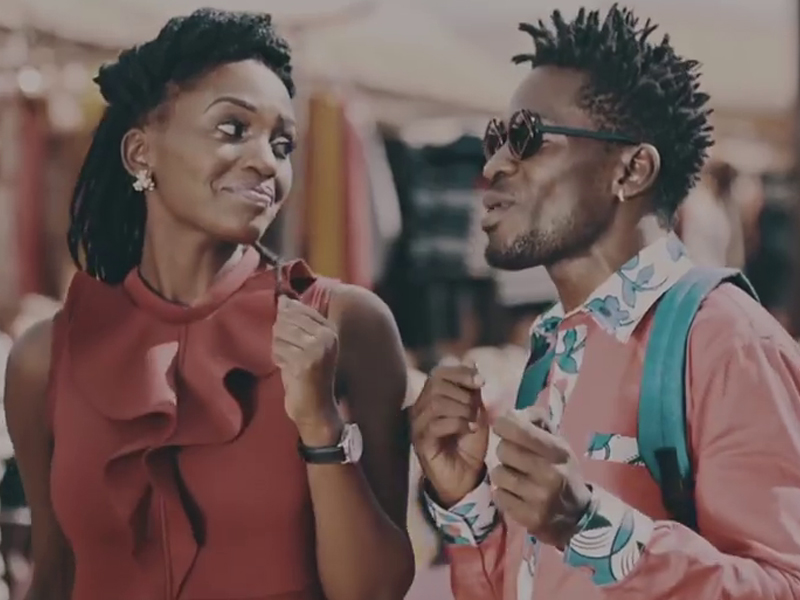 ‘Aidah’ is one of Bobi Wine’s latest projects. It is a love song that describes a story of how a man falls for a woman but fears to let her know. His feelings for her keep on accumulating by the day, but one day he decides to gather all his courage and approaches the girl whom he confesses to but all in vain.

It begins with a scene of a young lady smartly dressed in a short maroon dress walking on the streets of an open market as she goes shopping. As she walks by, she happens to bypass Bobi Wine who is seen getting off his sunglasses to have a better look. As she continues with her journey, she by-passes Bobi’s right hand man Nubian Li who also stares at her before turning to the next shop to buy clothes.

Bobi Wine taking a clear look at ‘Aidah’ in the video

The video is a straight forward ‘Falling in love at first sight’ story where the lady having finalised shopping is approached by Bobi Wine who tells her what has all along been disturbing him. At first she pretends to listen and she is seen pulling a dance move with Bobi but later changes her mind and leaves him in suspense.

He doesn’t stop following her around and the next scene shows Bobi excitedly giving the girl a rose flower which she adamantly refuses and matches away, leaving Bobi in a shock holding the rose. The next scene is in the night and it shows Bobi Wine wearing a draft suit trying to pull some dance strokes with the girl although it looks like he is forcing himself on her. 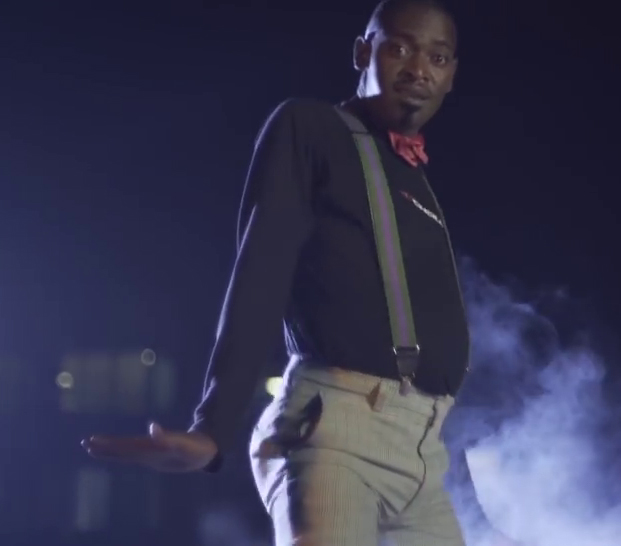 In the following scene, Nubian Li who only sings the chorus also pulls off some rear dance strokes alongside Bilangi Langi one of the Fire Base Crew members. Later Bobi Wine and the girl finally connect and they are seen dancing and hugging as the rain falls hard on them. The video is finally concluded with scene that shows them hugging tightly.

The colourful old school dress code and dance moves are comical and hilarious with Kamwokya ghetto market in full action. Of course Aidah had to yield to the relentless pursuit by the Gladiator. Who says he can turn from a calculator into a computer.

The song is almost like a relief from his other recent songs with heavy political connotations and messages that have dominated airwaves in recent times. 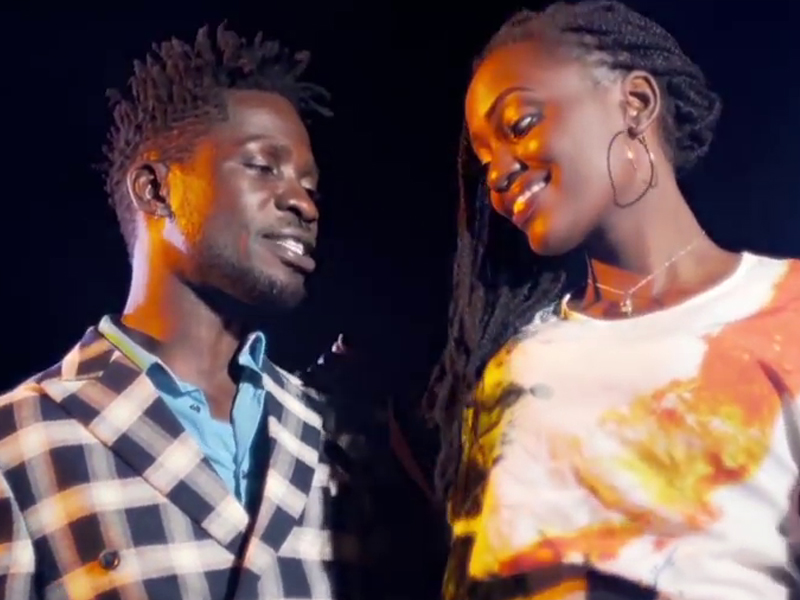 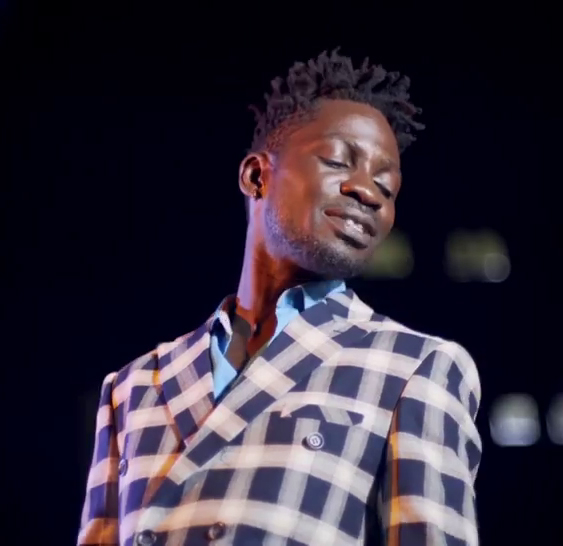 You can watch ‘Aidah’ By Bobi Wine and Nubian Li below