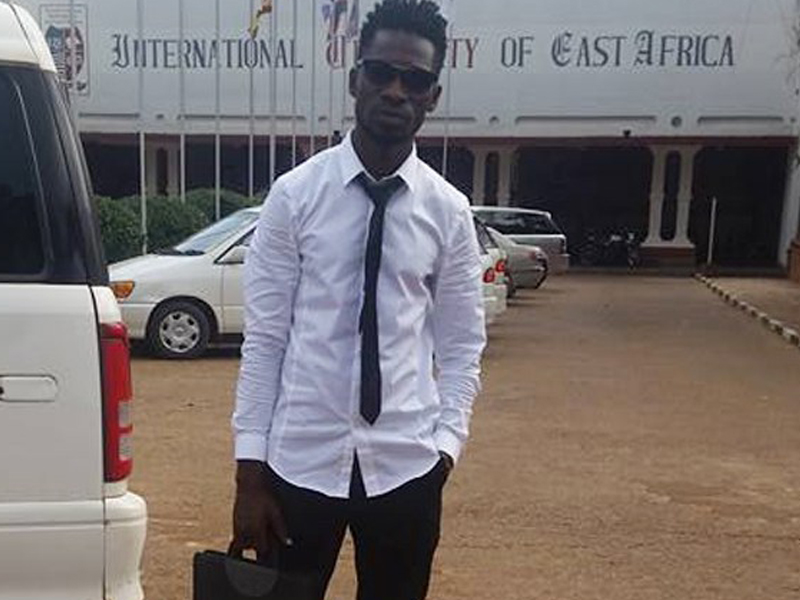 Lately, he has been so frequent on this website not because we favour him but because he keeps making news. For so long, Bobi Wine has been keeping us on our toes on whether he’s going to contest for the vacant MP seat for Kyadondo East or not because he has not come out to either confirm or deny the allegations.However, one thing that we are sure of since yesterday is that, the artiste has gone back to study law.

It is not yet confirmed why of all courses he has decided to take up law, but sources within his camp Fire Base told us that he wants to be an example to the youths that education has no limit and that one can achieve anything in life so long as they are focused and determined even if they do different courses.

He began his classes last week on Friday and was able to share with his fans the good news. “Yes, it is my first day of law school.”  He said.

Bobi Wine is among the few musicians to have graduated as he earned his bachelor’s degree in Music Dance and Drama (MDD) from Makerere University in 2004 and went on to be among the top three musicians in the country to dominate the industry for long.

Bobi Wine performing at one his concerts (photo by Habre Muriisa)

The ‘Kiwani’ artiste should however tighten his belt because Law is one of the hardest courses which requires maximum concentration besides over five years of studying. The question is, can he balance school, family and music career? We leave it here and with him the best in his endavours.