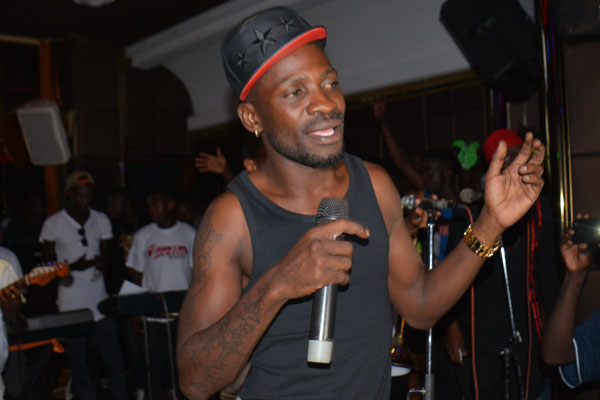 They say two wrongs cannot make a right therefore using amicable means to solve grievances is a sense of maturity and professionalism. On the same note, Ghetto president Bobi Wine real name Robert Kyagulanyi Ssentamu has continued to show his loyalty and respect for the King of Buganda his highness Ronald Muwenda Mutebi despite the fact the office the royal treasury (Nkuluze) took over part of his One Love Beach Busaabala land last Friday.

Bobi Wine and the entire Fire Base Entertainment were left in shock when officials from Nkuluze brought graders amid tight police deployment and demolished all the developments Bobi had set up for the past six years as he watched them do.

Although some people were expecting him to react negatively, Bobi Wine did not and one of the things he said in the different media interviews on the matter, he said he will not sue Buganda Kingdom and following that, today he personally wrote to the Kabaka himself. 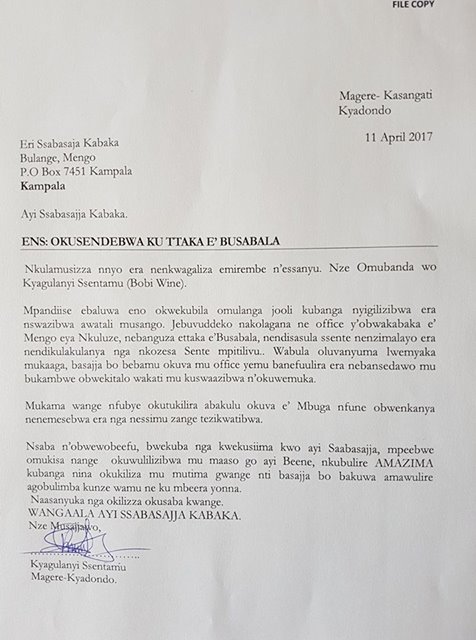 In a letter written in Luganda language, Bobi Wine expressed his dissatisfaction on the way he was he was treated saying that he was mistreated and be shamed innocently.

Loosely translated as, ‘I have written this letter to forward my cry to you because I have been mistreated and be shamed innocently. A while ago I cooperated with your office in Mengo called Nkuluze and they sold me land in Busaabala which I fully cleared and later developed using a lot of money but after 6 years, the same men turned against me and forcefully displaced me.”

‘My King I have tried to reach the officials so that I get justice but I have failed and they can’t even pick up my calls. I kindly ask if it is your will my lord that I also get an opportunity to meet and tell you the TRUTH because I believe your men gave you wrong news about me and the entire matter. I will be happy to get your reply.’

Hoever, today Mr Noah Kiyimba the minister of information and spokesman Biganda Kinddom issues a a statement reveling how the ‘Dembe’ Singer was illegaly occuping that land which was on Friday 8th of April rightfuly taken over by Nkuluze.

“On several occasions, Bobi Wine was informed that the lease application for this land had not been approved and should therefore not carry out activities beyond the confines of One Love Beach” Read part of th statement.

We don’t know where all this will end up but we shall definitely keep in theknow of any new development on the matter. 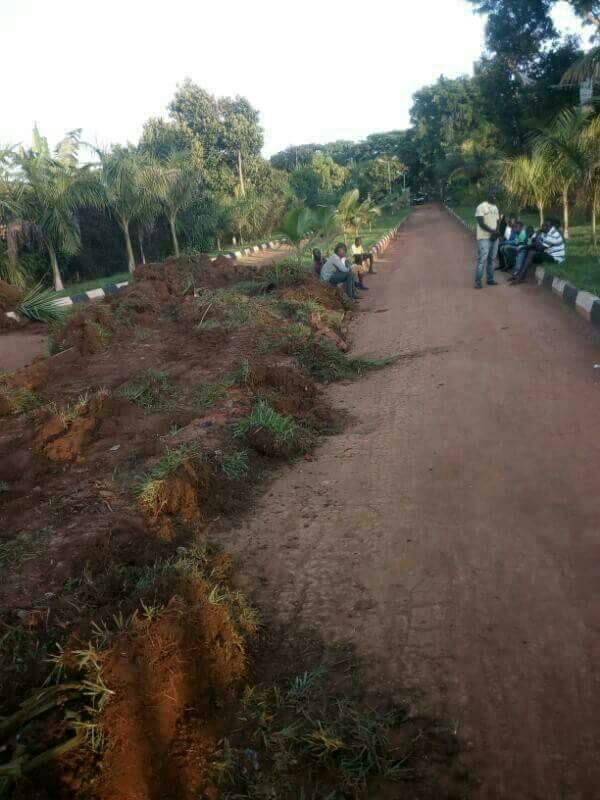