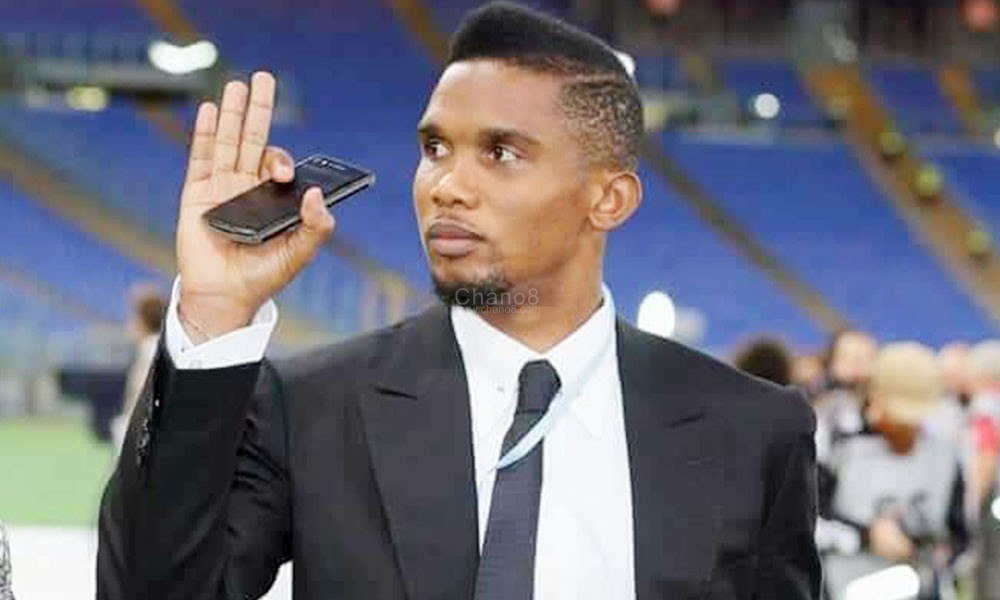 The news spread so fast after some sections of ‘fan’s started sharing photos allegedly of migrants dubbed ‘slaves from Lybia’ on social media claiming they were saved by Cameroonian super star Samuel Eto’o who apparently paid for their repatriation with others claiming he offered heavy sums of money (about 1.5Million in local currency) to settle them back home in Cameroon.

However, Eto’o has rubbished the reports and denied claims that he personally donated money or purchased plane tickets for the Cameroonian migrants so they could return home and instead urged his followers to fight the causes of the suffering. 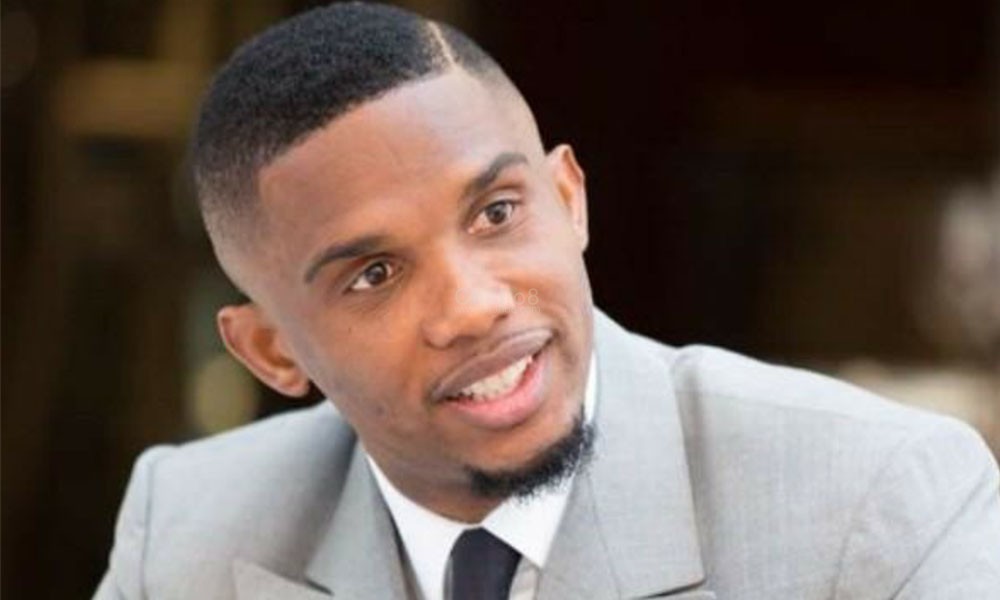 He urged his followers to act to prevent the terrible plight of migrants rather than react to it, adding that “among the victims will be people who we’ve lived alongside at some point”. 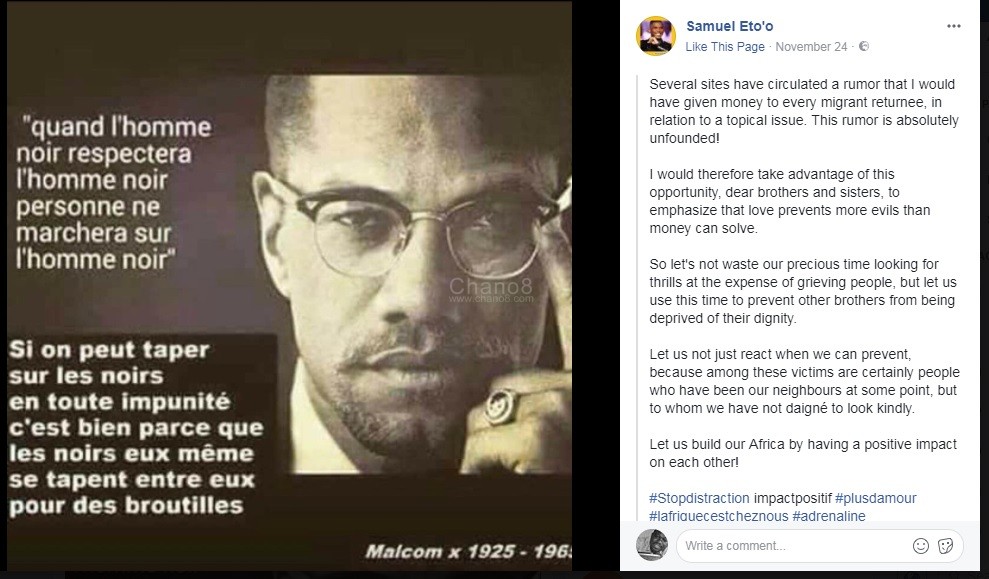 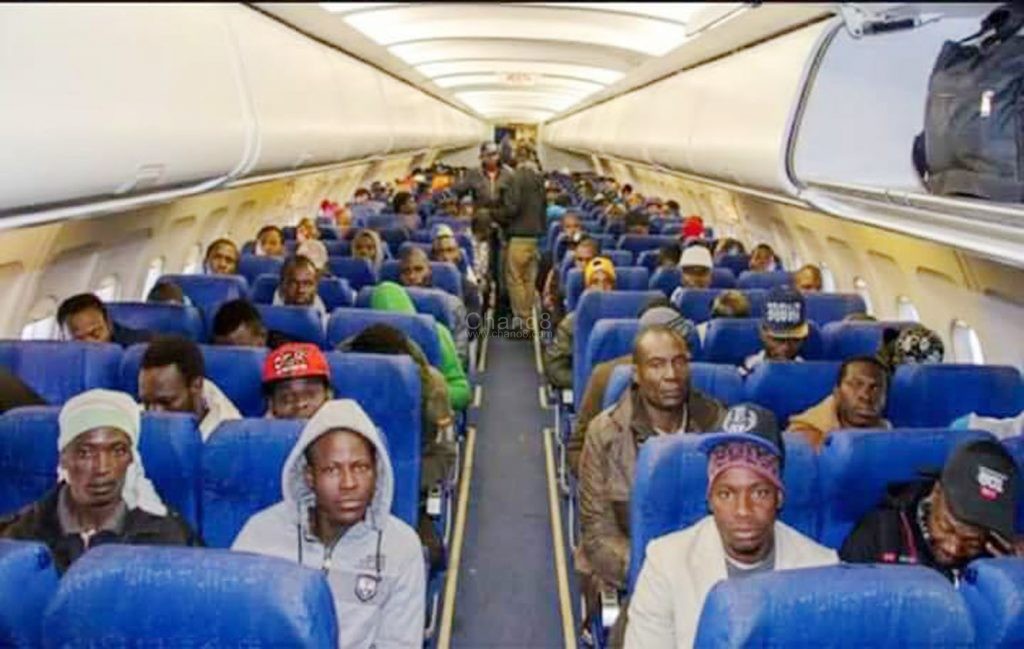 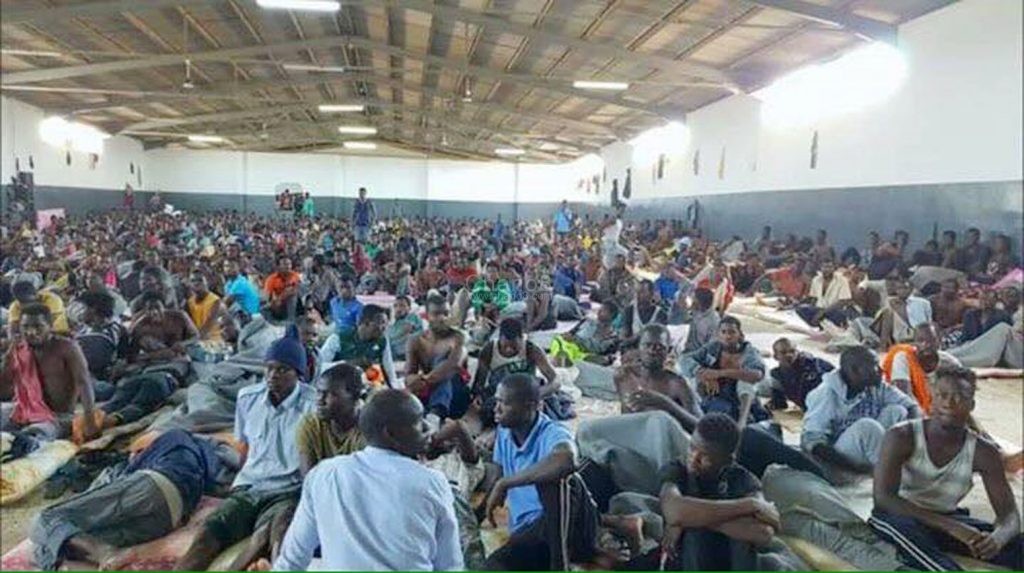 After other stars like Sadio Mané, Copa Barry, Labile Pogba, and Cheikh Doukouré cried out for help, Eto’o the former Chealsea striker and captain of the indomitable Lions of Cameroon Samuel Eto’o also came out and voiced his dissatisfaction cause by the ‘unacceptable injustice’ as the legendary Cameroonian net buster invited everyone to denounce this inhumanity through a poignant message posted on his social media networks.