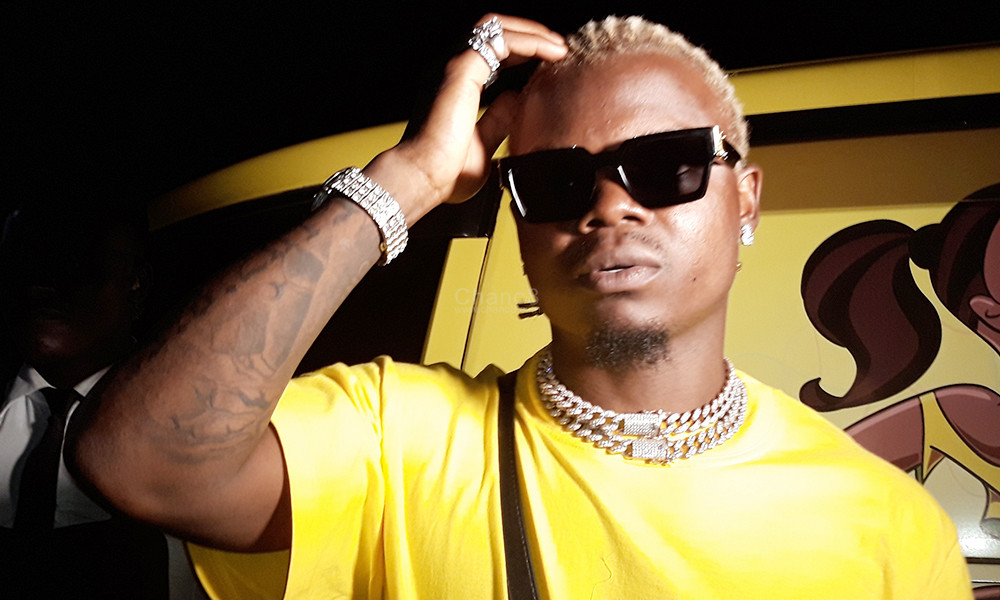 Some months ago, fans weren’t happy with Tanzanian singer Harmonize over recording two versions of the same song ‘Inabana’ featuring Eddy Kenzo and Chameleone. As a matter of fact, fans from both sides accused him of what they called disrespect, without digging deep into the matter to know why it happened like that

In Chano8’s exclusive interview with Harmonize, he explained everything from how it began to where it ended. What started as simple agreement to do a collabo song with Chameleone later became uncontrollable, after the Ugandan veteran musician allegedly refused to authorize Harmonize’s management to release their song

After the song was voiced and done, Harmonize couldn’t release it without Chameleone’s consent. He therefore asked him to contact his manager and give him a green light which he delayed to do according to Harmonize’s narration

“Inabana was a song I did already so I sent it to him and he worked on it and sent it to me. That was in February. I told him that the song is good but I told him to first contact my manager so that he can give him clearance of the song. I don’t know how he perceived it. He didn’t do that” Explained Harmonize

Even after Harmonize’s effort to ask the ‘Badilisha’ singer why he didn’t contact his management for clearance, he didn’t revert to him and neither did he explain

After losing hope in Chameleone, Eddy Kenzo, who is friends with Harmonize asked to do a 2019 project with him in that time. Harmonize didn’t hesitate to tell Kenzo to jump on the same ‘Inabana’ song and do his verse.

“Eddy Kenzo asked me what we should do for our fans for 2019 so I sent to him the song. He loved the song and did his verse so when we were shooting the video, I told him that Chameleone did his verse on the song but he didn’t want to release it. Before we dropped the song, Chameleone dropped it too”

Although this is going on, Harmonize is ok with it and asked fans to choose whichever version is good for them and stop making the whole collabo issue a big deal.