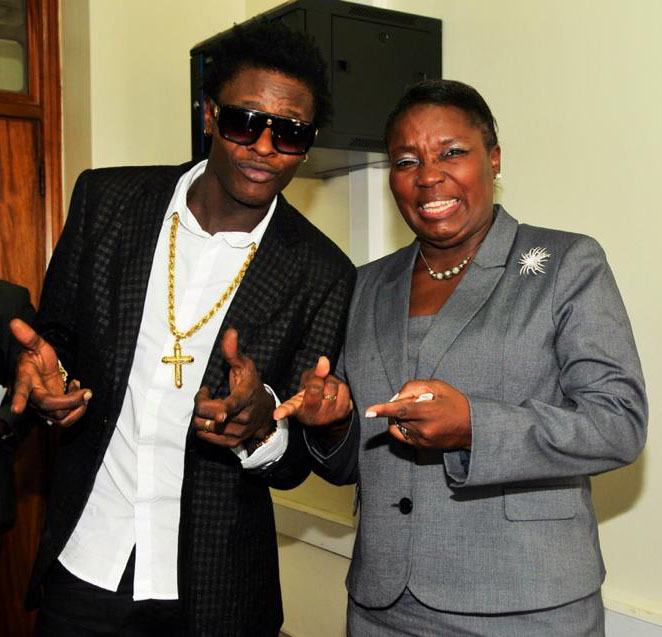 Jose Chameleone has officially kicked off his duties as Busoga tourism ambassador. Chameleone who was given the responsibility by Speaker of parliament Hon. Rebecca Kadaga has kick started campaigns to promote one of the activities in the board’s tourism calendar and that is the Gagulu rock climbing chanllenge. He has been using his new powers and ‘office’ to call upon Ugandans and well wishers to register and participate for the event meant to raise funds and awareness for the Busoga Tourism sector. He wrote this message on his face book page; 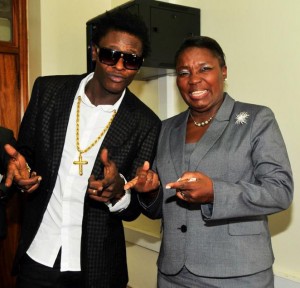 Chameleone with Kadaga at Parliament

I am greatly honored to be using my office as Ambassador of BUSOGA TOURISM INITIATIVE as appointed by the RT.HONOURABLE SPEAKER OF PARLIAMENT to invite all of my friends to register at the Uganda Tourism Board Offices at the National theatre for the thrilling KAGULU ROCK CLIMBING CHALLENGE that is to take place on the 9th and 10th May.

LEONE ISLAND FANS JOIN ME as we Build Tourism in Uganda.

FOR GOD AMD OUR COUNTRY!!!

Fresh from holding  a successful tubonge show in Cricket Oval at Lugogo, the excited music doctor has been up to the task even challenging whoever is ready to face off with him at the two day rock climbing challenge this year. Sources also say that he has been issued a lifetime membership card and an official ID for his work. His ID designated as ‘Ambassador’ is open and was issued on 3rd oaf April 2014. The singer who was given the name ‘Ngobi, ’was charged with full responsibility of marketing over 40 tourist attraction sites in Busoga region. 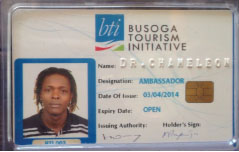