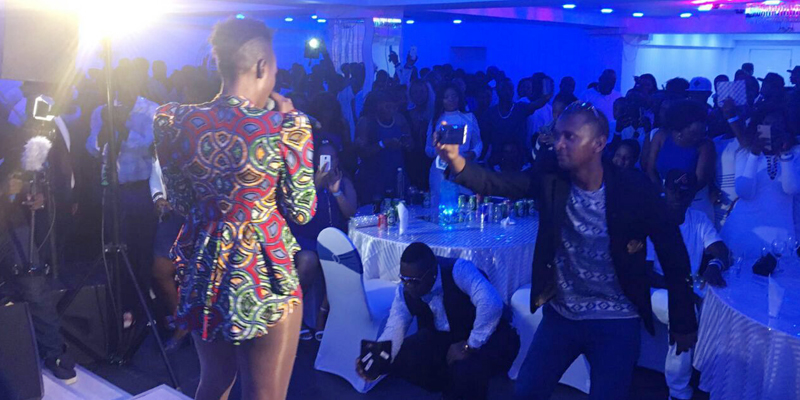 Dancehall diva Cindy on Saturday treated her Denmark fans to the best of her live performance when she finally graced the long awaited ‘Cindy Live’ In Denmark Ciroc Celebrity Party. The ‘Ayokya’ hit singer left Uganda for Denmark on Thursday although it was not her first time performing there.

Dressed in a ‘kitenge’ top and hot pants, Cindy mesmerized fans as she threw them into a frenzy all at Shiny Star VIP Lounge located in Copenhagen and the event was organised by Red Zone Entertainment and sponsored by Ciroc vodka.

“It was awesome. I had fans who travelled all the way from London, Stockholm, Sweden and Norway. Boys In September opened for me and they had energetic performances so by the time I got on stage, my audience was fired up. They sang to every song and couldn’t let me leave the stage and I performed till 12:30 AM.” Cindy told Chano8 from Denmark.

Pictures of how it went down 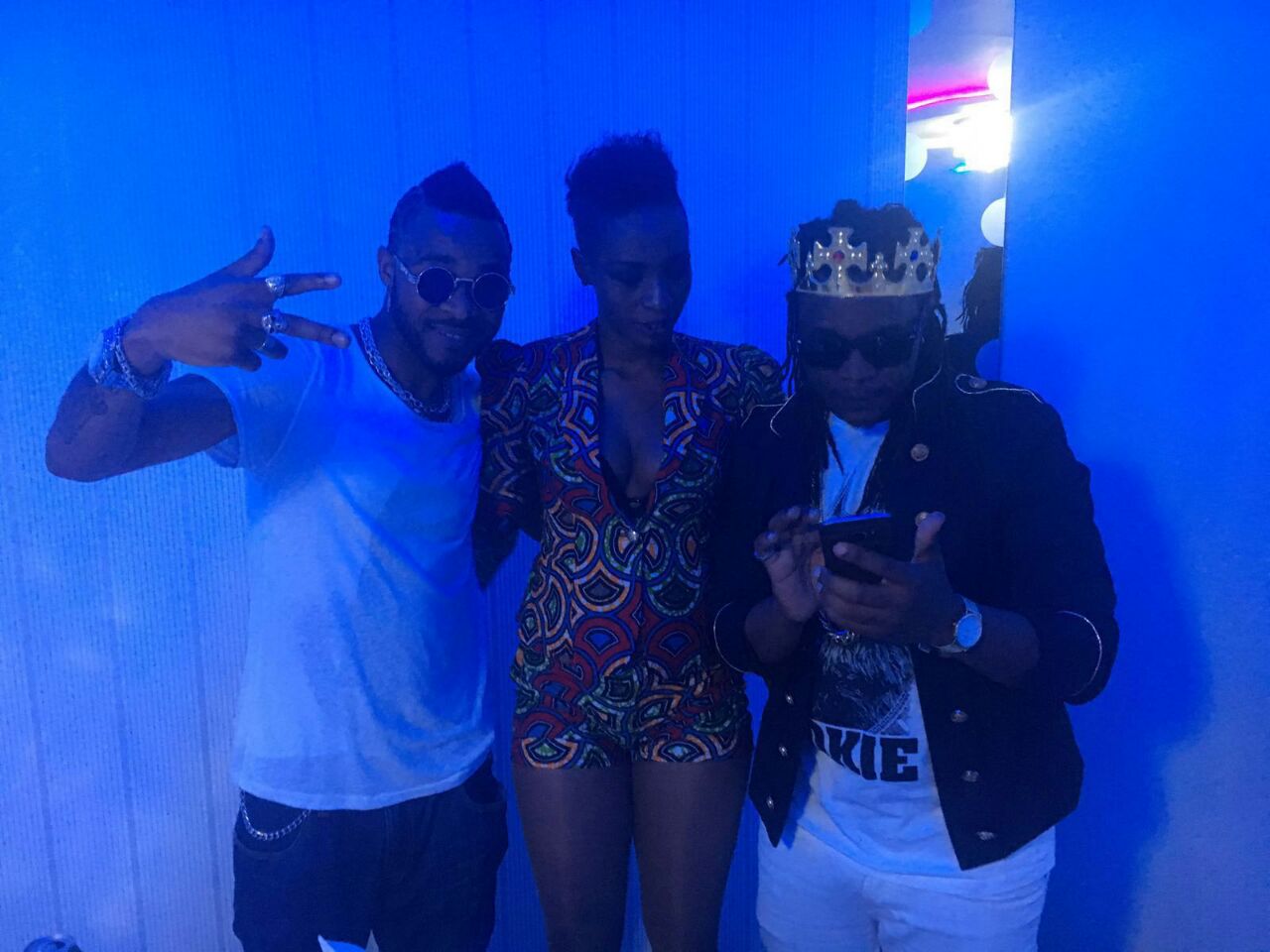 Cindy back stage with Boys in September 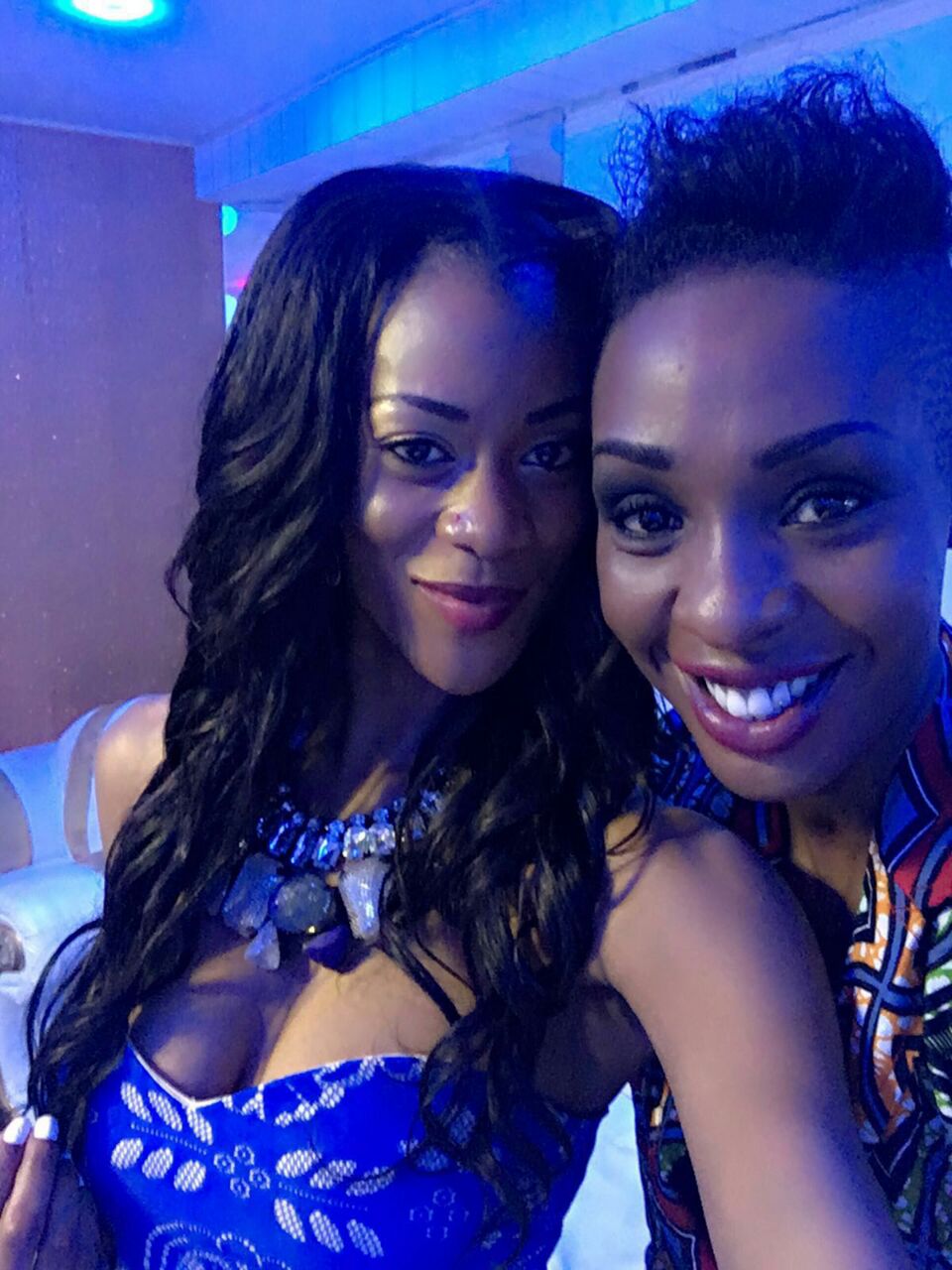 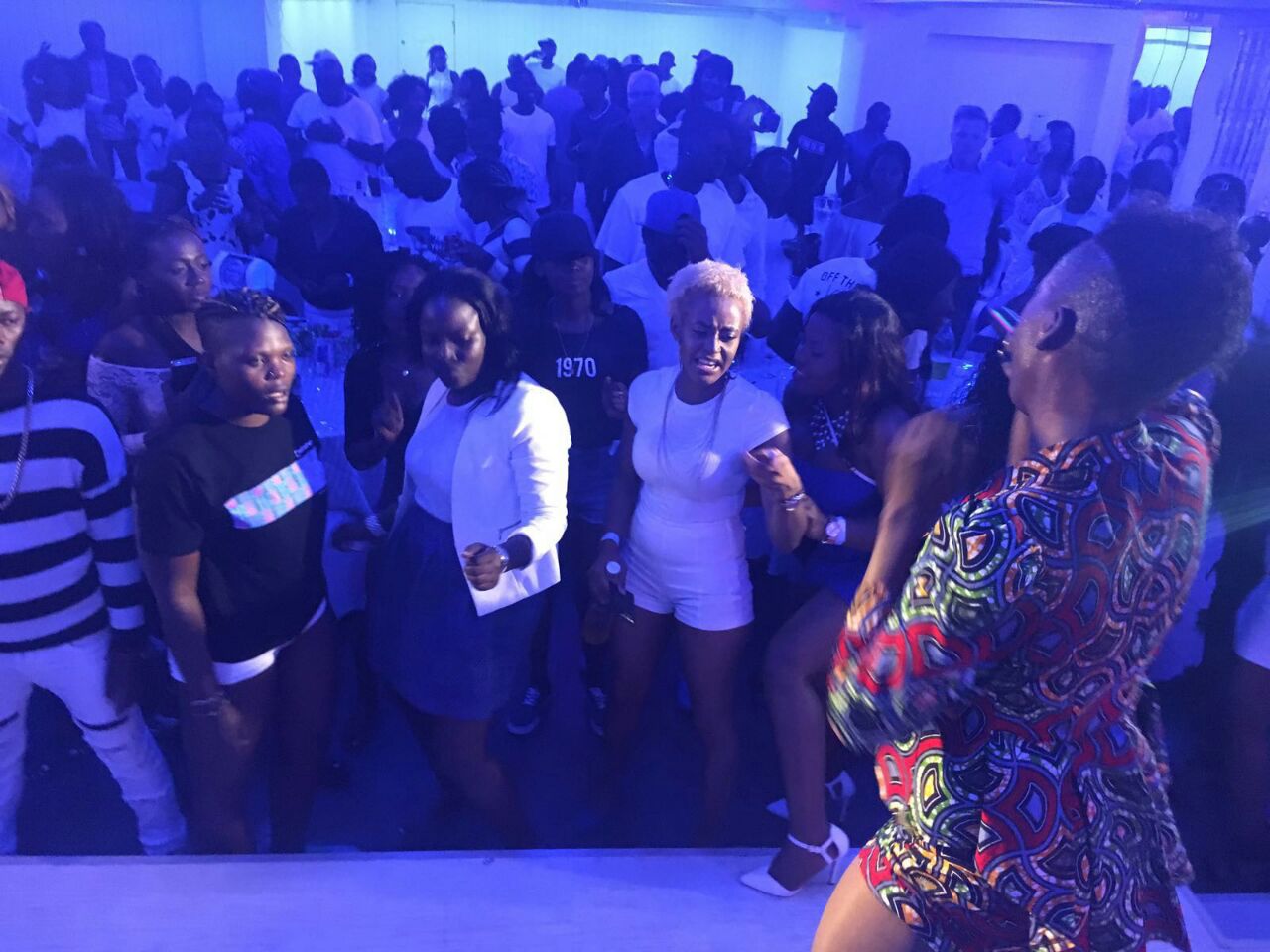 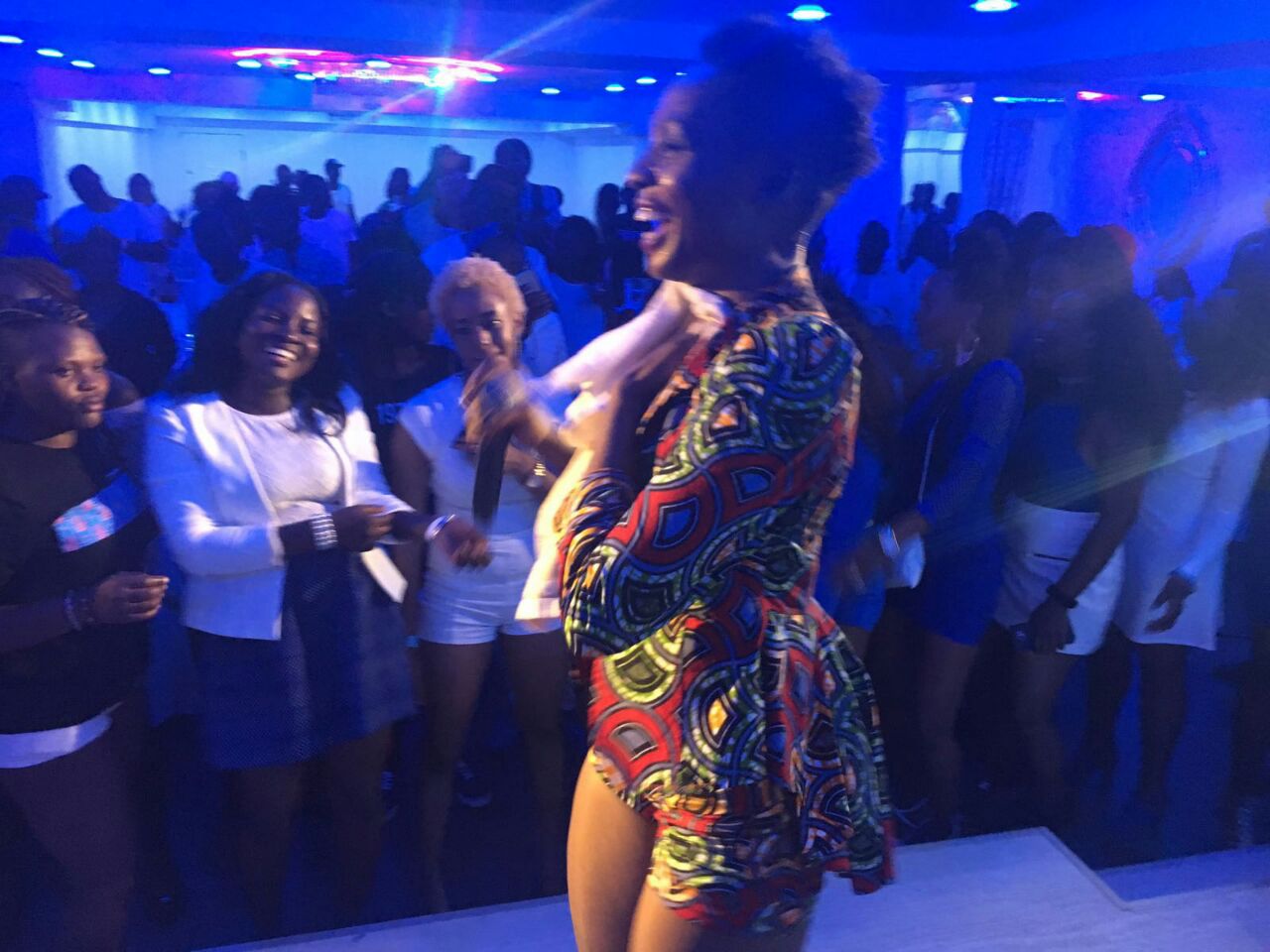 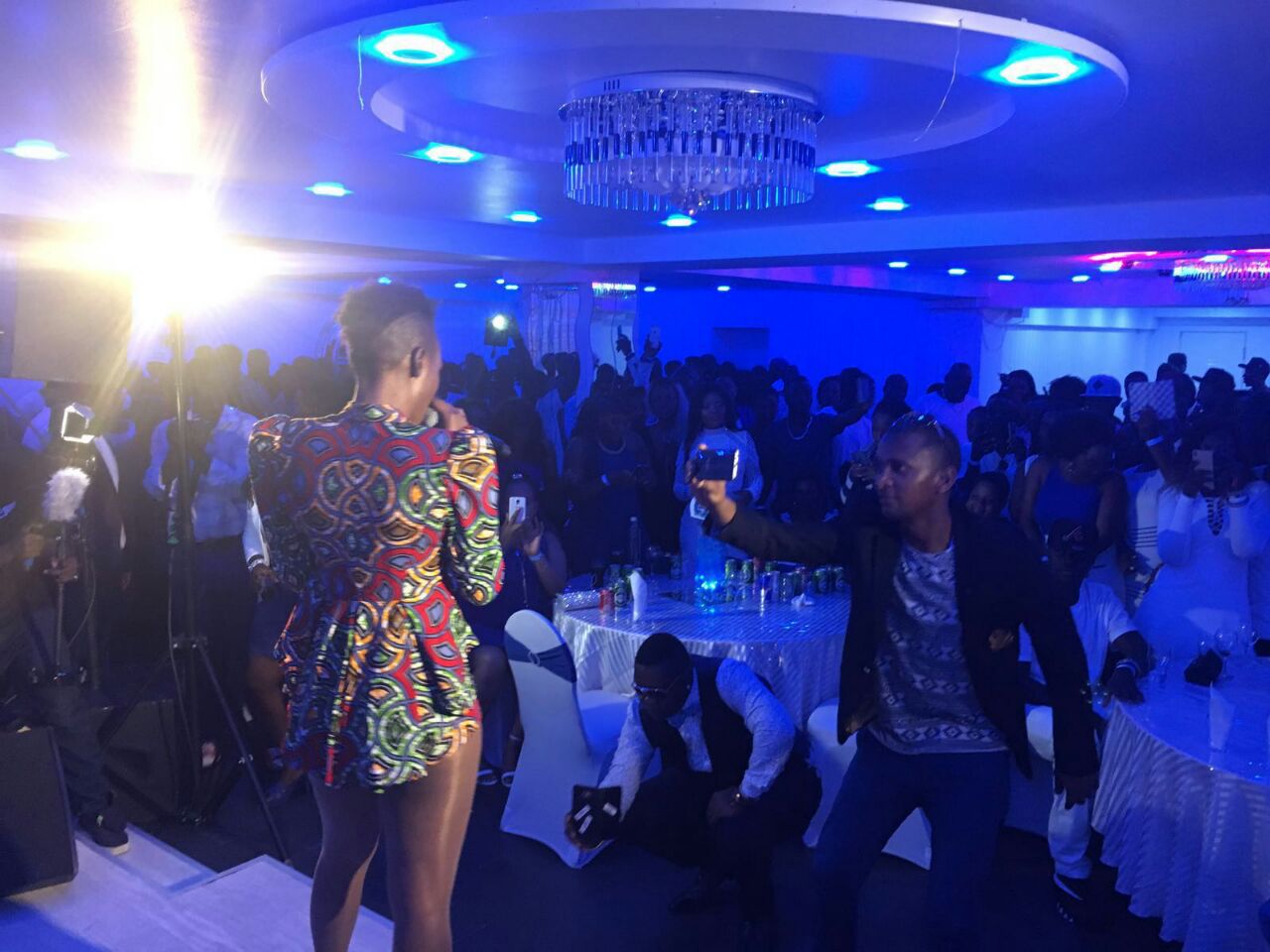 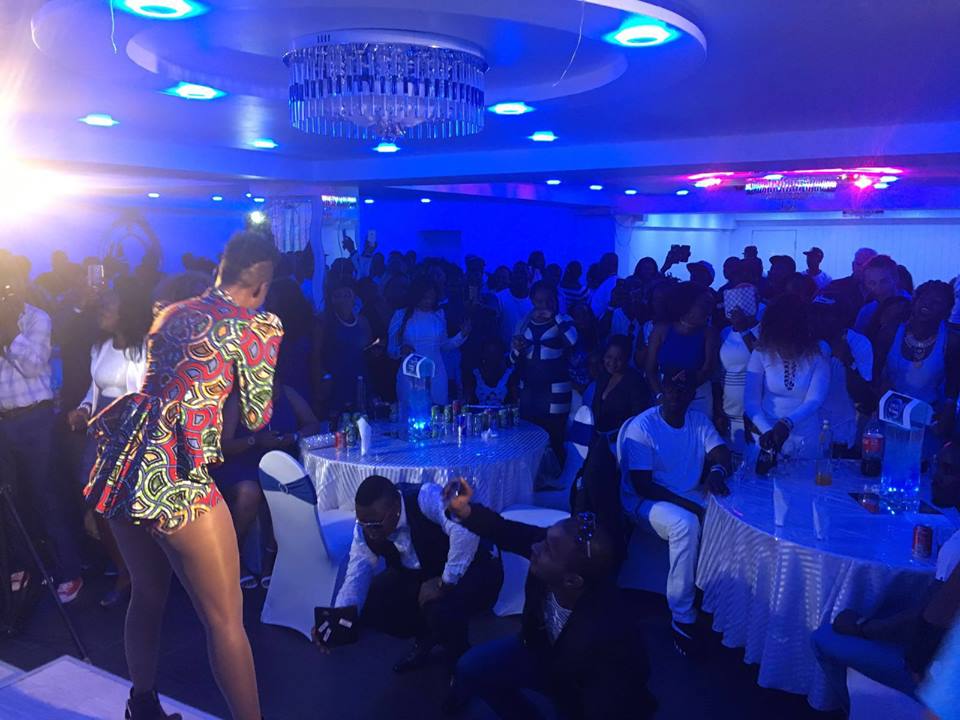