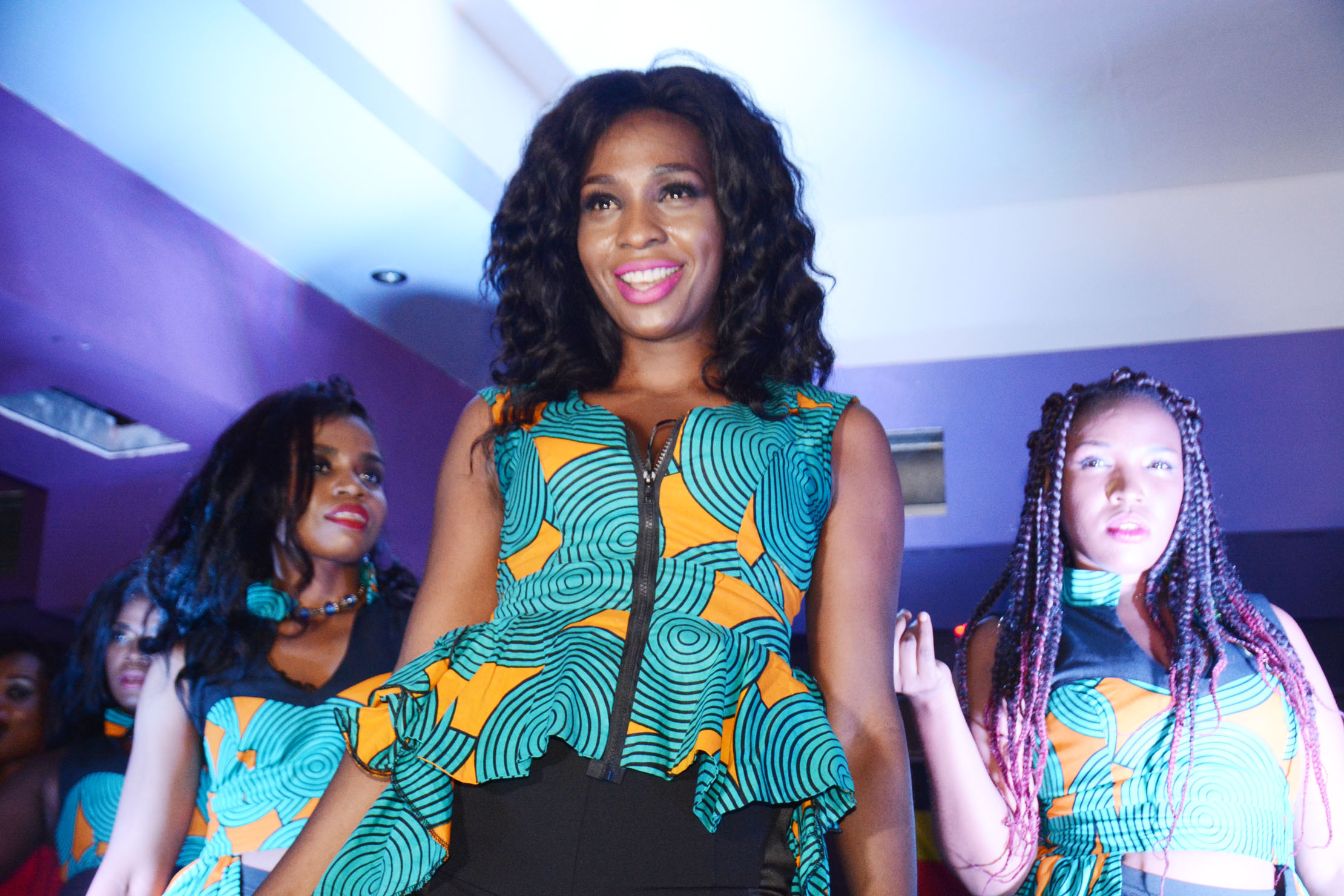 Uganda’s Dancehall star Cinderella Sanyu aka  Cindy Sanyu aka The King Herself officially announced her upcoming and much awaited concert ‘A Night With Cindy’ which is scheduled for August 25th 2017 at Imperial Royale Hotel in Kampala. Cindy in conjunction with Uganda Waragi, the official sponsors decided to use UG RAVE PARTY theme night at Space Lounge  (Former Club Rouge) on Kampala road as the appropriate moment to make the announcement as the ‘Ayokya Ayokya’ singer was the guest performer at the lively Hangout that is steadily becoming a force to reckon with on the night scene.

Cindy brought life to the lounge as soon as news trickled in that she had arrived at the parking and was due to make an appearance first for a live performance and then as the nights star bar maid behind the counter. Indeed she did live up to the hype as her grand entrance caused all sorts of excitement among the fans.

She hit the stage at around half past midnight with a live performance accompanied by her Cindy Band and did some of her popular songs and even some covers. She then took the opportunity to confirm the concert date for her first major upcoming concert ‘A Night With Cindy’ which will take place on October 25th August 2017 at Imperial Royale Hotel. 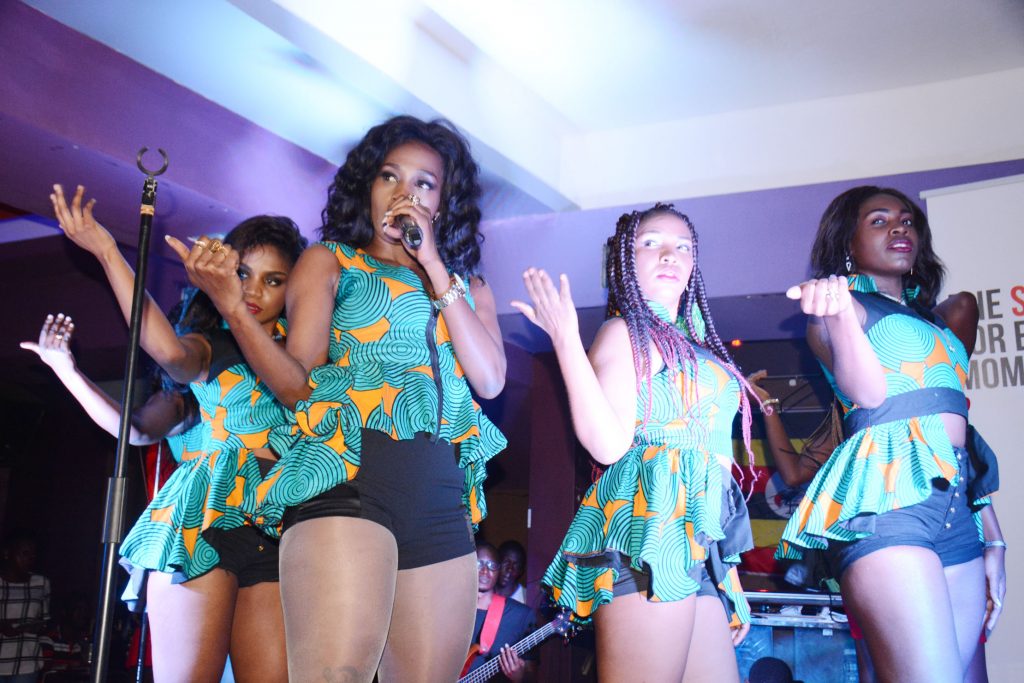 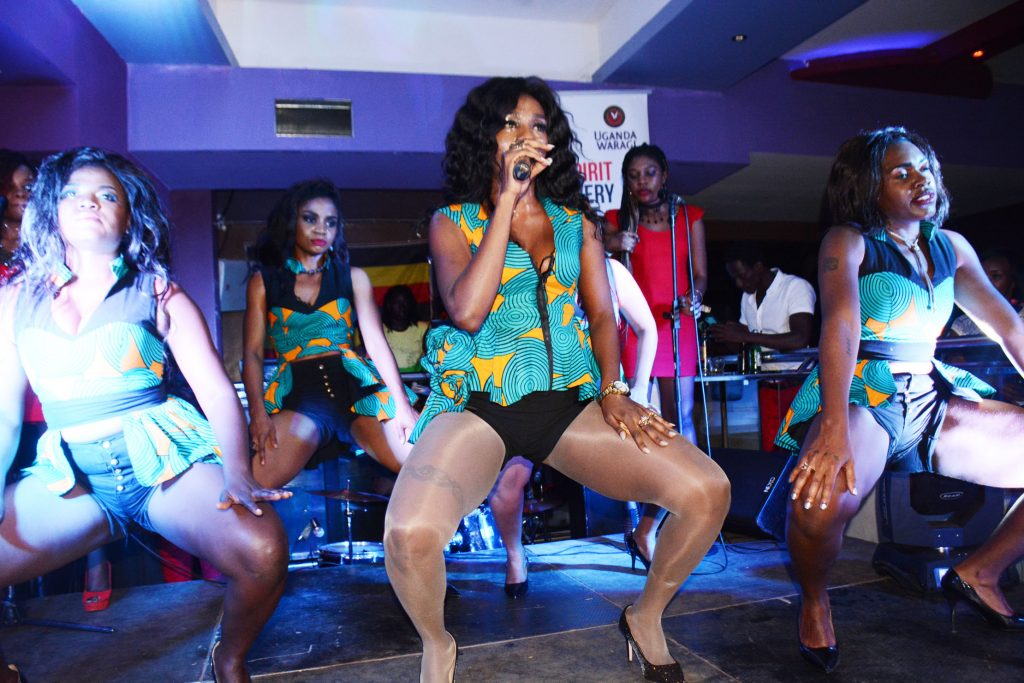 Cindy performas with her dancers last night at Space Lounge in Kampala.

She emphasised that the awards will be in Kampala and not Entebbe or Kigali as some sections of the media had earlier reported. Uganda Waragi will be the official headlining sponsors and more details about the vent will be released in due course.

Cindy then gave a fan to showcase her skill with her trade mark ‘rub hook’ dance move before concluding with her popular “Dilemma’ song (Ft Bobi Wine and Mr G). 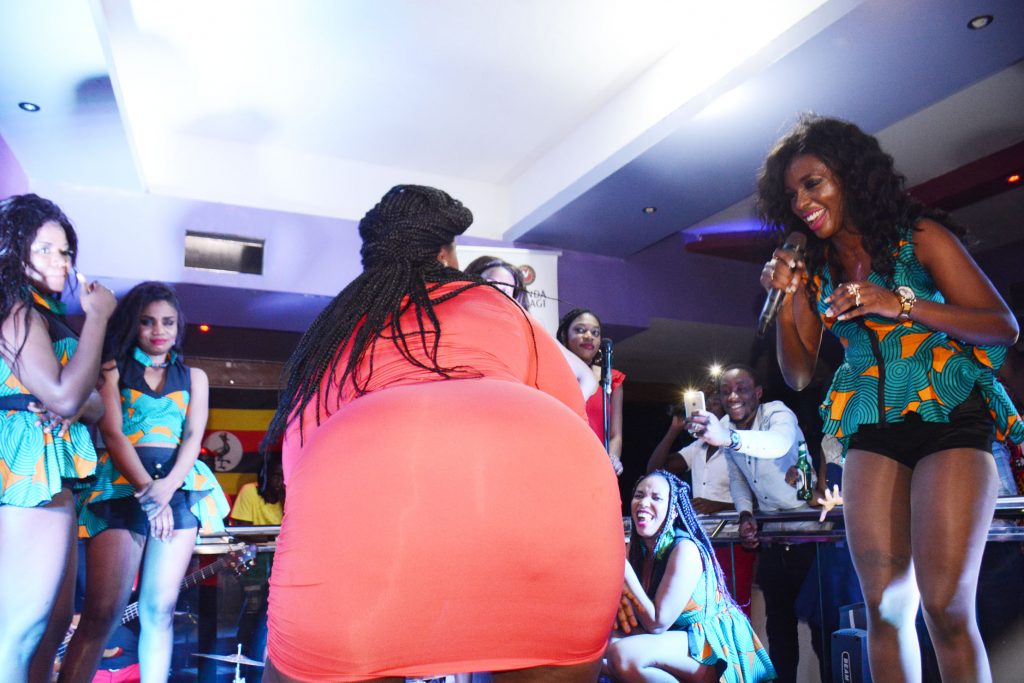 This fans shows Cindy and her dancers how it is done.

After the sweaty and electric performance Cindy and her entourage then left briefly to go and get refreshed for her next assignment as bar tender which she also did superbly as the revellers made orders and took selfies with her.

The party continued till late with DJ Sadat and crew on the decks as complimented by Doro Kats. Singers Allan Toniks and Dj Micheal as well as Allan Dimes, Uganda Cranes footballers Saddam Juma, Baker Lukooya, Noah Semakula  among others were in attendance. 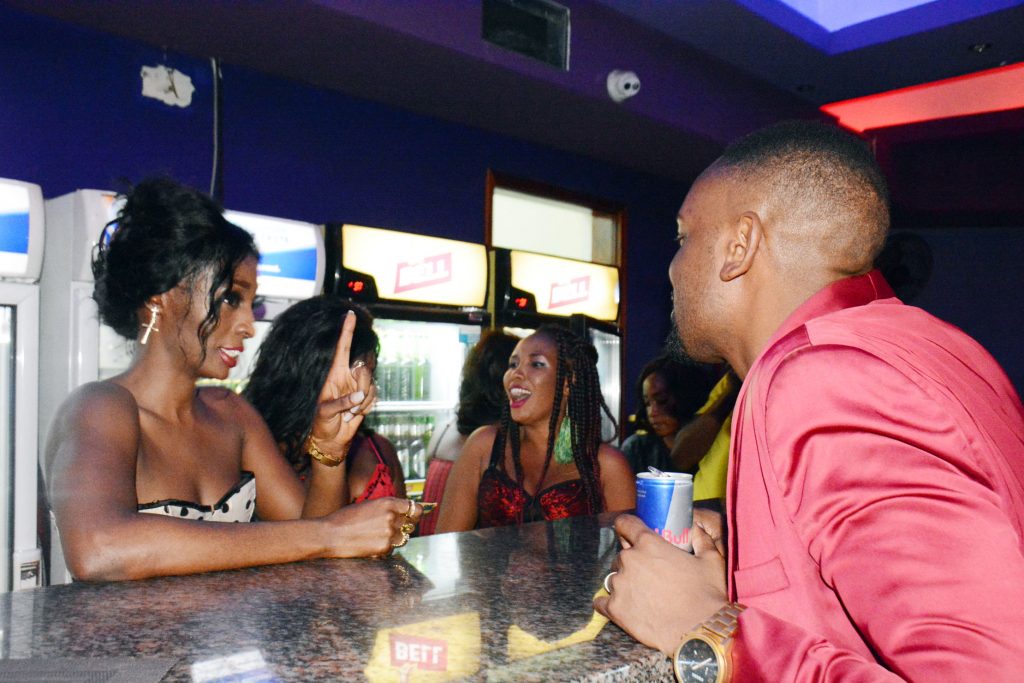 Cindy attends to a customer as she takes orders at the counter. 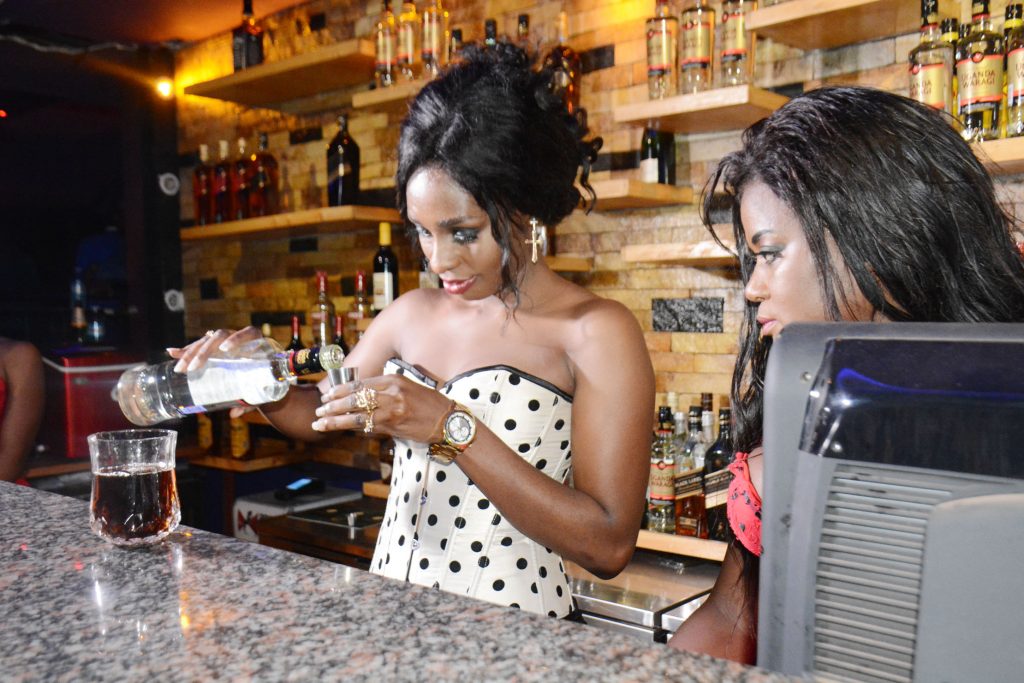 Doing it like a pro. Cindy makes a cocktail 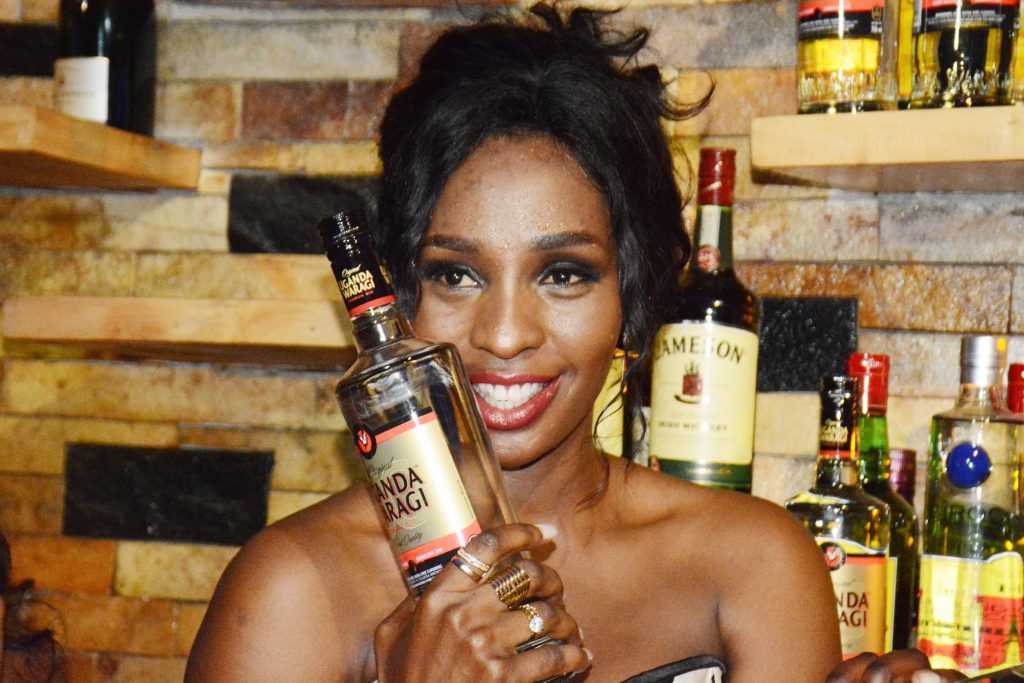 This is my main sponsor. She seem to be saying 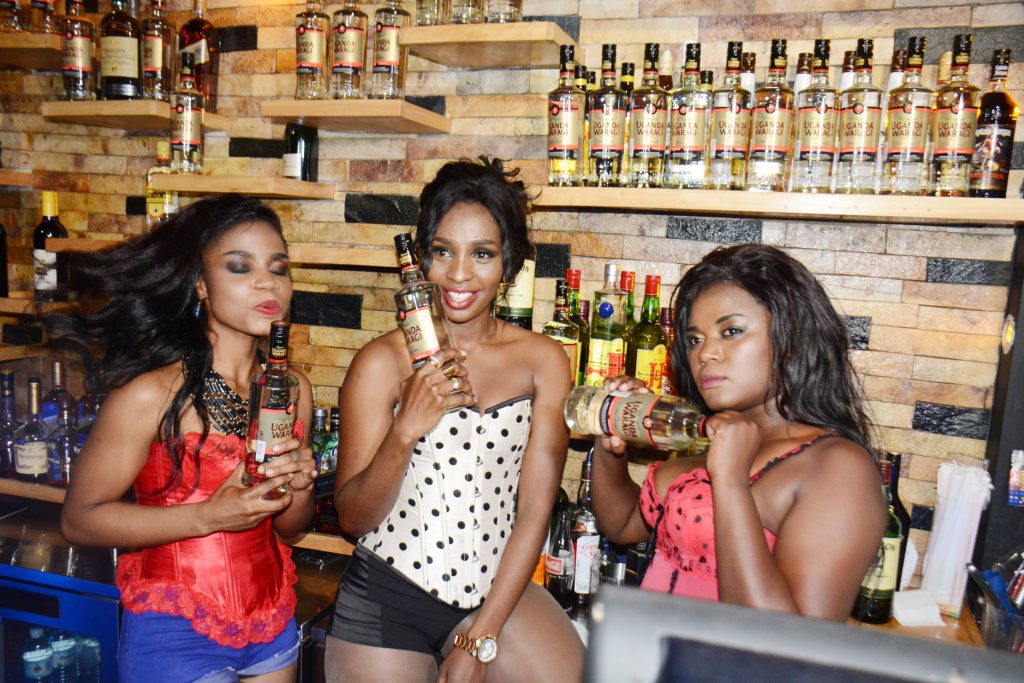 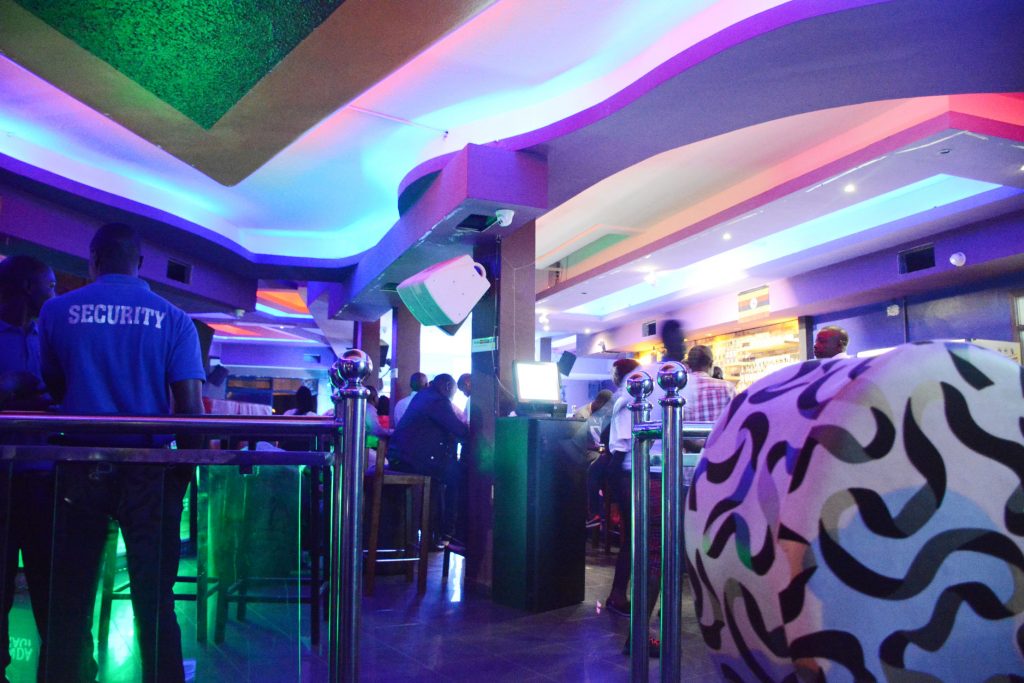 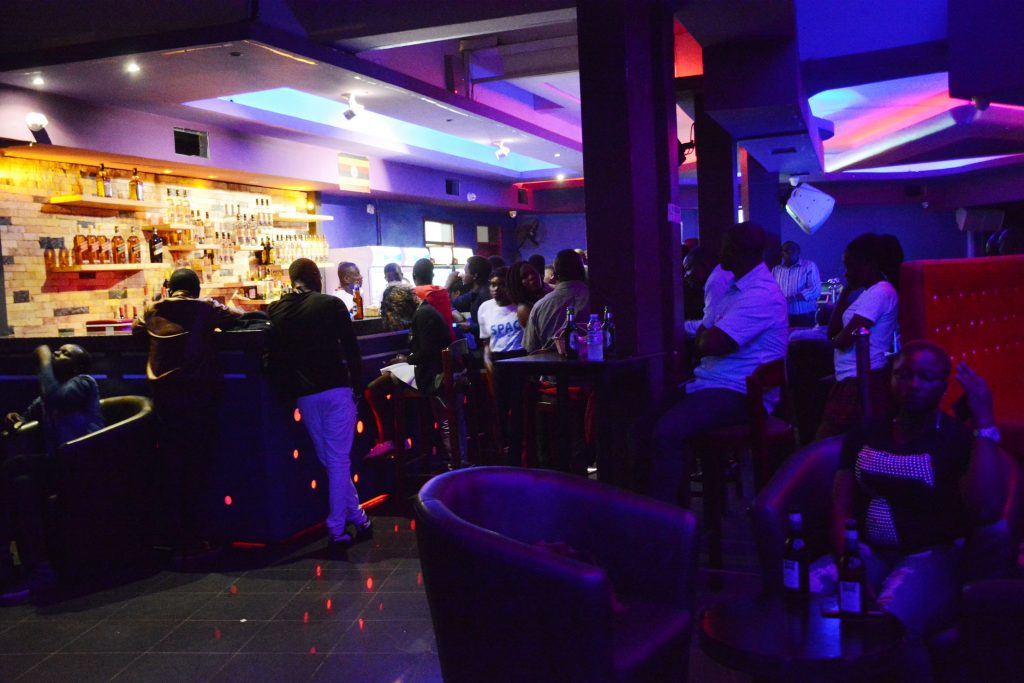 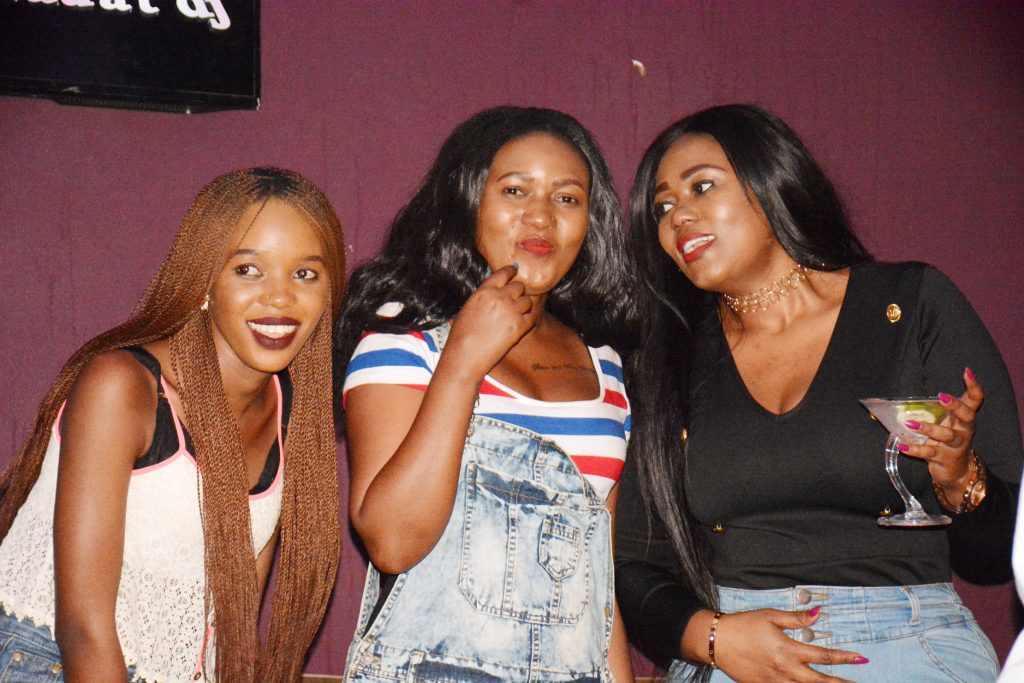 These fans were so excited to see Cindy that, they kept giggling through out the night