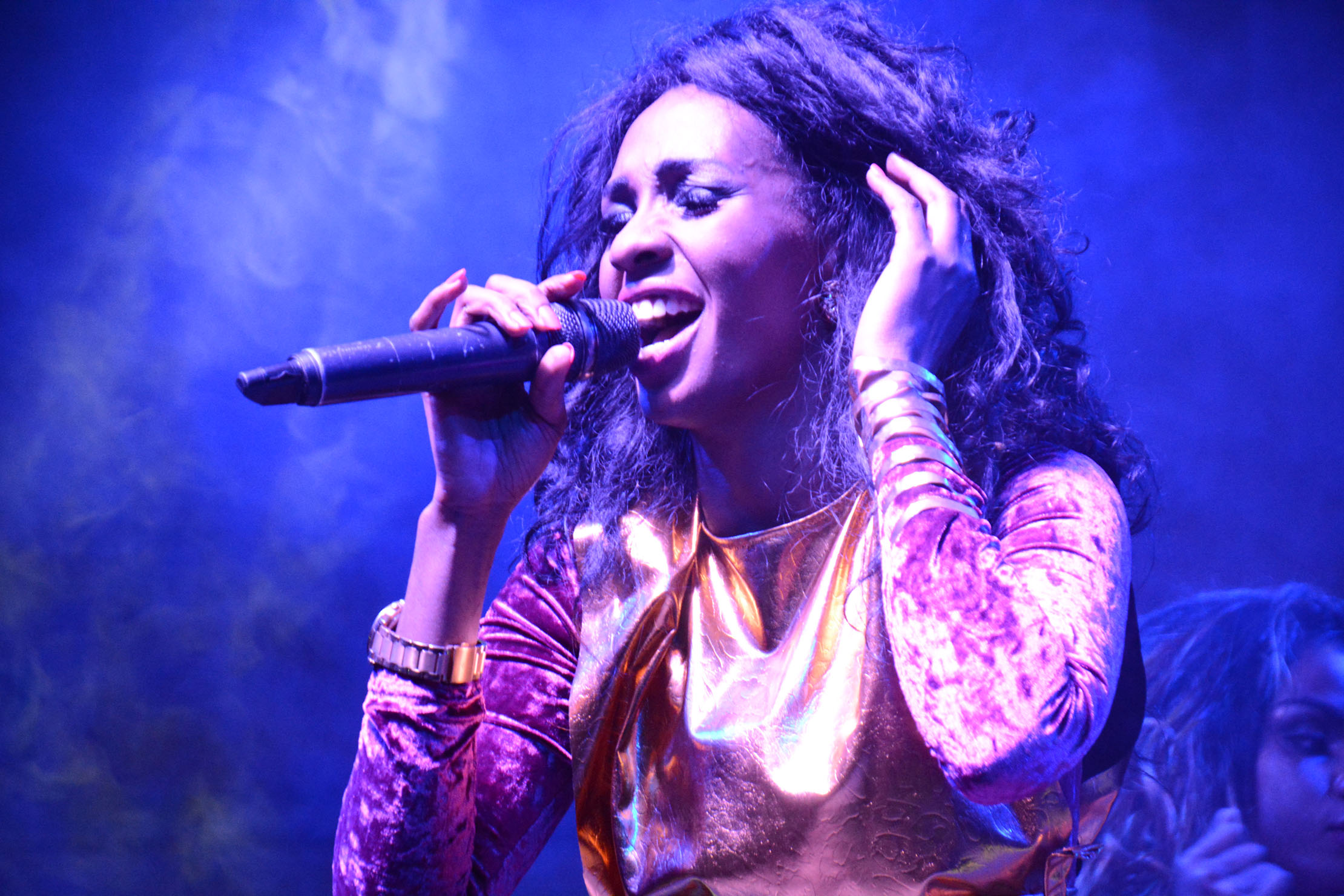 This was her biggest individual show as Cindy following the breakup of the group Blu*3 in which the trio held a successful concert sometime back. But ‘A Night With Cindy’ as was named had a series of back – forward jerks as some things went terribly wrong and on the other side, some big positives to draw and difficult lessons to learn on the night.

For starters, last night’s show at Imperial Royale Hotel had a very low and disappointing turnout with many seats remaining empty throughout the night which forced a delay in the kickoff of the concert which intern dragged the show very deep into the night or rather wee hours of Saturday morning.

With the concert scheduled to kickoff at around 7: pm, there were no signs of anything happening by 10pm as fans trickled in slowly. At half past 10pm when hosts Miss Deedan and MC Kats stepped on stage to try and bring life into the muted audience, things remained dead stuck and the crowd stayed unmoved and looked bored. 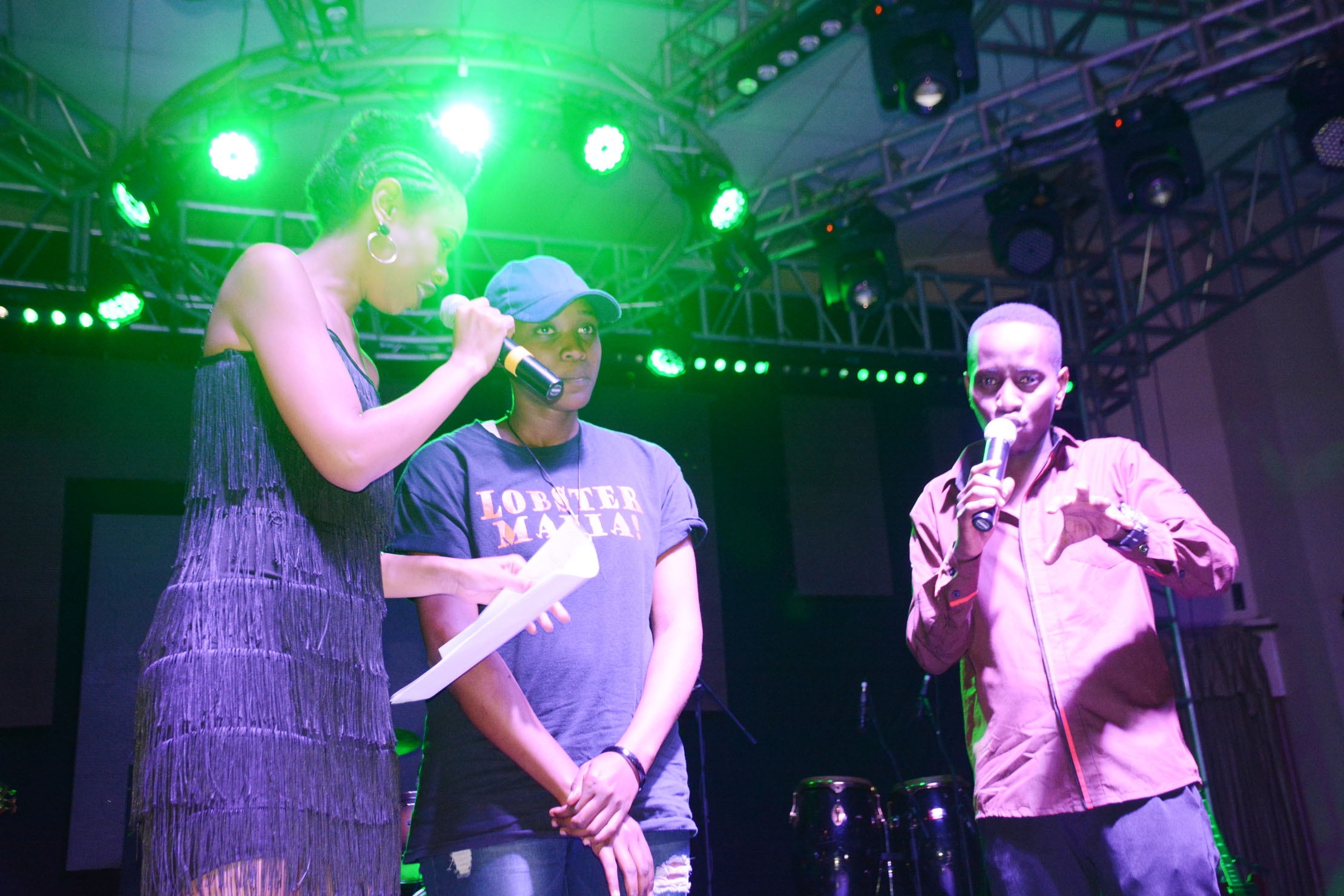 The curtain raisers did not help matters with performances that hardly caught attention and were easily forgettable just like their stage names, save for Deena the Germany lady who sings in Luganda who tried to hard ‘entertain’ with her opening display accompanied by waist-wriggling queen dancers. 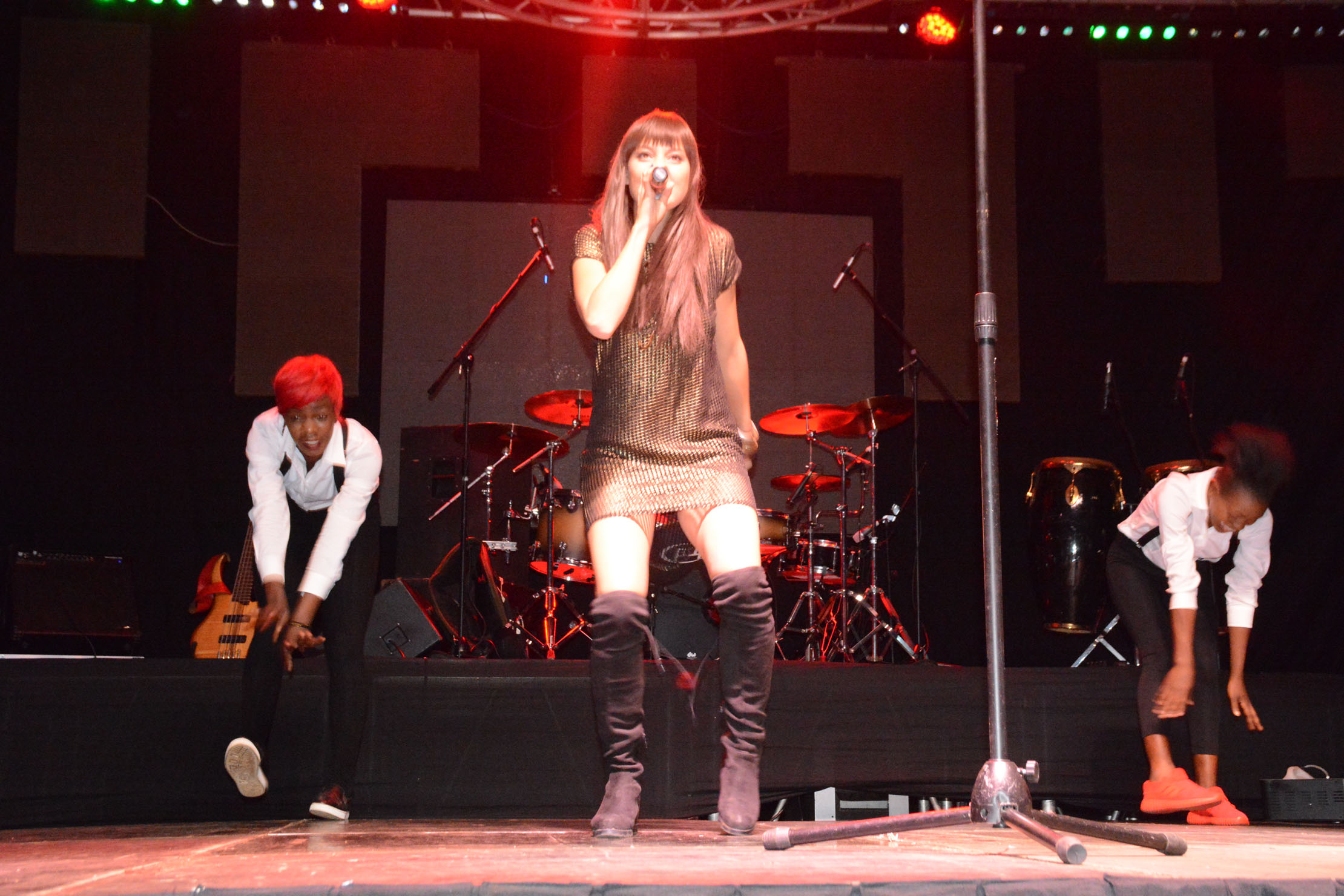 With everything looking to get from bad to worse, it was now upon Cindy ‘The King Herself’ (as she likes to refer to herself) to save the day and indeed she did just that after making a grand entrance dressed in a little black and white pony dress and immediately brought life to the audience accompanied by her backup singers, queen dancers and backed up by her Band Cindy, the lady of the night looked confident and unmoved as she surveyed the audience with a moment of ‘silence’ in which they stood still and aloof. The fans loved it as they cheered and clapped.

She rolled off her performance with a slow romantic session with even the groovy tracks slowed down as she interacted with the audience with slow dance movements and eye contact that worked perfectly well. She opened up with ‘Party’, ‘Dat Dat’, ‘Setecta’ and then really turning it slower with ‘Dilemma’ before switching to romantic melodies like ‘Love’ her original only slow song, ‘One and only lover’ 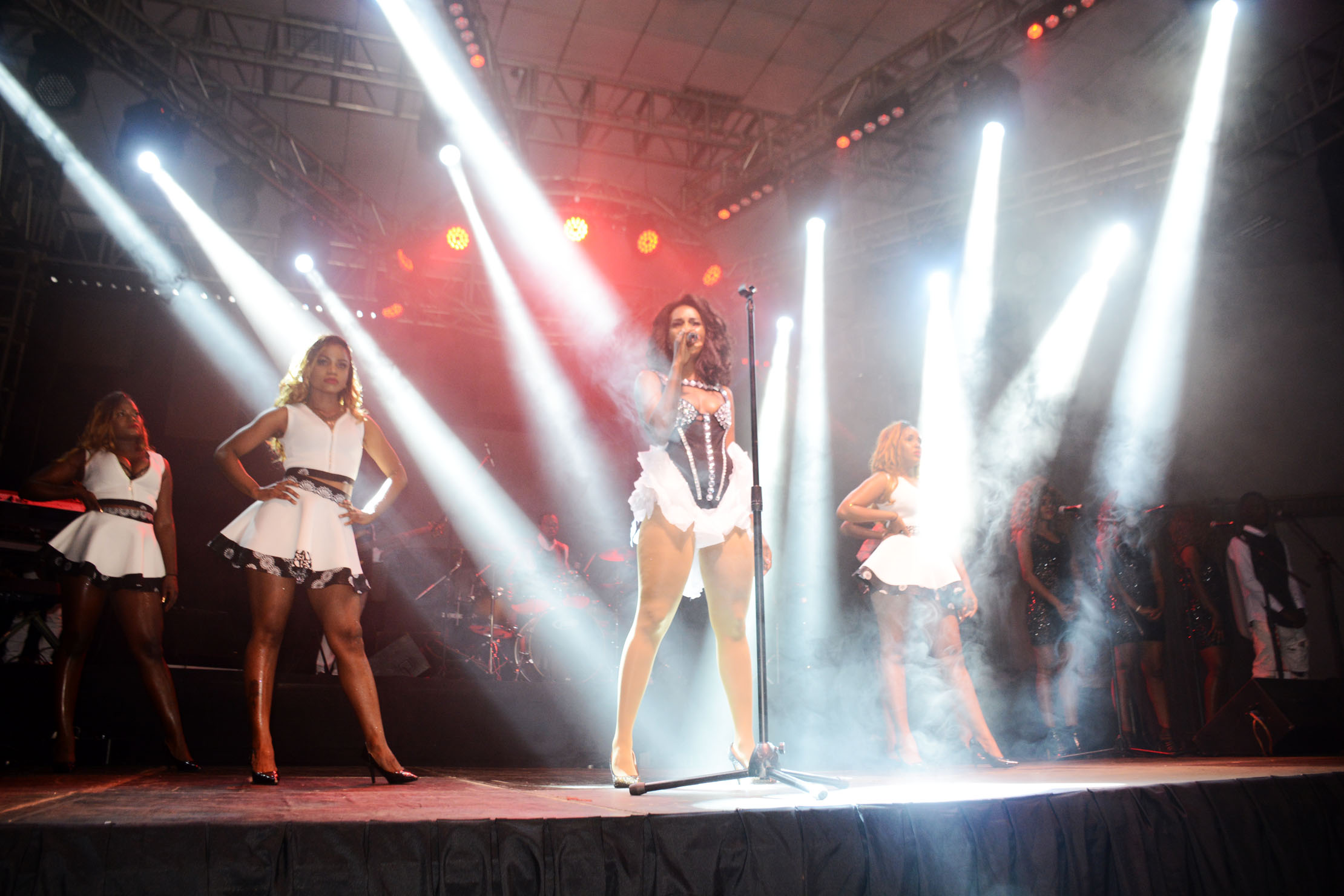 After wowing with the slow and romantic tunes, she changed the tempo (and dress code) abit with an African flow to the rhythm and the song that started her single career ‘Mbikoye’ was the best to kick-start this followed by ‘Zalawo’ and then ‘Fire’ done in dancehall.

When Cindy took the first break, Eddy Kenzo came to support her with a couple of songs and kept the energy flowing as he jumped into the now fair crowd, sang and danced with fans. Comedian Mariachi then cracked a few jokes before Cindy returned this time dressed in purple swim suits and golden aprons for a reggae session with ‘Mateeka’, ‘Yeye’, ‘Nsanyuka Nawe’ from Blu3, ‘Nawewe’, T’ime to say goodbye’, ‘Long time no see’, ‘Sample dat’, ‘Hot hot’, ‘Bintula’ and ‘Tick’. 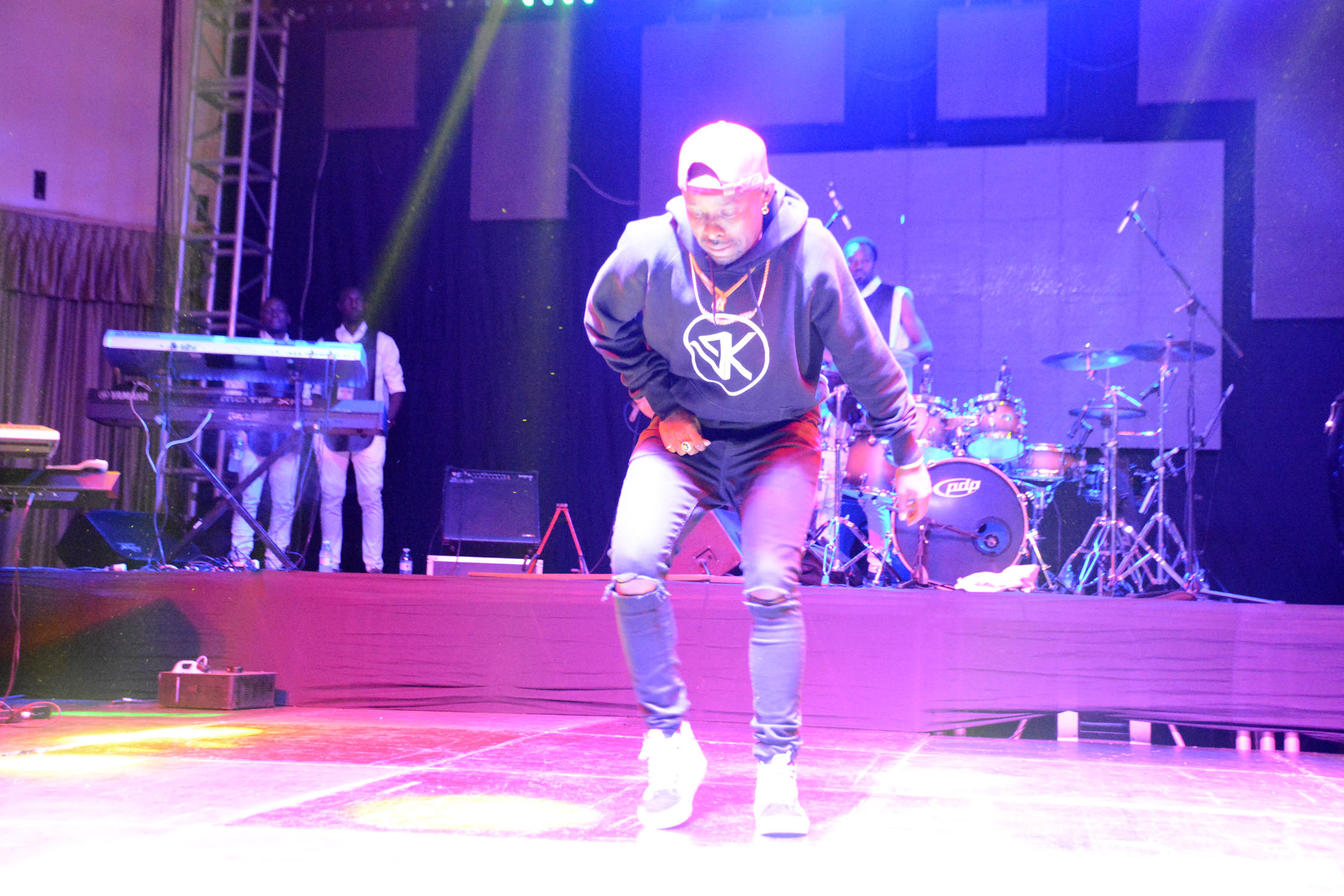 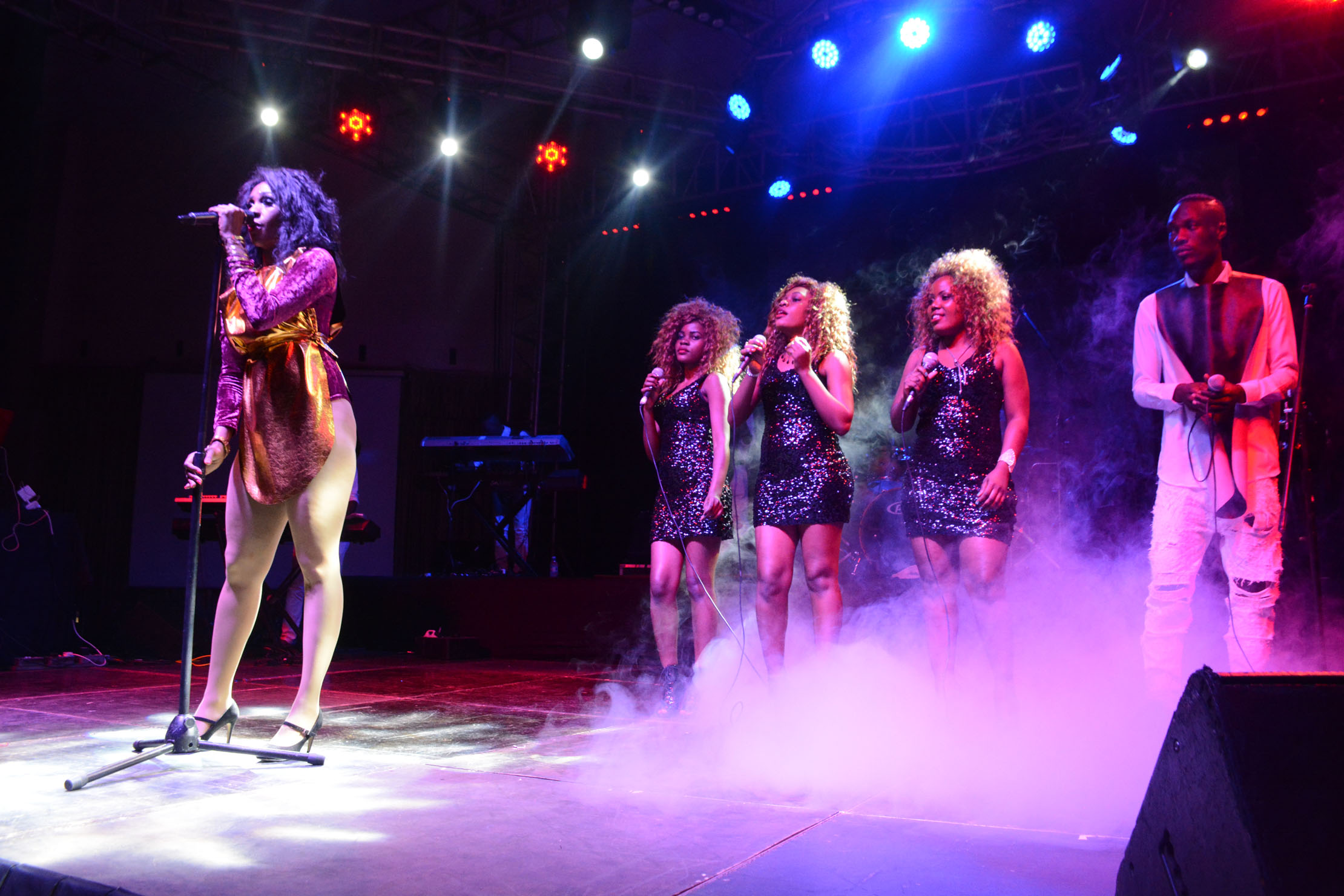 Cindy produced some marvelous harmonies with her back up singers.

A short break where she premiered her movie ‘Bella’ was followed by the dancehall and club banger songs like ‘Ayokya yokya’, ‘Total Satisfaction’, ‘Samo Dat’, ‘Still Standing’, ‘Tempo’, ‘Ndi Mukodo’ and concluded with ‘Run this City. By this time, it was well into wee hours of Saturday morning as the show closed. 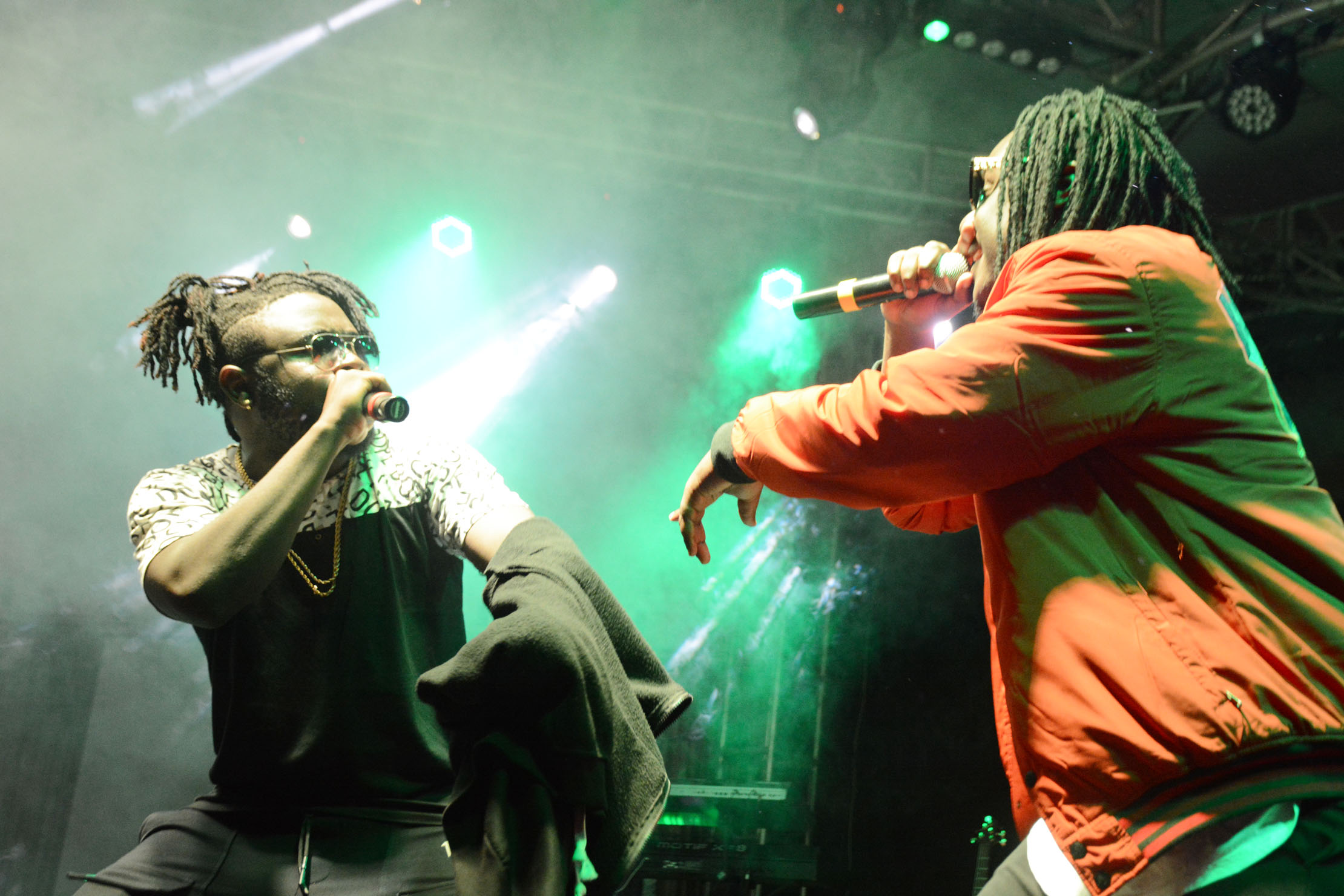 The Voltage Music boys doing their thing at the last interlude 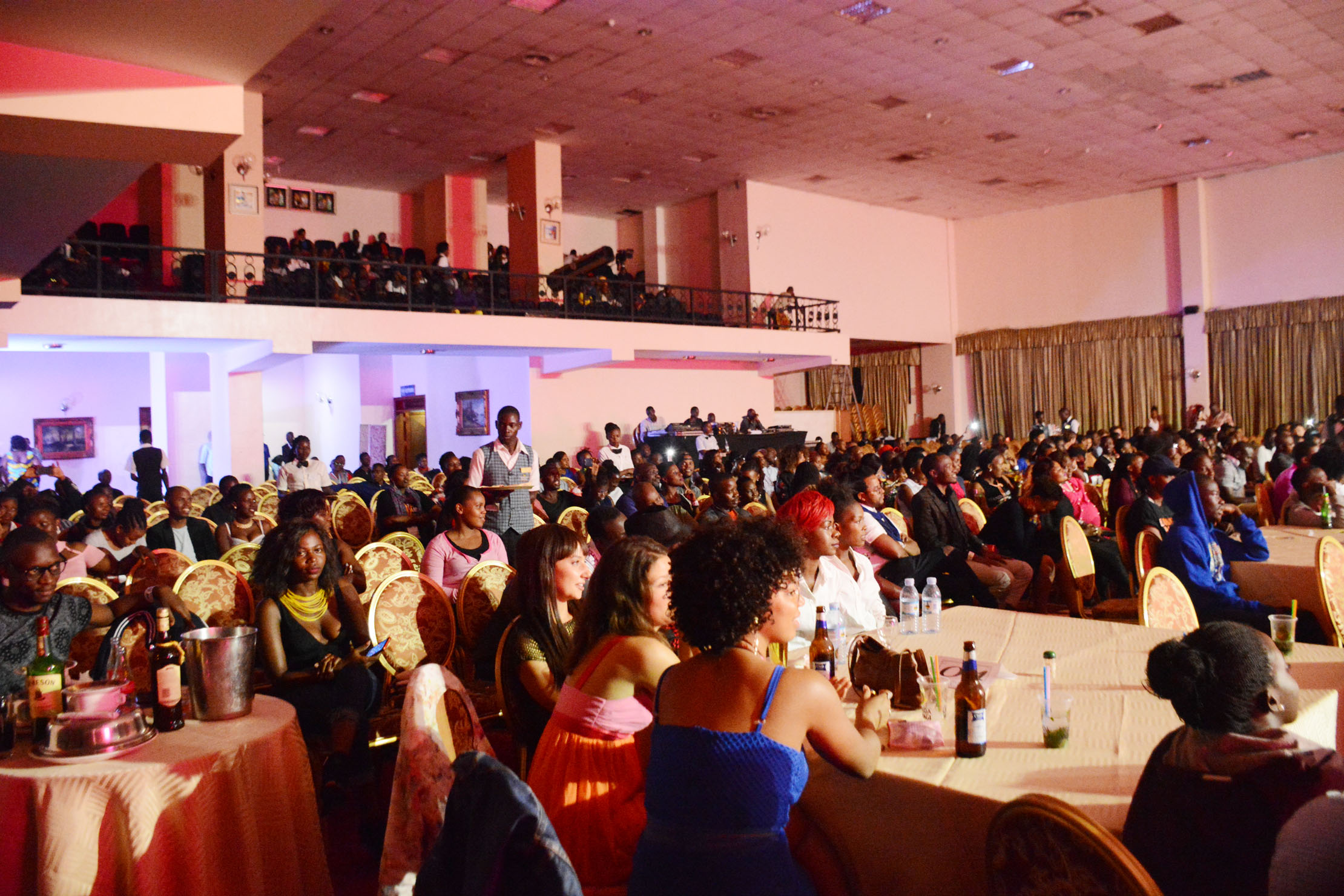 As time went, on the audience eventually grew bigger and the VIP section filled up 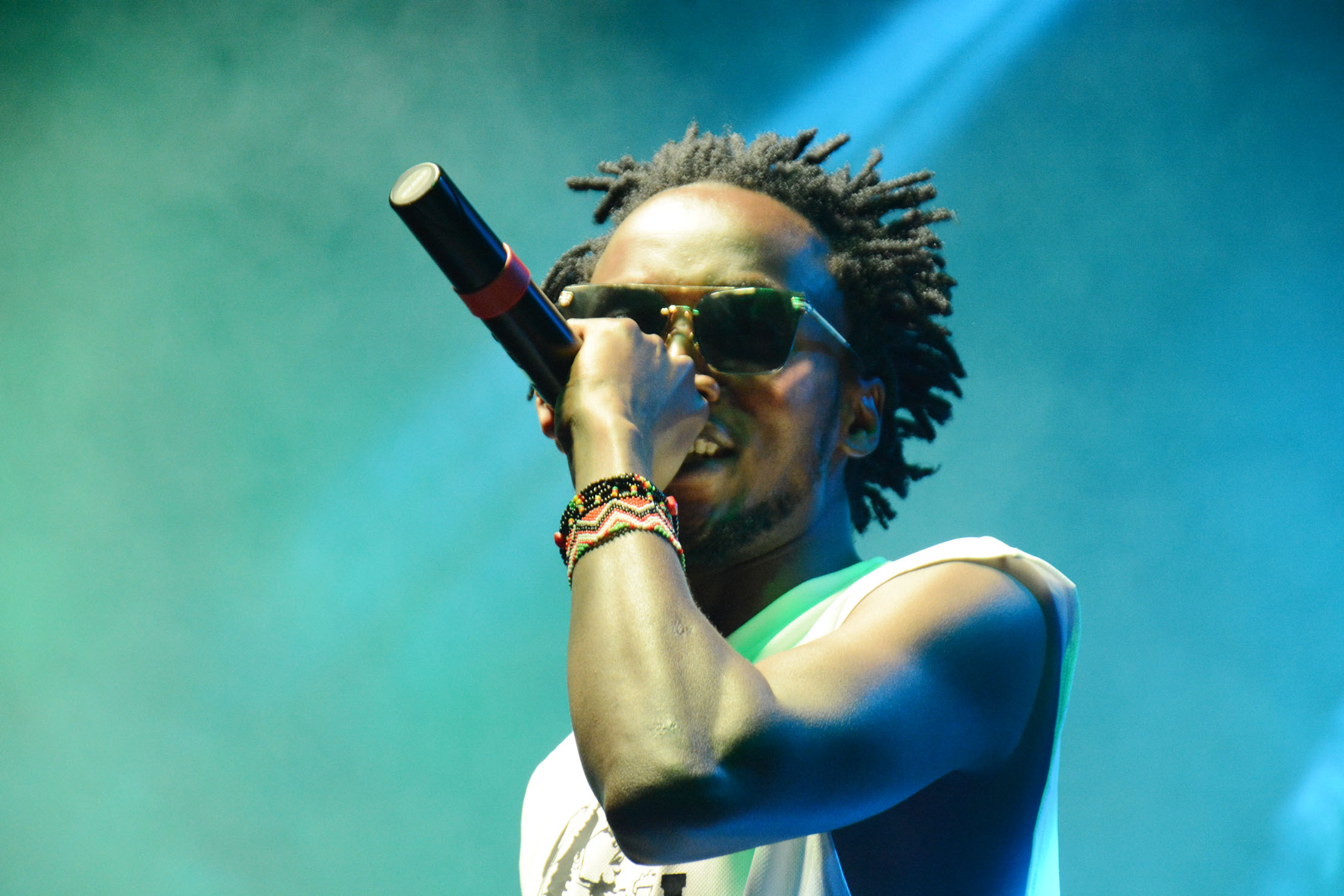 Rapper Dufla Diligon  from Kenya was electric in his performance. 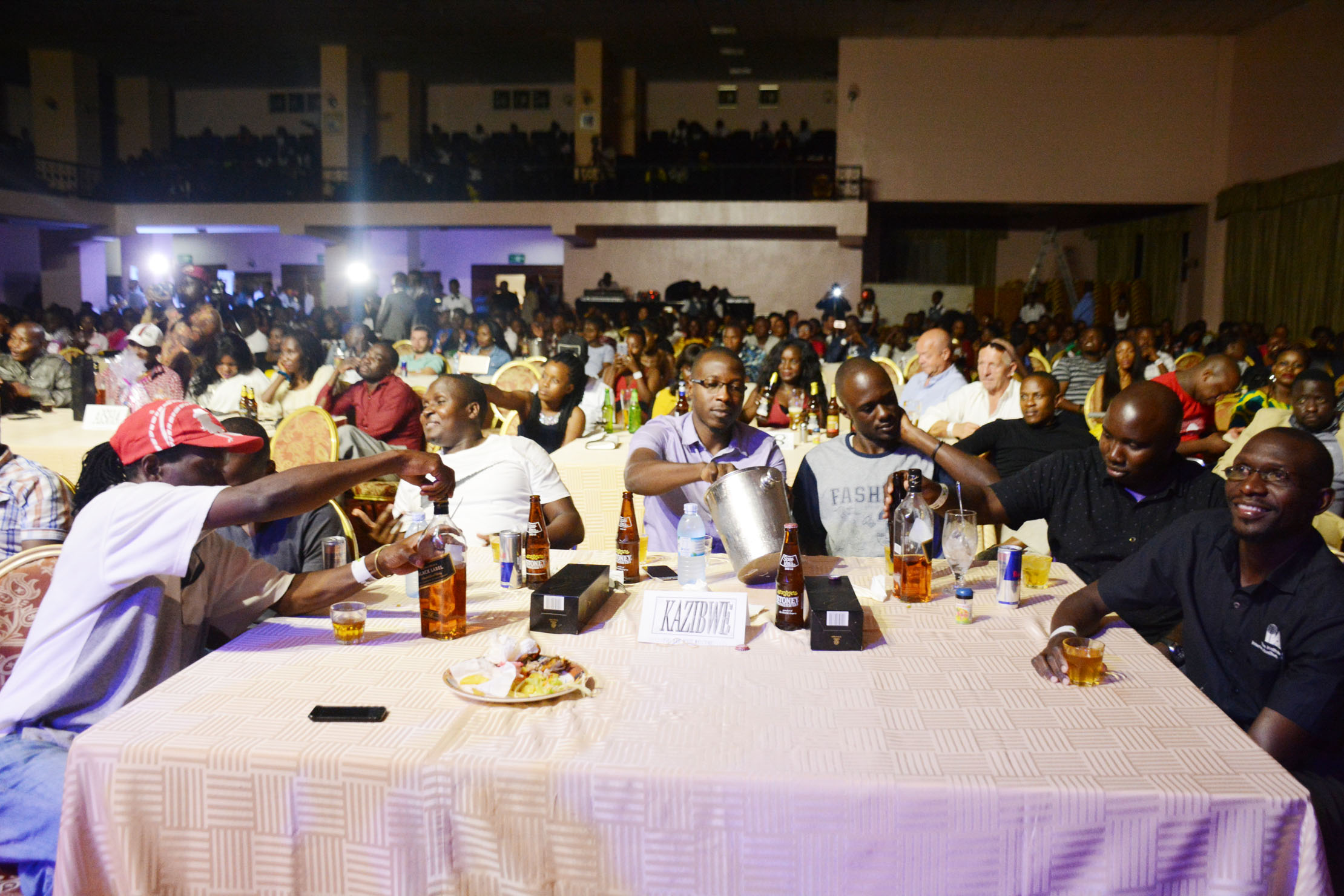 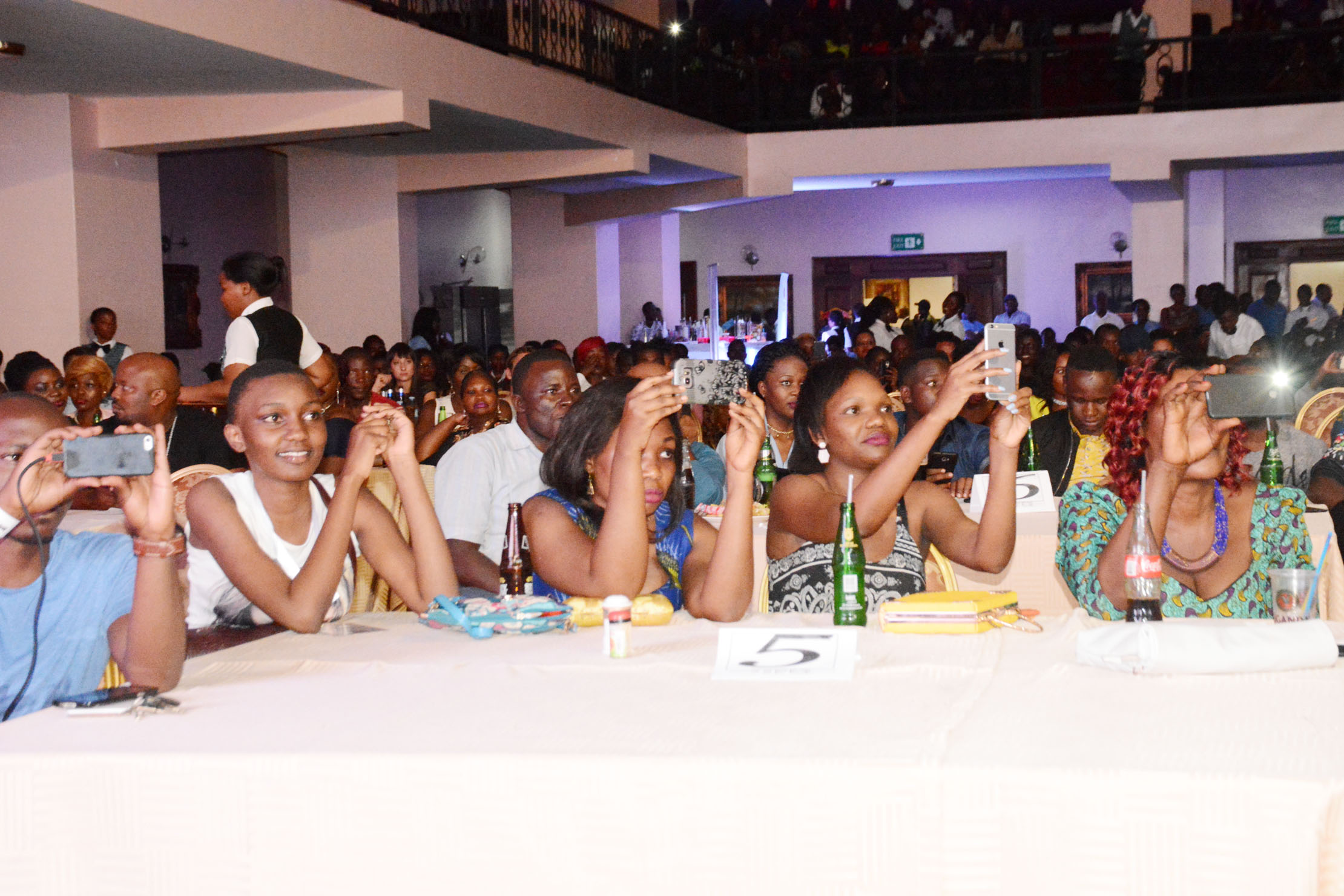 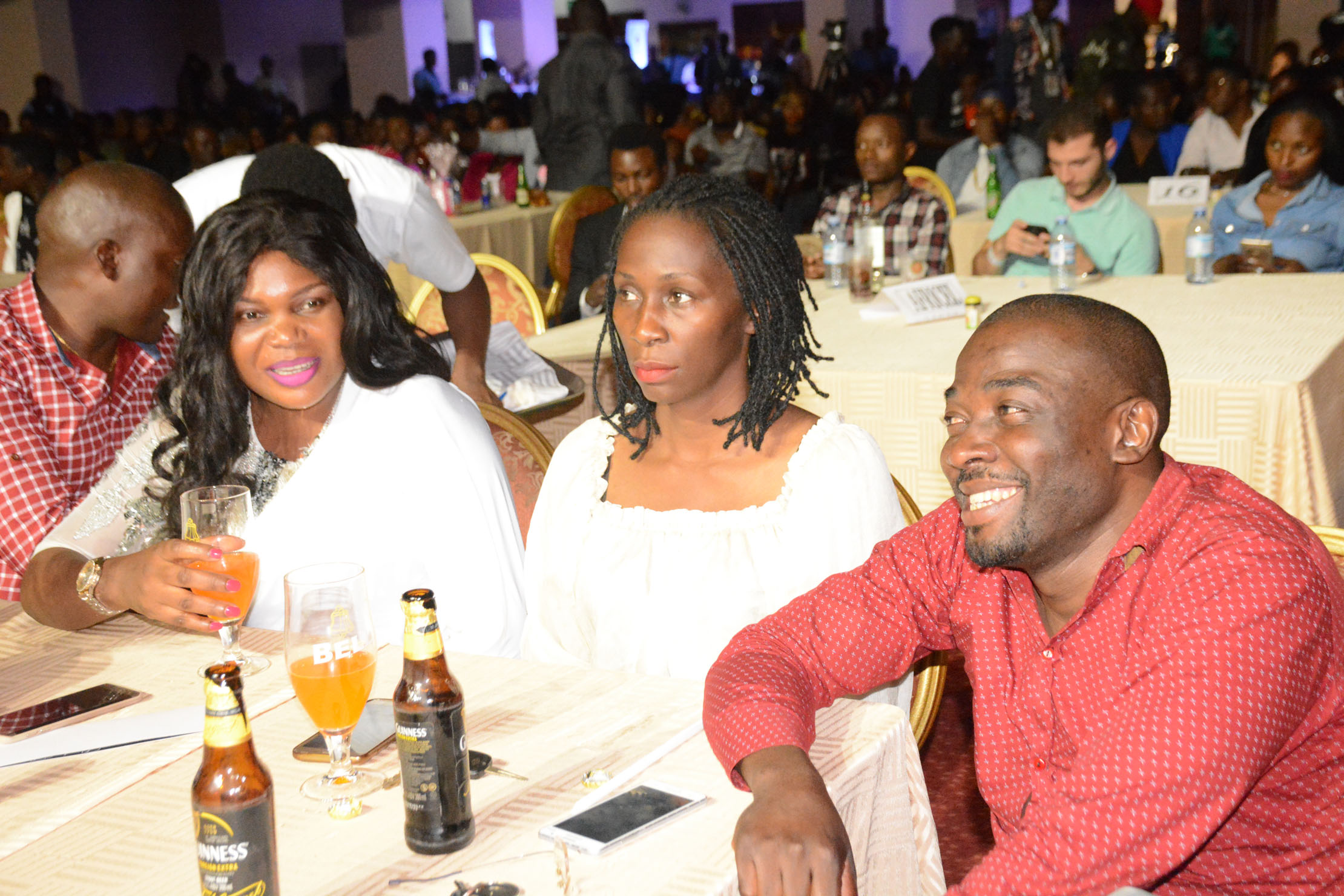 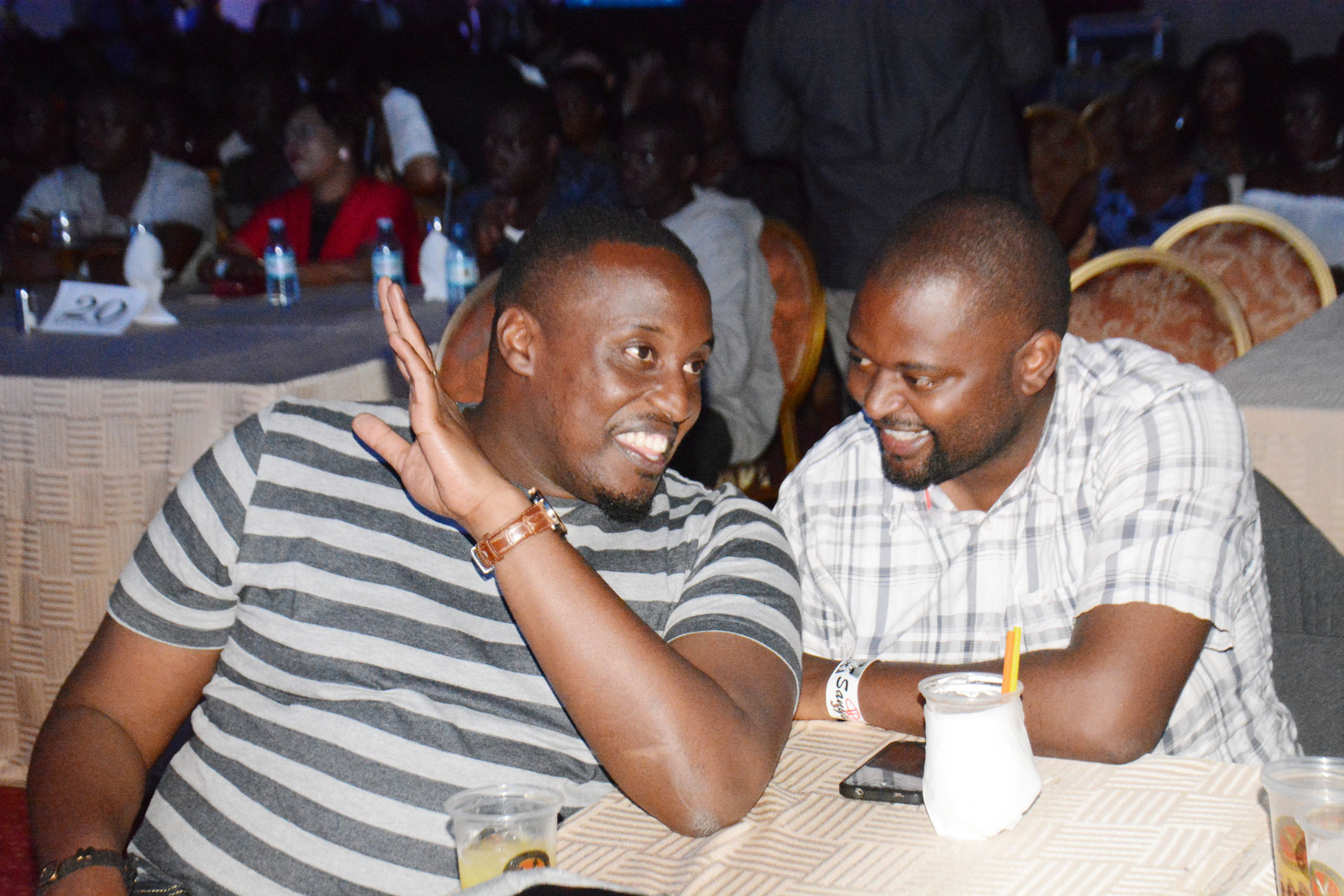 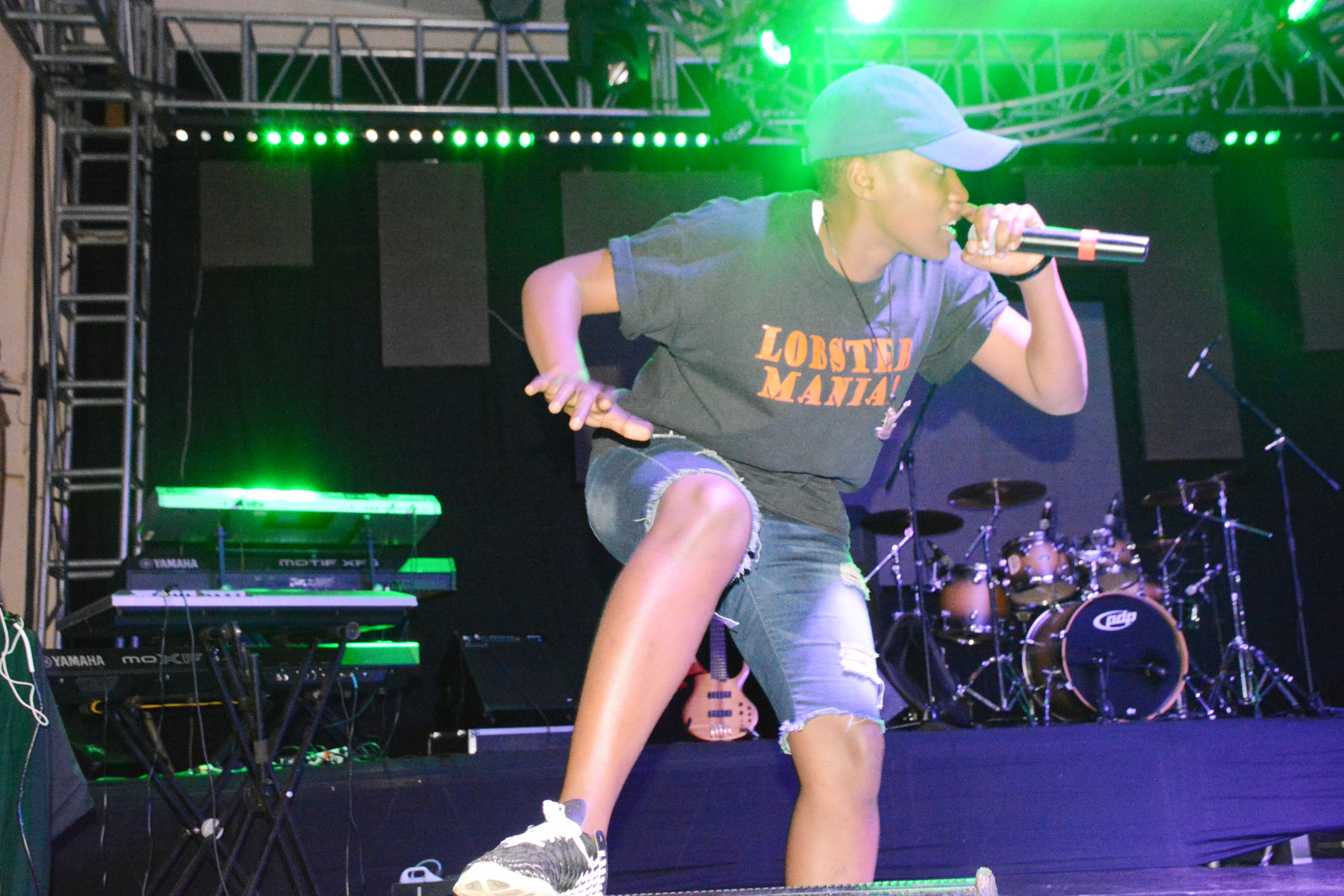 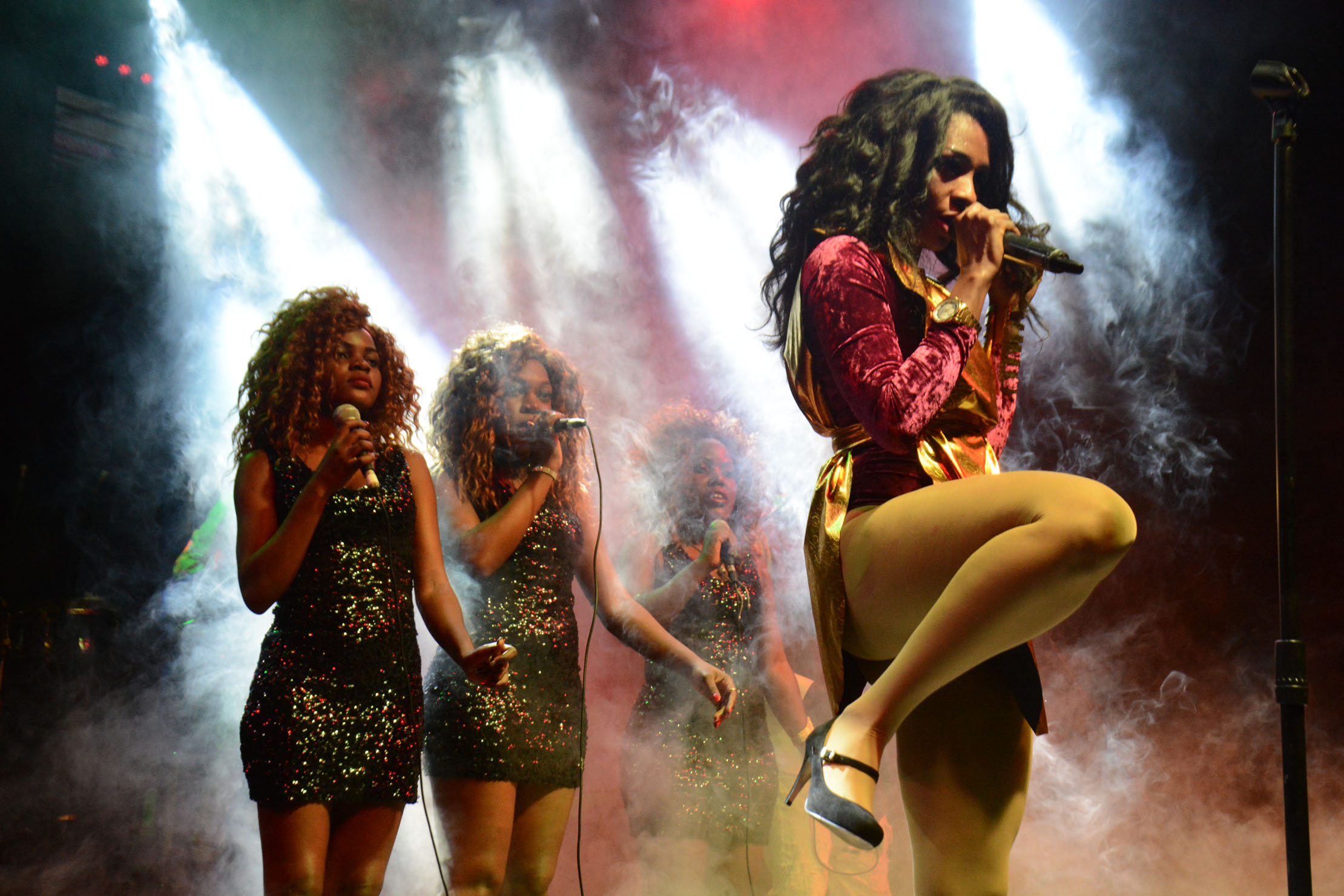 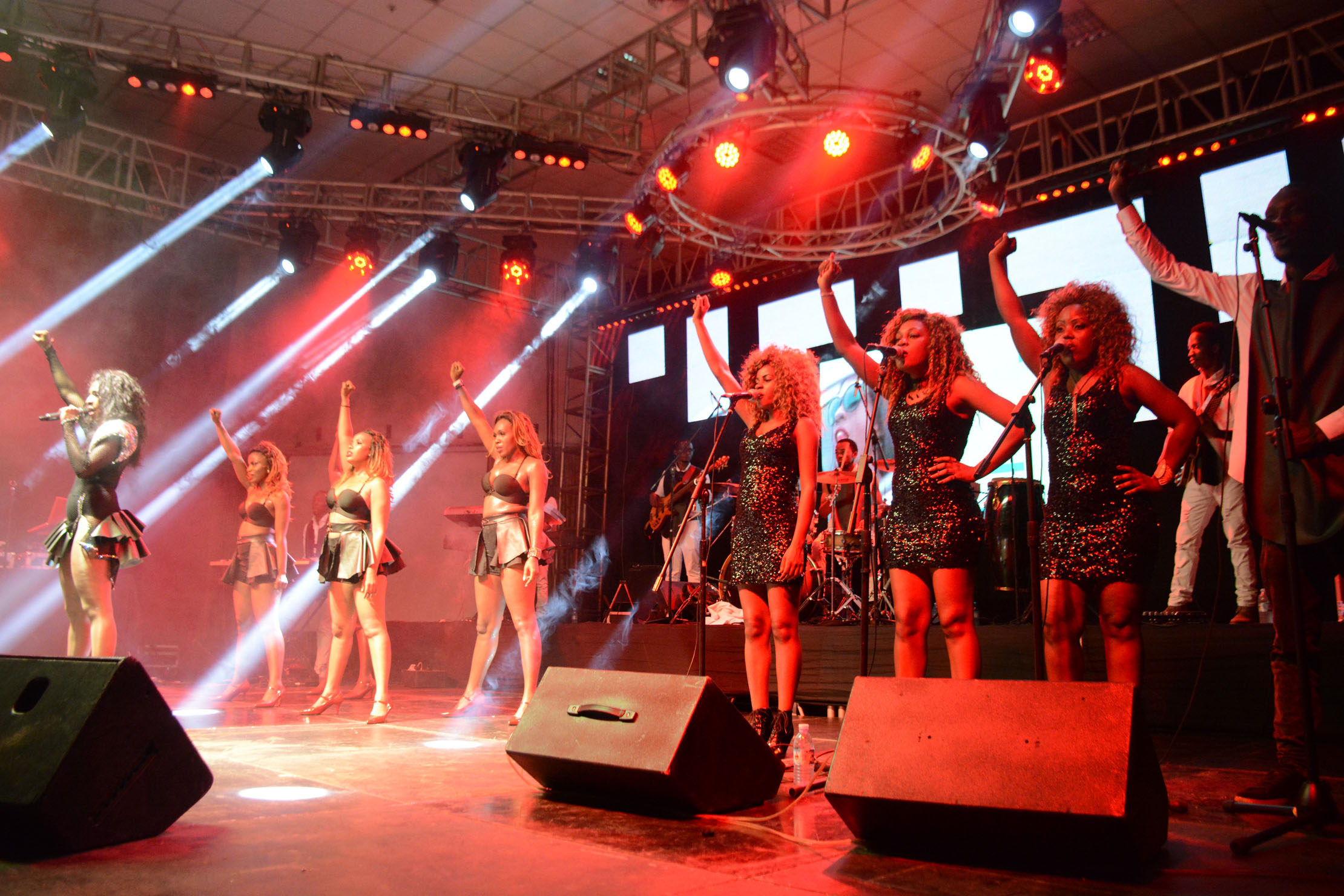