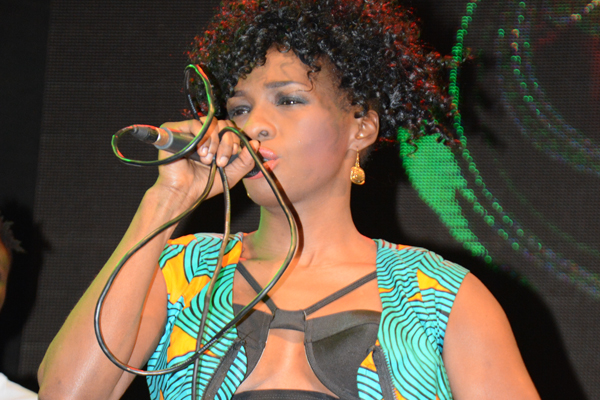 “Am going to do more and more Reggae and dancehall because first of all it suits the concert, I want my fans to see me doing all my reggae songs and dancehall too. I will be performing alongside my band called Band Cindy and my queen dancers.” Were the words Cindy Chano8 when we asked her on what she had in stock for her fans at the just concluded Kampala Love Live Music Concert that featured Jamaica’s Reggae star Chronixx. 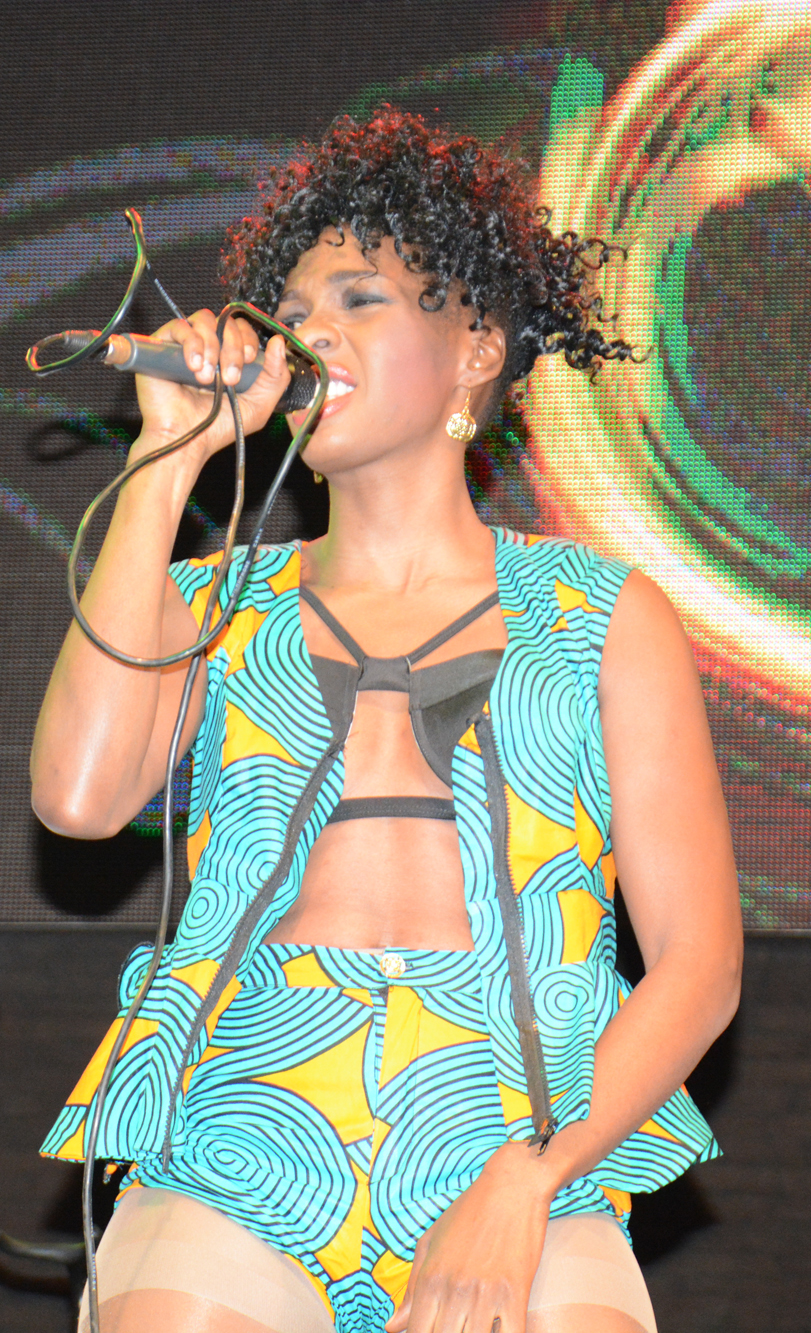 It truly turned out like she promised last  Friday night at the Kisaasi based Ndere Cultural Centre where the concert was successfully held. Taking the stage at exactly 15 minutes past 11pm, the ‘Still Standing’ singer was accompanied by four dancers with whom they danced and wiggled to the beats as she performed live with roots reggae instrumentals played by the band. 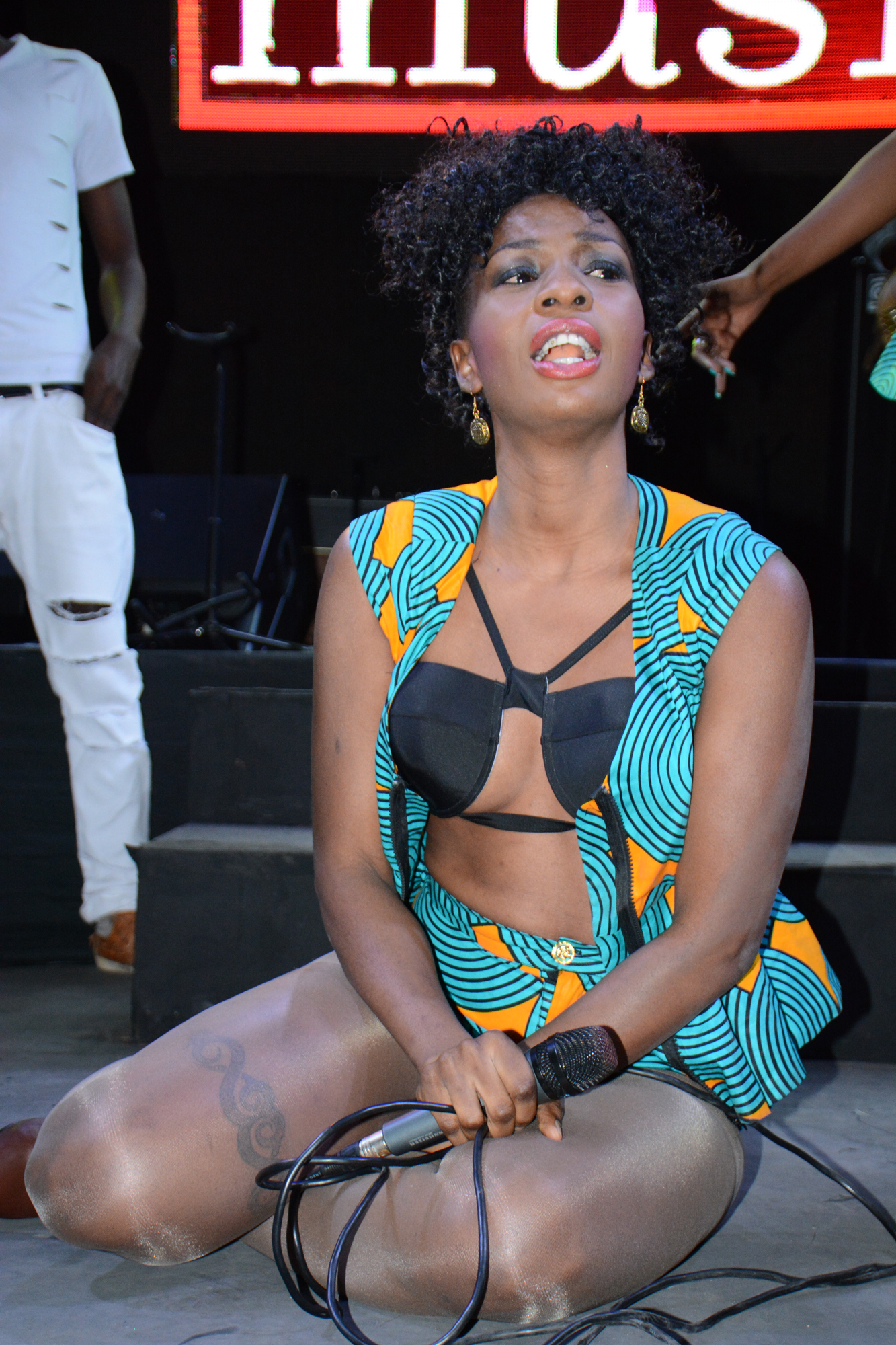 Cindy can also sing while seated down 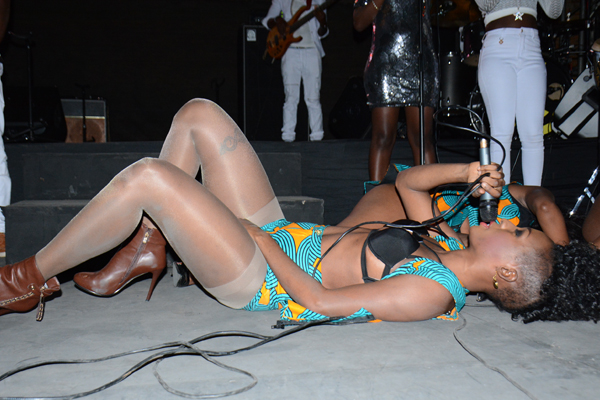 Cindy lying down as she performed 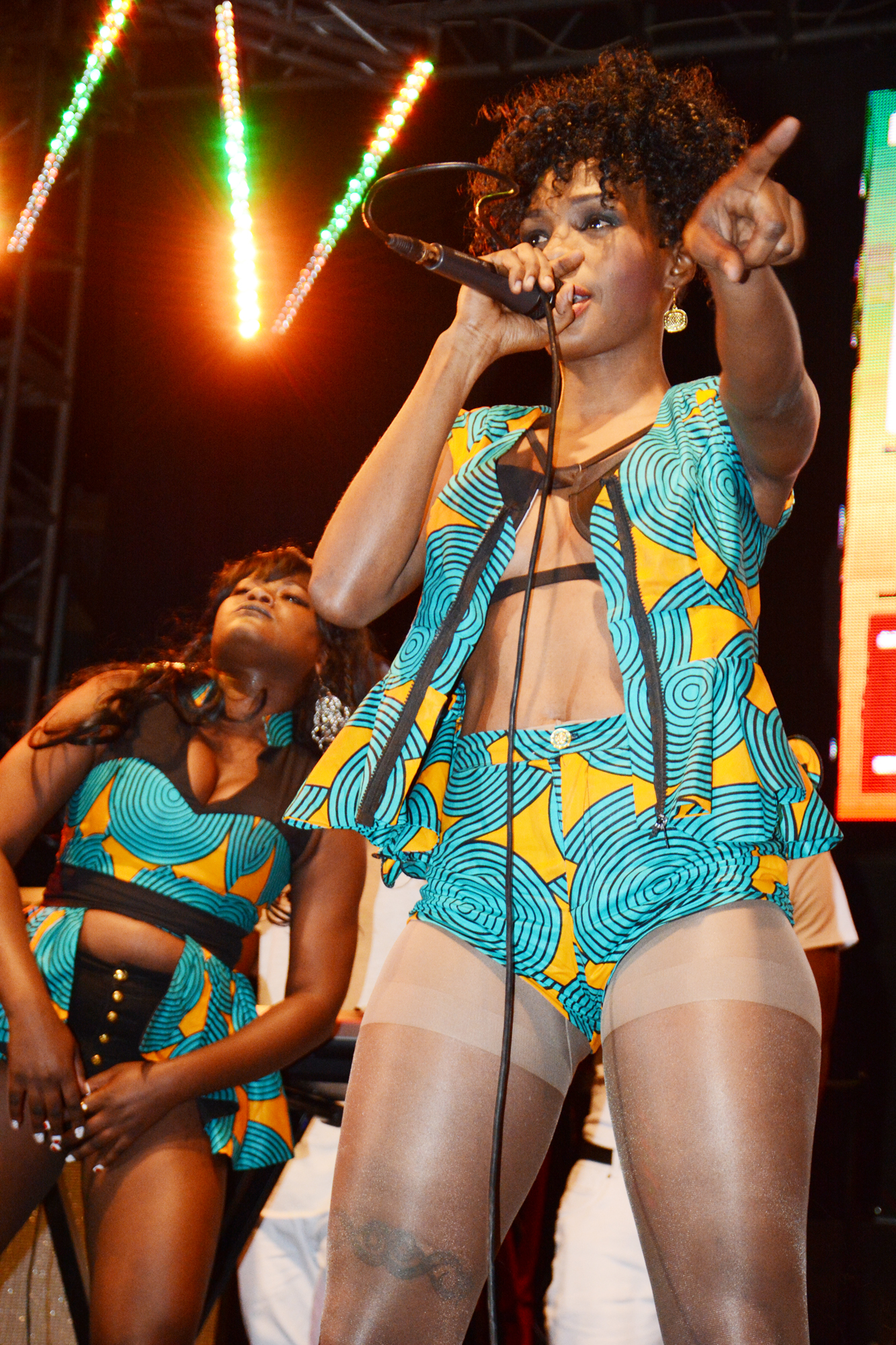 Cindy put up a good perfrmance

The 5 were all dressed to impress in high heels, ‘Kitenge’ patras and tops and they danced to the melodies of Cindy’s songs like ‘Party’, ‘Love’, ‘One And Only’, ‘Still Standing’ and ‘Ndi Mukodo. The revellers mostly men, cheered them up and some were seen recording videos on their smart phones. 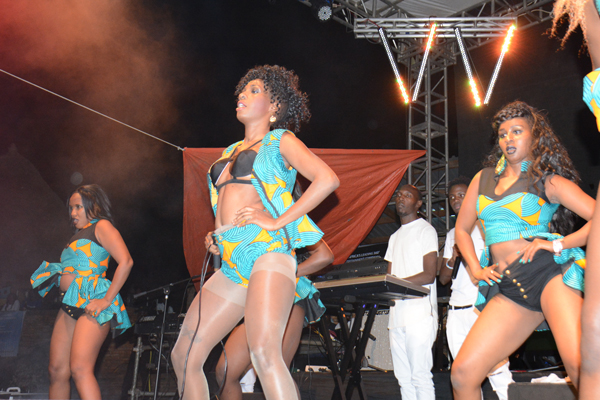 It even got more interesting when she performed ‘Dilemma’ featuring Bobi Wine and Mr G, as she was joined on stage by Ghetto President Bobi Wine with whom they performed the tune together. The two got cozy on stage with Cindy doing the famous bend over dance to Bobi plus holding him tight as the revellers shouted loud. 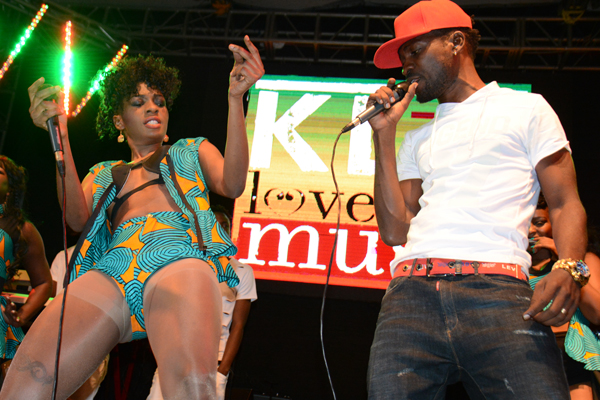 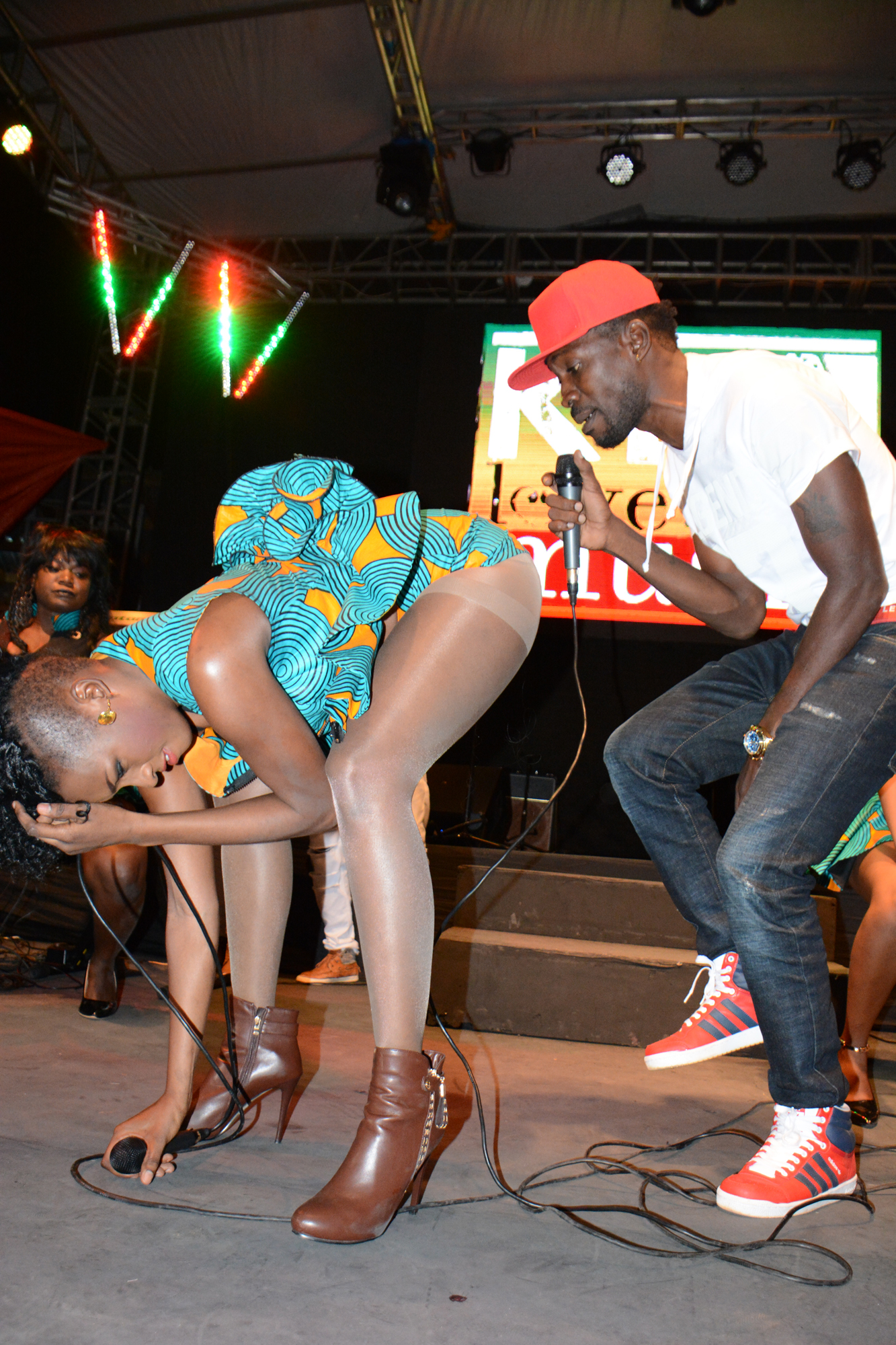 Her performance was on point according to how the crowd cheered her. However, the concert had other headlining performers like A Pass and Latiff, an award winning Afro Fashion magician who sewed a ladies’ dress in less than 10 minutes.