‘Still Standing’ is one of the songs female dancehall and ragga singer Cindy  Sanyu has released out of her 2016’s stock. It’s a ‘chuck song’ produced by Badi Music’s Nessim and released in January. Shot and directed by Kenya’s J. Blessing , the tune’s video is now officially out following its release over the weekend.

Chano8 contacted Cindy for more details about the song this is what she had to say. “We shot the video in Nyeri-Kenya and at the ICC building in Nairobi.” The song’s video begins with Cindy driving a white open convertible Mercedes Benz car as a guy on a sports bike rides besides her. She suddenly stops forcing the rider to stop too.

The rider gets off the helmet and the dancehall diva can be seen staring at the man a sign showing she met new love. They two finally get close and they can be seen leaning against the car as the guy enjoyed the dance moves Cindy was pulling for him, they are alo seen under the same umbrella protecting themselves from the rain. 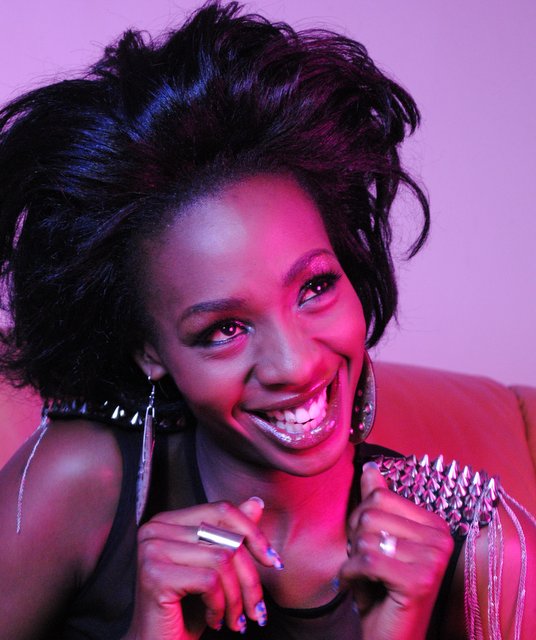 In other scenes, Cindy is seen with two Masai men in their cultural attire and the two female video vixens are seen doing their thing too. She concludes the video while wiggling like a snake in the car as she drives back.