Recently this week, self proclaimed Luo Ambassador singer Moses Okori aka Coco Finger was involved in a freak accident along Jinja road while on his way to an OMO promotion in Jinja town.

“I almost died in a car accident on my way to jinja ‪#‎omo promotion!!!thanks for yo prayers ….love you Lord!” He wrote to his fans.

“To my fans and family and all the people out there who love cocofinger. All the allegations are false! I wasn’t arrested for smoking ganja….as its alleged,my car got stuck in the trench around 3am in the morning while leaving the studio so we decided to stay in the car till morning so that we get help,when police came accused me of wrong parking Dats it.
Everything is ok…came out yesterday.
New chune coming out…titled ‪#‎more Vibes”. He cleared on face book.

However reports now reaching our desk indicate that, Coco Finger who has been very aggressive and vocal in his support for fellow singer Desire Luzinda after her nude photos were leaked is finalizing on a song dedicated to her.

The song titled ‘Kifananyi’(Photograph) is apparently in defence of Desire after her leaked nude photos went viral on internet and social media platforms like Facebook and WhatsApp. He advised Desire and her fans to remain strong during the difficult moments. 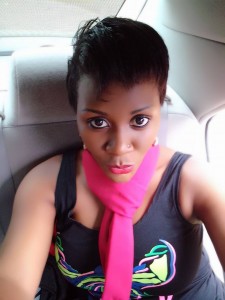 Coco Finger’s song done in Kiswahili and English is expected to hit the airwaves this weekend and plans to do a collabo soon with the shamed Diva. We will keep you updated on any new developments.