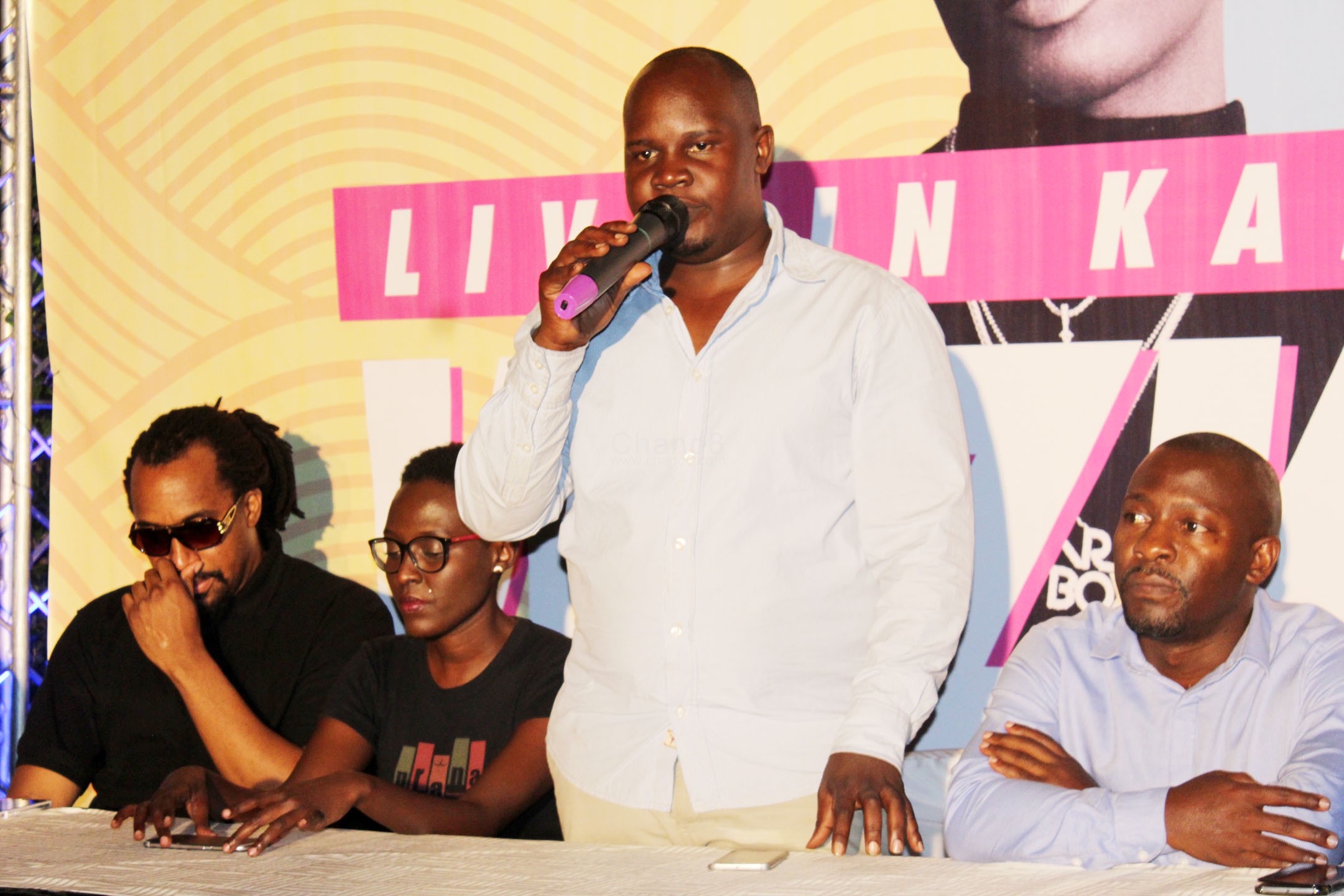 The last time the Nigerian was scheduled to perform in Kampala, he never showed up under mysterious circumstances and since then, there have been more questions than answers concerning that ill fated event which left fans cursing and very disappointed with the organisers and Wizkid’s management team.

However, on Tuesday night, most if not all of the questions were answered at a press conference organised by Face TV and Star Times the brands behind the concert who confirmed that the ‘Ojualegba’ singer will be coming to town to perform for his fans on December 7th at Lugogo Cricket Oval in a concert dubbed ‘Thursday Night Live with Wizkid’. 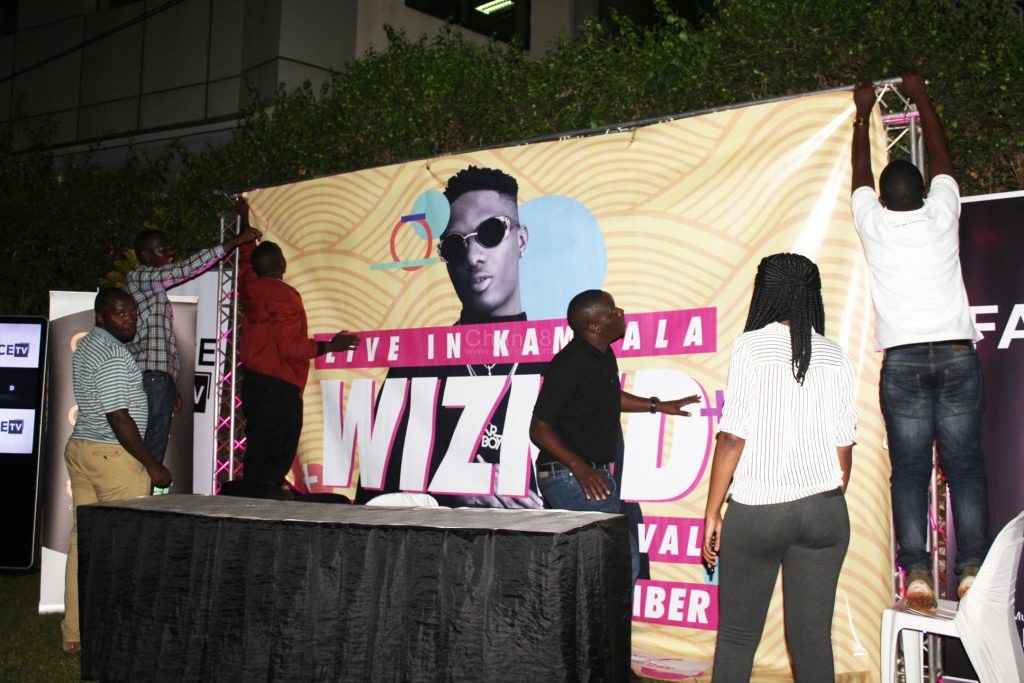 Organisers ‘Unveiling’ the official Wizkid poster during the presser on Tuesday

And if the manner in which the press conference is something to go by, then this time round fans should brace themselves for the 27-year old award winning artiste.

“We are glad to announce that we have managed to lock down on a date for the concert with Nigerian artiste, Wizkid. The mega star will be performing live in Kampala on December 7, 2017. Face TV is the proud organiser of the show dubbed ‘Thursday Night Live with Wizkid’ and together with our sponsor, Star Times, Ugandans should expect not only one of the most memorable performances, but musical experiences as well. We are pulling all the stops to ensure that everything form production, to the setup is top notch,” Face TV’s Executive Director Pejay Boaz said. 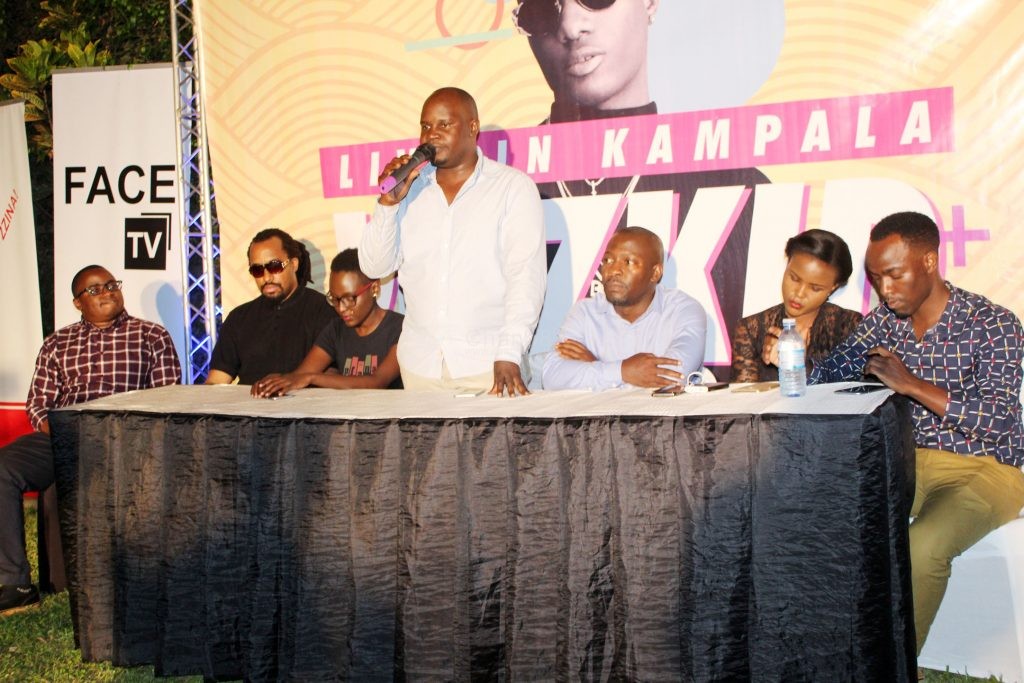 Face TV’s Executive Director Pejay Boaz speaking during the press conference. He was in the company of representatives from sponsors

In a brief video clip played to journalists at the press conference, Wizkid also confirmed that he will this time round not disappoint his fans as he will be here for what is termed the biggest year ender.

Some of the artistes like Fik Fameika, Nina Roz and Baenie Gunter were around to sample to journalists what is in store for the revellers come December 7th 2017. 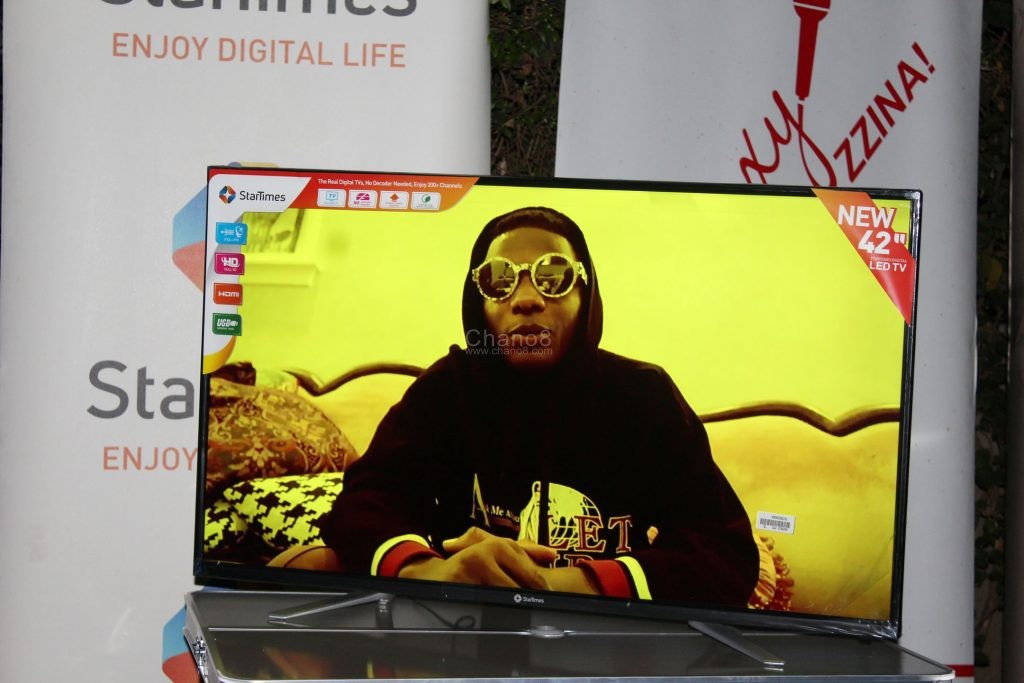 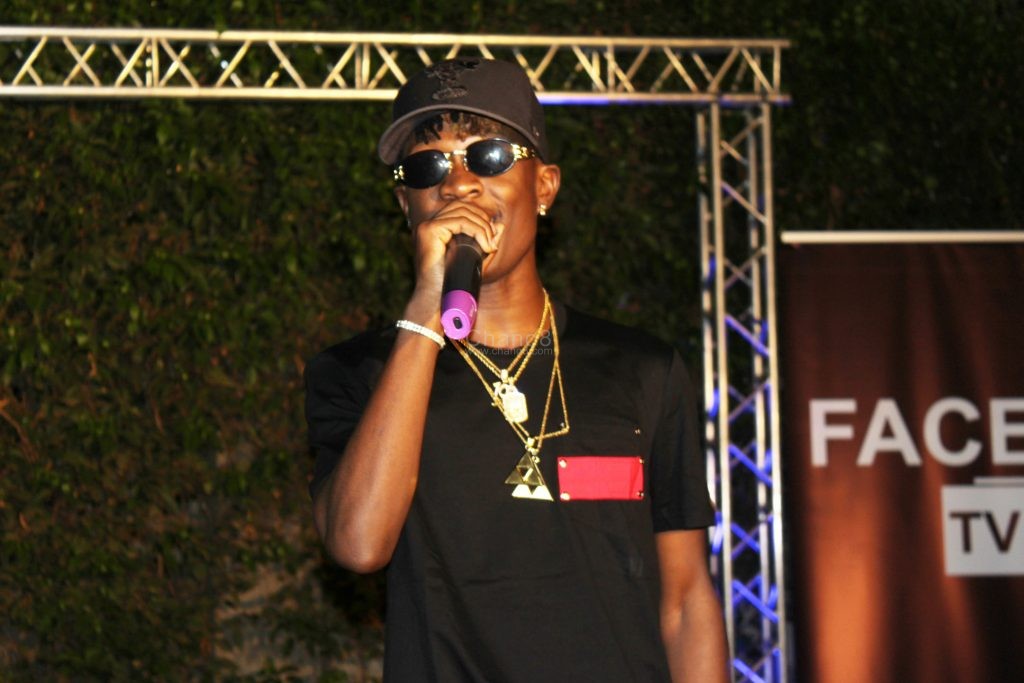 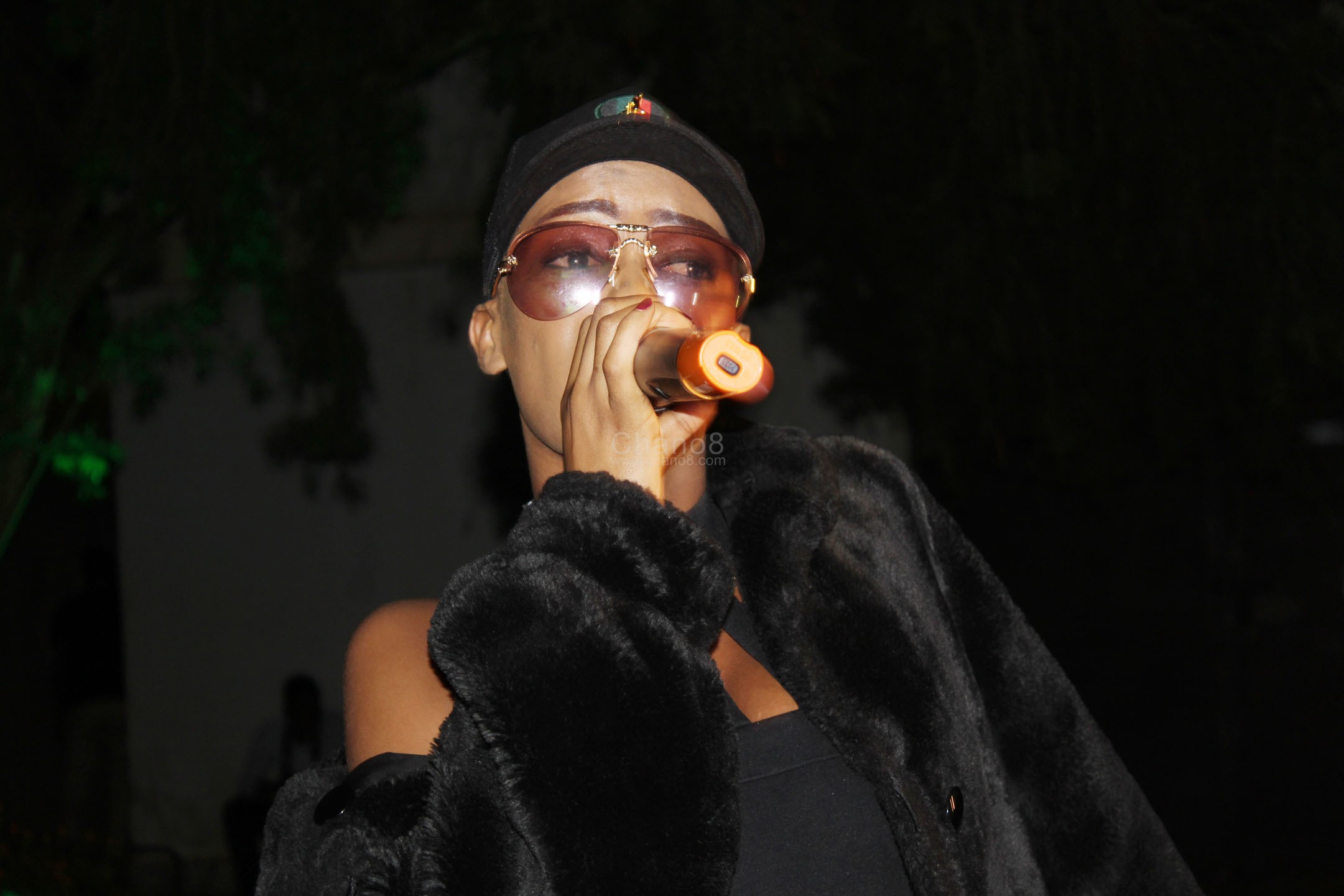 One of the most raised queries has been whether those who purchased tickets the last time will be refunded or allowed in and organisers said as long as they still have the tickets, they will be issued new ones which can be redeemed at the FACE Studio offices between November 6 and 30 from 10am to 5:30pm.

The fresh tickets go on sale from November 20, 2017 with the early bird tickets sales ending on December 6, 2017. These can be purchased at all Shell Select stations countrywide, Funz Video outlets, Quicket.co.ug (for online purchases), FACE Studio in Bugolobi and all Star Times outlets.

For those who do things, last minute, there will be tickets sold at the entry on D-day show gates at UGX 300,000 for VVIP, UGX100, 000 for VIP and UGX 30,000  for ordinary. Those who wish to redeem their tickets from previous purchases can do so at the FACE Studio offices between November 6 and 30 from 10am to 5:30pm. 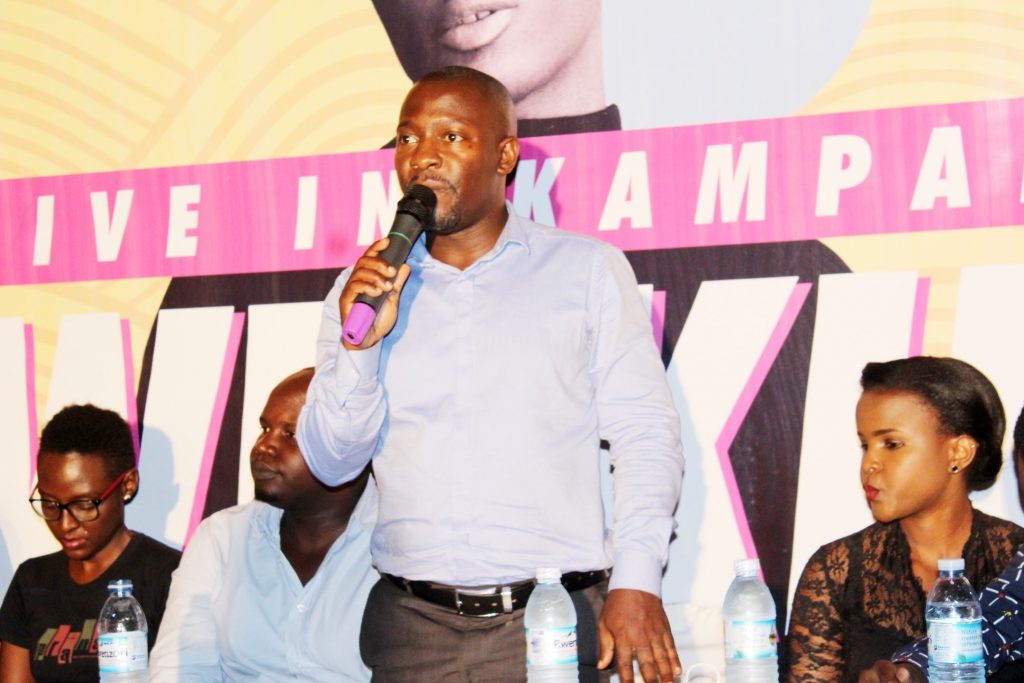 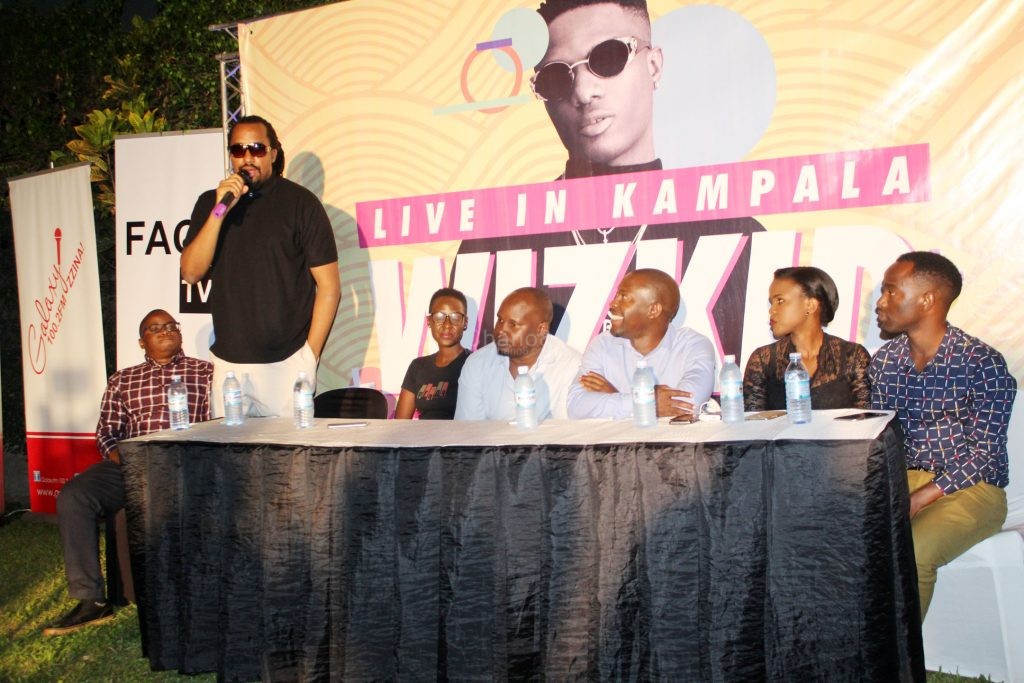 Navio is in charge of coordinating the artistes

Wizkid real names Ayodeji Ibrahim Balogun was born on 16 July, is a Nigerian singer and songwriter who started recording music at a tender age of 11 and managed to release a collaborative album with the Glorious Five, a group he and a couple of his church friends formed.

In 2009, he signed a record deal with Banky W.‘s record label Empire Mates Entertainment (E.M.E). and rose to prominence in 2010 with the release of the song “Holla at Your Boy” from his debut studio album, Superstar (2011) other songs include “Tease Me/Bad Guys“, “Don’t Dull“, “Love My Baby”, “Pakurumo” and “Oluwa Lo Ni” .

His defining moment came in 2016 when Wizkid collaborated with American rapper Drake on the hit, ‘One dance’, which reached the  number one spot in over ten countries including the USA, Canada, Australia, and the United Kingdom. 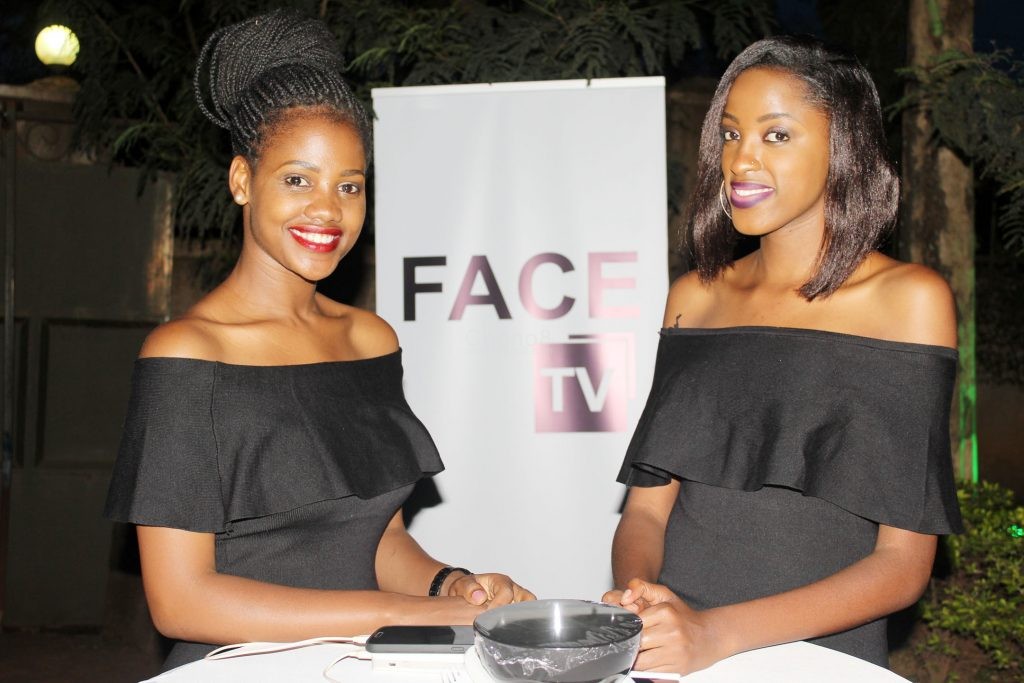