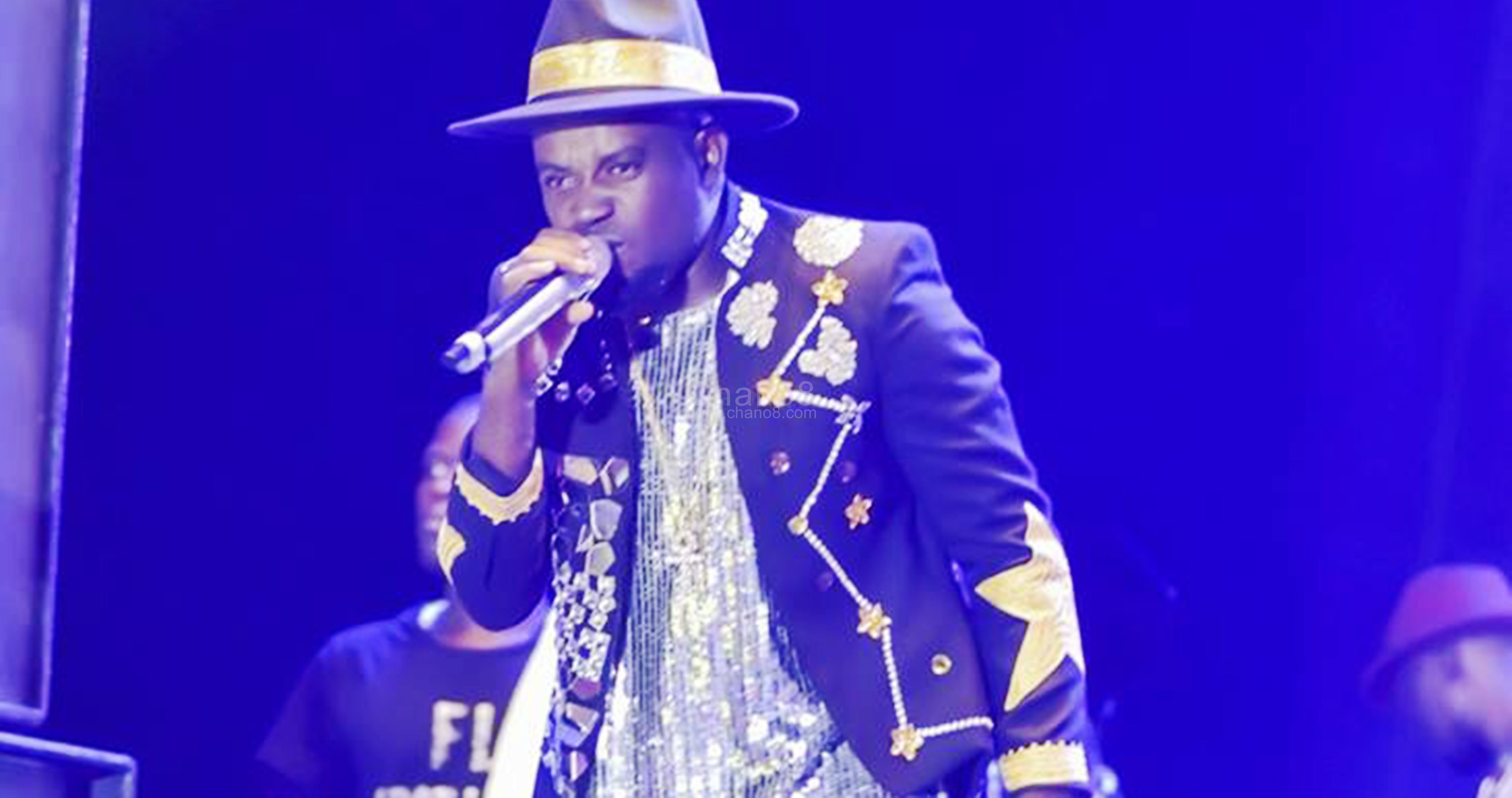 Many people always complain that January is a difficult month since most of them would have spent a bigger chunk of their heard earned cash during the festive season in December while merry-making. However, David Lutalo’s ardent fans seems to be an exception as they have always supported their man year in, year out by turning up in big numbers for his concerts he loves to organise every January.

Yesterday was not any different as the loyal fans once again showed up in droves for the diminutive singer’s ‘Nakusiima’ Album launch held at the expansive Lugogo Cricket Oval.

With a big crowd always assured, Lutalo has this time engaged gear three( gear two was when he decided to move to a bigger location from Hotel Africana parking) by attracting big corporate brands as his main sponsors, among which included, Africell Uganda, Capital FM and Bukedde Tv. 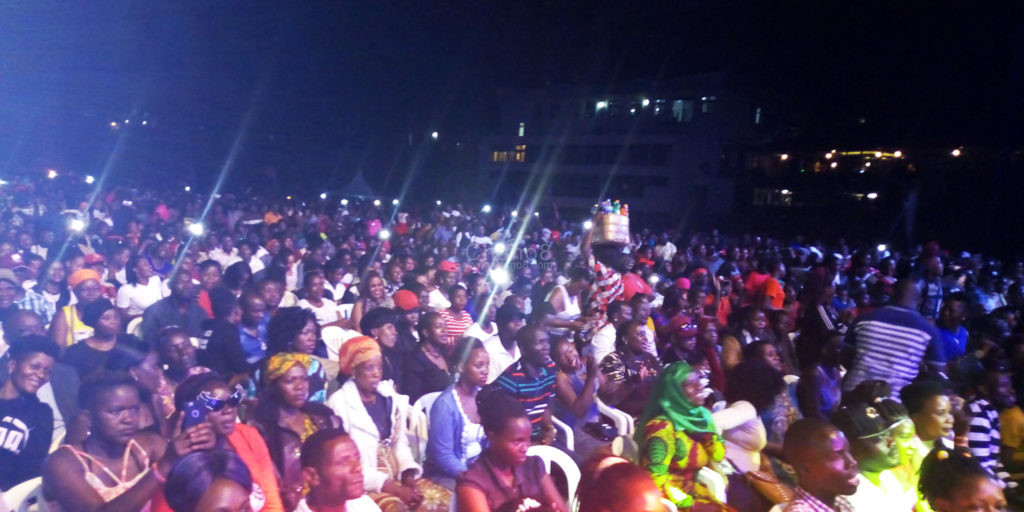 Lutalo’s show once again attracted a big crowd that turned up early for the showdown.

Famed for his sharp vocal cords and rich message in his music, Lutalo also proved his prowess once again with a flawless live performance that lasted close to two hours with minimal interruptions, bickering or cheap talk often witnessed at concerts organized by the so called ‘big artistes’.

With Spice Diana also having a concert (another highly publicized event) on the same day, many observers were keen on proceedings about what would happen at Cricket Oval as Spice was considered to be threat for the dwindling number of show goers. However, in the end, they both emerged scot-free as both venues were filled up.

As usual, Lutalo also had his friends who came to support him as curtain raisers. Among the lively ones included Kadongo Kamu star Willy Mukabya, Lydia Jazmine whose wiggling antics the crowd loved, melodious Irene Ntale, the towering Nina Roz, Gospel man Levixone, Blackman Geosteady and the crowd favorite Gravitty Omutujju who forced the fans on their feet with his high-energy Lugaflo.

By the time Lutalo stepped on stage at 10pm, the crowd was already charged up and the mood appropriately set. His glistening T-shirt and jacket added the final touches to enhance the ambiance of the stage. 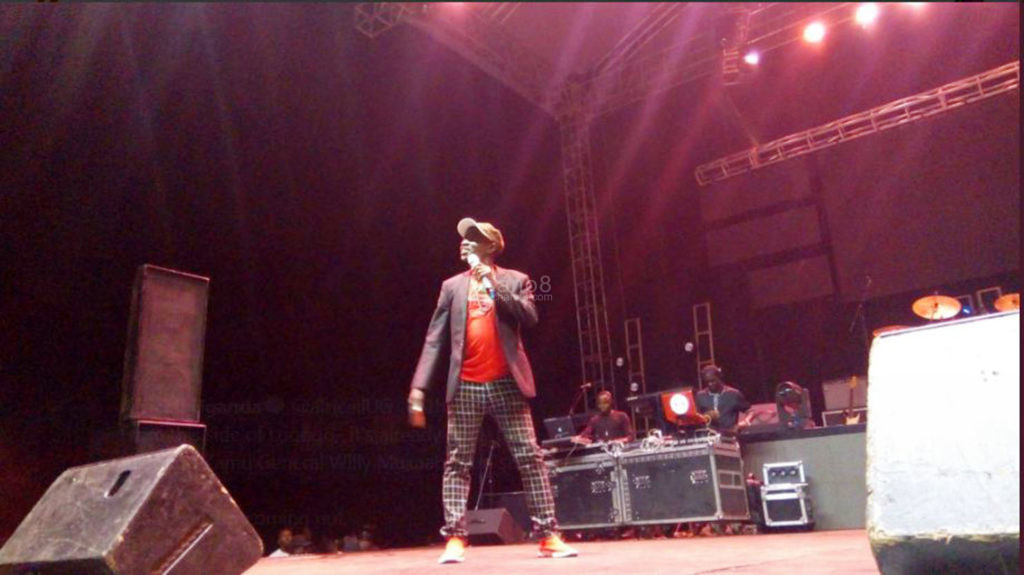 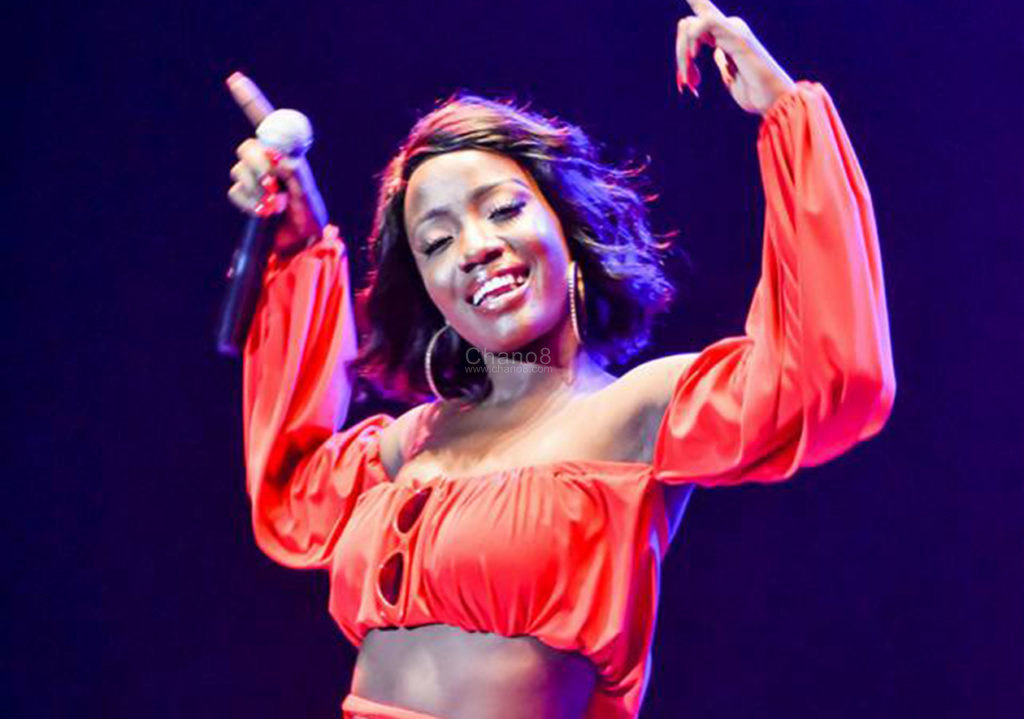 He performed a mix of his top songs through the years like ‘Kwasa’, ‘Akantu’, ‘Woman of my life’ and reminded his fans of how it all started in 2008 with that song ‘Kapaapala’ about ladies who are surely gifted by nature on the rear side as his interacted briefly with the crowd.

Lutalo took a break after an hour as he gave other artistes like Pastor Wilson Bugembe and New kid on the block Chezen Becky of the ‘Bankuza’ fame the chance to showcase. He returned in a new costume with the last strect which culminated with his current big song ‘Eat Zote’ and the title track ‘Nakusiima’ before closing at exactly midnight. 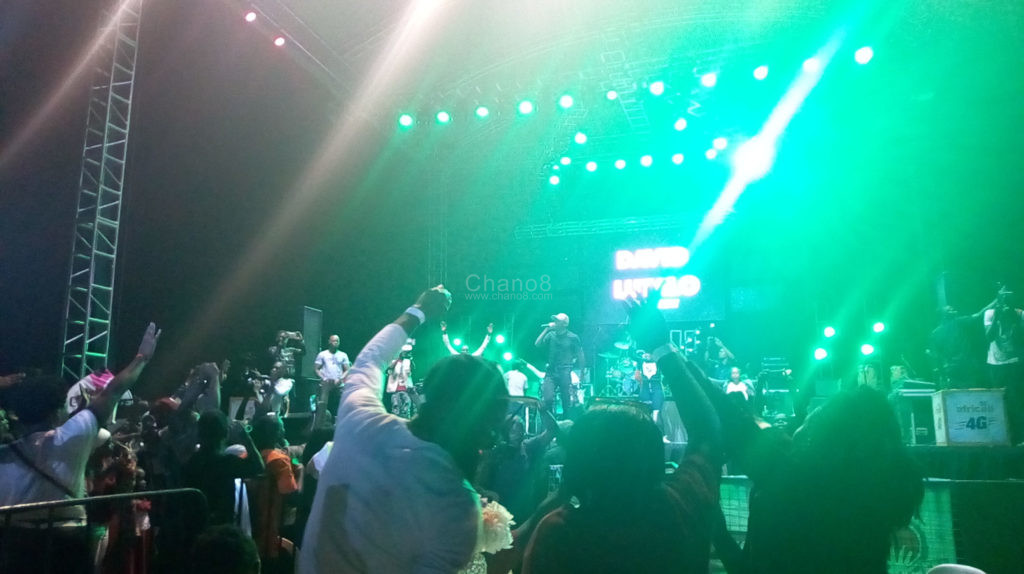 Pastor Wilson Bugembe prays for Lutalo and fans as the crowd joins in. 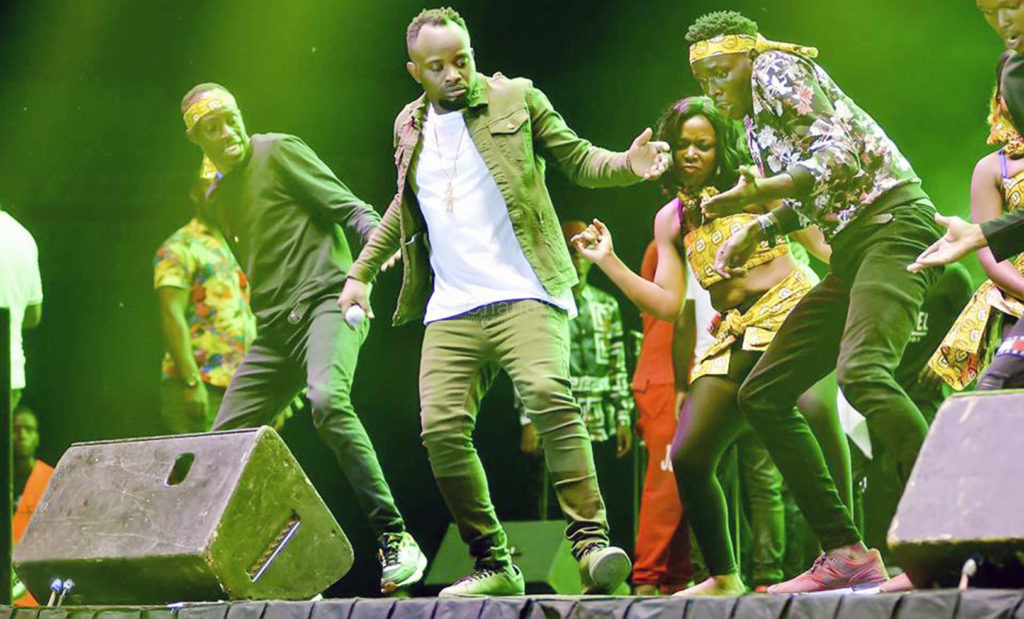 “I really can’t Thank you enough my fans .My friends my real family; my fellow artists, All media houses, media personalities, My sponsors for always standing with me nsiimye nnyo nsiimidde ddala”. An excited Lutalo said.

The next level which the man considered to be down to earth and disciplined has to work on is, his stage production with some aspects like choreography and costume design still lagging behind. His backup vocalists last night sounded awful too despite the cristal sound provided by Silk Events. With artistes like Eddy Kenzo and King Saha recently raising the bar high in those particular areas, soon Lutalo’s loyal fans will start demanding a lot more from him.

Not to forget also is that, although the concert was sold to the public as an ‘album launch, there was really no signs to this effect with only the MC’s announcing “…there are David Lutalo’s CDs on sale. The CDs have all his songs”. This discussion about how an album launch is supposed to be will be for another day. 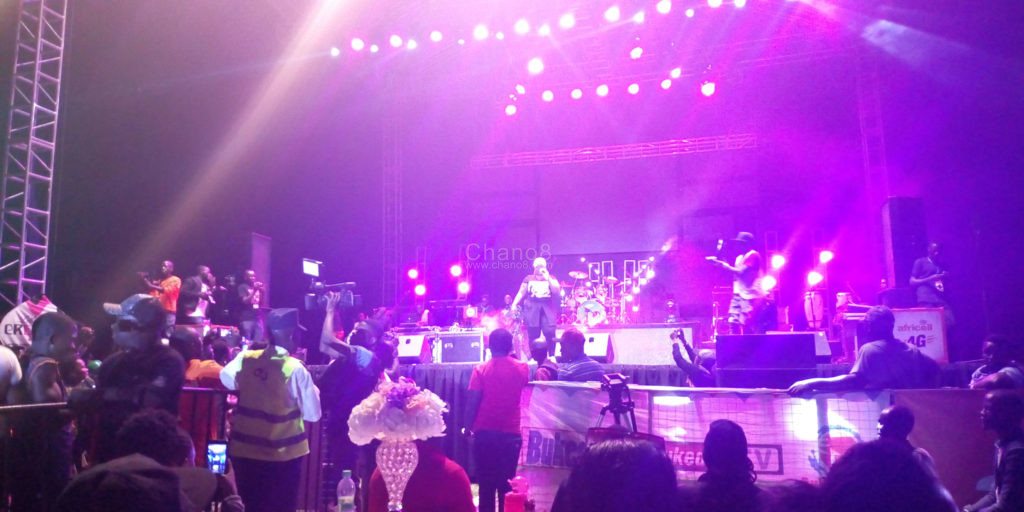 Catherine Kusasiira performs at the event but some rowdy fans threw water bottles at her which missed her narrowly. 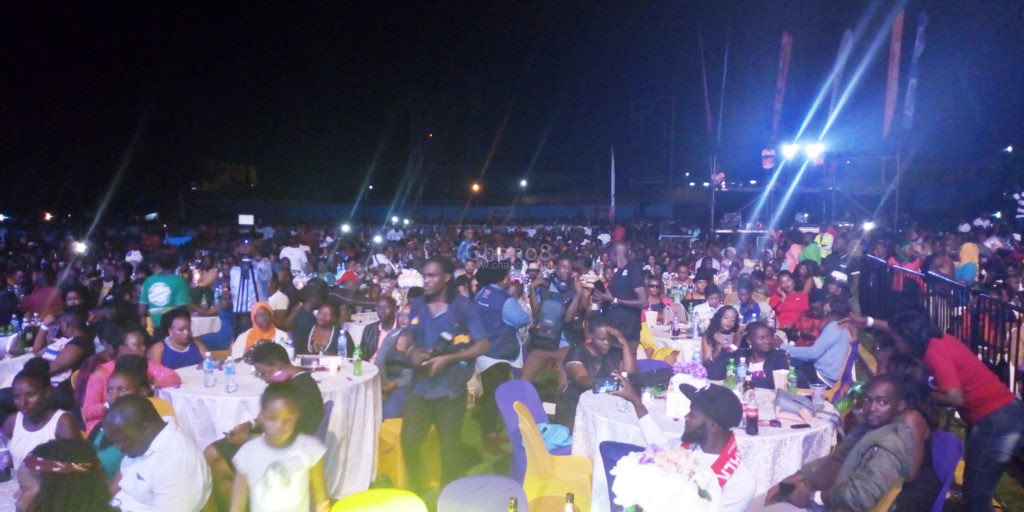