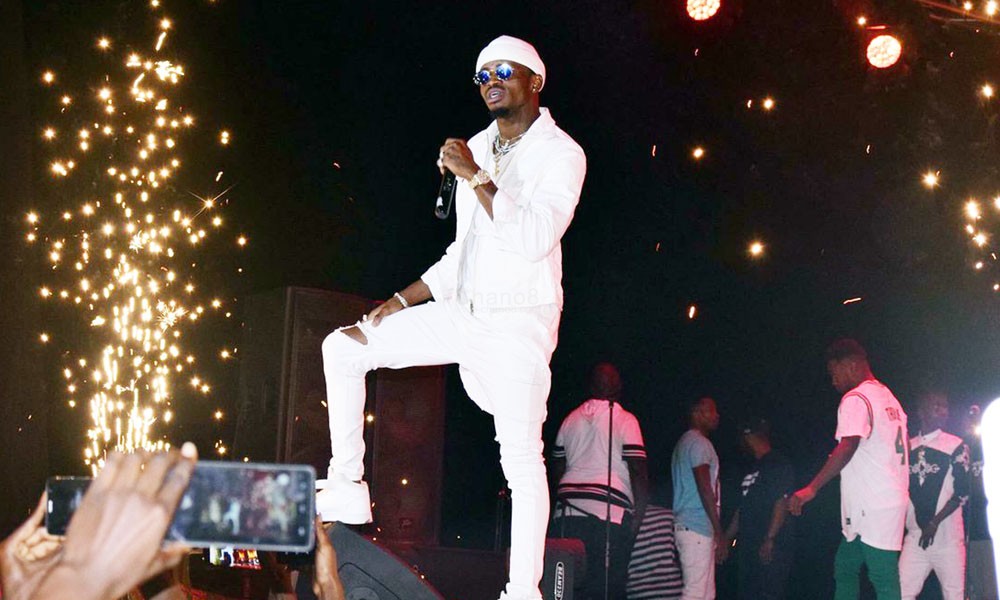 Well the debate has been raging on for long on whether Tanzanian superstar Diamond Platinumz is worth the millions that KCCA paid him to perform at yesterday’s charity concert held at the Kololo Independence grounds.

Many Uganda artistes drew the swords as soon as the deal was signed that Doaming was going to be paid over 165 Million Shillings while the rest of his Uganda counterparts will be paid 20Million combined which did not go well even with sections of the general public.

And come D-Day last night, the jury was all out to judge for themselves what the Tanzanian had to offer. With the curtain raisers rushing their performances one after the other with a few DJ Interludes here and there wheres only Jemimah Sanyu and a ranting Gravitty Omutujju whose performances can still be remembered, the stage was set for the man now commonly known as ‘Muko’ or In-Law (after marrying Ugandan socialite Zari Hassan). 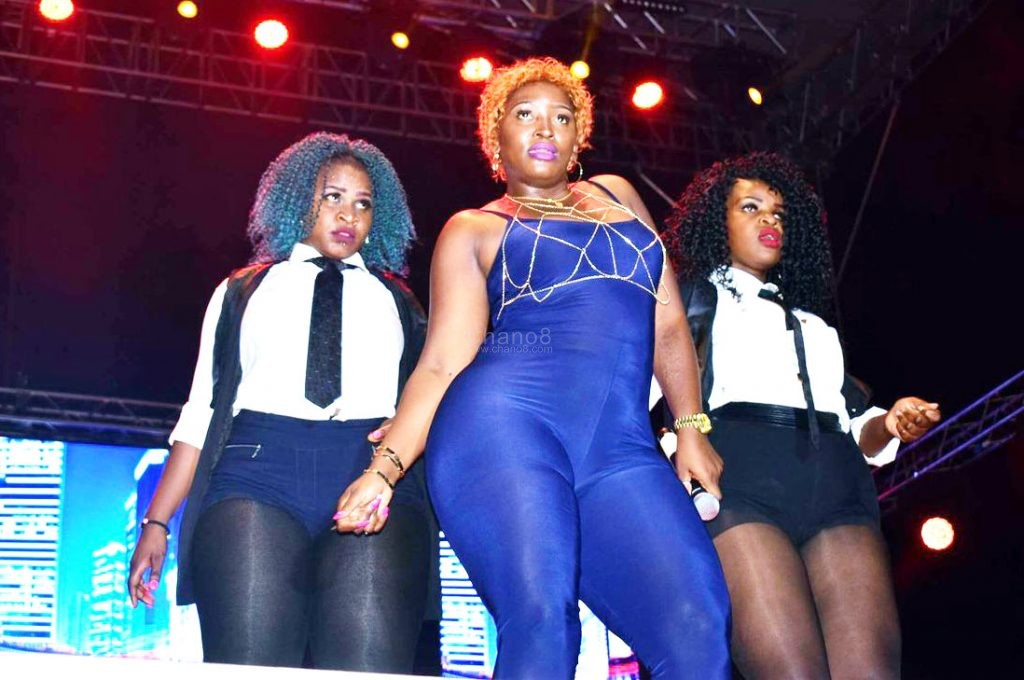 So when he stepped on stage at around 10:00pm with his band dressed in all white, the fans were very excited and kept cheering him on as he did his intro song with some energetic dance moves. 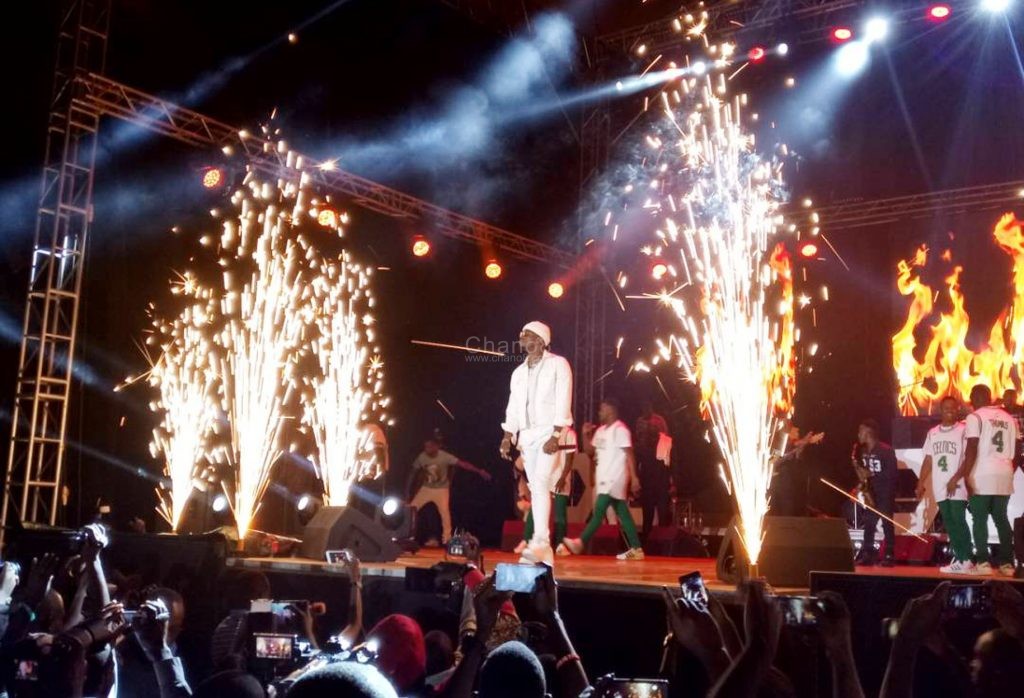 Diamond had a grand entrance alongside his band and dancers

Then something went wrong as Diamond all of sudden switched into a disheartened mood of a heartbroken man. With the build up to the concert full of stories about him cheating on Zari and even others claiming he is already dumped, it was understandable as he started singing songs themed along relationships or love gone wrong.

Not that that was a problem, because with a beautiful stage set up, lighting and crystal clear sound courtesy of Fenon Records, Diamond was up to the task pulling some equally good vocals. However, the problem came when Diamond started performing songs that the Ugandan audience is not familiar with apart from ‘I Miss You’ which he dedicated to Zari and all women then spent almost one hour on the ‘useless’ songs as the shocked fans looked on clueless. 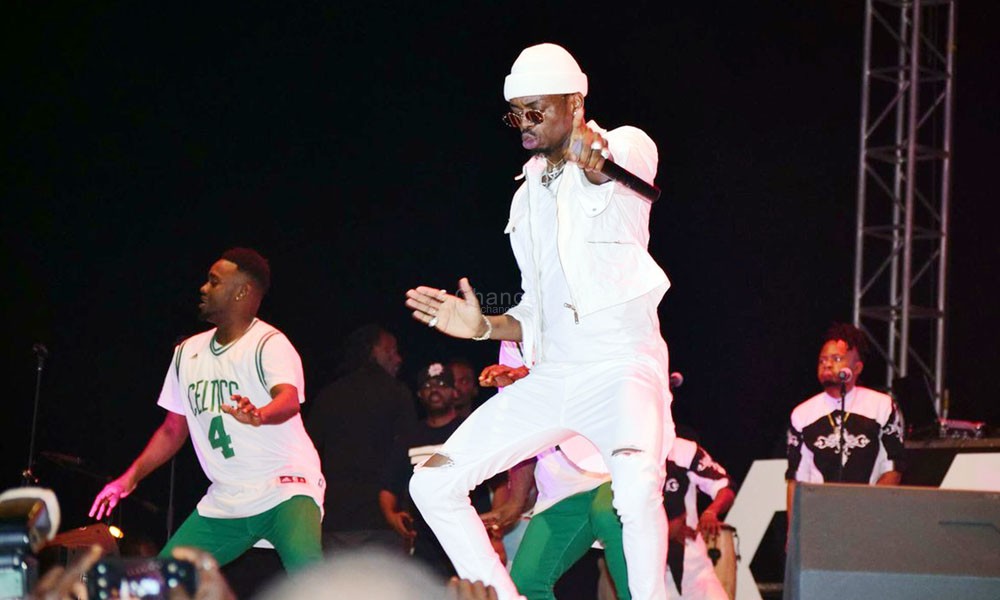 He made things worse by mostly engaging the audience in Kiswahili something that irked the fans even more as some shouted obscenities at him. The man looked sad and moody as he tried to explain to fans the problems caused by love. Are the break-up stories now taking a toll on him? Only time will tell otherwise it badly affected his performance last night as the famed choreographed dance moves were nowhere to be seen.

By the time he woke up from the slumber, it was too late as he started hurrying up with his popular songs that Ugandans have known him for. Life came back into the crowd when he started performing songs like Number On , Marry You ft Ne-Yo, Ntapata Wapi, Halleluyah, Fire, Eneka,Love you die and Solome (which features the Hamisa Mobetto the model he allegedly cheated with on Zari) before time caught up with him and was cut short when started performing Nana. It was time up and being a KCCA event, they had to adhere to the midnight deadline for shows to end probably as an example to other event organisers leaving fans confused and disappointed.

“I cant believe this. Diamond just wasted our two hours singing useless songs. Why didn’t he just sing the songs we know?’ A disappointed fan was heard ranting and cursing as they walked out of the venue which did not disappoint in terms of attendance. 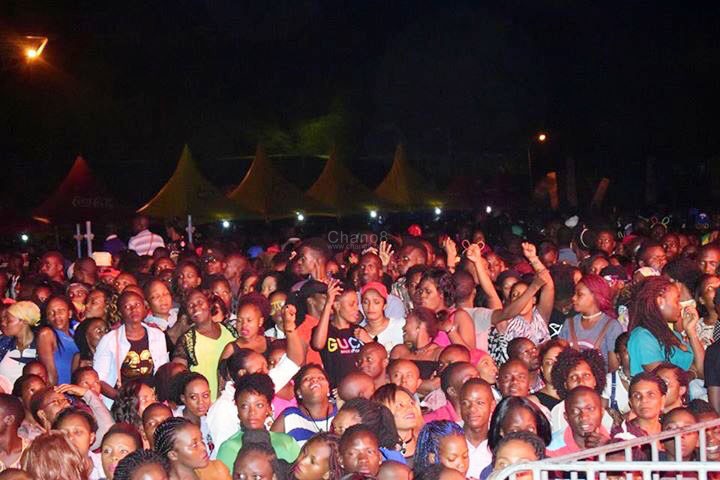