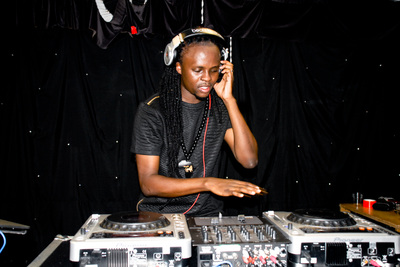 Kabalagala based club Venom was the place to be last night, as they hosted Kenya’s best Dj and proprietor of the well-known Supremacy Sound. Dj Simple Simon was hosted by Airtel in celebration of their ongoing project of ‘Airtel Trace Music stars.’

Before yesterday many people had labeled it ‘local’ to mean for the village people rather than urban people.

By 10pm the club was full with the exception of the Vip lounge as the resident Djs warmed the crowds. A lot of artists showed up to also rub shoulders with the mega Dj. Artists such as Kenzo, Mr Mosh, Chameloen, Kenzo, Cindy, Chagga, radio and weasel plus many more. Socialites like Zuena also graced the event.

The security was tight and not even the artists were given special treatment, Ask Radio and weasel who were almost thrown out, due to not cooperating with security guidelines. The guests of honor Dj Simple Simon and Mc Fire Kyle arrived shortly at 1am. By then the club was filled to the brim and the people were still trying to get in.

Simple Simon took the stage and the party got turned up. He mainly played his recent themed play lists of ‘Destination Africa’ which everyone was very familiar with. The party went on to the wee hours of the morning. The club started clearing out at 4am straight into Kafuwemu traps.