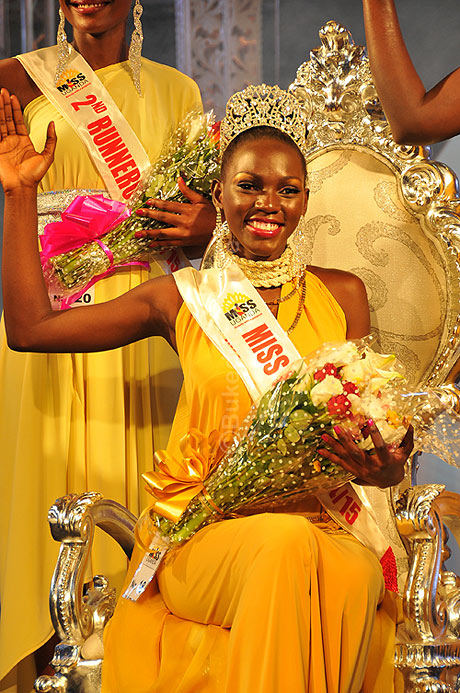 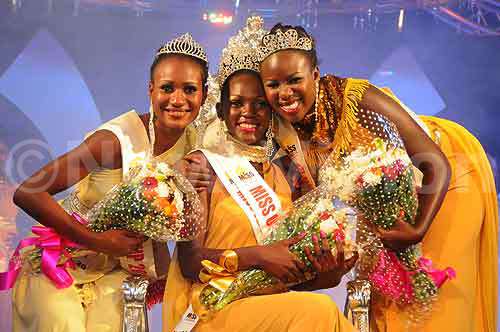 Leah K with 1st and 2nd runner up

Ever since 25th Oct 2014 when Leah Kalambuka was crowned as the reigning Miss Uganda 2013/2014 at Speke Resort Munyonyo, she has faced a lot insults and critics with nothing good to say. Anumber of public figures have also spoken out to defend Leah such as Patrick Idringo Salvado among many.

The former miss Uganda 2008, Dora Mwima Barrak took off time to try and let fellow Ugandans know on social media how the pageant is run and the decision making.  She had this to say. 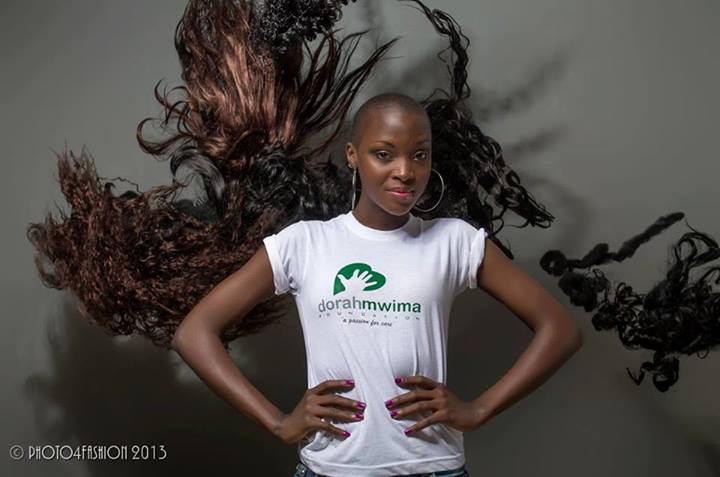 This is to all the people who are judging and
criticising the crowning of the new Miss UGANDA
2014-20015, Kalanguta Leah. I respect everyones
views but wanted to shed some light into this…
That was me on my crowning night in 2008 and i
got alot probably more critics than what the
current Miss Ug is getting.
First things First , we don’t get to chose our
makeup, hair or attire on that final night. That
evening is full of activity, tension, anxiety and
excitement, the last thing that will probably run
through your head is how your going to look like
when your crowning pictures are released.
Secondly, judging doesn’t start on that final night.
That’s the reason those girls are kept in boot camp
so that their character, morals and personalities
and so many other criterias are scrutinised.
Thirdly, being miss Ug opens you up to allot of
exposure, connections, and it’s a platform to
bringing you to achieve more of your dreams which
just mere beauty can’t. You need beauty and
brains as a Miss Uganda to represent Uganda
locally and internationally as the countries
ambassador which am sure the judges and miss Ug
management saw in Leah.
So really for those who are pointing fingers, am soo
not with you cause the every same people who are
talking now probably talked the same words about
me. But at the end of it all you can’t, haven’t and
won’t really change anything AT ALL just cut the
girl some slack, support her regardless of your
preferences , let fate take its course you never know
6 years from now what she will look like or might
have done for herself and our country. Remember
not many of us can actually take part in such
competitions for one reason or the other so
# calmdown or # dosomethingaboutit …
Congratulations Leah and behold your “15min of
fame” have began, choose wisely on how you going
to spend them! # forGodandmycountry