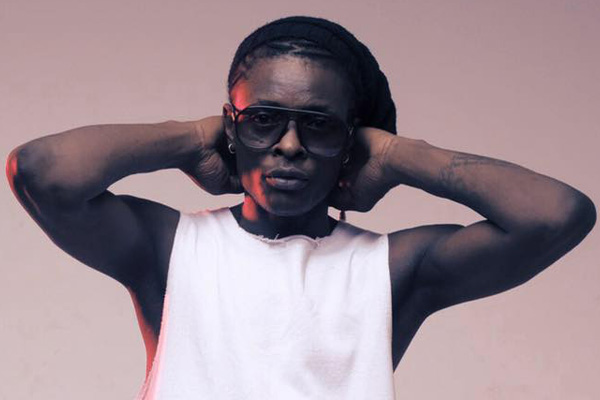 Uganda’s Music doctor Chameleone was not happy with the way Airtel Uganda, one of the biggest telecom networks in the Pearl of Africa used his Picture on a social media post they recently shared on their Facebook page.

The ‘Badilisha’ singer was however not completely enraged but was appreciative to Airtel for recognising his talents and brand and featuring him on their media platform. He shared a warning message to Airtel on his Facebook concerning the business repercussions of the act.

I wish to extend my gratitude to Airtel Uganda for the recognition of my works and featuring me on your social media. Thanks. I further want to remind the concerned that I am Brand Chameleone and wish you could consider that putting me on the Airtel Brand is disturbing my other Telecom agreements. I am not a partner in any business with Airtel Uganda so I request this considered. There should be an understanding between artistes and companies if you need to use names on Brand promotions. Chameleone wrote on his Facebook page. 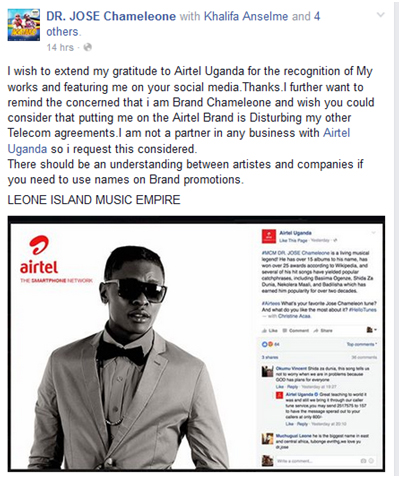 On hearing out his humble request, Airtel deleted the post they had shared. Jose Chameleone who has through the years been one of the top artistes in Uganda and East Africa celebrated his 37th birthday at a mega party in Kigali last Saturday.

It should be remembered that last year, Chameleone signed  a deal with telcom company Africel and iDroid, a company that deals in smart phones as a brand Ambassador of the ‘Bakakase’ promotion where they promoted some types iDroid of phones.