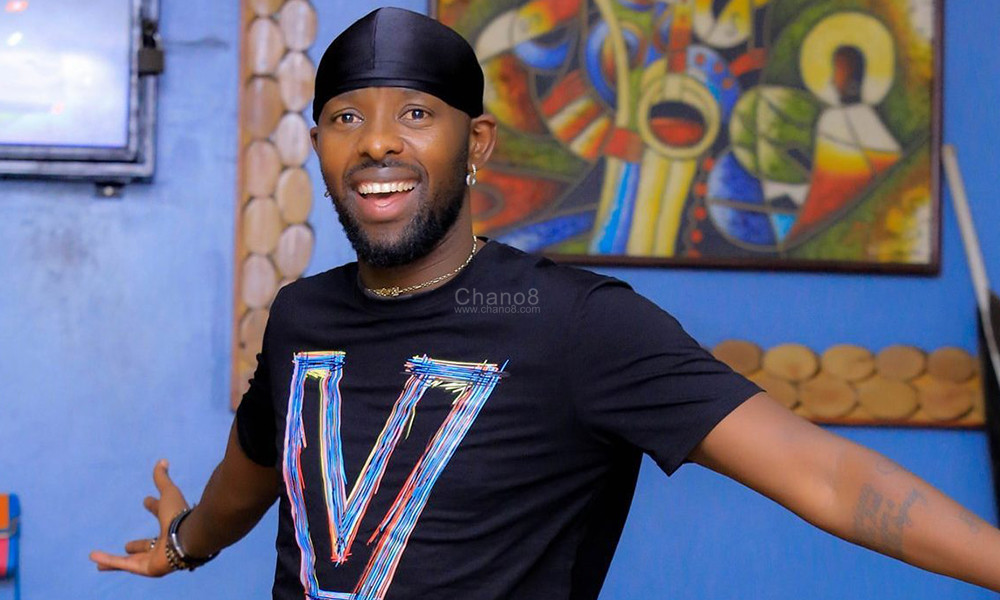 In the wake of the heartbreak after the love of his life and baby Mother, singer Rema Namakula left him for another man, it hasn’t really been easy for singer Eddy Kenzo to handle. However, with time, he will get over it and like they say, life will move on

Meanwhile, all this has been happened while Kenzo has been abroad and is set to return on Tuesday this week.

From the time he shared the news, fans have been sharing congratulatory messages as well consoling him over the depression he got when Rema left him

“We dedicated that award to ssebunnya and rema for them to believe you are talented guy” Read a comment from one Facebook user. “Forget about the past drama and keep moving the Ug flag high”. Read another comment

This is the 3rd award Eddy Kenzo has won at these African Entertainment Awards USA though in different categories namely ‘Video Of The Year’ and ‘Award Of Prestige’ in 2016 and 2018 respectively. 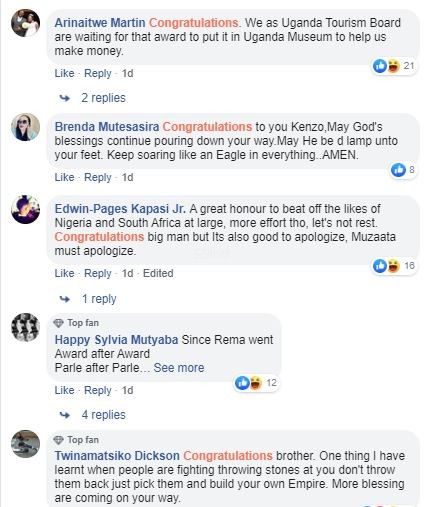 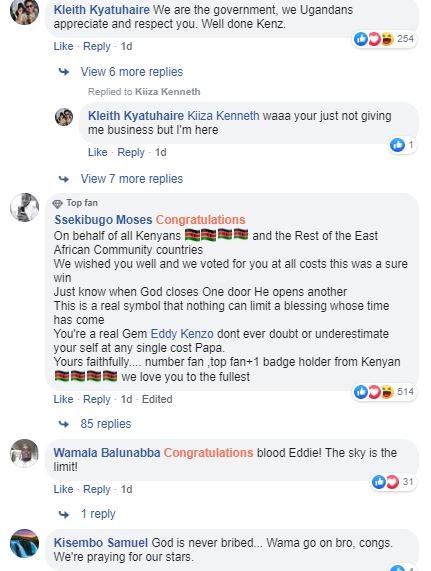 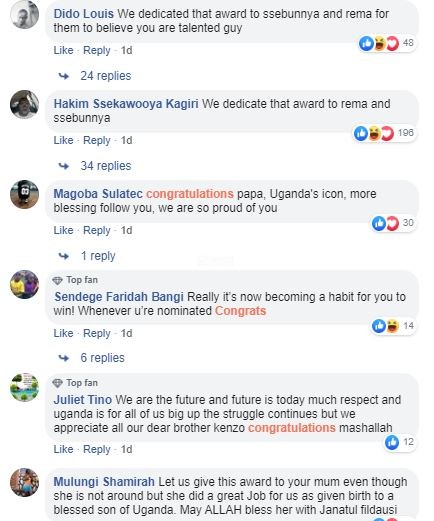 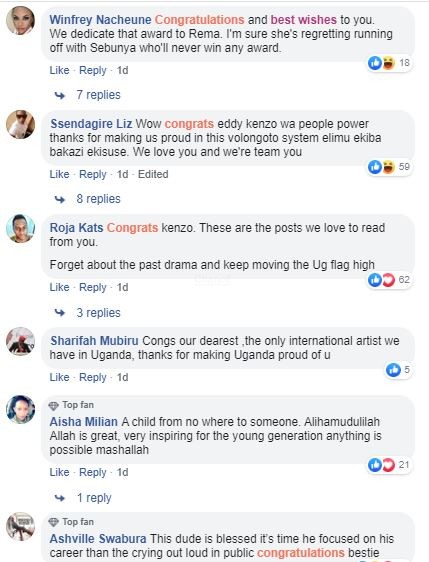 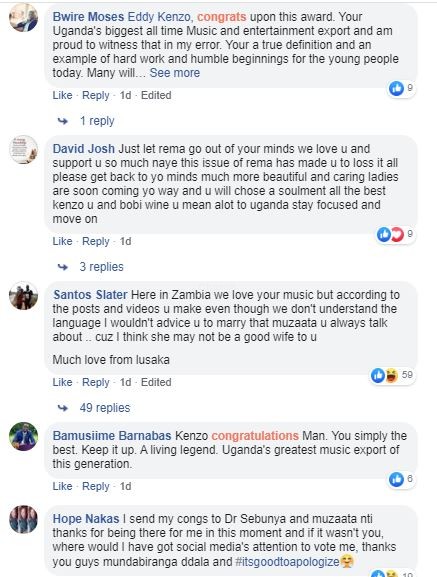