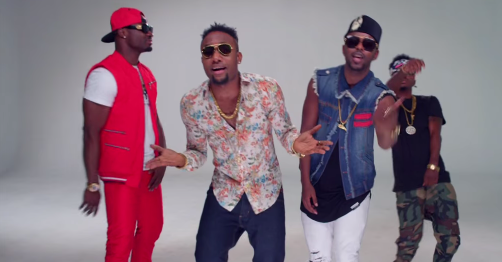 Having premiered it yesterday on NTV the beat the singer who refered to himself as an upcoming artiste on a global scale, left fans ecstatic with the quality and sound of the video.

A one Princess Caridad Renaud said ‘Nice mix of colors n sounds..Kenzo u did that! I can tell u guys had fun. Big ups Kenzo’

While Diane Durham Ogwa respected the job he has done by saying, ‘Fantastic Job,well done my friend!!!!! You did your thing like always EDDY’.

As much as they were some haters along the way, most fans were excited about the video  because it was more than what they had expected from him. Eddy Kenzo has really improved the quality of his videos, don’t be surprised if you see a spike in the number of subscriptions to his YouTube account or views.