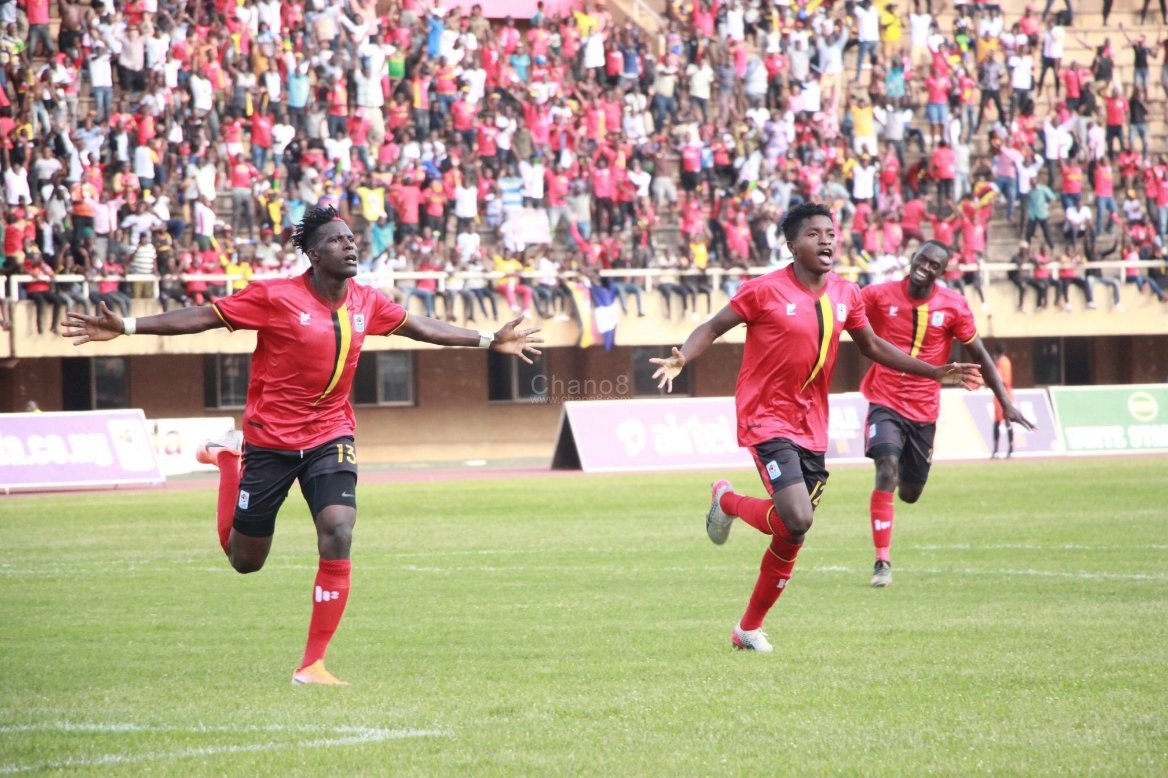 Emmanuel Arnold Okwi and Fahad Bayo scored in each half of the half as Uganda Cranes walked away with a much needed 3 points to go top of group B in the African Cup Of Nations 2021 qualifier match played last evening at Mandela National stadium in Namboole.

The East African side largely out played their counterparts from Southern Africa to register their first win, although wasted several chances that would have buried the game in first half.

The Cranes who settled for a goalless stalemate in the first game against Burkina Faso in Ouagadougou bounced back in style as they took on the Malawi Flames with urgency and purpose this time round.

Okwi who started on the right side of a three-pronged striking line opened the scoring after 29 minutes as the home side went straight to business with a flurry of attacks as they created chance after chance. 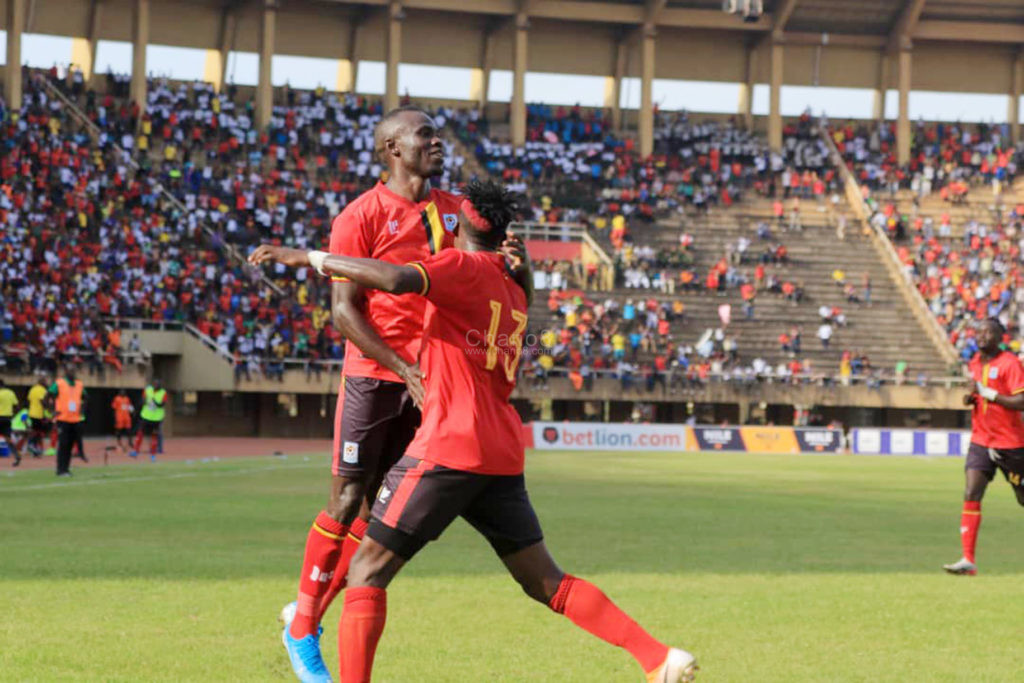 Most of the early pressure was orchestrated by left back Joseph Benson Ochaya whose drives into the opposition half and crosses caused lots of problems to the Flames’ defense from the left flank.

No wonder the opening goal came from the lanky defender who delivered a long cross into the area that Okwi controlled with a sublime first touch before blasting the ball into the roof of the net.

On the right Nicolas Wakira Wadada was equally proving a thorn as he unleashed some dangerous crosses into the area although the connecting touch was missing from his top most attackers.

The only threat from the other side was from Orlando Pirates forward Hellings Gabadihno Mhango, who shot from 20 yards after 8 minutes. But the home side continued piling the pressure with attacking midfielder Farouk Miya and Bayo missing some good chances. 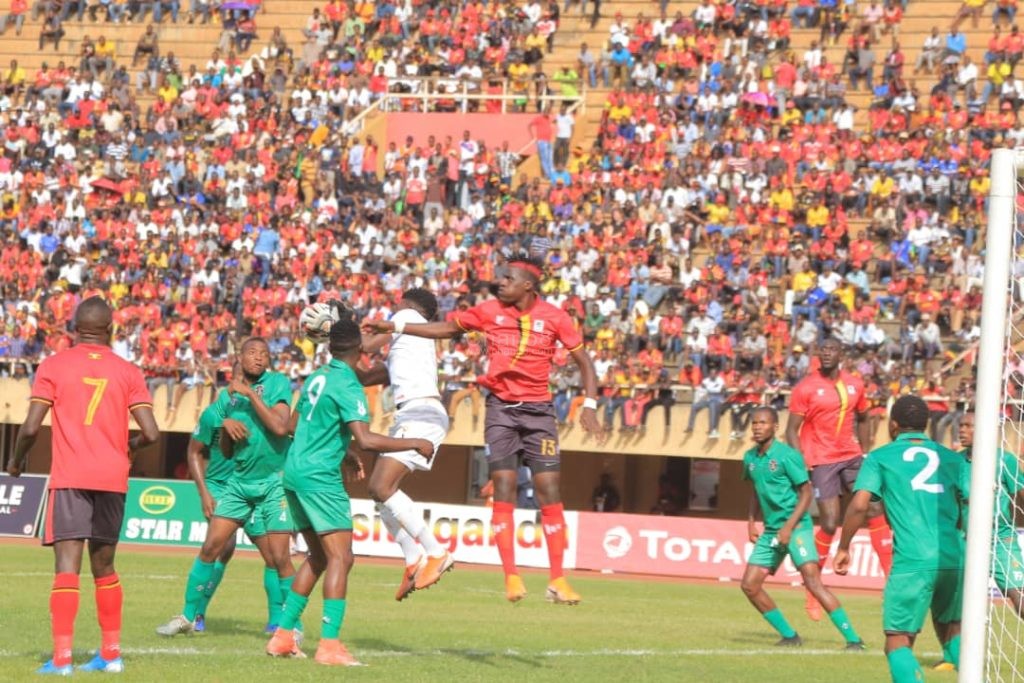 The home side missed several chances but the positive was that they kept creating more.

First half ended 1-0 for the home side and although second half started where the first ended, their were no serious talking points until defender Nurshid Juuko got injured from a slight scare at the Cranes goal and was replaced by KCCA skipper Denis Timothy Awany.

Vipers striker Fahad Bayo then made it 2 with a composed clinical curl from 20 yards out after dispossessing Peter Cholopi with 22 minutes left on the clock to send the home fans into a frenzy. 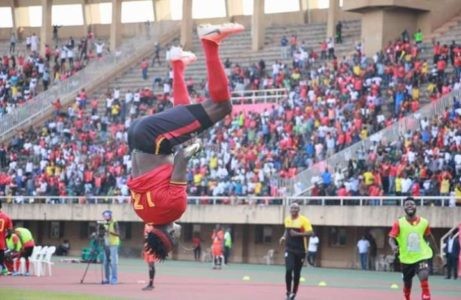 Jonathan McKinstry’s  side now go staright to the summit of group B with 4 points collected from 2 matches on goal difference as the other match played in Khartoum between South Sudan and Burkinao Faso ended 1-2 in favour of the latter who stay second while Malawi who had beaten South Sudan in the first game drop to third with 3 points.

When the qualifiers return, Uganda Cranes then hosts South Sudan in August 2020 at Namboole as Burkina Faso faces Malawi in Ouagadougou. The best two countries will make the grade for AFCON 2021 finals in Cameroon. 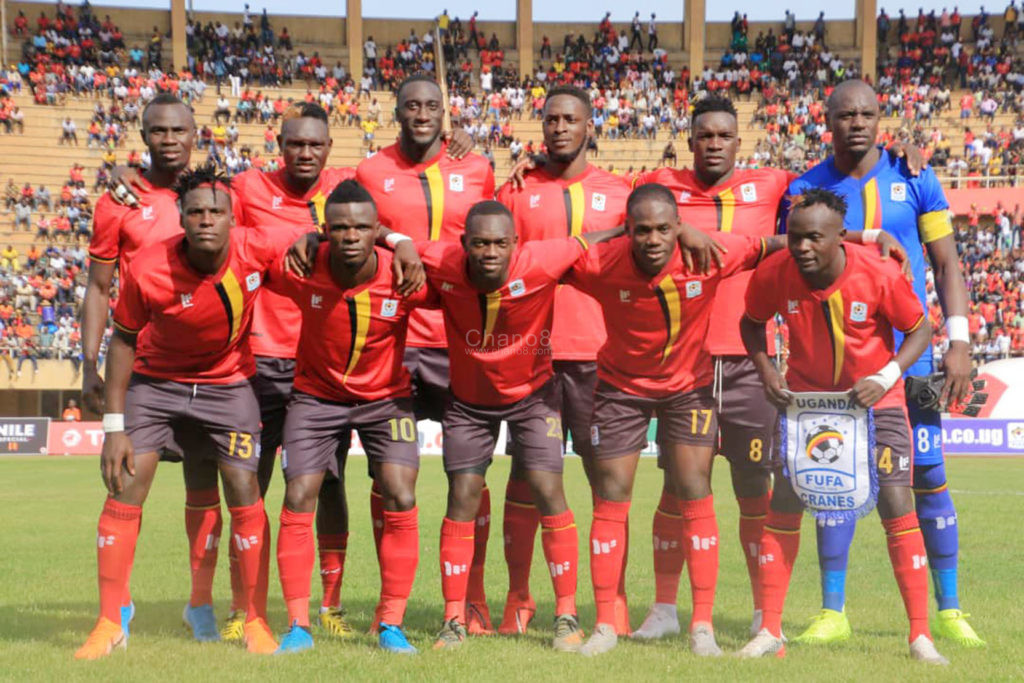 The Cranes team that lined up against Malawi yesterday.