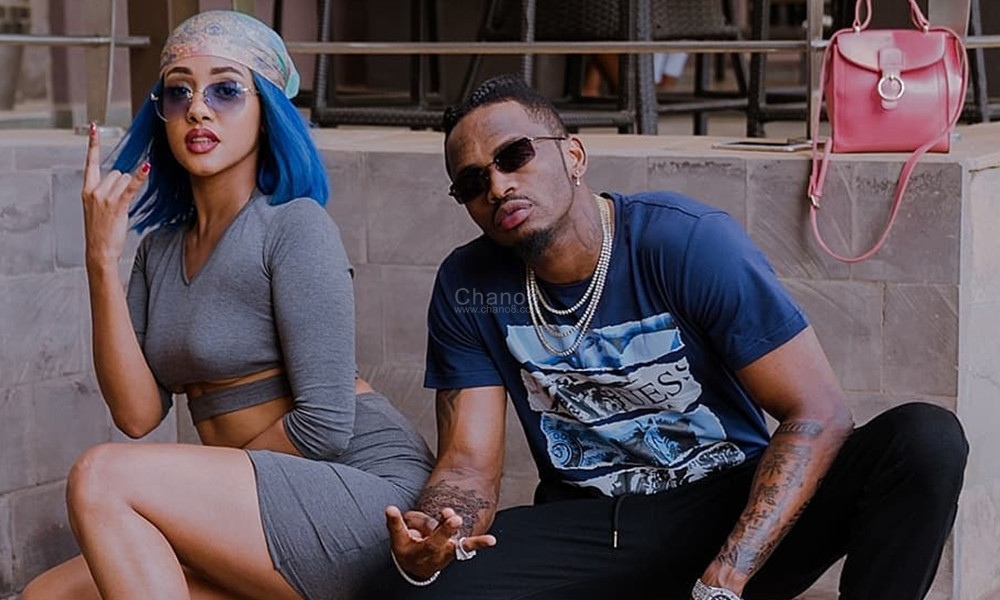 Just like any other women in love, Kenyan singer and radio presenter Tanasha Donna has again come out to defend her boyfriend and singer Diamond Platnumz. This comes just a month before the couple expect their first child.

On Tuesday, gorgeous Tanasha went live on her official Instagram account to respond to her fans’ burning questions. One fan asked her how many children she is planning to have with the celebrity singer and in response, she said “as many as possible”.

Another fan asked to know if Tanasha isn’t scared of being dumped by Diamond, who is infamously a serial ‘heartbreaker’.

She responded and said she wasn’t going to judge Diamond by his past, as long as he keeps loving her right.

“Everyone has an ex, everyone has a past. I had three different exes before I was with him so I cannot judge a person based on their past. I look at a person’s behavior in the present, if you treat me good now then we’re good,” said Tanasha.

Diamond and Tanasha have been dating since last year when his relationship with Ugandan socialite Zari Hassan came to an uprupt end after Zari accused him of cheating.

However, singer Diamond has dated many East African celebrities that include Models Wema Sepetu and Hamisa Mobeto and Uganda’s Zari whom he sired two children with.

However, with Tanasha, Diamond seems to have found his right woman. The couple was supposed to wed this year in February but later postponed to another date later this year. Meanwhile, the two love birds are expecting their first child in a months time