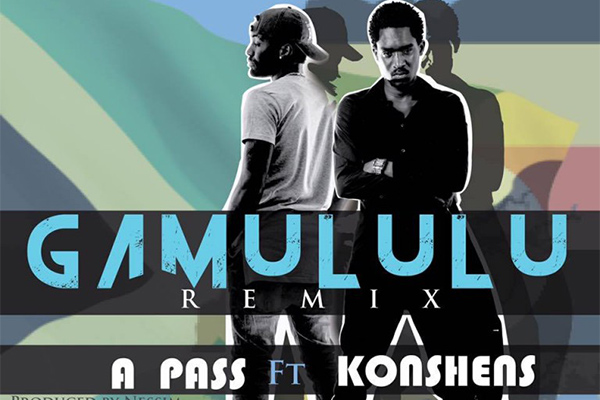 The long wait is finally over A Pass has released his Gamululu song featuring Konshens. After several weeks of build up the young talented artiste, put an end to the speculation when he released the song a few hours ago.

On how he got Konshens on the remix, A Pass revealed how fate took its path. During the last Konshens and Busy Signal battle show he managed to perform at the event even though he was sick.

‘The funny thing is that on this day I was very sick but I still performed because I would not miss this opportunity, I tried my best but it was not what I really wanted, I felt like I failed myself with my performance and my voice due to the sickness but I did my part and left the stage. ” Up next was Konshens he said before adding ‘A while after his Performance we met and took a picture, he told me good work that’s all he said, I told him blessed thanks and I felt happy and encouraged.’

Fast forward to this year, Konshens agreed to voice his Gamululu and that came as a surprise to A Pass.

‘He asked me what the song was all about and the next time I heard from him, He had voiced the song…… I couldn’t believe it but I had to.’