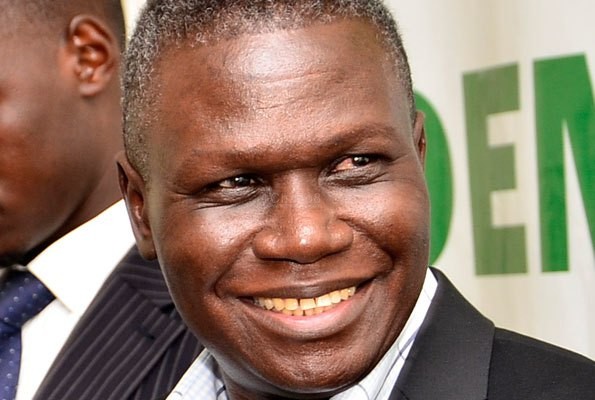 It looks like the Bobi Wine and Bebe Cool mix-up is not about to stop because politicians are commenting every now and then regarding what is happening in the industry.

After Afono Opwondo, Tamale Mirundi and a host of other public figures gave their views; Democratic Party President Nobert Mao has also come out and aired out his views saying that Bebe Cool is a fool who deserved the treatment he received.

“Stupidity is not a criminal offence but it may cause some one problems. I denounce any form of violence and we as DP do not encourage anybody to throw stones at the other but Bebe Cool deserved it,”

“We should not stoop to the level of hating anyone. Only love can save a hurting country badly in need of healing”. Mao said 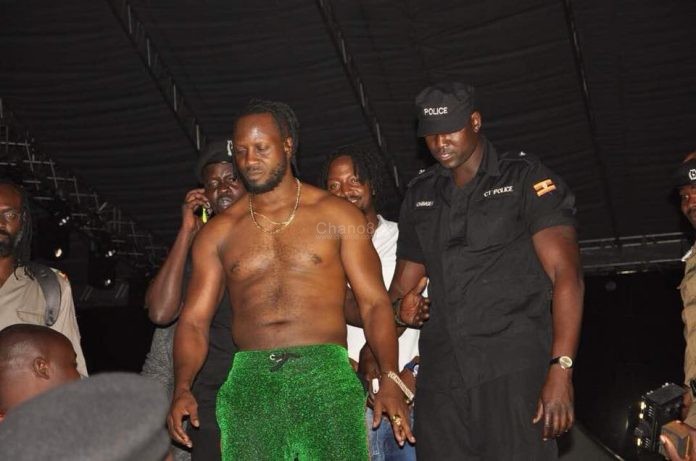 Bebe Cool being escorted off stage by security at the All Star concert.

“Stop thinking like a fool, Ugandans are seeing you,” Mao warned Bebe Cool.

Nobert Mao also advised the artiste to go slow with his comments which will keep haunting him in future. This follows the recent incidence in which Bebe Cool was whisked off stage after rowdy ‘People Power’ fans started throwing bottles at him in the recently held Swangz Avenue All Star concert that featured Tarrus Riley in Lugogo Cricket Oval. The fans felt aggrieved after Bebe Cool’s nemesis Bobi Wine was recently arrested and reportedly tortured by security operatives.

Mao made the comments while addressing journalists at the weekly DP press briefing yesterday. Bebe Cool has since then suspended all his public performances indefinitely.