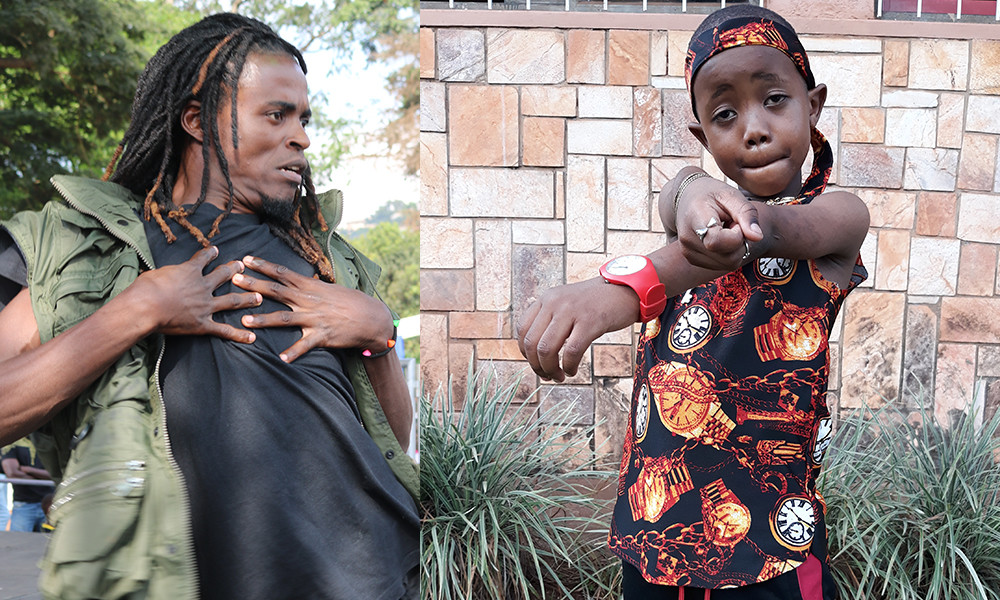 There was an event Fresh Kid shared stage with Fik and after their performance, Fik told the young rapper to get in contact with Webly who was supposed to take him to his (Fik) place so that the two rappers could work together on some projects.

This however didn’t go as planned because of Wembly’s endless demand of money everytime Fresh Kid and his management team approached the dancer to link them with the ‘Kutama’ hit singer.

In a video that made its way on the international network, Fresh Kid is seen ranting as he narrates an annoying story of how Wembly made it hard for him to meet Fik Fameica.

The most annoying thing, after Wembly made it hard for the young boy to work with his favourite rapper, he (Wembly) has now come out to claim that Fresh Kid belongs to his foundation after he released a single  ‘Banteka’ which has turned into a hit.

“Fik Fameica told us to get Wembly’s contact so that he could take us to his residence. However, everytime we would meet Wembly, he used to ask for money from us. When we saw no future in him, we decided to leave him. Now I have a hit song and he is now looking for me and all these things are just annoying me” Fresh Kid said