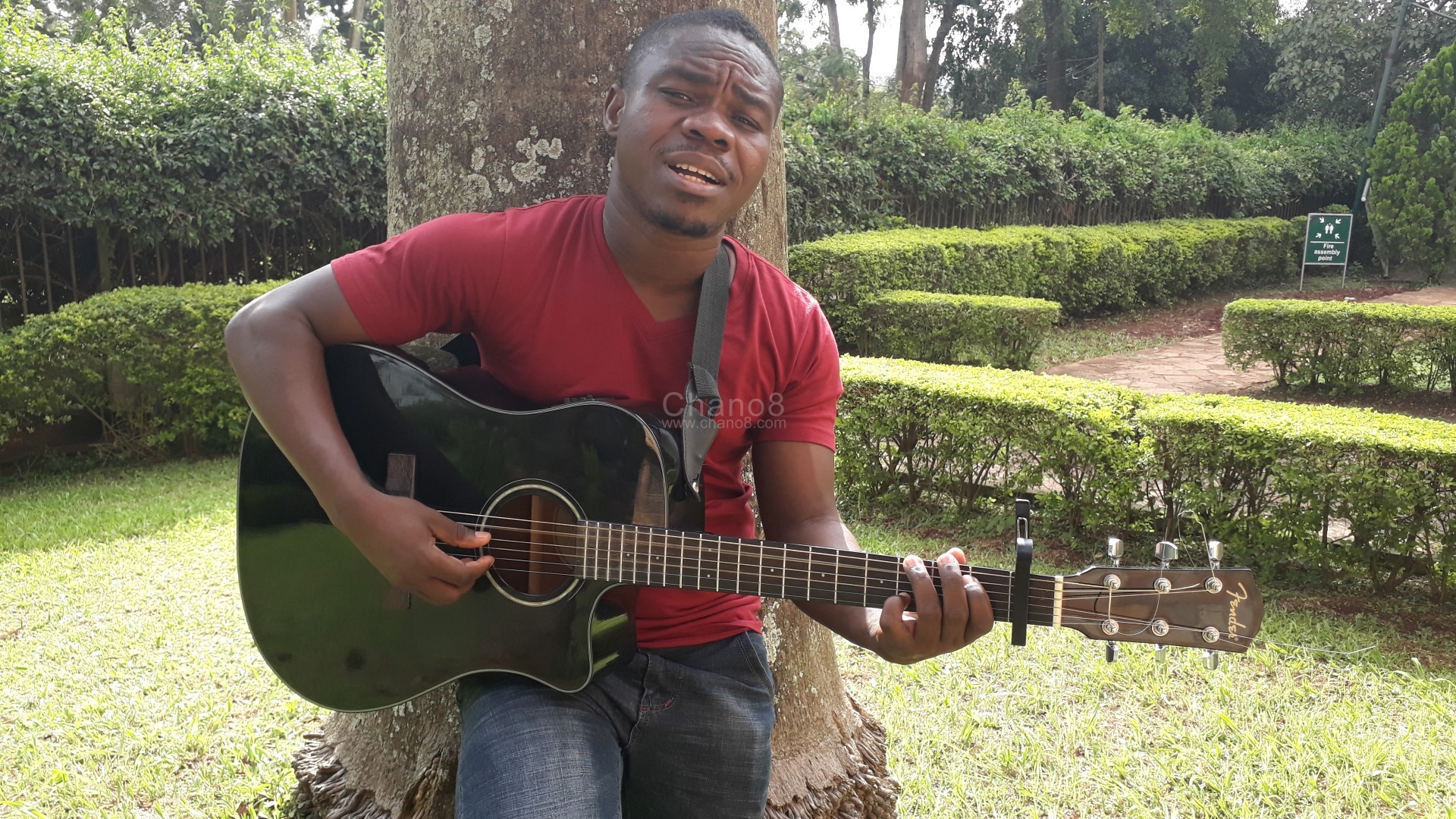 When he holds his guitar and begins playing it, he changes the mood of the revellers and to those who have watched guitarist and vocalist Charmant Mushaga perform will agree with us that he is indeed good when it comes to guitar playing. The Ugandan based Congolese is not a joke and this has seen him perform and thrill fans at different big events around town.

His journey to Uganda started during the Democratic Republic Of Congo’s war not many years back and it saw him take refuge and the nearby place was none other than Uganda, also known as the Pearl Of Africa. On settling in Uganda Charmant did not sit on his talent that has made him one of the most sought after guitarists.

Apart being a giutarist, Charmant is also a talented vocalist and song writer with songs like ‘Adonde Ire’, ‘Afro Penzi’, ‘I Wanna Dance’, ‘Pole Pole’, ‘In Africa’ among many others. He  recently shared his with story with Chano8’s Habre Muriisa and here is how it went down

Chano8: We are told you came to Uganda as refuge, take us through all this.

I came to Uganda because there was a war in my country so I was running away saving my life looking for where I can find a place to sleep peacefully and start my vision there  so I found myself in Uganda and I have never regretted.

Chano8: Share with us briefly  about your journey from Congo to Uganda as a refuge seeker and how you came to Kampala city.

I actually came straight to Kampala because I came in from Goma though I am from Bukavu . From Bukavu I used a boat to Goma and from Goma I used Bunagana route to come to Uganda and I just found myself in Kampala.

Chano8: After successfully settling in Kampala, we now see you among the most celebrated and sought after guitarists and vocalists. How was this so fast?

(Smiles) Actually where I am going, it’s like an East African standard, one of the best in East Africa though in Uganda I am the best let me say so because I am not ashamed to say so. I can prove it and this is not something to take for granted, I am actually proud of who I am and who God has made me to be.

Chano8: What do you think has made you become the best guitarist and vocalist?

What can make you the best is not because of you playing nice guitar No, it comes from you being talented and then your character. How do you handle your talent with people because after they see you playing nice guitar on stage, they are curious to know how your character is, your personal life and how you live it. I thank God for that and whoever says Charmant is the best today is because I have played at most of the biggest shows and almost every successful band in town, I have helped them somewhere.

Chano8: We are told you are a vocalist, tell us more about this.

I am not just a guitarist, I am a vocalist because I am a songwriter and I compose most of my songs.

Chano8: Which events have you showcased your guitar playing skills and vocal ability at?

I have been at the Bayimba Festivals, Doa Doa and big artistes’ shows like Isaiah Katumwa, Hugh Masekela and most of our local artistes like Eddy Kenzo, the battle between Bebe Cool and Goodlyfe, Judith Babirye, Exodus, Limit X,

Chano8: Where do you see the future of guitar playing in Uganda?

Every good thing starts in a humble way and few years ago we didn’t have guitarists in Kampala, you could look around and no one was there to play the guitar but today we have many guitarists and it’s paying well. No guitarist can cry that I don’t have money to pay rent because they are working hard and I am mostly proud of those I have inspired that are doing well here in Kampala and in Nairobi 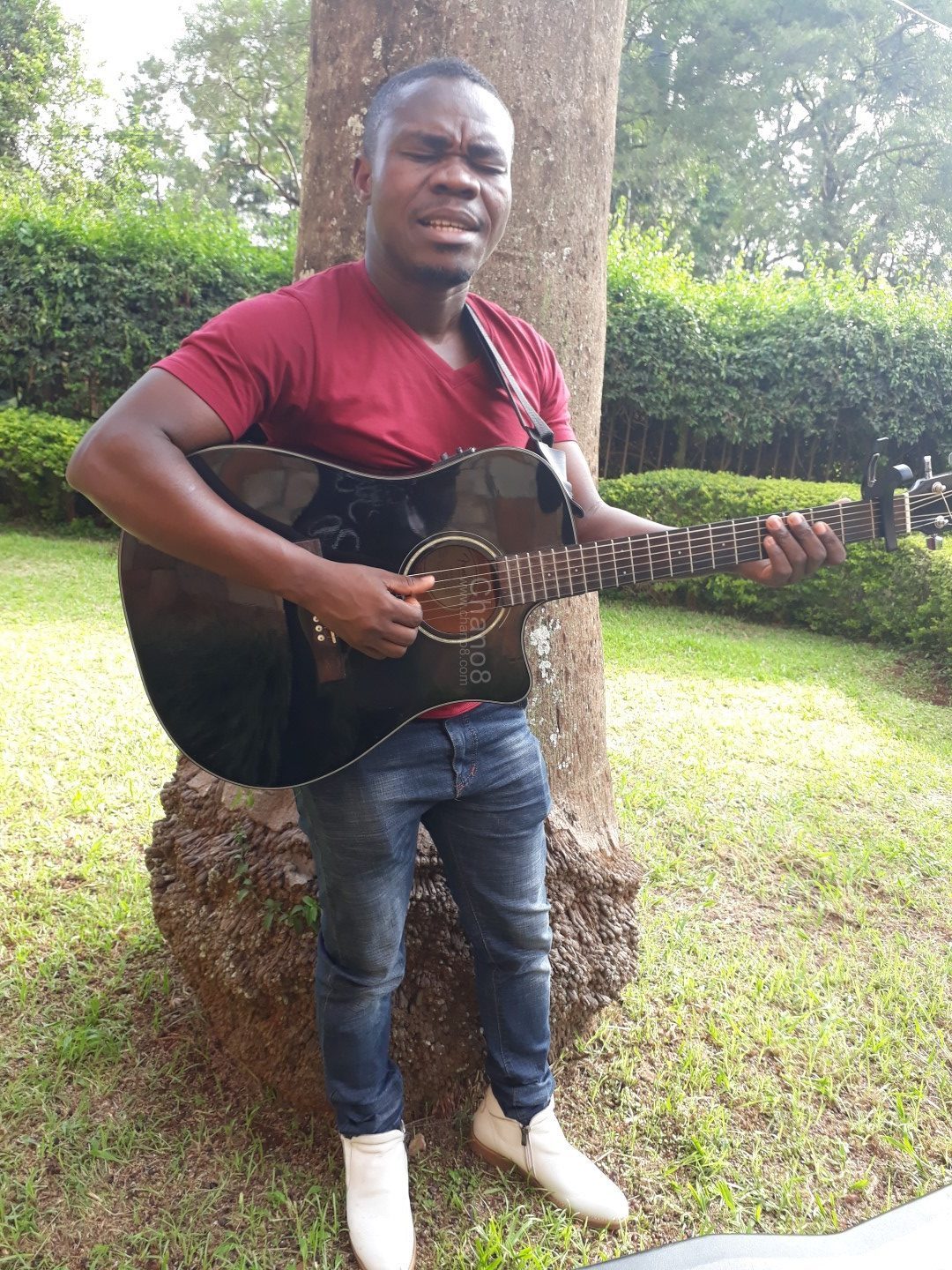 Chano8: Tell us your life as a guitarist In Congo

I was playing bass guitar and electric guitar.

Chano8: Talk about your fan base as a guitarist in Uganda.

I am very happy that everyone who knows Charmant, the first image that comes to their mind is a good guitarist and I like it because my fans are those who love things that don’t just expire. We have seen many people releasing songs and in two months you can’t listen to those songs. I did something different  at Qwela Junction’s ‘Guitar Maestros’ edition and up to now it is still leading  and if you mention it, people still remember so I am proud of my fans and I can never disappoint them.

Chano8: Where do we  see Charmant in 5 or more years from now? Are planning to permanently settle in Uganda or go back to Congo?

I am not just a vocalist and guitarist, I have a vision and one is building schools in Uganda and in my home country, helping street kids, supporting my fellow refugees. This is something possible and it is just a matter of how you strategise it. I want to do a show soon to give back to the refuge community

Chano8: What is your comment on Ugandans’ reception towards guitarists and vocalists?

To be honest with you, if you have watched my previous live performance, the response I get is always encouraging me and that show me that Uganda is enjoying the talent we have and am seeing it growing to another level.

Chano8: Your last remarks for your fans

Never do something because you know it or because you went to school but find a way for God has a space in you so that you can everything in a perfect way. Do what you are doing with God